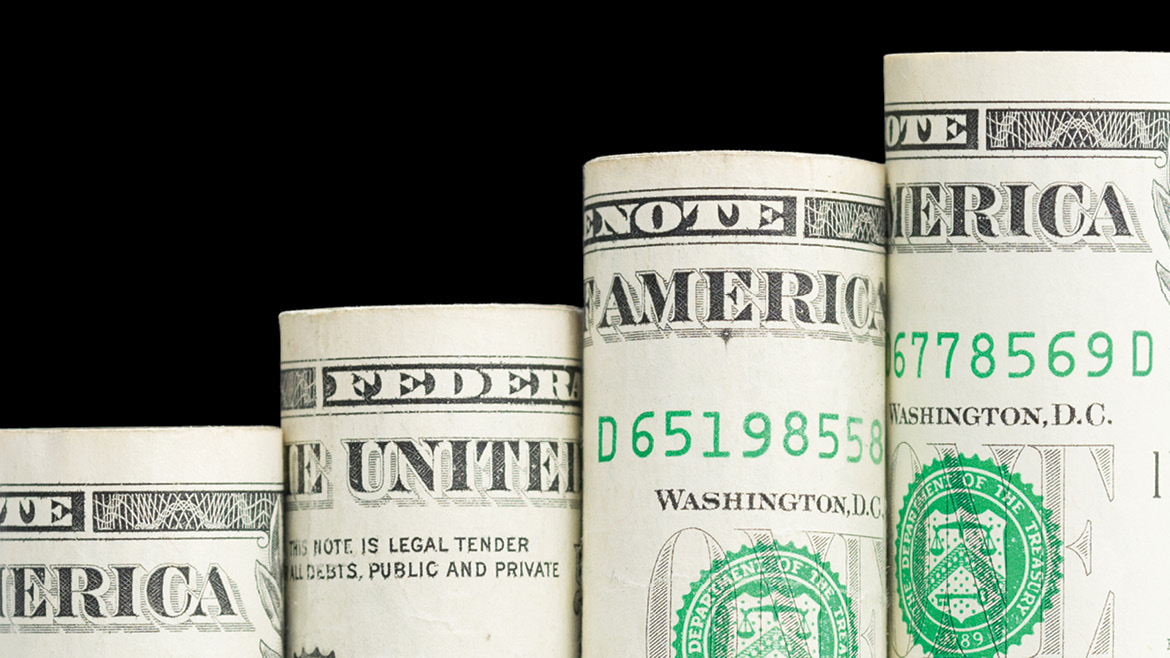 As Missouri raises its minimum wage over the course of the next four years, business owners are already feeling the effects.

Lydia Melton watched with interest as the Proposition B results trickled in last November.

The ballot measure, which called for an incremental increase in the Missouri minimum hourly wage for workers from $7.85 to $12 by 2023, passed with more than 62% of the vote. A new $8.60 hourly wage went into effect on January 1, and the measure calls for the rate to increase by $0.85 a year for the next four years.

Melton, owner of the Günter Hans European Pub and Café in downtown Columbia, knew what the proposition’s success would eventually mean for her business and its patrons.

“People just need to realize the consumer always pays,” Melton says. “If (raising the minimum wage) is what they want and that’s what is important to them, that’s going to be the end result. I don’t pay it. The consumer always will.”

Melton and other small business owners in Columbia are beginning the process of grappling with the reality that, as the price for labor increases, their profit margins will logically decrease unless revenue increases outpace expenditures.

One method for making that happen: higher sticker prices on their products. Even if a business is already paying its employees comfortably above the minimum wage, labor cost increases further back in the supply chain have a way of multiplying by the time the goods reach their final destinations.

Take, for instance, that glass of domestic beer you’re enjoying at your favorite watering hole. If the farms where the raw materials to make the brew come from are in states that raised their minimum wage in 2019 — as 18 did — then those raw materials probably cost the brewery more. If the brewery is in one of those states, then the manufacturer probably charges a regional distributor more and that distributor raises prices on the product for its consumers: the bars and restaurants.

Melton says she recently received a keg from a company that she usually prices out at $4 a beer to make her margin. This time, it came in at $6.50.

“When you look at supply and demand, it’s inevitable,” Melton says. “Prices are just going to go up across the board, but slowly over time. It’s already happening.”

In short, Columbia is feeling the localized version of nationwide trends. National restaurant chain Texas Roadhouse, for example, announced during a February call with analysts that it was planning on raising menu prices another 1.5 percent — following a 1.7 percent increase just three months earlier — to keep up with increasing labor and commodity prices.

Other Columbia business owners say that, while they haven’t felt the squeeze yet, they’re preparing for it a few years down the line as the minimum wage continues to increase.

Mike Nolan, general manager of The Blue Note and Rose Music Hall concert venues, and Michael Urban, founder and owner of Harold’s Doughnuts, both say they’re already paying their employees above minimum wage and have been doing so for the past four or five years. Nolan employs around 40 people and Urban counts 22 workers, most of them part-time, on his roll.

Harold’s raised its prices a couple years ago, Urban says, in response to increased prices on flour and sugar. Nolan says price changes could be on the table at his venues, but only because they’re past due for a re-evaluation.

“We haven’t sat down and talked about it in four or five years,” Nolan says. “There may be some changes coming down the pike before the year is over. But, if and when those would happen, I don’t really think it would be directly related to the raised minimum wage. More so just inflating costs of goods in general across the country and state.”

Melton is in a bit of a different situation than Nolan and Urban, as most of her 20 employees work on a server’s wage plus tips. In the state of Missouri, businesses are required to pay tipped employees at least half of the state hourly minimum wage – so $4.30 for 2019 – as a base salary, plus any additional salary to bring their total hourly rate up to the state minimum.

On the national level, Melton says, there are two factors at play when it comes to the future of food-service wages. One is the push to raise the national minimum wage from $7.25 to $15 an hour. The other is the pay-clarity movement that wants to eliminate the “tipped minimum wage,” currently at $2.13 an hour in the U.S.

Democrats introduced the Raise the Wage Act, which seeks to codify both of these changes, in the U.S. House of Representatives in January.

The problem with that, in Melton’s view, is that her servers already average between $15 and $30 an hour, so the new minimum wage would represent a pay cut. Unless she wanted to start them from a base of $15 an hour, with tips on top.

And you know what that would mean.

“I have to triple my prices,” Melton says. “Your beer was $5, it suddenly becomes a $15 beer, in very rough math. When you think about it that way, it’s going to trickle down. My servers would rather not know what they’re going to make but make between $15 to $30 an hour rather than get a flat $15. The math does not add up for them.”

Melton is concerned that the good intentions behind a raised minimum wage will be drowned out by negative consequences. In March, McDonald’s announced that it will no longer commit lobbying resources to fighting the rise in minimum wage.

So where will the fast-food giant go to maintain its profit margins?

“They’re automating,” Melton says. “So, before when you would see 12 people working on a breakfast, now you go in and see six. You see kiosks. It scares me because it’s one of those ‘when helping hurts’ situations. We think we’re helping, but I don’t know if we are.”

Urban says that, when he talks shop with fellow Columbia small business owners, discussion still centers on the traditional daily headaches — attracting and retaining talent, marketing the product, and getting customers in the door — more than the effects of increased labor costs.

Though they may come to the forefront soon.

“It’s been something that has been operating beneath the surface for a while,” Urban says. “My expectation is, over time, that it will rise in temperature as it starts to tier up and we go down the path here. My guess is that’ll be a hot topic.”

Missouri is one of 29 states that offers a higher minimum wage than the federal $7.25 hourly rate. It is also one of 16 states to have annual scheduled increases currently on the books.