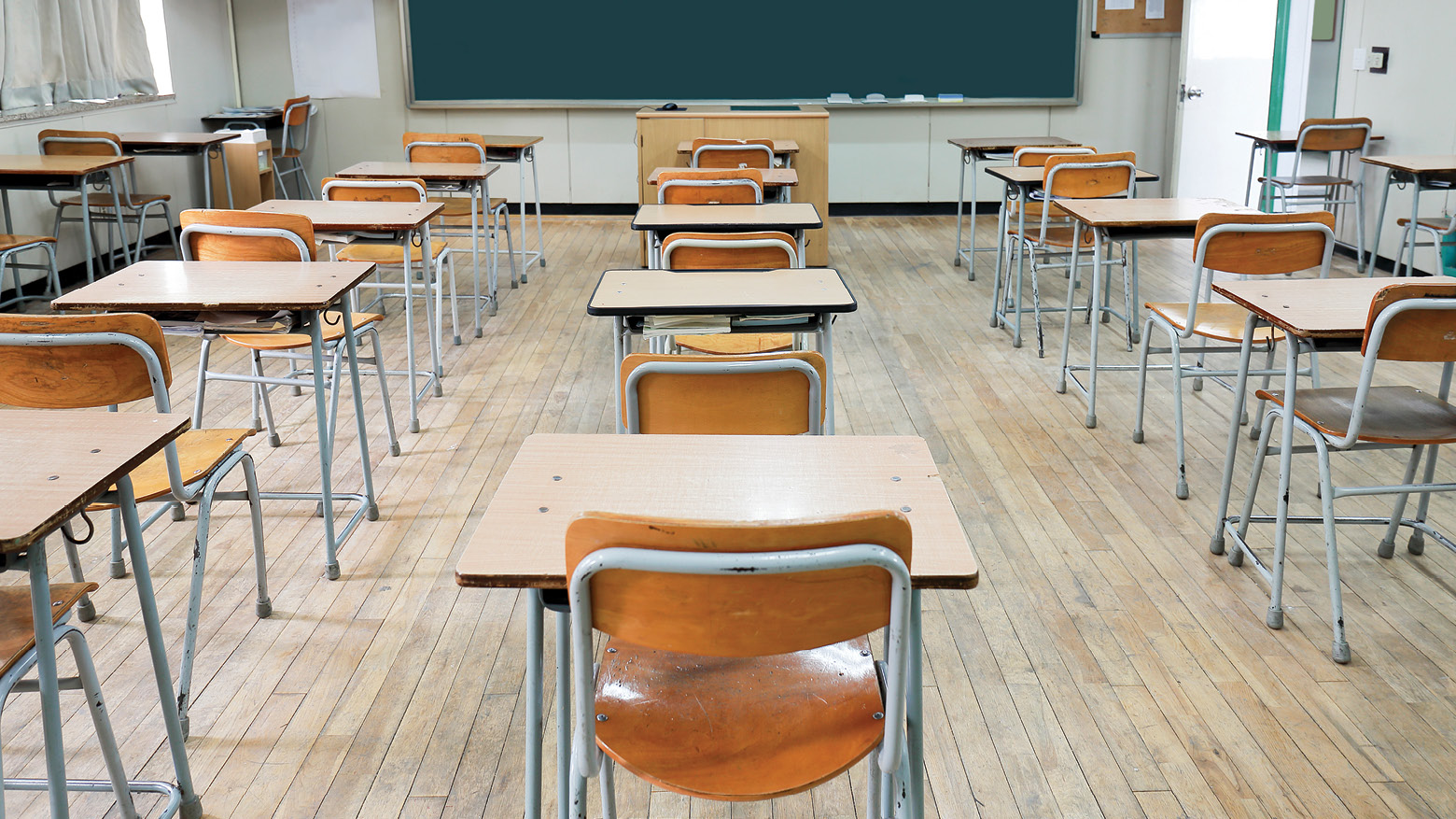 How Columbia’s educational unions are advocating for better education.

“There’s not many watchdogs out there for public educators,” says Kathy Steinhoff, president of Columbia Missouri National Education Association, or CMNEA, and Hickman High School math teacher. But for Steinhoff, the National Education Association, an organization that advocates for public education by both unionizing teachers and providing professional tools, has given her support.

The national association has many state affiliates, including the Missouri National Education Association (MNEA), and local affiliates like CMNEA and the Coalition of Graduate Workers at MU.

Voice to be Heard

CMNEA has been an active association for 30 years, but they only gained their bargaining rights with Columbia Public Schools seven years ago. Their main goal is to improve the education of students; improving working conditions for teachers is one way this can be done.

While CMNEA bargains for both financial and nonfinancial issues, most of their topics are nonfinancial and focus on issues that would improve teachers’ work conditions. One example is the desire to increase planning time for teachers. It is increasingly more difficult for teachers to accomplish all their tasks in the traditional 50 minutes allotted them, says Steinhoff. With technology expanding, teachers are expected to provide feedback to students, communicate with parents, and create outstanding lesson plans within small amounts of time.

When teachers leave the education profession, a majority explain that it’s because “they don’t feel heard,” says Steinhoff. Resources like CMNEA and bargaining are ways for teachers to get their needs expressed.

The organization currently has around 650 members, all teachers and educational support professionals that work anywhere from preschool up to the high school level.

“We believe teachers are experts in the classroom. They are the voice for students. In CMNEA, we fight for that voice,” says Steinhoff.

The CMNEA bargaining season runs from February to May and they hold eight meeting sessions during that time period. At these sessions, the CMNEA executive team recruits members to be a part of their bargaining committee.

Steinhoff says that recruitment can be difficult sometimes, as it’s an extra time commitment that can be intimidating for teachers “sitting across from their bosses and having difficult, honest conversations.” To be the best bargaining committee it can be, CMNEA tries to find a mix of teachers for its representation, ranging from the elementary to high school level and from long-time teaching veterans to brand new teachers.

While CMNEA recruits its bargaining committee members, CPS’s school board appoints administration, an attorney, the district’s director of HR, and the chief finance officer to represent them. But this set-up could be changing soon: CMNEA recently filed a lawsuit against CPS for allegedly bargaining in bad faith.

Giving Back to Education

Since CMNEA is also a professional association, they provide members with resources like workshops and grants to support professional development. In 2019, CMNEA awarded 10 miniature grants to members throughout CPS. Steinhoff explains that these grants are typically used to fund small classroom projects like classroom libraries, guest speakers, and transportation for field trips. They also provided five Columbia seniors with scholarships to continue their education at the post-secondary level.

When discussing the benefits of being a CMNEA member, one of Steinhoff’s reasons is how the organization gives back to education. “I know my dues support and help public education,” she says.

In April 2016, CGW formed out of the Forum of Graduate Students Rights after an 80% approval vote from members. Currently, there are approximately 200 members, and the organization is hoping to continue expansion. “Actions together have more influence than they do separate,” says Vierling.

CGW does not have bargaining rights with MU. The university appealed a 2018 ruling in the Boone County Circuit Court that graduate workers qualify as employees and have rights to unionize. A court date is set for June 2019, in the Western District Court of Appeals to determine whether CGW will be granted bargaining power.

Despite not having legal bargaining rights, CGW and MU have been able to work together to improve working conditions for graduate workers, including increasing the minimum stipend for workers in order to accommodate the rise of living expenses in Columbia.

History in the Making

When asked about how a teacher union could have enough influence on the court decision, Dale Roberts, executive director of the Columbia Police Officer’s Association and a retired attorney, says that the number of teachers in the education profession is large compared to other professions. Since educator numbers are so strong, they have a more impactful influence and have more money in dues they can spend on attorneys.

As Roberts explains, teachers also have support from parents, too. “If you have kids, you deal with teachers. And you want your kids to have good teachers,” he says. “So anyone who has kids is sort of automatically a lobbyist on behalf of the teachers.”

As Steinhoff, Vierling, and Roberts all indicate, the primary focus within education associations, especially CMNEA and CGW, is improving education for both educators and students.

Primary Goals of the Coalition of Graduate Workers

Organizing: Reaching out and encouraging other graduate workers to join.

Community and Solidarity: Building coalitions with both the Columbia community and other local unions.