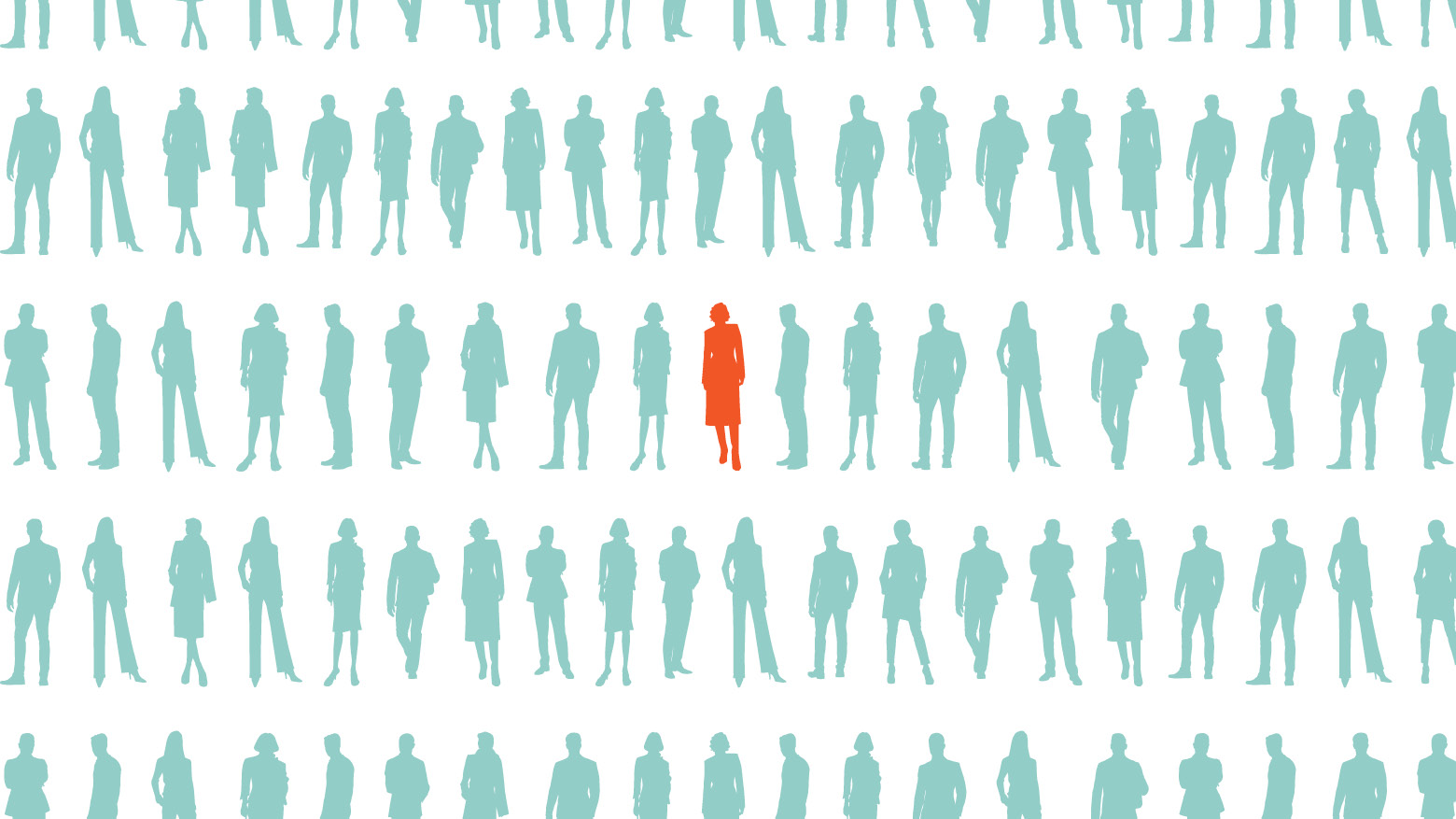 Why do so few women run for office when they win as often as or more often than men?

Following 2018’s historic year for women in politics, a record-breaking number of women were sworn into U.S. Congress in January. Despite these gains, however, women still account for just a quarter of U.S. congressional seats. This trend is typically found at the state and local levels, as well.

Columbia and Boone County governments are a mixed bag when it comes to gender parity in elected positions. Only one woman has served as mayor, and city council has been predominantly male for decades. Currently, only one councilperson is female, Dr. Betsy Peters, who represents the sixth ward.

As is typical nationally, the school board is predominantly female, with four of the seven seats occupied by women. Boone County elected positions, such as commissioner, auditor, and county clerk, have been predominantly female for more than 20 years, which bucks the national trend.

To understand these trends at every level of government, women’s political ambitions have been the subject of numerous studies by major universities and nonpartisan think tanks over the past few decades. In general, the research has concluded that women can fundraise, campaign, and win elections at rates comparable to and even higher than their male counterparts. The trouble is that so few women run for office to begin with. Why is this the case, and what opportunities exist for women to get involved in politics here in Mid-Missouri?

“It used to be that when a woman said she wanted to run for office, one question she was asked was, ‘Who is going to care for your children?’, which is a question that was never asked of the male candidates,” remembers Marilyn McLeod, retired librarian, political history enthusiast, and active member of the League of Women Voters of Columbia-Boone County for more than 30 years. The LWV, which will celebrate its 100th anniversary this year, is a nonpartisan civic organization originally dedicated to helping women become involved in the political process after winning the vote in 1920; it now strives to help all citizens to be informed.

While female candidates are less likely to be asked the question of family care today, the pervasiveness of traditional gender norms is one of the biggest factors keeping women from seeking public office. Women tend to have a disproportionate share of household duties, child care, and caring for aging family members, making it hard to add a political career to their plates. And many women have their own professional aspirations to reconcile as well.

Though her children were grown when Peters decided to run for city council in 2014, she was still a practicing neonatologist at MU Women’s and Children’s Hospital. She recalls having to leave council meetings that ran late so she could be rested to see patients the next day. She has since retired from the hospital and ran uncontested for another three-year term on council in 2017.

“It’s nice that I’m retired because I have time to do it more. If you don’t count council meetings, it’s about 10 hours a week,” Peters says, adding that city council can be a great opportunity to get involved in the political arena if you don’t have many evening obligations with children or work. “It is volunteer, though, so to some extent you put in as much time as you have. And people are very respectful of that.”

Though not a mother, Karen Miller was the owner of 1839 Taphouse when she decided to run for Boone County Commissioner in 1992. She ran against seven male candidates in that race, which she won, and held the position until she decided to retire in 2016. Unlike city council, though, county commissioner is a full-time job; after a year in office, Miller decided that running a business and holding office was too much, and she sold the restaurant. She did find, however, that being her own boss gave her the freedom she needed to run in the first place.

“Having owned my own business gave me a leg up because it gave me flexibility,” Miller says. “Taking vacation leave is a big barrier for women running for office unless you have a very supportive employer who wants you to be elected. Women tend to have jobs that don’t give them that flexibility.”

The Challenges of Campaigning

Beyond flexibility, campaigning itself is an aspect of running for office that often deters women.

Research shows that smear campaigns and the public scrutiny to which candidates and their families are subjected to when running for state and federal elections are common deterrents for women who might otherwise be interested in seeking office. But these negative factors often are absent or reduced in city and county races, and the need for campaign fundraising is greatly reduced at the local level.

Peters and Miller say they fundraised by talking to friends and professional ties but also agree that it was less about fundraising and more about connecting with people one-on-one.

“This is a small enough town that it’s really about the door-to-door campaigning,” Peters says. “And that doesn’t cost money. It costs time and a little bit of shoe leather and somebody to make up a flyer that you can hand people.”

Miller spent a lot of time campaigning door-to-door as well, and she invested in inexpensive campaign swag that was easy to personalize with her name and hand out to potential supporters, like water bottles and hand wipes. Having a campaign manager who can handle the details also lessened the load for both women.

Even when juggling home and work is doable and the task of running a campaign seems less daunting, women face another barrier to seeking office: They’re not asked to.

It is well documented that women, unlike men, tend not to apply for jobs for which they don’t feel 100% qualified, and the same applies to running for office. Perhaps not surprisingly, women nationally are recruited to run for office far less than men. This means that women have to take initiative to kickstart their own political ambitions.

“I think more women have to be asked to run,” Peters says.

When Councilwoman Barbara Hoppe decided not to seek re-election, she asked Peters to run in her place. Though she had to be asked to run, Peters’ limited government experience (she was an alternate on the city’s zoning commission) did not deter her. Similarly, Miller’s political experience was confined to working on others’ campaigns, but she had the self-confidence to believe she was better qualified for county commissioner than her seven male opponents. They agree, however, that knowledge of how local government works is essential. Peters suggests attending city council meetings and candidate forums to get a sense of procedures and what issues are on the minds of voters.

Occasionally, the LWV hosts helpful workshops like its well-attended “How to Run for Office” workshop; the event in 2017 included Hoppe, Miller, and former state representative Nancy Copenhaver speaking about all the aspects of running for office.

“It’s a lot of work [to run for office], no matter what,” McLeod says. “You’re putting yourself out there. Kudos to those folks for putting themselves out there and serving for the public good.”

If jumping into politics doesn’t seem possible right now because of work or family obligations, don’t retire your political ambitions altogether. Instead, Peters and Miller suggest finding an issue or topic that interests you, getting involved, and starting to network: Volunteer for the PTA at your child’s school, serve on a nonprofit board, join a chamber of commerce committee, get active in your neighborhood association, or apply to be on one of the city’s many boards or commissions.

Miller adds that it doesn’t hurt to reach out to former elected officials and ask them for tips on how to campaign.

“We are a community that values women and all of those who went before us,” Miller concludes. “Women shouldn’t be afraid to run for office.”