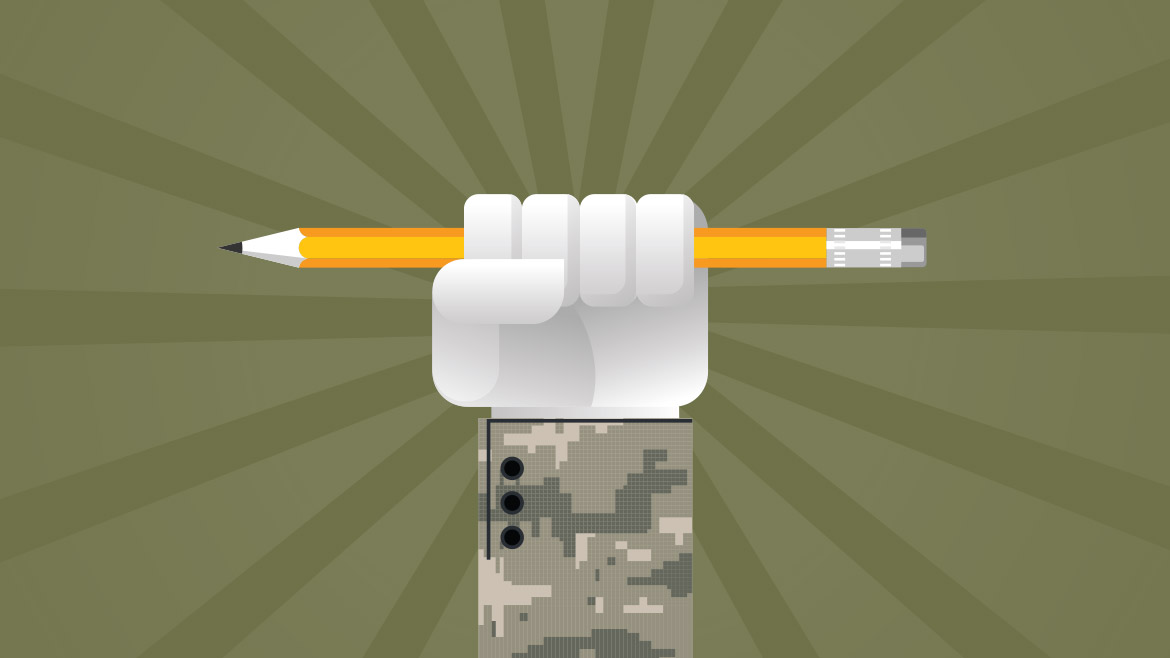 The criminal justice program is what first attracted Landon Miller to Columbia College.

Miller, the recent recipient of an honorable medical discharge after more than four years of service with the Marine Corps Reserve, wanted to pursue a career in law enforcement. After doing some research, Miller decided that Columbia College’s price and prestige profile seemed to make the most sense. And that was even before someone from Ousley Family Veterans Service Center emailed Miller to let him know that Columbia College would go ahead and take care of applying the 12 college credits he had already earned as part of his military training.

“I didn’t even know that existed,” says Miller. He earned his bachelor’s degree this past spring.

Miller’s experience is emblematic of the thousands of military students Columbia College has served over the past 45 years since opening its first nationwide location at the St. Louis Army Troop Support Command Headquarters in 1973.

During the 2016-2017 school year, Columbia College served 8,483 students from the military community, including active-duty troops, guard, reserves, veterans, and family members. The vast majority, nearly 84 percent, come from the Army and Navy, but the Air Force, Marine Corps, and Coast Guard are also represented. More than half of the college’s locations (21 of 41) are located on military installations, from a naval air station on an island 90 miles north of Seattle to the naval station at Guantanamo Bay, on the southeastern tip of Cuba.

Keith Glindemann, Columbia College’s director of veterans services, served in the Army for more than 24 years. He knows how difficult it can be to navigate higher education while in the midst of a military career. As a recipient of an associate, bachelor’s, and master’s degree, he also knows how gratifying it can be.

“The students we serve from the military community feel that we truly are military-friendly in our actions, not just in name only,” Glindemann says. “Many of them have attended numerous schools but finally found a home here at Columbia College.” 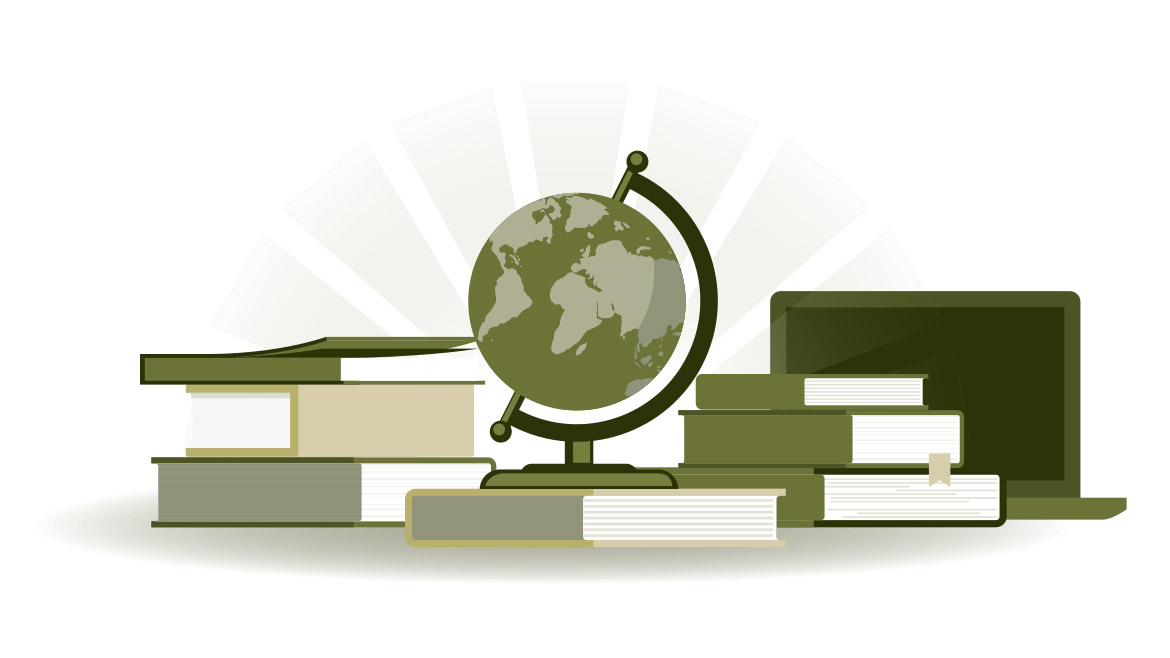 Military students have a different set of challenges than traditional college students. Most of them are returning to school, so they’re older than their classmates. They’re also reacclimating to a classroom setting after spending time away.

If they’re active duty, they’re juggling school and a full-time military job. That job includes deployments and transfers that can both make it difficult to keep up momentum toward a degree and add confusion to the process of transferring credits.

Glindemann says a large part of his center’s work focuses on identifying and applying educational benefits its students have earned through their service, although it has also evolved into a “full-service” stop for issues such as finding medical treatment or work–study jobs. That allows the students to focus on the business of earning a degree.

“They know why they’re here, what they want to do, and where they’re going with it. They’re very serious, very directed,” says MarJean Knokey, director of Columbia College Whidbey Island, the naval air station north of Seattle. “Like any student body, you’ve got some of the best-qualified students in the country. They really could compete at any college in any area, any subject. And you’ve got those that you’re kind of bringing along, because many of them did join the military because they were not successful in their first attempts at higher ed. You have a very diverse group of people.”

Knokey has worked at Columbia College Whidbey Island since the location opened in 2001 and has been its director since 2004. She says the location used to offer about a third of its courses in-seat and the rest online, but that figure has been tilting more toward online education in recent years. If another college on base is offering in-seat courses in certain subjects, then Columbia College is not permitted to, though it can still offer those same courses online. The Whidbey Island location currently offers in-seat business and general studies degrees, but Knokey says her students also pursue subjects such as human studies, computer information systems, and management information systems.

Glindemann says that, while business administration, criminal justice, and computer information systems are popular majors for the school’s military population, students pursue all sorts of subjects.

“Columbia College realized there’s a large group of people there who are underserved,” Knokey says. “It’s a way to reach out and help them get their degrees and get going in their lives. It’s a great group of people. You’re serving those who are serving, and it’s a great feeling. It really is.”

“(Columbia College was) the best educational experience I could’ve asked for,” Miller says. “It was honestly fantastic. It showed me what I could accomplish academically because of how my teachers pushed me and cared about my education.”

“Columbia College determined the need to serve this military population and provide a service that, at the time, coming out of the Vietnam War, many schools were not doing,” Glindeman says. “We’ve grown in that dedication to our military and veteran students through the years to help provide them with the academic resources they need to meet their ultimate career goals.”