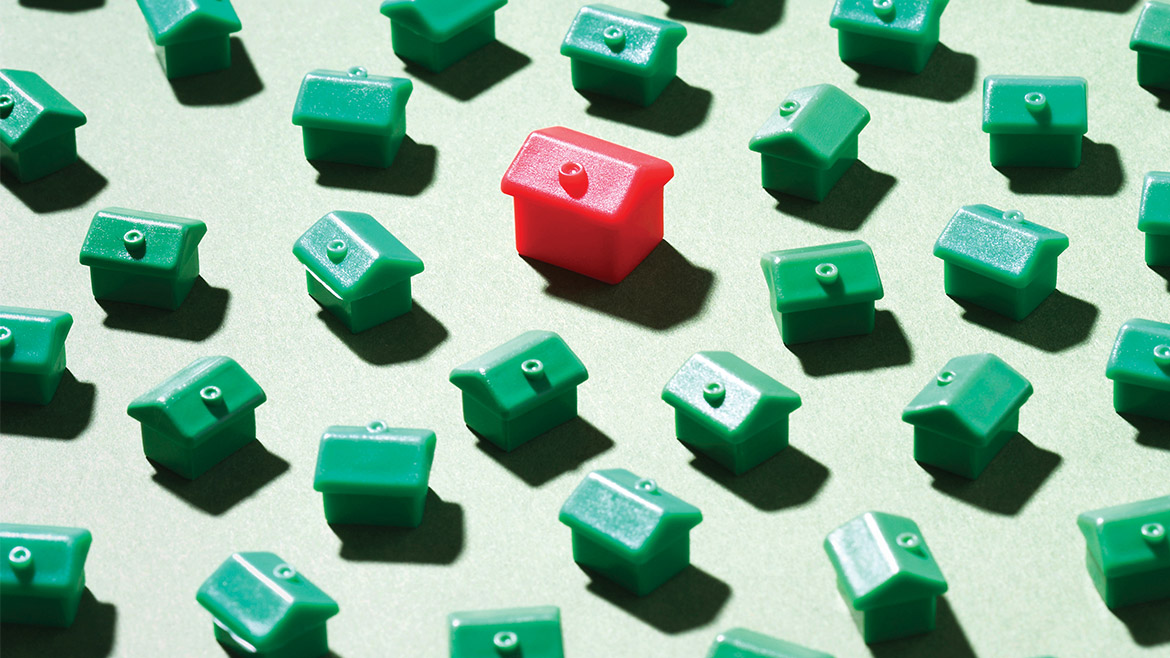 The FYI on HOA’s in Columbia

Randy Cole makes snaking motions with his hands and arms to illustrate the zig-zag path the Columbia Community Land Trust has trekked in the quest to begin putting a dent in the city’s affordable housing crisis.

“It wasn’t a straight line,” Cole jokes. And it has been lonely at times, as well as challenging, to convince apprehensive city and business leaders and builders that publicly-subsidizing new home construction will make the homes affordable not only now, but in the future. The ripple from that effort should also lessen the need for future social services as more families and neighborhoods discover affordability and stability.

Here’s how it works: The land trust — a nonprofit subsidiary of the city, in this case — owns the land into perpetuity, as a steward, and the cost of home construction is reduced by a city subsidy and grants, and the home is financed with a low-interest loan. A $110,000 home’s cost can be lowered to $85,000 or less through the process, making a mortgage affordable to a family that earns $30,000 a year. The buyer earns equity from the payments and the land trust maintains ownership of the land. If the buyer sells the house — a process the land trust facilitates — the affordability is built-in because the new buyer is purchasing only the home.

The goal is “permanent affordability” and “home ownership opportunities for families that otherwise wouldn’t be able to afford housing,” Cole says.

Seven homes planned for development or already under construction off Lynn Street in central Columbia are the “beta testing” for the CCLT, which Cole oversees as an extension of his post as the city’s housing programs supervisor. The CCLT is building four homes; nonprofits Habitat for Humanity, Job Point, and Central Missouri Community Action are also each building homes.

Cole’s “hard sell” for the CCLT initiative to local builders and real estate agents isn’t as daunting now as it was at first. He had to quell fears that the subsidized but quality-built homes wouldn’t depress overall building projects or diminish the price of comparable homes. Not all the challenges have abated, but the early steps of putting a board in place and developing a business plan and a long-term strategy have helped the CCLT defuse any tension.

Indeed, the zigs and zags from 2008, when the land trust concept was first introduced, to 2015, when the CCLT purchased its first properties, has brought in some unlikely allies, including one city to the west (and we’ll whisper when we say this): Lawrence, Kansas. Die-hard Mizzou fans may commence jeering, though land trust officials — especially Cole and Providence Bank Vice President Eric Morrison — offer glowing credit to the Jayhawk city for setting an enviable example of how a community land trust works.

“We had a bank that thought this was a good idea,” Cole says. “Eric [Morrison] was key to this being successful.” Providence Bank is financing up to 80 percent of the land trust’s four Lynn Street home builds.

“The city did a nice job of reaching out to cities that had done this,” Morrison says. “The land trust model really works, but you need a financing model from the private sector . . . [the partnership] moved this from the ‘talking about this forever’ stage to the ‘doing something about it’ stage.”

Morrison, who is also chairman of the chamber’s Leadership Columbia, was introduced to the land trust concept three years ago and immediately bought in to the idea.

“We really love the concept to provide investment and share in our community,” he says. “One, we’re building affordable housing stock. Two, there’s a real value to our public funds going to their highest and best use.” That bears repeating, he thinks: The public funds — tax dollars — that provide assistance from local and federal programs to build the home and buy the home stay with the home.

The CCLT story only happened, though, because of what Cole calls “an astounding need.” So let’s rewind to review and quantify this affordable housing crisis.

“You can see real quickly how someone can be housing cost burdened,” Cole says. “And people in the worst situations don’t have a choice” except to pay burdensome amounts of their income for housing. “They’re really struggling to get by.”
The burden isn’t exclusive to renters. Local data shows that 3,500 families with mortgages are also housing cost burdened.

The burden often contributes to other problems, from inability to pay for health care — especially preventive services — to child care needs and transportation issues.

Morrison says the local land trust model is aspiring to the benchmarks already set by CMCA, Job Point, Habitat for Humanity, and other long-standing community partners that are successfully building affordable housing stock while simultaneously helping lift individuals and families out of poverty.

Cole doesn’t believe it’s possible to overstate the reverberating community benefits of what’s starting with the Lynn Street developments. The seven homes being built will increase the Lynn Street home ownership rate by 25 to 30 percent, and the neighborhood offered enthusiastic support and interest in the initiative.

As a result of neighborhood meetings, Cole said the city decided to put in a stormwater bioretention cell between Sexton and Lynn streets that will have “a dramatic impact” on addressing storm drainage issues for adjoining neighborhoods as well as the Lynn Street developments. “Resources attract resources,” Cole says, noting that the city’s water and light and public works departments worked together to underground electric and phone lines in the area as well.

Morrison thinks that a future aim for building 10 to 12 land trust homes a year is “a very realistic and sustainable goal.” That capacity could create a need for a nonprofit separate from the city to manage the organization, but there’s no rush to move ahead that quickly, Cole says, even though a housing burdened community that has talked about the affordable housing issue for several years might want to “hurry up and build yesterday.”

“This is something we can’t get out over our skis on until we know we can get it right,” Cole says.

Cole said the next area of development — three large lots for 12 homes in the central city — could soon gain some momentum. Cole points to the potential economic impact when making the pitch for that site: Those lots currently generate $336 in real estate taxes. With 12 homes, the real estate tax payments would be at least $12,000. “Over 10 years, that’s a huge impact,” he says.

For now, the CCLT is seven homes, “a great first springboard,” as Morrison calls it.
“People instinctively say, ‘Gee whiz, seven homes? What kind of dent can you make?’” Morrison says. “Well, we can either keep talking about it or we can do something that gets us way down the road trying to address affordable housing.”

The CCLT came about thanks to a combination of forces, one of the first being the city’s 2008 Affordable Housing Policy Task Force Report and a 2015 Affordable Housing Symposium Report. The CCLT began building homes in central Columbia’s Lynn Street area last year.

The CCLT was incorporated on November 3, 2016 and held its first board meeting on January 10, 2017, approving by-laws and establishing the CCLT as a new organization. For more information about the Columbia Community Land trust, visit comolandtrust.com.