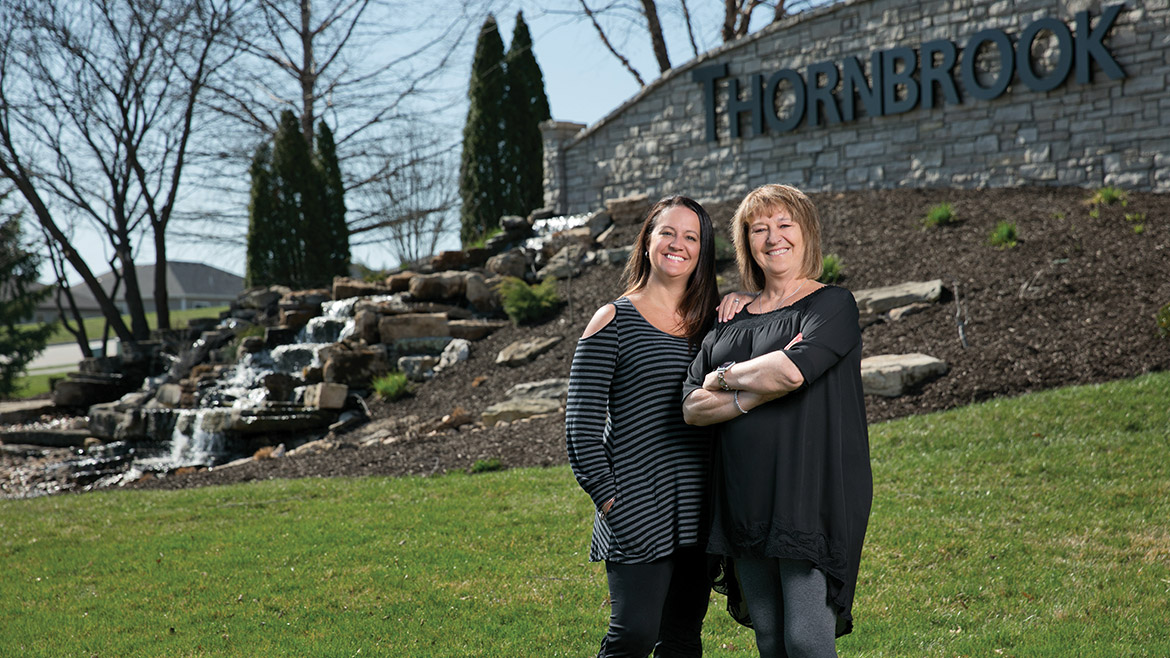 The Impact of Columbia's Airbnb Market

Have you ever driven past a neighborhood and thought it appeared to be its own little community within a community? Perhaps that’s because it’s intentionally functioning as one.

Homeowners associations, or HOAs, serve to create consistency and communication among residents of a subdivision. Here’s the scoop on how they function — or, at times, malfunction.

HOAs and NAs in COMO

“The City of Columbia has no authority in relation to HOAs,” says Leigh Kottwitz, neighborhood services manager with the city. “We do maintain a list of HOAs on our website, communicate with HOA contacts on city issues, and often work with them on code enforcement issues when we have a common interest.”

According to Kottwitz, though the city’s primary focus for support is neighborhood associations — a type of group that takes on many HOA functions but is non-mandatory and less formal — they also work with HOAs as much as possible to provide tools and resources, such as dumpsters to help clean up big projects. Both NAs and HOAs participate in citywide volunteer events, like Cleanup Columbia.
While there are similarities between NAs and HOAs (both groups have elected leadership, for example) some of the differences go deep.

“Neighborhood associations are made up of both owners and occupants in an area self-defined by the organizers, and the NAs are recognized by the Columbia City Council,” explains Kottwitz. “HOAs are made up of owners, and usually there are deed restrictions that are enforced on the properties which are out of the city’s jurisdiction. [Since] some HOAs have restrictions above city code, it is up to them to enforce those restrictions civilly.”

HOAs may also have common areas (think clubhouses, green space, pool, etc.) that they maintain through fees collected from the owners; NAs, typically, do not.

Diving Deeper: The Purpose of HOAs

“HOAs are in place to keep the theme of the neighborhood consistent,” says Denise Payne, Realtor with Weichert, Realtors-First Tier. “Maybe only brown or black roofs are allowed and someone installs a red roof. That can be a detractor. And most people want to make sure that their neighbor is not allowed to park a non-working vehicle for weeks or months on the street or driveway.”

Pat Bess, co-owner of Community Association Management LLC, an HOA management company that works with many neighborhoods in the city, says that the primary responsibility of a homeowners association is to maintain the property values of the homes within the association. She says this is accomplished by maintaining the common areas, as well as enforcing covenants “to keep the neighborhood in pristine condition.”

According to both Payne and Bess, HOAs have certain rules in place so that the values of the homes stay consistent. These rules are often referred to as “covenants, conditions, and restrictions” — also known as CC&R.

“Covenants, conditions, and restrictions are a set of rules and regulations that speak to that particular neighborhood design in order to protect the property values,” says Rob Wolverton, owner of R. Anthony Development Group. “Breaching them is not a law violation, but rather a civil issue.”

Wolverton says that most neighborhoods are designed to reach out to a particular price range of homes and believes that CC&R are a necessity in order to “govern the subdivision and make sure you don’t have a 5,000-square-foot house next to a 1,200-square-foot house.”

Wolverton worked with various local attorneys to write the CC&R for his Columbia subdivisions, which include Arcadia and The Cascades. When writing the CC&R for his subdivisions, he took a large number of assets into consideration, including the consistency in the size, style, and usage of the homes, as well as the minimum level of landscape, pet policies, and stormwater handling.

“The HOA is the enforcement arm of the covenants, conditions, and restrictions,” Wolverton says. “To have a set of CC&R without an HOA to reinforce them is ineffective. Every developer does it differently, but typically the developer initially heads up the HOA. Once residents start to move in, then the developer turns the power over to the residents, who then elect a board.”

Here is where things can get tricky during the turning over of power, and where HOA management companies, such as Bess’s, often come into play.

Bess and her business partner, Kim Broswell, currently manage 55 associations in the Columbia area. It is their job to assist the boards of directors in the day-to-day management of their condominium or HOA.

“At the direction of the boards of directors, we perform duties related to fiscal and physical management of the associations, as well as the administrative duties of the associations,” says Bess. “We allow association members the opportunity to serve their community as a member of the board by focusing their energy on decision-making, rather than personally seeking bids, working directly with contractors, collecting unpaid dues from their neighbor, or paying the association’s monthly expenses.”

Furthermore, Bess and Broswell work with CC&R on a daily basis, as they are “able to interpret the language of the documents, as well as use our experiences with other associations to help guide board members.” 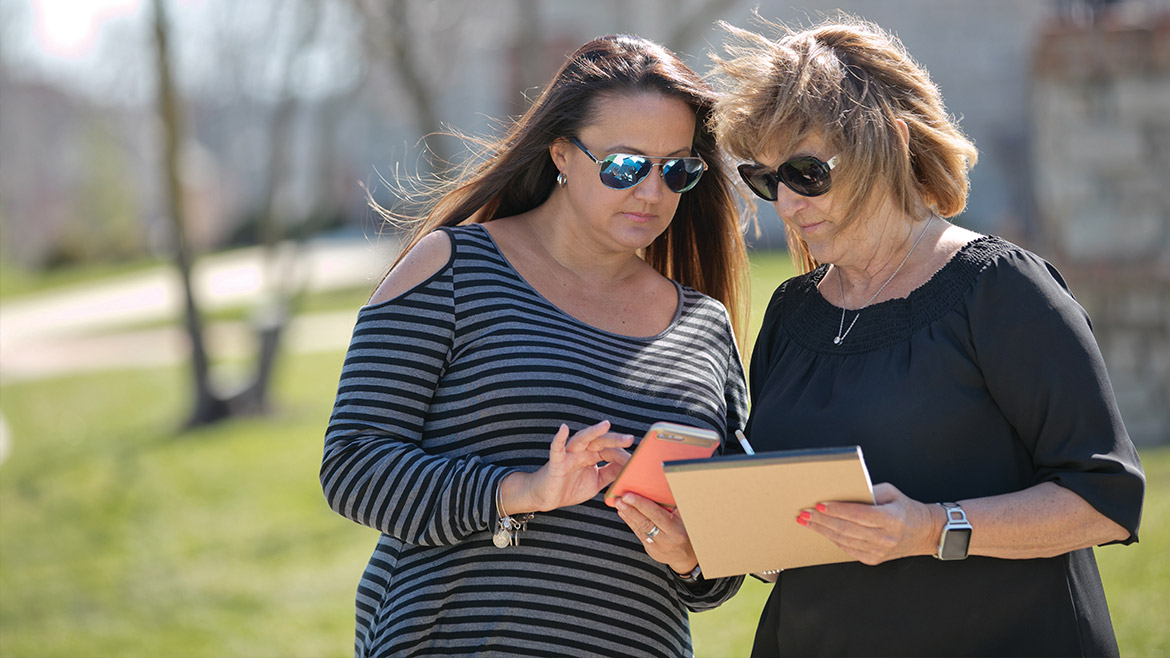 Pros and Cons of an HOA

As with any group enforcing a set of rules and regulations, even externally-managed HOAs tend to have their obstacles.

“The most common areas of conflict we see are regarding fencing issues, pets, and parking,” Wolverton says. “The primary cause is that a set of covenants and restrictions was written in 1995 and may have been appropriate when written, but things have changed between then and 2018. That’s why you have a board to exercise judgment and deal with these changes.”

Wolverton cites solar panels, home finishes, and swimming pools as examples of home trends that are changing with the times.

In addition to ruffling the feathers of some current neighborhood residents, the strict conservation of some CC&Rs may also deter future buyers.

“HOAs help to keep the neighborhood looking as it did, or better than, when it was brand new,” says Payne. “But they can hurt if the buyers have decided [to purchase] in a market where they need the ability to do certain activities or make certain changes to their home. Maybe the rules say no solar panels are allowed, but if buyers wish for that to be a choice — that subdivision may not be desirable to those who want to be able to heat and cool their home with solar energy.”

Bess says that potential homeowners need to be provided an opportunity to review the CC&R to make sure that they can adhere to the “use restrictions” outlined in the document, and so they’re aware of their rights and responsibilities as a member of that association.

“Covenants are recorded documents, and therefore, they are available to the general public at anytime,” says Bess. “Real estate listings and seller disclosure forms indicate if the property is included in an HOA. And a title commitment will include [whether] the property is subject to deed restrictions.”

If Payne’s buyers have specific needs, she and they check into the HOA before she shows them houses in that particular neighborhood.

“For example,” Payne says, “some buyers have wanted raised garden beds, and not all neighborhoods allow them.” Payne cites several other scenarios: a buyer may have a large dog that jumps over fences, but the subdivision HOA says only four-foot tall fences are allowed. Or a buyer wants to have a garden shed, but the HOA says no sheds or detached buildings can be built. Or a buyer may want to run a business out of his or her home — maybe he or she is an accountant with low-traffic clientele — but the HOA doesn’t allow home-based businesses.

“In some markets, the buyer must sign the rules prior to purchasing a home,” says Payne. “In our local market, that’s not enforced, but any good agent will request them from the title company and ensure that his or her buyer has seen them before purchasing a home.” 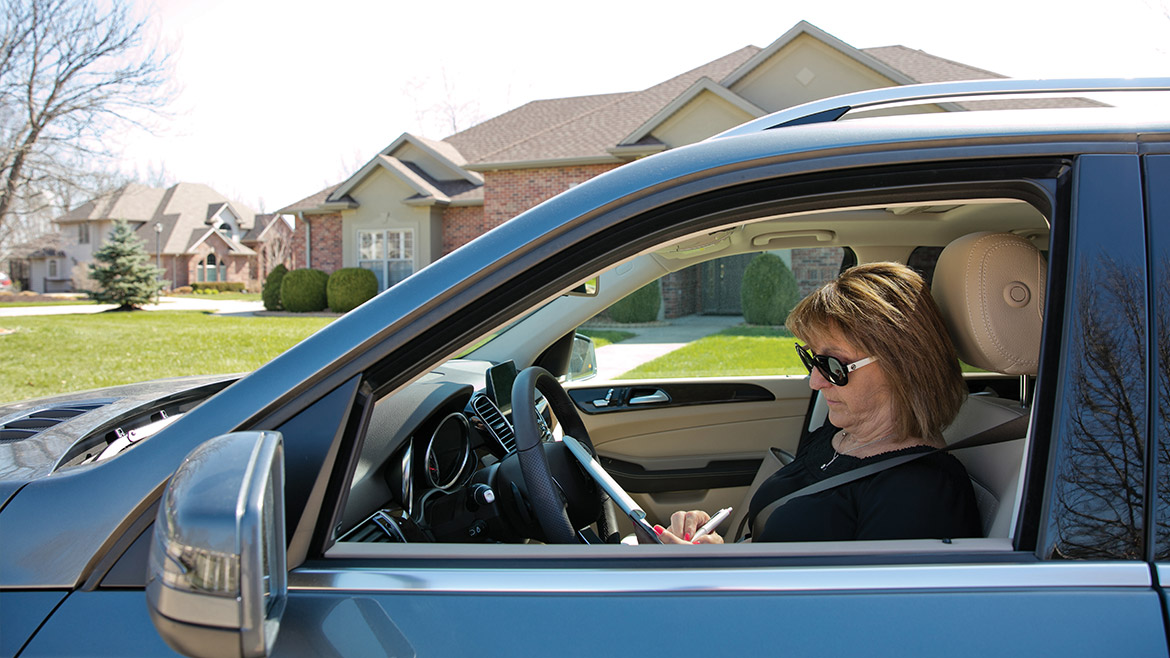 Power to the People

HOAs aren’t governments, but they do carry out a government-like function: elected leaders developing new rules and regulations and enforcing existing ones. So should HOAs be subject to Missouri’s Sunshine Law, which mandates that government entities keep certain records and disclose them to the public upon request?

“Covenants and restrictions and bylaws require certain records to be kept for the association,” says Bess. “These documents, as well as [Missouri] state law, outline what information homeowners are entitled to access.”

Bess says that HOAs are private entities with members — more like a union than a government — and therefore, information should be subject to review by members, but not necessarily by the general public.

However, there may be exceptions.

“I believe that anyone can request information in writing from the HOA,” says Payne. “Per the state statute, some [documents] must be given to those who have made a request in writing.”

Payne believes that the necessities should be about ensuring the safety is secured and property values are kept high — quibbles about something like fence height, she says, could be overreach. “HOAs should have as much authority as the residents of the HOA wish for them to have,” Payne says. “If the residents have decided to make a change in the rules, it would be up to the homeowners who are affected to vote for that change. Or if the residents don’t wish to pursue a neighbor who has broken a rule, it’s also up to the people in the subdivision.”

And in a worst case scenario, an HOA may have the power to step in when the homeowner can’t pay their dues.

“Of course an HOA will be after a mortgage lien or tax lien in the list of who gets paid first with a foreclosure,” says Payne. “Personally, I have heard about some HOAs getting close, but my understanding is that it has been more involving condos with monthly fees that were not paid.”