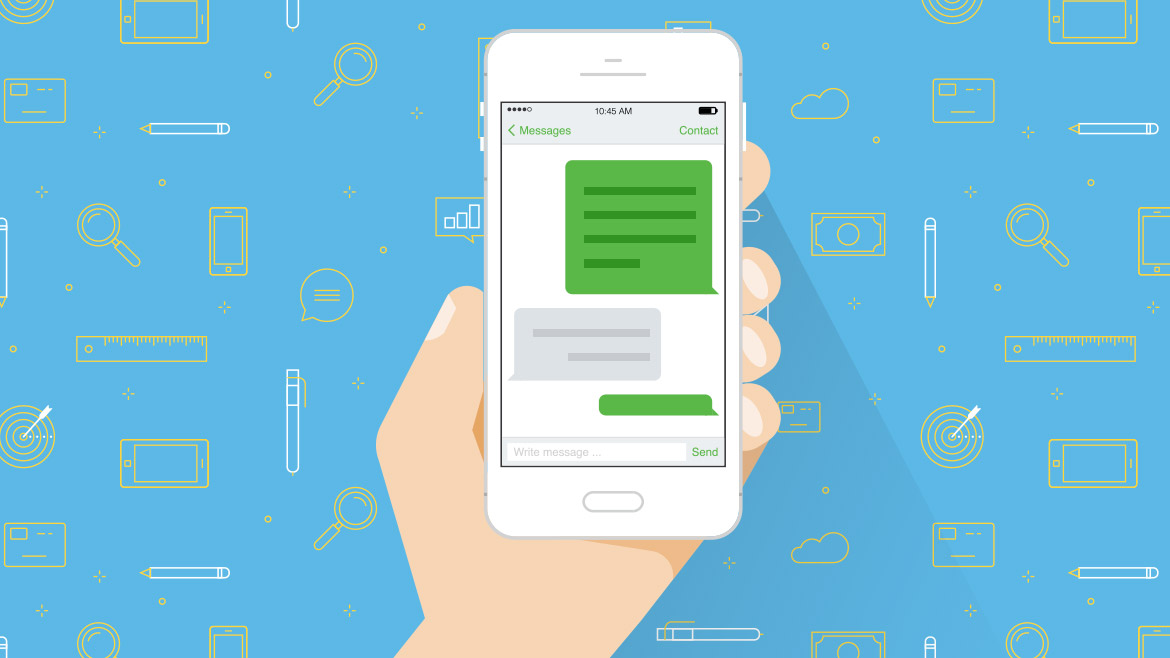 We all need to un-strain our brain and de-stress our mess from trying to post, tweet, text, email, upload, and download all at the same time. So take a minute to relax. Silence your devices, read this out loud to your co-worker, and enjoy a laugh or two — even if it’s at your own expense.

Can you hear me now?

Why is it so hard to keep our devices quiet in places like the cinema, the library, an art gallery, or, dare I suggest, any social setting? Maybe 40-somethings who are fans of Cameron Crowe’s 1989 “Say Anything” are just trying to reenact Lloyd Dobbler’s boom box serenade for Diane Court. My friend Nathan tells me this reference is lost on him, but he did promise to wear headphones when he streams the film on his device. Shouldn’t our goal be to imitate Nathan and not those people who scream like they’re having a conversation across the crowd at a concert when they’re actually having a conversation on the phone? And let’s not forget those of us who hold our devices gently in front of our chin while using the speakerphone to talk about our current medical condition. It’s like forcing everyone to inhale our second-hand smoke.

Watch where you walk.

Recently, a girl was obviously letting her friend know why she would be late meeting her for lunch when, suddenly, she walked right into a concrete mixer. My friend Scott, who was delivering concrete, told me the girl walked for several blocks toward his truck, never once looking up to realize she was headed toward a solid fail. We all know it isn’t wise or safe to text and walk. We also know it isn’t wise or safe to text and drive, but I’m certain this very morning you and I each passed more than one driver more focused on the palm of their hand than their skill on the roadway. They might as well be drinking. Perhaps the MoDOT mantra “Buckle up, phone down” — #BUPD for the socially minded — is actually warning us to steer clear of those drivers who are boozed up or on personal devices.

We’ve all gotten pretty good at ignoring the world around us, haven’t we? Did you know it is actually possible to play a game of cards without checking notifications between hands? Believe it or not, most movies feature something visually interesting we can actually miss because we were paying too much attention to the wrong screen. And food can be eaten at a dining table without personal devices. Nothing on our devices can help us feel the warmth of the sun, relax in the lake, or appreciate the comfort and security that comes from receiving a hug from someone you love.

My college-aged daughter recently texted my device to inform me my voice mailbox was almost full. My mailbox is always at full capacity because I never listen to my voicemails. Who does? Most wish people would simply send a text.
Since I believe this to be true, there is only one reason why I choose to leave someone a voicemail: I have an urgent need to absolve myself of some guilt or confess my sins without having to worry about being interrupted or negotiate reconciliation. Someone reading this almost surely has a voice message on their phone from me making amends for however I wronged them. And the editor of this magazine still hasn’t listened to my voice message apologizing for turning in this feature way past my deadline. I doubt she will ever listen to it. But I feel better, and that’s why I thank God for voicemail.

Funny how owning a smartphone lends itself to not actually using it as a phone at all. We probably wouldn’t walk into a friend’s home without first ringing the doorbell, so why would we call someone without texting first to let them know we’re going to call? For that matter, why call them at all? Chances are the person on the other end won’t answer, and we’ll end up leaving a voice message for them to never listen to later. Admit it, don’t we text people instead of calling in order to maintain some distance in our relationships? Emojis, acronyms, and emoticons are all capable of adequately expressing our emotions clearly, helping us avoid the greatly overrated “deep conversation.” Like buttons and quick comment boxes within the social network apps on our smartphones now free us from having private, detailed discussions over coffee with close friends. Thank goodness.

You might not want to make the mistake of assuming email is still a good means of communication. Even though most people have it on their personal device, email is technically outside the sphere of social media, and many people are no longer vigilant about it. Here is a good rule of thumb for 2018: If an email isn’t answered in 15 minutes, send a text message informing the recipient you sent an email. Wait five minutes, and then send them a Facebook message about the text about the email. Then call them out in your Snapchat story.

Whether our preference is a smart watch, phone, or tablet, our gadgets allow us to do many things all at once. Unfortunately, doing so doesn’t make us smarter. Shouldn’t devices supplement our brains, not replace our need to use them? Instead, write down the phone number. It will improve your ability to learn. Studies have shown that media multitaskers who are simultaneously listening to music while playing a game, or surfing the web while texting, do worse at filtering out irrelevant information. As a result, they think more slowly and have diminished long-term memory. So play it safe, do one thing at a time, and watch out for concrete mixers.

Editor’s note: Hartley Wright is a local playwright, father, Airbnb host, concrete truck driver, and all-around jack of all trades. He is also a dreamer, free spirit, and self-proclaimed procrastinator. If you ask him, he has an opinion on just about everything, and is happy to talk or write about it.