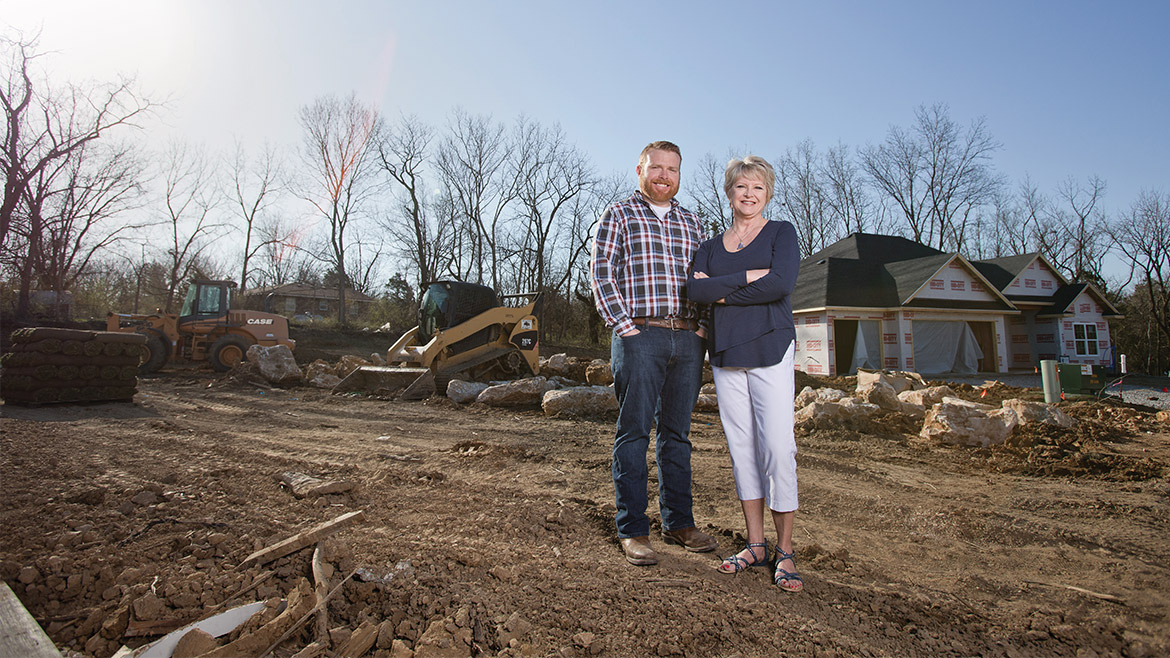 In Focus: If You Build It

Growth means progress; progress is what we all hope to achieve in business, personal development, and in life in general. But with progress comes cost.

We see that quite clearly when businesses and real estate expand. This progress comes with needs: space, people, materials, etc. In order to grow, we have to pay a specified price, and when those costs increase, progress can be hard. This was a concern brought forward by the city’s development and real estate community when the City of Columbia adopted new energy efficiency rules in 2014 and was back at the forefront of discussion with the assessment in recent years that Columbia has the highest cost of living in the state of Missouri (with an estimated cost increase per home of $7,000 between 2007 and 2015, says Brian Toohey, CEO of the Columbia Board of Realtors), beating out both the St. Louis and Kansas City metropolitan areas.

The reasons for the high cost of living are both national and local. In Columbia, “building permits are roughly two to three percent of the cost of homes and seem to be increasing,” writes Andrew Kummerfeld, owner of Kummerfeld Homes. “The new energy code guidelines have further increased the cost of building despite long payback periods to the homeowner. For instance, one new guideline could potentially increase the cost of a $200,000 home by more than $6,000 while the energy savings would not be realized for over 30 years. When you combine the new energy efficiency codes with permit fees, the cost is substantial — over six percent of the total cost of a home.” 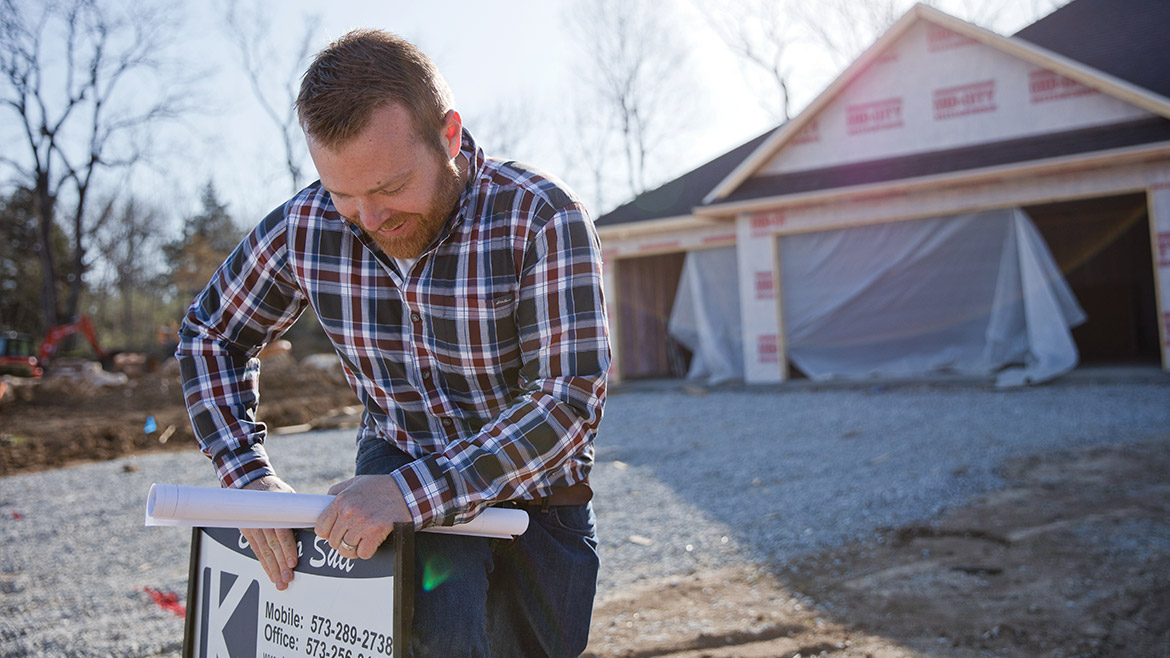 Along with these fees, there are new development codes, passed last year, that will potentially affect residential home costs. “We don’t know what additional costs those are going to add yet,” says Toohey. “With the additional costs associated with the new codes dealing with sensitive areas — steep slopes, tree preservation, the number of entrances you have to have per number of lots decreasing from one per 99 to one per 30 — costs will continue to be added.”

“The former president of the Columbia Board of Realtors, Jim Meyer, wrote a letter to the city before they developed the new development code estimating what it would do to the cost of new homes because of some of the restrictions on land use,” says Tori Messenger, executive director of the Home Builders Association of Columbia. “His estimate was that it would drive up the cost of a single-family residence between $40,000 and $50,000 per home.”

Kummerfeld expands: “Stormwater quality, tree preservation, and land development fees to the city are all costs that have risen recently. New developments in the city must preserve 25 percent of the original land in tree preservation. Further rules on developing land with a steep grade, the amount of entrances per number of lots, the length of cul-de-sacs, and more means that the yield per acre is lower.”

All of this boils down to more land needing to be purchased today for the same number of lots than was necessary only a few years ago.

It’s been an erratic, dangerous year for weather. Between hurricanes, forest fires, and snow in what we used to think of as spring, the climate has disrupted the rhythm of our lives and, hence, of our economy. Along with the immediate effects of the terrible weather (damage to both property and people), we are now seeing one of the long-term effects: an increased cost of lumber.

“The wildfires in California and the hurricanes in Texas and Florida — when those types of disasters hit, it drives up the costs of materials,” says Toohey. “Because when it comes to rebuilding those areas, you automatically see a price increase.”
In addition to lost materials from fires and hurricanes, another issue has recently come to attention. “The newest development we’ve heard from one of our members [in February] is a beetle that’s rapidly eating wood,” says Messenger. “There are whole forests being devoured.” 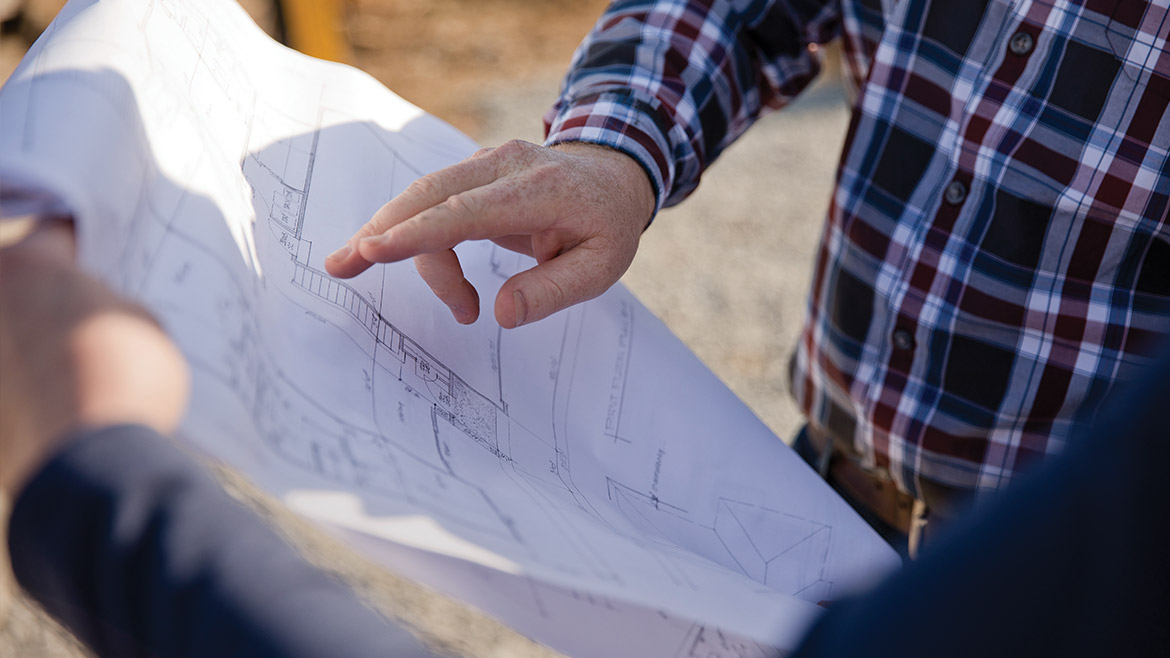 Increasing material costs are seen by builders first and harshly, eventually trickling down to potential home buyers. Doug Muzzy, owner of Muzzy Builders Inc., says, “It’s a sticker shock for [builders] how much the pricing of everything keeps going up and up. Some of the tariffs have affected aluminum and steel products, as well . . . the tariffs battle has cut the supply, so supply and demand have driven the costs up. We’re pretty consistently seeing notices from many of our suppliers that prices will continue to go up.”

While some of this increase is associated with the aftermath of natural disasters, it can also be attributed to a duty tax implemented on lumber from Canada and oil price increases, Kummerfeld writes. He also warns that, due to this, we will continue to see increases in residential home costs.

Another problem seen on a national level is a lack of available labor. “The consensus among tradesmen is they cannot find experienced, reliable help,” writes Kummerfeld. “Nearly every subcontractor I know is trying to hire experienced workers. The jobs are there; the labor pool is not.”

The problem this creates is two-fold, according to Kummerfeld. “When there aren’t enough tradesmen to meet the demand for their services, it takes longer to build a home,” he writes. “The result is higher holding costs for the builder as he pays interest on the home while waiting for the tradesmen to show up. Additionally, this situation may influence builders to reduce the amount of homes they build, reducing the supply of new homes, which can further cause the price of new homes to increase.”

However, there is a silver lining here. There is increasing talk and collaboration among Columbia educators, realtors, and builders to cultivate the talent pool for building labor on a local level.

“There’s a huge talent shortage,” says Messenger. “Members of the HBA met with Columbia Public Schools and the Career Center to develop internship programs. We’re trying to figure out how to bridge the gap between the labor shortage and the talent and try to home grow some of our own.”

The Place to Be

While an increased cost of buying a home is not ideal, and certainly not hoped for, there is a cause for this that reflects well on our city: supply and demand. The more people want to live in Columbia, the higher costs are going to become.

“The other side of the coin is that, while we are seeing costs being driven up, Columbia has been a pretty affordable place to acquire real estate and spend money to develop lots,” Muzzy says. Prices go up, in part, “because Columbia is a great place to live. So we’re going to continue drawing people to the community. I expect to see very consistent growth. Supply and demand always affects costs.”