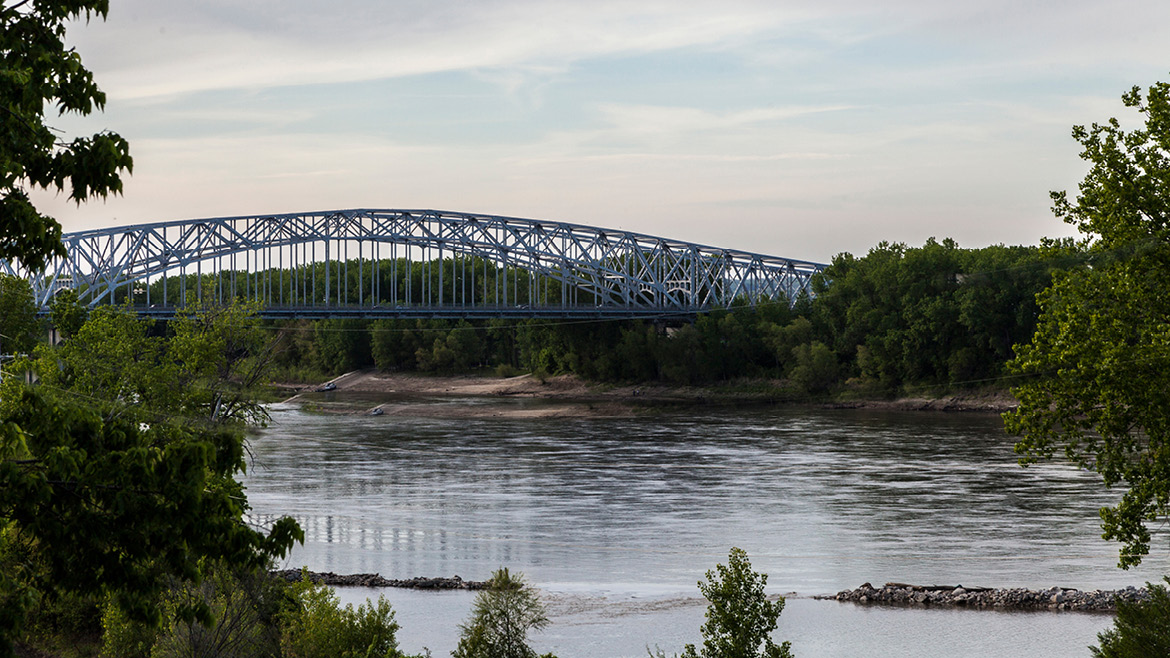 First comes the water, then come the politics.

The Missouri River has been a battleground for a long time, as upstream and downstream states struggle for control, often putting the U.S. Army Corps of Engineers in the middle, like a single parent with a pair of intemperate kids. And there’s nothing like a flood to bring family issues to the surface.

In the early 1980s, Missouri joined Nebraska and Iowa in a lawsuit against the U.S. Department of the Interior to block development of a coal slurry pipeline. The plan was to dissolve Wyoming coal in water and then pipe it 1,300 miles to the Gulf coast. South Dakota was ready to sell 16 billion gallons of Missouri River water annually to the energy company involved to make the plan work. While the company blamed opposition from the coal-shipping railroads for the plan’s demise, Janklow blamed the downstream states, which depend on a reliable flow of water for everything from human consumption to transportation for agriculture. That flow was also threatened by the desire of upstream states to hold back water during the summer months to sustain a sportfishing industry.

Enter the Corps of Engineers, a group entrusted by Washington to manage the Missouri River to its best use. The corps is governed by a 432-page master manual which defines the operation of six dams and reservoirs located above Yankton, South Dakota.

Congress has authorized eight goals for river management: flood control, navigation, hydroelectric power, irrigation, water supply, water quality, recreation, and the preservation of endangered species. The manual doesn’t prioritize those goals. And when Missouri isn’t in a fight with the Dakotas over commercial needs, there’s ongoing conflict with the U.S. Fish and Wildlife Service over habitat or with the corps over flood control.

In 2011, and again in 2019, corps management of flood water has drawn criticism from policymakers at both ends of the river. Corps efforts to channelize the river have relied on a levee system which, as often as not, proves no match for Mother Nature. Efforts by local communities to build their own protective levees have put them at odds with corps standards, and corps decisions to release (or not release) water from upstream reservoirs to manage water levels have enraged people downstream.

So once again, Missouri, Iowa, and Nebraska have locked arms to get control over the river. In early April, governors Mike Parson, Kim Reynolds, and Pete Ricketts met with U.S. Army Corps of Engineers officials.

“We must begin a serious discussion about how we improve flood control on the Missouri River,” Parson said. “One third of Missouri’s most productive farmlands’ fate rests in the hands of those who manage our rivers — the corps. The corps maintains one of the nation’s largest flood-control systems on the Missouri River mainstem, but the devastating flooding we are experiencing and the previous record 2011 flooding have demonstrated that the current system is insufficient to protect us.”

Parson went further in an op-ed piece, criticizing changes made to the master manual in 2004, which he says, “shifted the prioritization of these purposes to hold water higher in the reservoir system to benefit fisheries — an action that effectively reduced flood control.” That year, a federal judge ordered the corps to make changes that benefitted endangered river fish and birds.

On April 17, the corps took more heat at a field hearing of the U.S. Senate Committee on the Environment and Public Works. With the March flooding causing more than $3 billion in damage, members of Congress want to know why the agency has not done more to mitigate the impact of high water. Annoyed by repeated flood episodes, Iowa senator Joni Ernst declared, “The trend of flood and rebuild, flood and rebuild must end.” New York’s Kirsten Gillibrand criticized the Corps of Engineers as being too slow, too bureaucratic, and too underfunded to do the job of flood control.

On the same day, Missouri’s Roy Blunt addressed lawmakers and reporters at the Missouri state capitol. While no fan of the agency, Blunt has been temperate in his criticism of the corps, citing the constraints of the Master Manual. He said he wants the Missouri River to be managed in the same way the Mississippi is, with flood control and navigation ranking above all else.

Budget and policy concerns aside, the biggest corps challenge still appears to be appropriate engineering. Nebraska governor Pete Ricketts, whose state arguably has suffered the worst damage from the flood of 2019, has been part of the chorus singing for bigger and better levees.

The Corps of Engineers professes to be listening. “There’s always something to learn,” Colonel John Hudson, commander of the Omaha district, told the Omaha World-Herald. “We’re not suggesting we couldn’t have done better. We’ll look at how we communicated. We’ll go back and look in detail at what could have been done better.”