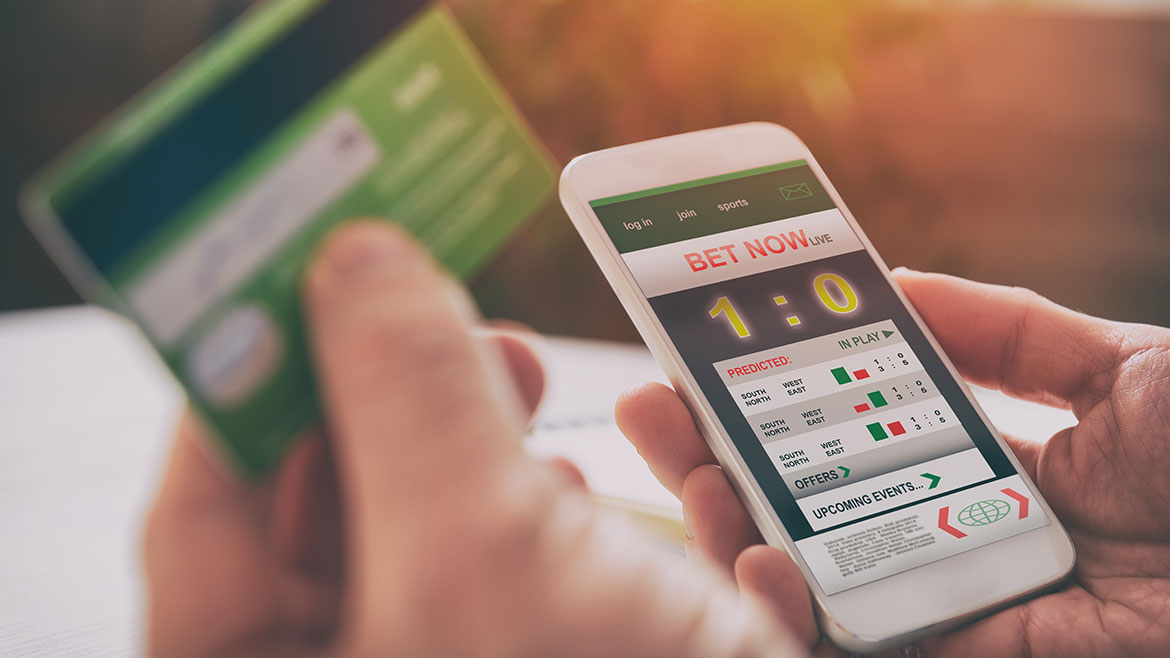 Did you make a bet with a friend on the outcome of this year’s Super Bowl game or the NCAA basketball tournament? Is there an office pool at your work? Every year, tens of millions of Americans wager on the outcome of sporting events and do so without giving a second thought to the illegality of their actions.

The American Gaming Association estimates as many as 23 million Americans wagered as much as $6 billion dollars on the NFL championship game between the New England Patriots and the Los Angeles Rams in February. The estimate for the 2018 NCAA basketball tournament had $10 billion circulating, maybe 3 percent of which was bet legally through the only place someone could do that at the time: Nevada.

The game changed last May when the U.S. Supreme Court, by a 6-3 vote, struck down the federal prohibition on sports gambling everywhere but the Silver State (which was grandfathered in). By the end of 2018, eight states had sports wagering on the books, with some two dozen others, including Missouri, taking a look in 2019.

It’s not a new idea for the Show-Me State. A year ago, even before the SCOTUS ruling, several state lawmakers offered bills to legalize sports wagering. Three House bills received committee public hearings, but that was as far as it went.

So, this year, sports wagering is back, and the spotlight is brighter than ever. The first legislation out of the gate is Senate Bill 44, sponsored by Warrensburg Republican Denny Hoskins. He has tinkered with the language, which now includes an authorization of video lottery terminals.

SB44 would restrict sports wagering to bets placed on casino boats already licensed in Missouri. Wagering could be done in person or through the internet. However, only people physically located in the state could bet online.

In the past, the NCAA and the major professional sports leagues have fought against an expansion of legalized sports wagering. The NCAA prohibits sports betting by student–athletes or school employees, including coaches, and the organization fought hard against New Jersey’s challenge to the federal prohibition. The governing body sees gambling as a serious threat to student–athletes, who can become targets for corruption.

In a news release last July, the NCAA announced it had launched a study of the long-term impact of betting on college sports, even as some universities began to look at the money-generating potential of wagering. SB44 would allow a sports governing body such as the NCAA to notify the Missouri Gaming Commission of a desire to restrict, limit, or exclude wagering on its sporting events.

The lure, of course, is the money. The AGA claims sports betting would add more than 4,700 jobs in Missouri, and would generate more than $63 million in annual tax revenue for state and local governments. Hoskins’ bill begins with an annual administrative fee charged to the casinos of 2.5 percent of the adjusted gross receipts of all sports wagers. At least 80 percent of that money would go to the fund that builds and maintains veterans’ facilities in Missouri. An additional fee of 0.5 percent would go into the Entertainment Facilities Infrastructure Fund, which would be created by the law. That money would support the maintenance of convention centers, sports and entertainment venues, museums, and even parking structures.

Finally, the legislation taxes the gross betting revenue at a rate of 12 percent. A pair of pending house bills would set the rate at 6.25 percent. Small town newspaper publishers put the tax question to Governor Mike Parson during a luncheon on January 31 at the Governor’s Mansion. Parson indicated he was not prepared to crunch numbers or discuss specifics until lawmakers reach an agreement. However, he suggested sports wagering was an idea whose time had come.

Past legislation has included something called an “integrity fee.” This is money returned to the governing body for the sports teams targeted with bets and could be used to monitor “game fixing,” tampering intended to control the outcome for wagering returns. Both the Kansas City Royals and the St. Louis Cardinals endorsed integrity fees during last year’s debate. The Missouri Gaming Association has opposed integrity fees in the past. SB44 does not currently authorize such a fee.

Hoskins says wagering could be worth between $12 million and $40 million in additional revenue to the state, which would go to education. There is competition for that money from Missouri’s neighbors. In November, Arkansas voters approved a four-county trial project for sports betting. Illinois, Kentucky, Tennessee, Oklahoma, Kansas, and Iowa all have bills pending or have debated the issue in the past.

Hoskins recognizes the concerns expressed by wagering opponents, but says it’s time Missouri got something out of a behavior that already occurs and shows evidence of growth. “There’s a lot of people that are already betting on their phone in Sportsbook,” Hoskins says, referring to a popular betting app. “That is currently illegal in the state of Missouri.”