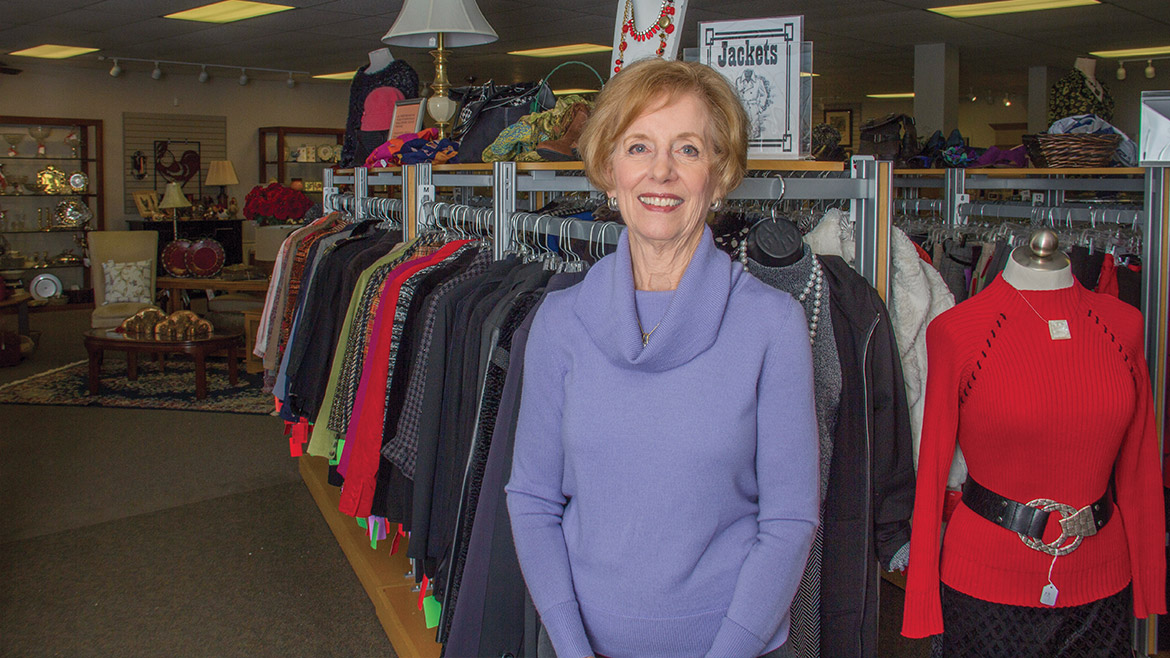 The Mid-Missouri chapter, which began in 1994, has grown to include 300 members and nine programs, and the group has provided over $5 million in goods and services to the people in the community, says Lynnanne Baumgartner, Assistance League member and chair of the anniversary committee. That’s no small feat given that the original members weren’t sure how they were going to fund themselves and serve the Columbia area.

When they started 25 years ago, the Mid-Missouri chapter offered four programs, mostly aimed at helping the children and teachers in the education system.

The nine programs they now provide range from educational scholarships to providing new clothing to helping women transition out of abusive relationships.

Board member Jolene Schulz shares a poignant memory from their Operation School Bell program. “There is one story that sticks in my mind that I always tell because it’s bittersweet in a way,” she says. “One little boy said to us, ‘I get my own toothbrush! I don’t have to share anymore!’”

“Last year, we clothed well over 1,500 children,” says Schulz. “Our clothes are all new, they’re not slightly used. We purchase them from the Gap or other places, and we have two or three buyers that hit all the sales on a routine basis and the kids get a coat, a pair of mittens, and they get three different outfits. They also get socks, underwear, and a personal hygiene kit.”

Whether it’s a program like Operation School Bell, Bundles for Babies, which provides items for newborns, or the Assisting Women’s Achievement scholarship, which helps women over age 24 complete college degrees, Baumgartner explains that they generally work with professional advisors.

“We always have that interface with somebody who’s on the scene — either the school counselor, the nurse or social worker at the hospital, the financial aid people where we provide scholarships — so that we’re assured that the people have a legitimate need,” she says.

To fund themselves, they rely on community donations, quarterly Cookie Connection sales, and Upscale Resale, their retail shop.

Their biggest money maker, Upscale Resale, is run by Assistance League members. The store’s inventory comes from donations, though they’re very selective about what they choose to display. Around Valentine’s Day, for example, price tags will be tied with red ribbon, and you’ll find red-themed displays. Plastic tubs in the back of the building keep donations organized by season and holiday so that switching out displays is an easy process.

More Than a Volunteer

The Assistance League of Mid-Missouri has no paid staff positions. The organization is run by members who pay dues and receive voting privileges. They currently have around 300 members, many of them devoting themselves to this cause in retirement.

For those still working but wanting to be a part of the organization, there is the Professional Leaders Auxiliary, which meets in the evenings and is responsible for the Women in Transition program helping victims of domestic abuse.

Each of the Assistance League’s programs is run by a committee, and every member chooses which committees to serve on, so they’re able to serve where their interests lie.

“One of the things that’s kind of nice about it is that you can be as involved as you want to be,” says Baumgartner. “If you want to do one thing, you do that. If you want to do six things, you can do that. It’s whatever your time, energy, and interests allow you to do.”

Through all their efforts, the Assistance League is fulfilling their mission to meet the needs of families and individuals throughout Mid-Missouri.

1993: The Assistance League of Mid-Missouri is officially welcomed as the 90th chapter of the organization.

1999: The chapter opens Upscale Resale as a permanent fundraiser to fund their philanthropic programs.

2014: The chapter surpasses $1 million in funding for learning experiences through Links to Learning.