If not for a pleasant 55-degree day in December 2017, the leadership team at MU Health Care might look different, and Chief Financial Officer Mike Blair wouldn’t have helped shepherd the local health system’s ledger to an eye-popping $1 billion net revenue total for the first time ever.

Wooed from central Minnesota to interview for MU Health Care’s vacant CFO post, Blair was initially lukewarm about leaving his position as vice president of a smaller hospital system. While the change in mid-December weather raised his interest, it was ultimately the health system’s top-to-bottom embrace of the lofty “triple aim” of health care that erased any reluctance for a second interview.

“Consistent story,” Blair says, reflecting on his initial impression of MU Health Care’s team. “When I look at what’s happening here, in the focus on delivering high-quality care, and look at what we’ve done from a financial standpoint, it really reflects that patients are coming here because they like what they have here.”

The triple aim, a framework developed by the Institute for Healthcare Improvement, promotes the pursuit of better patient care, better health for the overall population, and lower costs. The triple aim has led MU Health Care to adopt new ways to manage patient care and create a robust network of primary care physicians, which have been important steps that have led to such a healthy bottom line.

Nationwide, the picture is not so bright for many health systems, evidenced by a tally of 93 mostly rural hospitals that closed in 2018 and another 14 hospitals that have filed or plan to file for bankruptcy.

Not so for MU Health Care.

“The last several years, but especially last year, arguably have been some of the best years in the history of MU Health Care, by any metric you want to look at,” says MU Health Care CEO Jonathan Curtright. 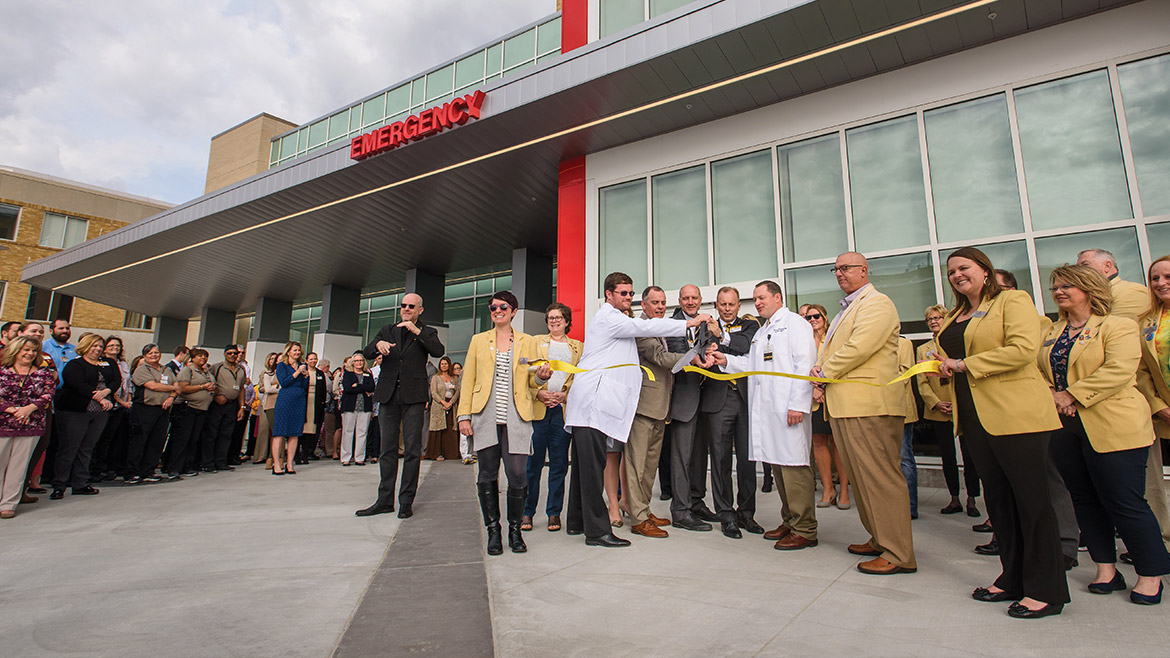 What does the $1 billion total net patient revenue mean for MU Health Care? For starters, the healthy revenue cycles allow the health system to have, also for the first time ever, an operating income of $100 million. Blair and Curtright don’t minimize the $1 billion and $100 million headlines, but they readily offer perspective: more patients generating more revenue also create more costs.

“We have to pay for all those things that allow us to deliver care,” Blair says. Some $250 million was required for pharmaceutical costs and surgical and medical supplies, then there’s the $100 million for needed cash flow and operating income for the day-to-day business of health care. The expenditures also include debt and interest payments, contributions to the Sinclair School of Nursing, and $18 million for MU’s School of Medicine, which trains close to 500 new doctors each year, Blair says. Seven percent of net patient revenue is reinvested in capital, with the emergency department and operating suite expansions being two notable recent examples.

But the biggest price tag corresponds with the biggest reason that patient experience scores and revenue have soared, Curtright says. The total for wages, salaries, and benefits comes to $500 million.

“Happy, growing, developing, and satisfied employees lead to outstanding patient care and service to our patients,” Curtright says. “Our goal is to be the employer of choice in Central Missouri. We are very much moving in the right direction.”

The numbers also show that the health system’s share of the health care market is also growing, up from 22 percent to 29 percent in the 25-county region since 2014.

“That’s a big, big jump, and every one percent of increase represents tens of millions of dollars of net patient revenue,” Curtright says. “But you’re not going to have that growth if you don’t have outstanding physicians and outstanding staff working in outstanding facilities. If you do all those things, the numbers — the finances — tend to follow.”

In 2018, the health system reached an average daily census of 400 patient beds filled — a 25 percent increase from the previous two years — and the network of 50-plus primary care clinics had 680,000 patient visits.

Curtright points to strong employee satisfaction metrics, a growing and vibrant primary care network, and the health system’s relationship with the MU School of Medicine as parts of “the secret sauce that has made us successful.” He includes the university’s connection with health information technology giant Cerner and the local Tiger Institute for Health Innovation, a private–public entity coordinated between MU and Cerner, as a crowning piece of that recipe.

“We’re here to save and improve lives, and we want to be Missouri’s premier academic health system,” Curtright says, citing MU Health Care’s mission and vision statements. “And that system of care is going to be stitched together with information technology.” 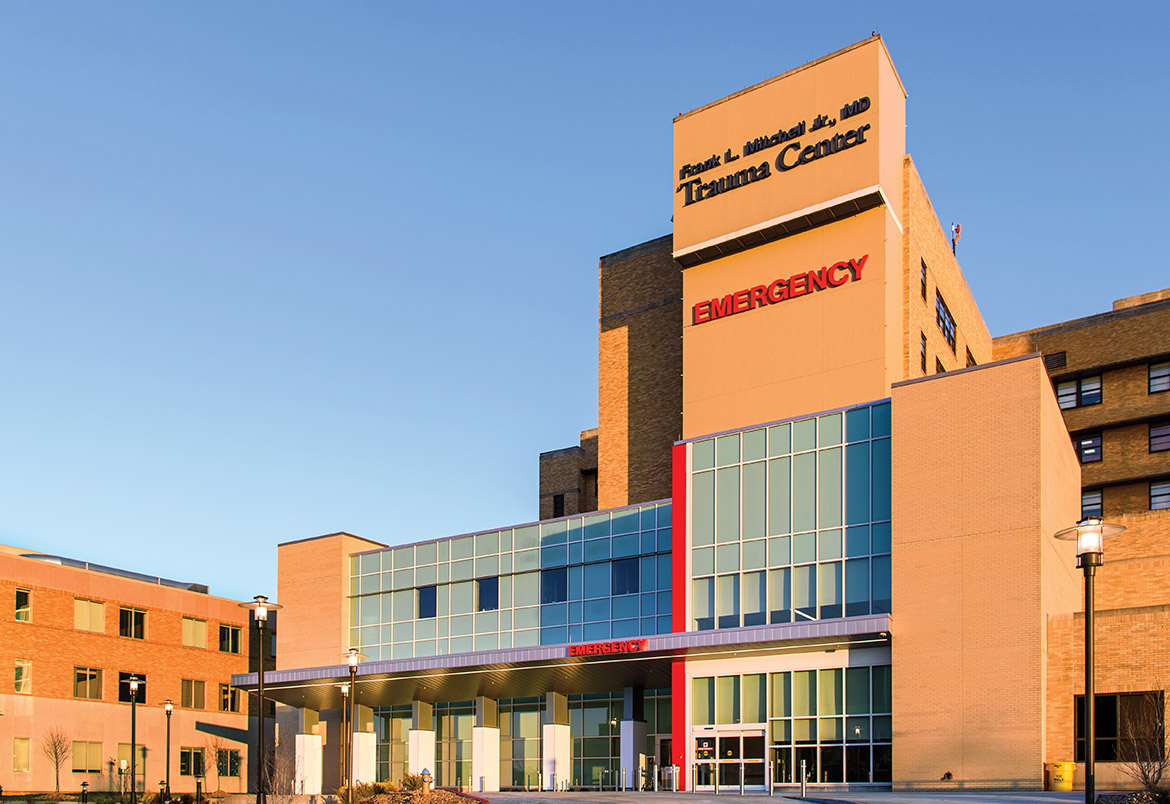 Health IT Is King

Health systems that underestimate the value of cutting-edge health IT expertise likely will pay a price, literally. The financial elephant in the health care room is the industry’s seismic shift from the traditional fee-for-service payment model to a new model that promotes value-based care. The new model, spearheaded by the Centers for Medicare and Medicaid Services, or CMS, with commercial, non-government health insurers slowly following suit, requires hospitals, clinics, medical groups, and physicians to show that patients and patient populations are receiving quality care.

Health IT and patient data are the centerpieces of the new reality of value-based care. The complex metrics of quality care and value-based care will lead to payment boosts for high-performers and, conversely, lower reimbursement for hospitals and clinics that can’t produce data to prove quality care.

It’s no secret that the electronic, digital world of health care, with a mind-boggling number of data points, is expensive, but it’s necessary for health systems to meet CMS’s and commercial insurers’ quality measures. Blair says he is charged with building healthy budget reserves to help “cushion” against the transition to value-based care payment models and potential decreases in government reimbursements. Just over 60 percent of MU Health Care’s revenue comes via Medicare and Medicaid, he says.

If the health system is faced with the need to expand or to deal with lower insurance reimbursements, the reserves will be available, Blair says. MU Health Care is not publicly traded, there are no shareholders or investors who receive dividend checks, and, despite ongoing misconceptions among some in the public, the health system does not receive money from the university or from the state, Curtright says.

“We’re a business that has to very,  very much perform and perform well, because we have got a ton of resource demands every year,” he adds. 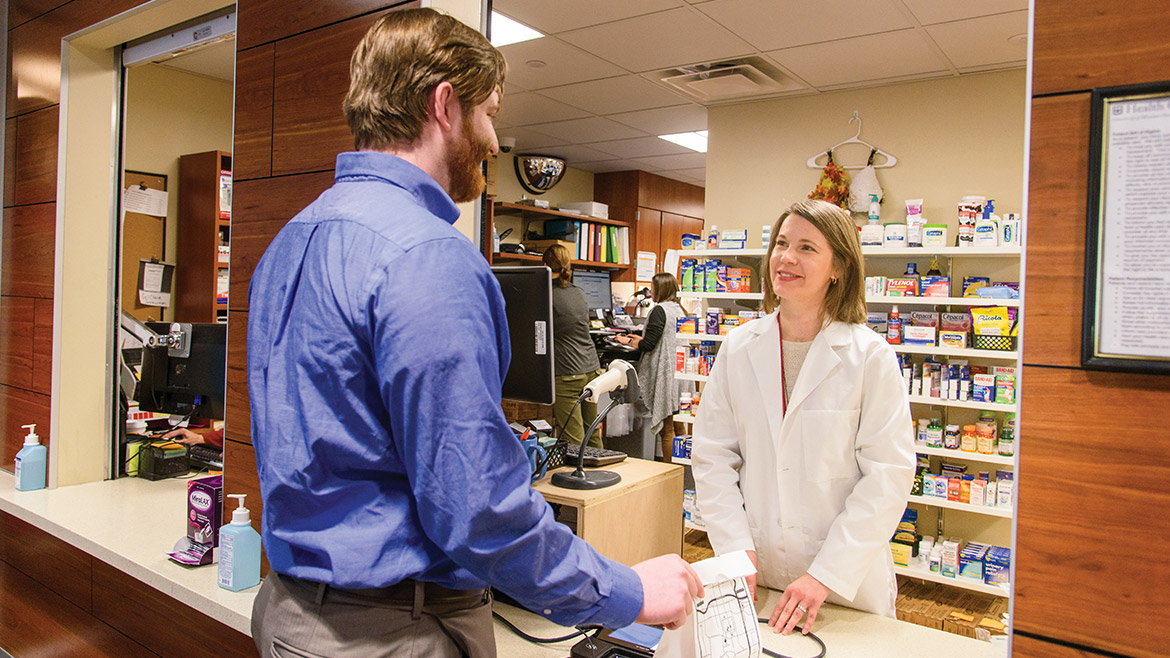 With a daily census now topping 400 patients, the hospital system must become more efficient at managing patients, Blair says. “The moment a patient is admitted, we need to start a discharge plan” dictated by needed treatment, he adds. “We have to address this in the next few years.”

But new buildings are not good options. As Curtright says, “Brick and mortar is expensive.”

Increasing its primary care network is another important goal for meeting both future needs and value-based care’s focus on preventive health services to provide the best care in the least expensive setting. To that end, MU Health Care has purchased land next to Battle High School, in east Columbia, for a new primary care health center. Curtright says the system is also looking at the southwest part of the city for a location for another primary care site.

The addition of primary care clinics coincides with a growing shortage of primary care physicians. Curtright gives a nod to the MU School of Medicine and a unique residency track that encourages more doctors to become family physicians.

Boone County is among the 100-plus counties in the state that has a shortage of primary care doctors. The Missouri Hospital Association’s 2017 annual workforce report brightened the spotlight on the shortage and painted an even more dire picture for rural areas. “All evidence describes a primary care shortage that will increase throughout time,” the report states. “We are now at a crossroads where the primary care crisis and health care reform meet.”

Innovation and technology are indeed changing the faces of hospitals across the country. Many hospitals were originally built to support a complex system of laboratory, radiology, pharmacy, physical therapy, and other services that were ancillary to surgical suites, emergency departments, and other traditional medical services.

But many of those services are now moving off-site or are provided by surgery centers, just one of the factors that has spelled doom for smaller hospitals. Case in point: Blair pointed out that 60 percent of surgeries are currently done on an outpatient basis. Research indicates that within 10 years, that number will rise to 85 percent.

“We need to transform every two or three years if we’re going to be successful,” Blair says. “We’re trying to anticipate what all these future trends are and make sure we are renovating and innovative so we’re relevant 10 years from now.”

Curtright says the development of sub-specialists through the MU School of Medicine is already key to that transformation.

“If we could get in our time machine and go forward 20 years, I’ll bet you there is still an outstanding, highly complex, traditional hospital that’s sitting right here,” Curtright says. “Without a doubt. But more and more, there’s going to be fewer of those places.”