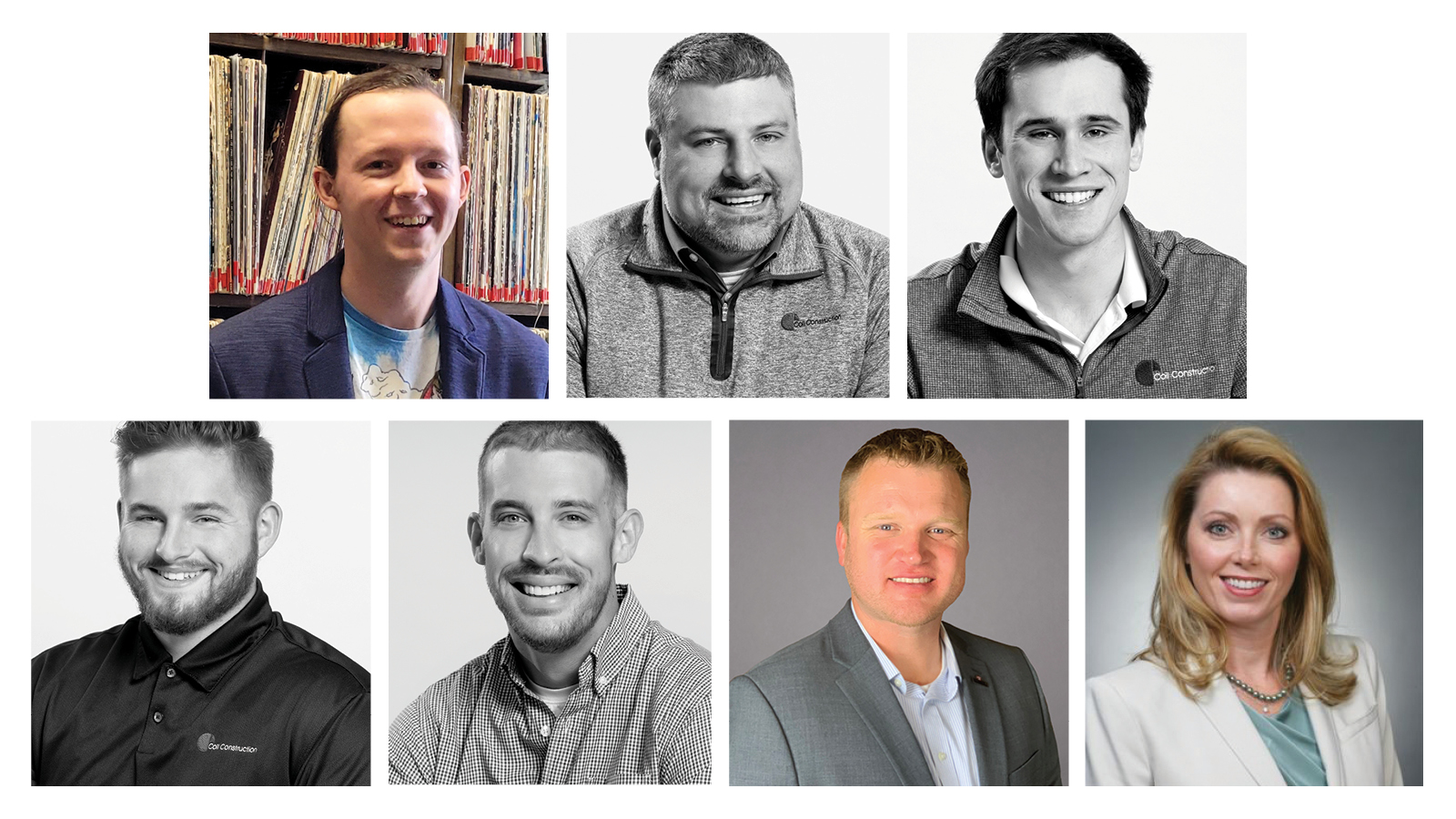 Dylan Martin has joined the small-but-mighty staff at KOPN 89.5 FM, the nonprofit community radio station. As operations manager, Dylan will coordinate radio traffic, maintain equipment, ensure that computers and servers are secure, and train volunteers to operate the recording and broadcast equipment. As a librarian and assistant professor at Lincoln University, Dylan established the Digital Media Lab, a grant-funded audio-visual production studio. Dylan volunteered on the KOPN Engineering Committee for years, and he has worked as a sound engineer for venues, like Cafe Berlin, and for events, including the True/False Film Fest. He has a master’s degree in library and information science from MU.

Coil Construction announced new additions to its team. Kevin Harvey joined Coil as a senior project manager. He holds a bachelor’s degree in civil engineering technology from Lincoln University. Kevin’s responsibilities at Coil include managing projects and using his site and utilities experience to help the team. Adam Rose joined Coil Construction as a project engineer. Adam holds a bachelor’s degree in mechanical engineering from MU. As a part of Coil’s regional operations team, Adam’s role includes assisting with the city permitting process and helping with project subcontractors and bids. Greg Chillion joined the Coil team as a project manager. Greg spent five years in the U.S. Navy as a staff intelligence analyst. At Coil, Greg’s project manager duties include working on estimates and assisting project managers on larger projects to get things off the ground. Jordan Grisham joined the Coil team as a project manager working on regional operations. His responsibilities include field support for the team during all stages of the construction process, from pre-planning and permitting to scheduling. He also handles any warranty work after a project is completed.

Nabholz Construction Corporation recently announced the opening of an office in Columbia, with senior project manager Mitchell Fuemmeler leading the team. Fuemmeler most recently oversaw construction for the $130 million bond program with Jefferson City Public Schools in Jefferson City. He is a native of Central Missouri and earned his Bachelor of Science in construction management from the University of Central Missouri. Mitchell is involved in multiple community and professional organizations, including both the Columbia and Jefferson City chambers of commerce, REDI, UCM Construction Management Advisory Board, Big Brothers Big Sisters of KC, and Habitat for Humanity.

After a nationwide search, Shanon Fucik has been named the new chief nursing officer at MU Health Care. Fucik is the senior nurse director of emergency services, trauma, critical care transport, and patient logistics at Children’s Mercy. She has 20 years of experience in nursing department administration with expertise in all areas of health care leadership, including team leadership, hospital operations, budgeting, strategic planning, program planning, quality and performance improvement, project management, and leadership development. Fucik earned her Master of Business Administration from the University of Missouri-Kansas City and a Bachelor of Science in nursing from the University of Kansas School of Nursing.