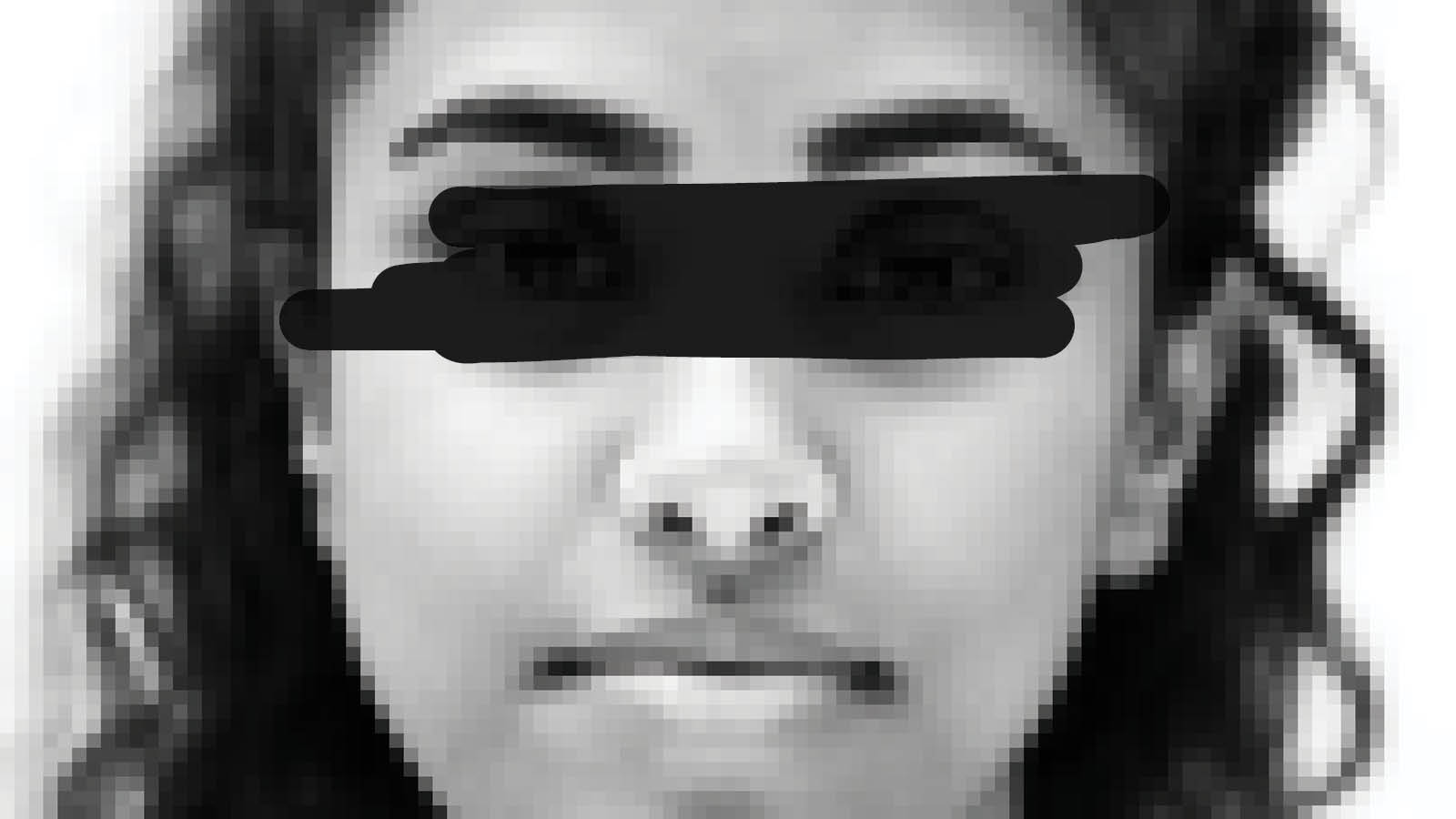 Human trafficking can be difficult to recognize, but knowing the signs to look for and who can help could save a life in your own community.

Human trafficking, which includes both sex trafficking and labor trafficking, generates $150 billion a year globally, making it the fastest growing criminal industry in the world, second only to drug trafficking. The statistics are sobering, and startling, because human trafficking isn’t just a concern for other people in other cities. It’s happening right here in Columbia.

“Many, many, many individuals are trafficked right here in the city limits of Columbia,” says Nanette Ward, who helped launch the Stop Human Trafficking Coalition of Central Missouri in 2008 to raise awareness about human trafficking in Mid-Missouri.

The coalition provides free educational opportunities in a variety of formats for any and all groups or people who would like to learn how to identify and prevent human trafficking, from professional and civic groups to schools and churches.

This past year, the Stop Human Trafficking Coalition of Central Missouri directly supported at least 60 survivors of human trafficking with a variety of services. With the help of coalition volunteers and resources, as well as resources pulled together from other social service agencies around Columbia, the coalition helps provide emergency lodging, medical care, mental health support, personal care products, food, long-term housing, furniture, access to educational opportunities, and much more to those exiting trafficking. While the majority of people served were survivors of sex trafficking, some were also survivors of labor trafficking.

“We are along for the long haul, for the duration,” Nanette says. “It could be months or years. Your life could be forever changed when you experience something like this. The relationships we form matter so much. Nobody is paying us to do what we do for the survivors; it is simply because they matter.”

What Is Human Trafficking?

According to Nanette, human trafficking is an exploitation of vulnerability. It’s the commodification or commercialization of a human being who is brought into the commercial sex industry, or into labor, with the use of force, fraud, or coercion.

While labor trafficking can occur in any industry, it most frequently occurs in the construction, lawn maintenance, hotel, and restaurant industries.

“It could be workers in a restaurant who aren’t getting the pay they were promised, who are sharing a single space with many other coworkers, or someone forced to babysit,” Nanette says. “If they are under threat of harm to themselves or their family, of having their documents taken, even if they are legally in the country, or of being reported and deported, they are victims of human trafficking and there is protection for those individuals.”

Sex trafficking can take many different forms, and it can happen to girls and women as well as boys and men. It could be forced prostitution. It could also be a child or an adult who is forced to provide photographs depicting sexual acts.

“When we think of human trafficking, we think of kidnapping, but there are often times when a child is still attending church, going to school, participating in sports, and they’re being trafficked when they’re still at home with their parents,” says Richelle Douglas, a coalition board member. “A girl befriends a boy online, he talks her into going to a party at some other location, she goes to the party and he slips her drugs, sets her up where she is going to have sex, he gets paid for it, and she turns around and goes home. She’s been trafficked, and she probably doesn’t know. She’s still going to school, doing all the things a teenager is doing. Or a kid sends a picture online, and the next thing you know, the recipient says they need more and more. They’ve backed themselves into a corner where they’re being coerced and threatened. Kids can be at home doing all the right things and they can be trafficked, and parents might not even know.”

Because it is such a lucrative criminal industry, some victims of human trafficking are, in fact, abducted. Other victims are lured in through social media and other online platforms.

The Dangers of Social Media

The internet has opened up a whole new world for predators to access victims of all ages, but kids are especially vulnerable. Predators are contacting kids through text messages, private messages, direct messages, and through gaming platforms like “Roblox” and “Fortnite,” even on private accounts.

“We can’t stress enough how highly targeted young people are,” Richelle says. “You have to retrain your thinking as a parent or guardian. It’s not a matter of if; it’s a matter of when. Something is going to come across their path, whether it is something they searched out on their own because of curiosity or it is something unsolicited.”

According to Corporal Kim Davis, human trafficking coordinator for the Missouri State Highway Patrol, social media increases the risk for kids because they struggle to understand that they don’t always know who they are in contact with.

“You don’t always know who you’re talking to, and kids don’t quite fully understand that,” she says. “Relationships get built via social media. We know how difficult the teenage years are, and if you take a girl who is struggling with her self-image and her self-esteem, and you connect with someone via social media who says all the right things, there are all kinds of risks, even beyond becoming a victim of human trafficking.”

Many predators earn the trust of their victims through grooming, a process where they gain their victim’s trust, identify their vulnerabilities, then offer them what they are wanting and needing. Once they’ve earned their trust, they isolate them.

“Once they isolate them, they’ll normalize sexualize encounters by using pornography, by showing them pictures of this person doing this and it’s not a big deal, to normalize it and desensitize them,” Nanette says. “Then they can control them. They’ll threaten to tell everyone what they’re doing or threaten violence.”

The ease with which predators can access children means that parents have to be proactive in talking to their kids about the dangers of social media, and they have to develop a strong foundation of trust with their children.

“We tell parents that they need to talk to their kids constantly,” Richelle says. “It is not a one and done conversation. You need to talk to your kids about sex, body parts, good touch, bad touch, good pictures, bad pictures, and correct terminology for body parts. We want to normalize the awkward conversations we don’t want to have so they know they can talk about it if something bad happens.”

Beyond the open and frequent conversations, Kim says parents should have access to their children’s devices, and they should regularly review their online activity.

Noticing red flags in children is difficult, as the teenage years often bring many changes. But Richelle says that an older boyfriend or girlfriend, new jewelry, a new phone, new clothing or other gifts, a change in grades or behaviors, a change in who your child is associating with, staying up later than usual, or dressing differently could all be signs that they’re involved in a difficult situation.

“Don’t shame them or make them feel guilty,” Richelle says. “Never create a space where they’re fearful to come talk to you or another trusted adult.”

With an online world that is constantly evolving, Nanette stresses the importance of constant vigilance, whether your child earns straight As, is an athletic standout, or is the class president.

“These are smart parents with blinders on to the real issues of what our kids are exposed to and the capabilities of access they have on social media,” Nanette says. “There are parents that we know who are smart, caring, loving, and educated, and our kids can still slip through the cracks because of how aggressive predators are. They have nothing to lose.”

“It’s often difficult to get a case put together for prosecution,” she says. “If the victim is under 18, it’s pretty simple, but when you get into adults, you have to prove the force, fraud, or coercion aspect.”

The philosophy of supply and demand dictates that human trafficking will continue to grow, and that’s why the coalition is working tirelessly to serve victims and to educate the community.

“Our goal is to expand the circle of those who understand,” Nanette says. “It’s one of the biggest defenses we have against this crime. The more of us who know how to recognize it and report it, the better.”