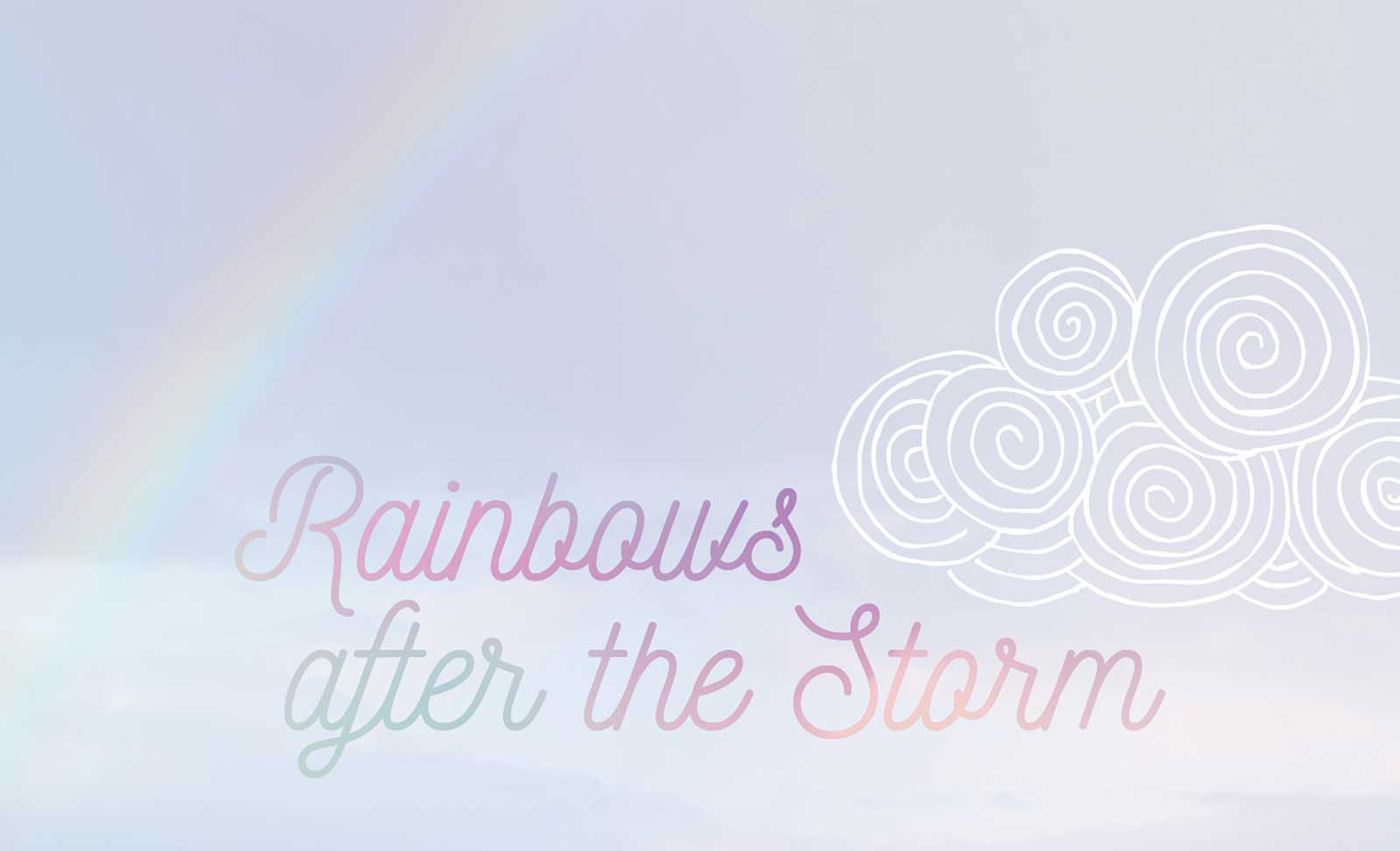 Twelve percent of women of reproductive age — 1 in 8 couples — struggle with infertility or recurrent pregnancy loss. The emotional, physical, and financial burdens are heavy, almost unbearable at times. But for those struggling with infertility, the light at the end of the tunnel keeps them moving forward, day by day.

The Lowest Lows Lead to the Highest Highs

The positive pregnancy test thrilled Megan Alphin and her husband, Anthony. They got pregnant the first month they tried to conceive, and they were overjoyed with the idea of watching their son Schaefer, now 7, become a big brother. As they began to envision life as a family of four, a routine ultrasound 20 weeks into Megan’s pregnancy brought shocking and devastating news.

“We got pregnant easily with no issue, until the 20-week ultrasound, when we found out there were several abnormalities,” Megan says.

Their daughter, Berkeley, was diagnosed with Trisomy 18, a condition that significantly disrupts fetal development. On April 26, 2017, Berkeley was born via cesarean section at 38 weeks. She lived for one day before passing away on April 27, just five days after Schaefer’s third birthday.

Eight months later, as Megan and Anthony continued to navigate their grief while parenting a toddler, they began trying to conceive once again. Though she had gotten pregnant quickly and easily with her first two children, Megan says she was surprised that, after many months, nothing was happening.

“After six months, I had my regular check up with my OB/GYN, but she wasn’t too concerned because we had conceived in the past, so she suggested that we wait it out for a year,” Megan says. “After everything we had been through, I didn’t want to wait it out. It’s confusing because once it happens naturally, you start wondering if you’re doing something wrong or if it’s your fault in some way, but that’s also what made me start to wonder what could have changed in my or my husband’s body in this time period.”

After losing Berkeley, Megan joined Graceful Wait, a local infertility and infant loss support group. As she began to discuss her pregnancy struggle with friends and group members, she realized her periods had always been abnormal and she was experiencing symptoms consistent with endometriosis. A couple months later, an OB/GYN friend agreed that Megan should seek out a fertility specialist.

Megan’s journey took her to Missouri Fertility, where she met Dr. Gil Wilshire. After a consultation and diagnostic testing, Dr. Wilshire confirmed that her secondary infertility — her inability to become pregnant after previously giving birth to a baby — was most likely caused by endometriosis.

“The majority of the patients that we see have a diagnosis of endometriosis or polycystic ovary syndrome,” says April Rutter, Missouri Fertility’s practice manager. “The definition of infertility is if you’re 35 and under and trying to conceive for a year with no success, or over 35 and trying unsuccessfully for 6 months.”

In her first month with Dr. Wilshire, Megan was able to complete a round of the fertility drug Clomid along with intrauterine insemination, a type of artificial insemination.

‘We got pregnant right away, but the first time we had an ultrasound at eight weeks, Dr. Wilshire found some abnormalities,” Megan says. “He said we would miscarry the child, and we miscarried our daughter Jozie at 10 weeks.”

Despite two heartbreaking and physically draining losses, Megan says she kept a deep desire to grow her family in any way possible. She continued cycles of Clomid and IUI with no luck until Dr. Wilshire switched Megan to an injectable fertility drug called Follistim. Then, Megan got pregnant.

“From the beginning, my HCG numbers were high and I was worried that it could be a molar pregnancy [a complication that causes cyst production in the reproductive organs], but then I realized that it could mean multiple babies,” she says. “I knew my numbers were really high and I had a lot of cramping, and I was up all night thinking, ‘What if multiple babies is the outcome?’”

“I had tried not to read too much online, but based upon the HCG number, I thought it was going to be two or three babies,” Megan says. “But you think, surely not. When they labeled the babies A, B, and C in the ultrasound, I think my husband and I just laughed.”

Despite her previous losses and a high-risk triplet pregnancy, Megan says the pregnancy went smoothly, and on March 10, 2020, Megan gave birth to two daughters and one son, Adleigh, Pierce, and Kherington.

“After our loss of Berkeley, it was hard to feel like I wouldn’t be able to get pregnant again,” Megan says. “I know women who go through years and years of much more significant fertility treatments and thousands and thousands of dollars. Any fertility struggle is hard, but I feel bad for saying our struggle was hard based on what other people are going through.”

Waiting for Their Miracle

Cortney Vogel jokes that, growing up, she had the impression that if she looked at a boy the wrong way, she could get pregnant. So when she married Brandon in September 2019 and they began trying to conceive, she says she never considered that getting pregnant could be a struggle. After trying for nearly a year with no luck, the couple scheduled a consultation with Dr. Wilshire. Cortney, 26, says they assumed they would undergo some testing to confirm that everything was working as it should.

“We are both healthy and young, and we never thought that we would have trouble,” Cortney says. “When we went to our first doctor’s appointment, I thought it would be super positive, but we found out there was no way we would have ever gotten pregnant.”

Testing revealed that Brandon had a varicocele, an enlargement of the veins within the scrotum. As a result, his sperm count was so low that the couple would not be able to conceive without surgery to correct the varicocele. Cortney was also diagnosed with PCOS, which causes irregular cycles that also make conception challenging.

“There was no way it could have even happened,” Cortney says. “Walking out of that appointment was tough. We weren’t expecting that. We thought it would be an easy, simple fix.”

After surgery to correct Brandon’s varicocele, Cortney says the couple carefully weighed their options. With irregular cycles caused by Cortney’s PCOS and Brandon’s sperm count not yet high enough to conceive naturally, the pair decided to begin the emotionally charged and physically challenging process of in vitro fertilization.

During IVF, eggs are retrieved from the ovaries and fertilized by sperm in a lab before being transferred back into the uterus. In order to stimulate egg production, patients inject themselves with a series of medications. In addition to the injections, patients undergo regular blood tests and ultrasounds to keep track of hormone levels and egg production.

“With the medications, you’re gaining weight, you’re not feeling like yourself, you’re watching your body change and realizing you don’t have control over it,” Cortney says. “I knew it would be hard, but until you do it, you don’t know how physically and mentally draining it will be on you.”

After their first embryo transfer, blood tests indicated a positive pregnancy. But just days later, the couple learned that it was a chemical pregnancy, a type of very early pregnancy loss occurring when an embryo doesn’t fully implant in the uterus.

As the Vogels prepare to undergo their second round of IVF, Cortney says she is thankful that she and Brandon have jobs that can support IVF’s hefty price tag. So far, Cortney says they’ve spent $22,000 on medications, ultrasounds, blood work, egg retrieval, and more, none of which was covered by their insurance.

“It is easy to get bitter through the process — to watch other people get pregnant so easily as you’re draining your bank account to do something that isn’t guaranteed. It is a lot,” Cortney says.

As a social media influencer, it was natural for Cortney to share much of her life with her following on Instagram, TikTok, and Facebook, and when it came to her fertility journey, she quickly discovered that sharing her struggle resulted in a huge amount of support from around the country.

“It is a private matter, and sharing on social media seemed taboo, but I really needed support through it,” she says. “There is a whole community of women who are dealing with infertility. It has honestly been one of the biggest blessings through this whole thing — the community I’ve gained through it, knowing I’m not alone.”

April says those struggling to conceive should begin a conversation with their OB/GYN, who will often prescribe a fertility drug like Clomid or Letrozole. If, after a few cycles, a woman has not yet conceived, April suggests scheduling a consultation with a fertility specialist.

“It doesn’t hurt to talk to someone,” April says. “You can come in and get your questions answered. Don’t wait until you’re so desperate that you need to get pregnant yesterday. Just because you go in and talk to a specialist doesn’t mean you have to start treatment tomorrow.”

In advance of a consultation, April also recommends that patients contact their insurance company to learn about coverage for diagnostics and treatment.

“You want to know what your insurance will cover and use it while you can,” she says. “If you need to do your diagnostic work up in-network, do it. We are all running the same tests. Then shop around to find the doctor with the best success rates who you’re most comfortable with.”