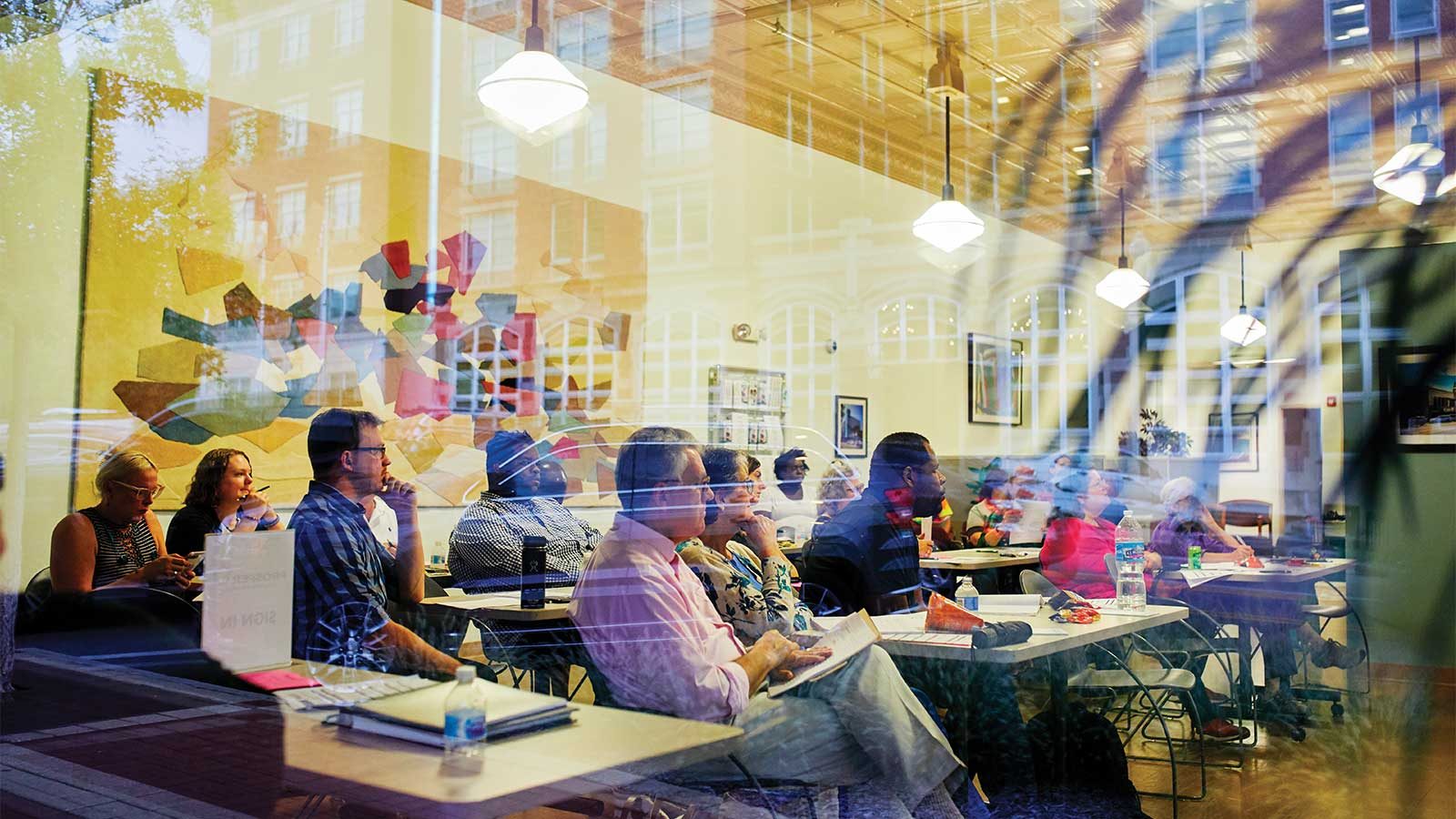 Melissa Hecht moved to Columbia from Peru in 2008, and the thought of returning to Lima to see her family seemed like only a hypothetical possibility — there was the distance, the price of plane tickets, and the fact that she and her husband were hoping to buy a house in the near future.

But once she got to planning and budgeting, Melissa saw that it could be a reality. She is now able to visit her family in Peru every other year, and she and her husband were able to purchase a house.

“Creating your own budget isn’t always the prettiest or most fun thing to do, but you have to get resourceful and keep your big goal in mind,” she says.

Melissa, consumer banking officer and manager at Central Bank of Boone County, wants to help others reach the financial freedom she’s found for herself, and so do her co-workers.

This summer, Central Bank of Boone County launched a new financial program for the community called ProsperU. Fully sponsored by the bank, this program offers free evening classes that are open to any member of the community, whether they’re bank customers or not.

Its Beginnings
Sarah Moreau has worked for Central Bank of Boone County for over a decade and is spearheading this endeavor as ProsperU’s program director. The response, she says, has been quite positive.

Six hours after putting up ProsperU’s July class listings, Sarah returned to her computer to see that 80 people had signed up for classes. Six days later, that number jumped to around 150. “A huge swath of our community is coming in — we’ve got an age range from 15 to 70,” she says. “That tells me my program is hitting right where we want it.”

Sarah suggests that there’s this unspoken expectation for everyone to be a money expert by age 18, and that just isn’t the case. Although many people in the community want to have their finances under control, they often don’t know how to take the steps to get there. Enter ProsperU.

“The program is trying to bridge the gap between banking seeming unavailable or unapproachable and being that resource that people desperately need,” Sarah says.
ProsperU has been in the works for about two years, says Central Bank of Boone County president Joe Henderson. It started as a discussion on how to increase the number of homebuyer loans, but when research showed that most people had little savings and felt fearful about finances, they knew they needed to broaden their scope beyond home loans.

While the bank’s staff was working on their ProsperU curriculum, they discovered that a bank in Boston had been doing a similar program for nearly a decade. They flew the director out from the East Coast to work through some questions, and Sarah visited them to figure out what worked and what didn’t. “We have an ongoing mentor relationship,” Sarah says. “Because the program is so unique, it’s nice to have someone else going through the process with us.”

In June, attendance per class was around 10 people, but as the program has grown in popularity, they’ve had to cap classes at 35 people.

In addition to marketing to the public, they’ve started partnering with organizations like Love INC and hope to expand these relationships to schools and other groups, Joe says. If a group comes forward, they’ll find a way to make it happen in their learning space on Seventh Street and Broadway, he says. “This is not just something we’re finished with after a year,” Joe says. “We have a budget behind the program, and we’re committed to making this thing successful for many years to come.”

En Español
Joe and Sarah approached Melissa about creating a Spanish program within ProsperU, and she jumped right on board.

A native Spanish speaker herself, Melissa started chipping away at translating course materials into Spanish, which took about three weeks. The first Spanish class launched in the middle of August, and right now the courses offered in both English and Spanish are about making a budget and personal finances. “I’m not going to lie to you — it was challenging. But it was fun,” she says. “You cannot rely on Google Translate, that’s for sure.”

Even if the Spanish-speaking community is fluent in English, Melissa knows it can be more comfortable for them to hear it in Spanish, especially in complicated subjects like finance and law. “Latinos are part of this community, and Spanish is part of our identity,” she says. “We hope people can see that we are here for the community.”

Why It Matters
A balanced budget is powerful, and Sarah knows this firsthand because she’s seen it and lived it. It wasn’t long ago that she had a one-on-one meeting with a client who started crying when she realized home ownership was a possibility for her.

Another client felt destined to live a life in debt, but after meeting with Sarah, she realized that that fate didn’t have to be final. “Sitting down with me made her realize, ‘Oh, it’s not that bad at all, and I can maybe meet all of these goals,’” Sarah says. “Sometimes we get in our head that it’s going to be bad forever, but it takes an objective person to say, ‘Oh, it’s not that bad.’”

With an accountant and a business owner for parents, Melissa realized at an early age that it’s less about how much a person earns and more about how that money is spent. “You can have goals,” she says, “and if you plan it, you can achieve those goals, like going on vacation or going to the school you want.”

And ProsperU is on a mission to equip the community to attain these goals. Joe says the vision of ProsperU is to empower strong financial lives. “We believe, as a community, if everybody is stronger financially, the entire community will benefit,” he says.

Sarah says the program is all about relationship building, and she’s excited to see how it will grow. “This is a unique, one-of-a-kind program, and we have so much opportunity,” she says. “The more we can engage with our community, the more impact we can have on making banking approachable.”

October 1
Owning a Business: The Good, The Bad, and The Ugly