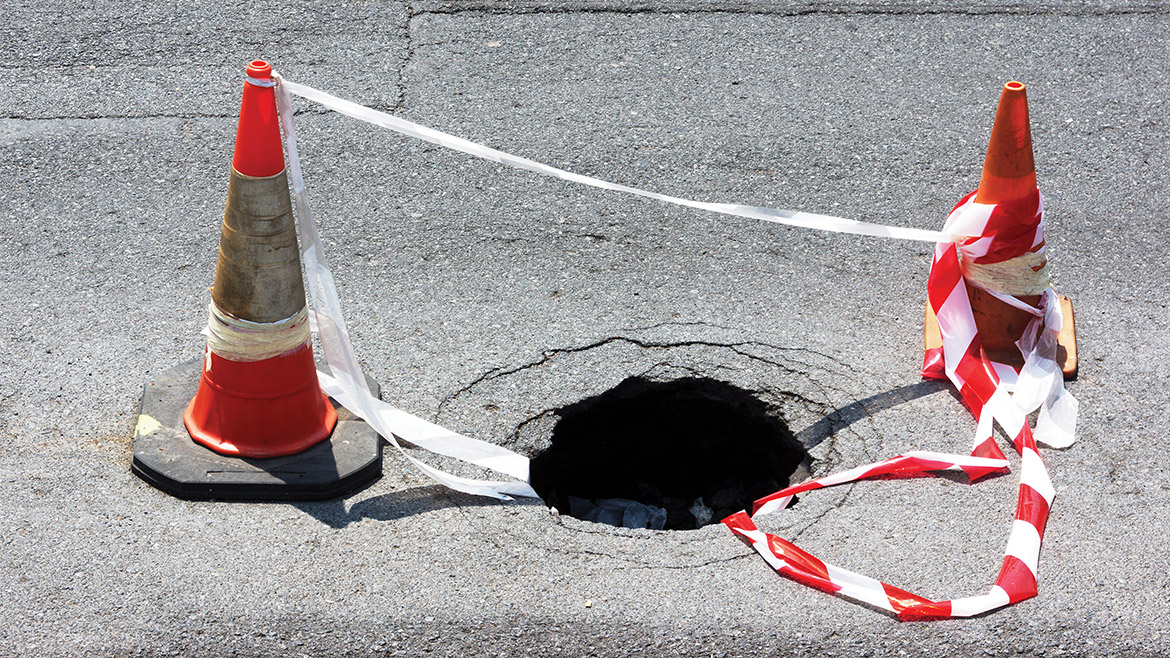 In October 2016, and at a cost of $1,100,000, the Columbia City Council voted to expand Flat Branch Park and purchased the building and lot at 32 S. Providence. This property abuts the busy Broadway and Providence intersection. Flat Branch Park, located at Fourth and Locust in downtown Columbia, winds behind the Walton Building, which houses the Columbia Chamber of Commerce, a Hardee’s, and office buildings, and is a jump southeast of the newly purchased lot.
It’s a nice park. This airy, green space provides a small break from downtown and access to the MKT Trail. It accomplishes all that it’s needed to do. The expansion, however, spreads in two respects: the acreage tacked onto the old park, and the use of a new creative source of funds for council pet projects. Unlike other park purchases budgeted and completed through tax increases and charitable donations, this purchase was made with interest accrued from the capital improvement project account. This costly park expansion came at a time when Columbia Police Department felt the strain from failing to grow at pace with the city. Currently a dispute among City Council candidates, funds that were not necessarily tied to any budget line could have instead been used to hire more officers, rather than expand existing parks, such as Flat Branch. Even back in 2013, KMIZ ran a story showing the surprise of citizens learning that the city budgets more funds to the Parks and Recreation Department than to the Police Department.
This area, for those who aren’t familiar, was the focus of a long debate wherein CVS had hoped to purchase the real estate and build a new pharmacy but ultimately gave up after a prolonged fight with the city council over zoning and easements. While this corner now occasionally hosts small businesses, it is largely vacant. In rejecting CVS over minor issues, the city seems to favor an expensive park extension over a sales- and property-tax generating business.
Flat Branch Park is not alone; the City of Columbia owns several properties that are not being used with efficient ends in mind. Gates Park was purchased in 2016 for $360,000 from a 2010 park sales tax but is currently undeveloped pending $275,000 from a possible future sales tax. Kyd Park, located at 2210 Garnet Ave., is currently undeveloped and sits unused with the anticipation of a future $125,000 through a park sales tax increase. Don’t expect anything quick, either — Kyd Park has been waiting on that development since at least the 2002 Master Plan.
This long-running dispute points to a possible disconnect of priorities between citizens and council members. Interest accumulating as unallocated funds would better serve citizens of Columbia if directed towards public safety rather than extensions of existing parks. There are a lot of council endeavors that do promote economic growth, such as efficient road projects that get traffic moving and bring the whole city a little closer together, but not every project is a good one. It’s important to question the projects that are not so good. The city should prioritize its needs over its wants. Some parks are essential to the character of our community, but many of the 64 parks we currently maintain (including seven undeveloped properties) are not more important than police and roads and sewers.
The cost of the city owning a premier piece of real estate on Providence are high and extend well beyond the $1.1 million purchase price to the $750,000 cost of developing it, maintaining it, and, significantly, foregoing the tax revenues that would have otherwise been generated and made available to support our community’s needs (roads, sewers, police, schools, and the like) had ownership of the parcel remained in private (preferably CVS) hands. This is passing on property and sales tax revenue that would have occurred had the city not bought it.
Paying for all these parks when the police department is understaffed and the sewers are falling apart makes as much sense as the teenager who spends thousands on a state-of-the-art stereo, a new paint job, and flashy rims for an old car that is only worth a few thousand bucks and is regularly breaking down. Maybe instead of putting a new tax on the ballot to support more police, we should instead propose and vote on an initiative on whether the city should sell some undeveloped or unmaintained properties to generate revenue from both the sale price and then the continuing tax revenue from efficient private use. This would not only generate more money for the city, but it would also remove the expense of developing or maintaining an unnecessary upgrade.