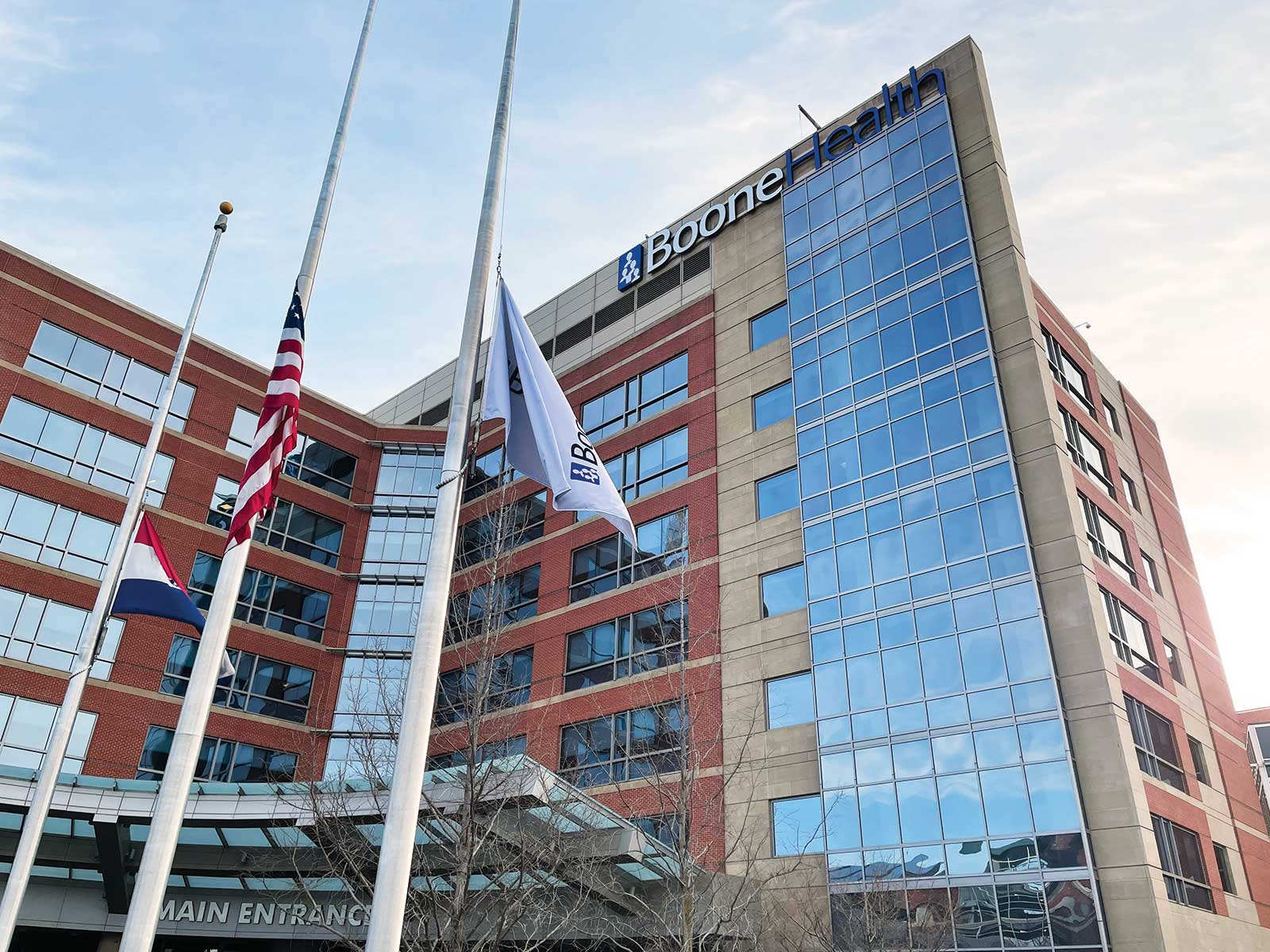 Getting Your Name on the Door

Boone Health has officially become an independent health care provider. The organization separated from the BJC HealthCare system on April 1, 2021, after 32 years. Boone Health is now an umbrella organization that manages Boone Hospital Center, Boone Home Care and Hospice, and Boone Medical Center, among others. The organization was formed in August of 2019 when the Boone Hospital Center Board of Trustees decided to separate from the BJC HealthCare system. Boone Health has transitioned over 150 software applications, including the installation of MEDITECH, a new electronic health record system. More than 160 employees have also been hired to fill roles previously handled by BJC shared services.

“I have been so impressed by the dedication of our team and their willingness to do whatever it takes to make Boone Health great. There is no doubt that we are on the path to becoming a successful independent health care provider focused on the needs of our local community.”

PedNet Coalition has received a two-year policy campaign grant through the Missouri Foundation for Health to build transportation equity. The grant will allow the nonprofit to lead a two-year advocacy campaign to develop and advocate for a new gold standard “complete streets” policy in Columbia. PedNet led Columbia to be one of the first cities in the U.S. to adopt a complete streets policy, which sets standards for road design that promote safe and equitable travel regardless of mode of transportation, in 2004. However, the policy has not been revised since and now lacks modern street design best practices that create safe and convenient streets. The grant will support the nonprofit in ensuring roads are safe and convenient for everyone, including those walking, biking, and riding public transit.

The City of Columbia released a new app, called MyCOMO, that will connect residents to a wide array of city information. Residents can receive notifications of specific events, chat with a customer service representative during business hours, and report issues. MyCOMO will provide users with information on city government, utility services, outage maps and directories, and more.

Heart of Missouri United Way is establishing the Equity Fund and Advisory Council. With the advice of the newly formed advisory council, the new fund will enable the co-creation of solutions that ensure all people in the United Way’s service area have the resources, support, opportunities, and networks they need to thrive. United Way is seeking BIPOC (Black, indigenous, and people of color) individuals to form and serve on the Equity Advisory Council. The Equity Advisory Council will make recommendations for strategic investments, awareness building, advocacy, and engagement to create more equitable communities.

Job Point and Veterans United Foundation officials announced that the foundation made an influential $500,000 donation to the social services organization. The donation makes Job Point closer to owning their building located on Wilkes Boulevard in central Columbia. Job Point says having ownership of the building will make them more able to direct funds to providing training, education, and support for students and job seekers in Missouri.

Two new voting members have been appointed to the Tolton Catholic High School Board of Directors. Michael Kelly and Julie Stansfield were appointed in February as lay leadership members. The board expansion was part of a larger strategic plan at the high school. Previously, the board of directors was composed of four appointed clerical members with the school’s president and principal serving in an ex officio capacity.