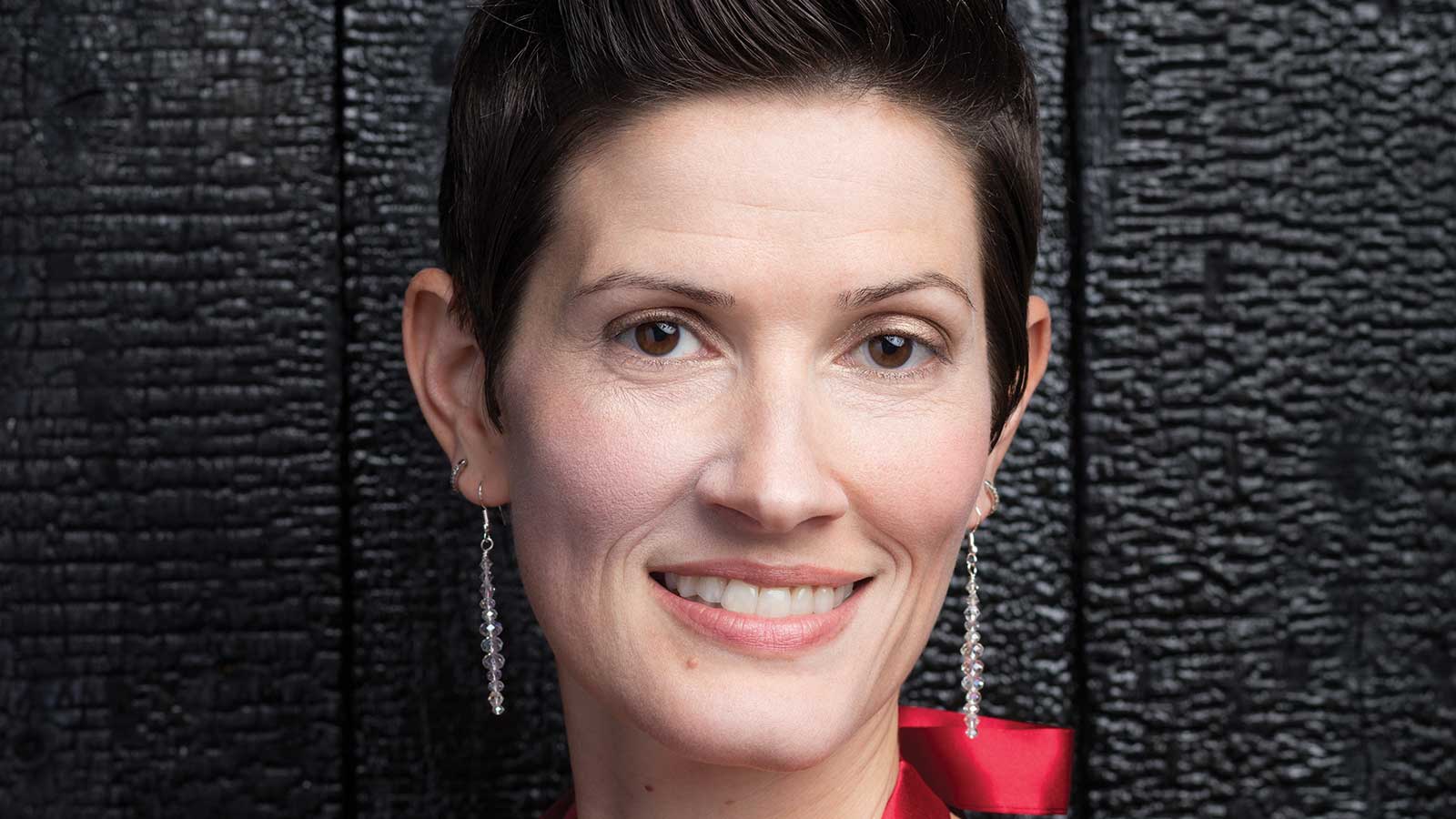 Ladies, do you like having the option to wear pants? Annette Triplett says you can thank the bicycle.

One of Annette’s favorite community activities is Vélo Vino Vici, a women-only bike ride with stops for wine tastings. The event celebrates the role the bicycle played in women’s empowerment and independence.

As chief executive officer of PedNet Coalition, it’s no wonder that Annette cares deeply about Columbia becoming a town where it’s easy to walk, bike, and ride public transit, making it easy for anyone to get where they want to go.

“My role includes advocating for safe streets for everyone,” Annette says. “I serve on public commissions and task forces to advocate for policies and infrastructure that move us closer to this vision and provide testimony to the city council on PedNet’s policy positions on behalf of our members.”

When Annette was hired, PedNet was in crisis and was months away from shutting its doors. Annette and her business partner banded together to claw PedNet back from the brink.

“There’s no doubt in my mind that without us, PedNet would have collapsed. We’re now seven years later and we’re financially stable, we’ve tripled our PedNet membership, grown our team from two to six full-time professionals, and had some of the biggest policy wins in PedNet’s history,” Annette shares.

Annette and her team also led Columbia to be the first city in Missouri and one of the first small cities in the country to adopt a Vision Zero policy, which sets a goal of zero traffic deaths or serious injuries on our city streets.

“In addition to Annette’s professional day-to-day actions, which include biking in high heels, I have been impressed with her ability to understand complex problems, research potential solutions and impacts, and communicate to both technical experts and the general public,” says Barbara Buffaloe, sustainability manager for the City of Columbia.

Annette is motivated by setting goals and achieving them. Her core values include ambition, intentional data-driven decision making, and strength. Annette embraces her introversion, but would like to improve on her cocktail party chitchat and taking less than eight hours to write a paragraph!

Fun Fact: As a master gardener, Annette loves snuggling up with a cup of coffee and a seed catalog.