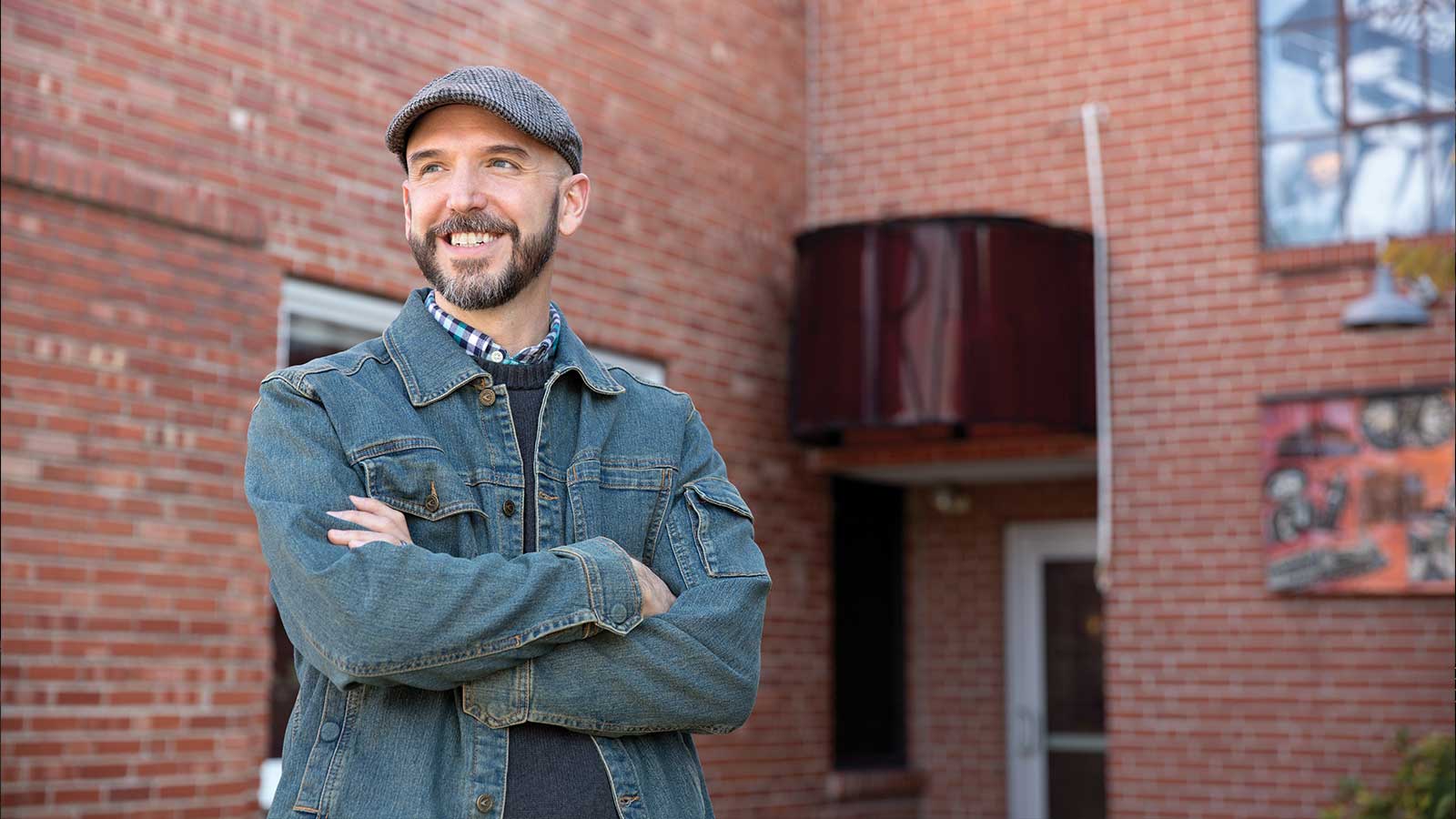 Accomplishment you are most proud of
Integrating our two projects — Ragtag Cinema and True/False Film Fest — more fully under one management team and board of directors over the past year.

Job description
Lead our team of amazing and dedicated staff to ensure we fulfill our mission and achieve our strategic priorities. And see a lot of great movies!

Professional background
After getting my undergraduate English degree, I worked at a couple of nonprofits and then in coffeehouse management. One day, I met these two guys — Paul Sturtz and David Wilson — who were starting a documentary film festival and wanted to use part of the coffeehouse I was managing as its box office. We stayed in touch over the years, and I eventually started working for them as the True/False volunteer coordinator. The ensuing 11 years is a blur.

Who you consider a mentor
Shon Aguero of Landmark Bank. In addition to serving as our board president, he’s a smart and savvy organizational thinker who leads with humility. I’ve also learned a lot from Joan Garry’s book on nonprofit management.

What people should know about being an executive director
The only way you’ll succeed and not burn out is to surround yourself with smart, passionate experts, and then empower them to take risks and make great decisions. I’m very lucky to be surrounded by exactly that kind of team.

Your next professional goal
Earn my MBA with a focus in nonprofit leadership.

If you weren’t doing this for a living, you would
Be a stay-at-home dad and write a children’s book.

Why you are passionate about Ragtag Film Society
Something special happens when you gather inside a dark cinema to watch a movie with your friends, neighbors, and people you don’t yet know. Everyone enters the same world that’s being portrayed on the screen and lives another reality for a couple of hours. That increases our empathy for people different than ourselves, opens us up to exploring our assumptions, and leads to meaningful introspection and conversation. Hopefully, all of that blurs the lines that divide us and leads, ultimately, to a more civil society. That’s not the only purpose of cinema, of course, but it’s one that’s important to me, and I’m passionate about ensuring our community has access to that.

The next challenge facing the independent film industry
The growing influence and dominance of major streaming services increasingly tempts us to consume movies in isolation, at home, alone. Navigating that trend, plus the consolidation of cinema distributors, presents some tricky challenges for the coming years. Getting out of your house and seeing movies at independent cinemas like Ragtag or at festivals like True/False exposes you to voices and stories you might not have heard otherwise, and it gives you the opportunity to enjoy cinema alongside your community.

Favorite recent project
Our new fundraiser, COMO Famous, which featured six famous Columbians screening their favorite film at Ragtag. It culminated in a screening of the thriller “You’re Next” inside the house where it was filmed. The contestants really got into the competitive spirit of the fundraiser and wildly exceeded all of our expectations. The generosity of our community was astounding.

How you want to impact the Columbia community
I strongly believe that Columbia is a better place to live because of the wealth of cultural and artistic opportunities it has to offer. I want to contribute to that landscape by making sure everyone in our community has access to immersive and transformative cinema through Ragtag and True/False for many years to come.

Favorite volunteer activity
With three young kids at home, it’s hard to find much spare time to volunteer right now, but I do enjoy serving on the board of my neighborhood association.

Favorite documentary and why
It’s very difficult to choose just one, but a recent favorite is “América,” which tells the story of three brothers struggling to care for their ailing grandmother. I was once in a similar situation with my own grandmother, and this film helped me reinterpret my own story by experiencing a similar story through someone else’s lens. It also reminded me of the power of seeing a movie in a cinema with a crowd. I initially watched the movie alone and on my laptop, and I thought it was fine. But when I watched it inside the Missouri Theatre during True/False, with a crowd of 1,200 people, it was a much richer and more memorable experience.

What you do to relax
Work out at the Rho Engine Room and meditate.

Family
I’ve been married to Erin Brown, the director of the COMO Wellness Conference, for nine years. We have three rambunctious kiddos ages 7 and below.

Your go-to restaurant in Columbia and the dish/drink you’d recommend
Nourish — get the Broadway Bowl with chicken salad.

What you wanted to be when you grew up
An architect.

Most people don’t know that you
I was accepted to attend the Shakespeare Institute in England after undergrad, and I almost went, but Jack Kerouac’s “On the Road” and the advice of a sage professor lured me out west to Boulder, Colorado, instead. I love cinematic interpretations of “Hamlet,” and watching Kenneth Branaugh’s 4-hour epic version in a cinema remains one of my most memorable experiences.