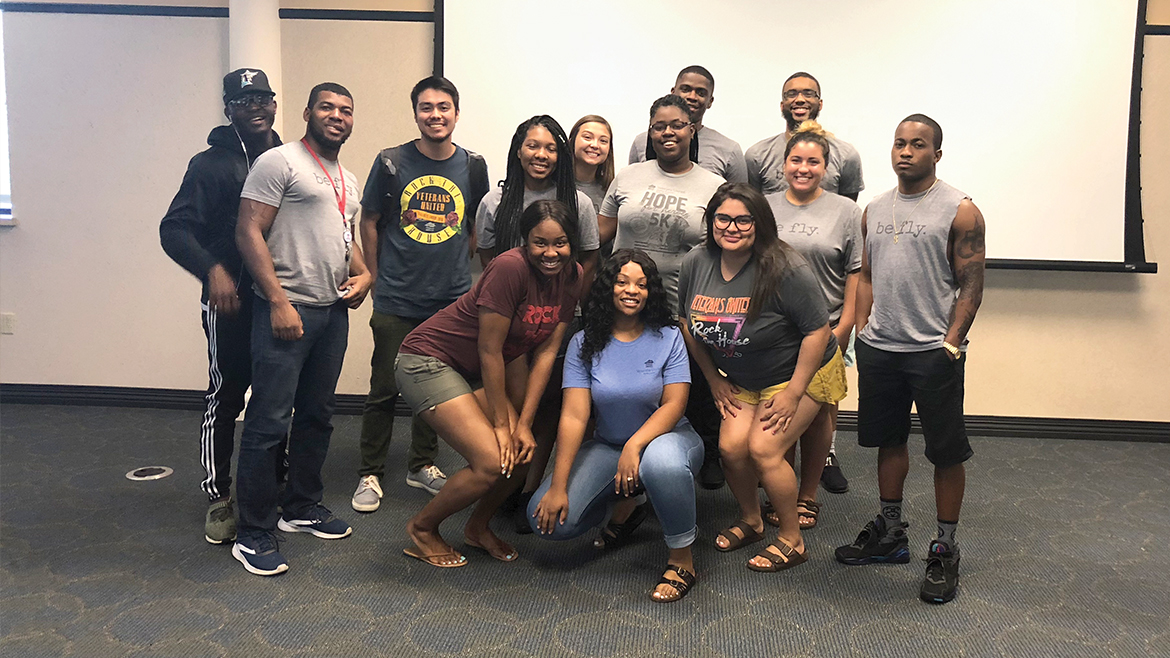 For many marginalized communities, success in specific professions appear more obtainable if they see someone who looks like them succeeding in that profession. The mortgage industry isn’t very racially diverse, which leads to challenges in recruiting professionals of color to work in the industry.

Veterans United Home Loans launched an immersion internship program in May 2018 with 12 interns from across the country. The intent of this nationally-sourced diversity internship was to immerse students of color in the mortgage industry, the Columbia community, and Veterans United’s company culture. We worked towards introducing the interns to a vision of belonging; we showed them how they can fit into the mortgage industry and why Columbia is a great place to call home.

The interns were placed in departments across the company where they worked on executive projects and a new nonprofit, the Inclusive Impact Institute.

The Inclusive Impact Institute launched earlier this year with the support of a group of local organizations, including Veterans United, to provide support to diversity and inclusion efforts in central Missouri.

Developing projects for the institute with the interns provided fresh ideas and a youthful perspective on the nonprofit.

Titus Ziegler, one of the interns, had never given central Missouri any thought until he attended a career fair in Tallahassee, Florida, where he met Secily Devese, a culture diversity and inclusion coordinator at Veterans United. Soon after, Ziegler, his fiancée, and their child packed their bags for Columbia.

“I wasn’t familiar with the company or the area at all,” Ziegler says. “So it was kind of a leap of faith coming for the internship. Once we got here, [Veterans United] showed us that we were welcome like family and everyone wanted to make sure we were successful and we were comfortable in the city.”

In addition to the hands-on experience of working in a fast-paced corporate environment, the interns also tapped into the philanthropic spirit of Veterans United and volunteered at local nonprofits. The program also offered team building and personal growth opportunities like a culinary tour, introductions to public speaking and golf, and time to more deeply experience Columbia’s culture.

Ziegler says the opportunities the Immersion Program provided and the doors it could open were too good to pass up. During the internship, Ziegler’s fiancée also found an opportunity to work with Veterans United. The experience had such an impact on the Ziegler family that Ziegler currently works remotely for Veterans United in Tallahassee while his fiancé finishes school. After graduation, the family plans to relocate to Columbia.

Marcus Borthwick, another intern, had no idea what to expect when he came to Columbia for the program.

“At the beginning of the program, I thought Columbia and Veterans United would just be a pit stop toward my goal of finding a longterm job surrounded by a group of people I enjoy interacting with daily,” Borthwick says. “Instead, I had found just what I was looking for, and I continue to enjoy life in Columbia.”

At the end of the program, Borthwick canceled his return flight home and moved in with a co-worker to work full-time for Veterans United.

“There were several reasons I stayed in Columbia,” he says. “One was that I had made a good group of friends that I could rely on during the summer I was here. These were people that I could go to for advice whenever I wanted and would be there for me whatever the reason. Through a series of events that I did not expect to happen, I found myself drawn to Columbia and the people who make it up, which eventually led to my decision of staying here and making this my home.”

Veterans United plans to continue the Immersion Internship Program next summer, and they were recently recognized by the Mortgage Bankers Association as a 2018 Residential Diversity and Inclusion Leadership award winner.

Loreli Wilson is the director of diversity and inclusion programs at Veterans United Home Loans.