We All Need an Angel or Two 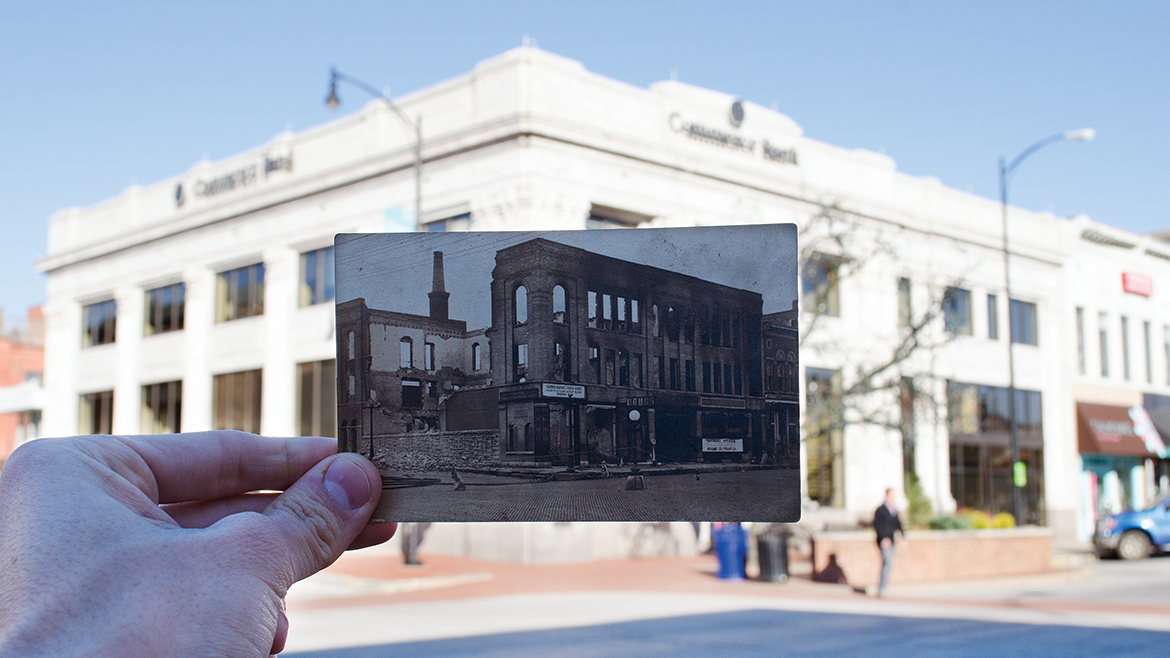 The Commerce Bank building, located at 901 E. Broadway, stands in place of two previous historical buildings, the Haden Opera House and the first Haden building, both of which met fiery ends.

The Haden Opera House was built in 1878. In 1897, the opera house showed the first film in Columbia. The building burned down in 1901. Another structure, the Haden building, was erected in its place the same year.

In 1921, the Haden building burned down. According to a Columbia Daily Tribune article, the fire started in the boiler room, and the Tribune described it as “the most disastrous fire which has visited Columbia in several years.” The fire department fought the fire for six hours, and three boarders were saved from the third floor of the building. The estimated damages were between $80,000 and $100,000.

“After a few years of design and engineering work, we closed the building for a year to complete an extensive renovation,” Maledy says. The building reopened in May 2010.

Prior to the Boone National Savings and Loan acquisition, Commerce Bank already had several branches in Columbia. After renovations, the Ninth and Broadway branch was designated as headquarters.

At headquarters, there are offices for the senior regional executives, the Commerce Trust Company team and human resources. Customers can enjoy the retail lobby and the convenience of an ATM.

In 2011, the building was named to the City of Columbia Historic Preservation Commission’s Most Notable Properties. Today, it is the largest intact classical revival building in The District.