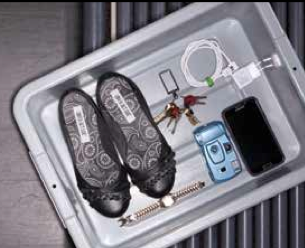 It’s no surprise Columbia Regional Airport, or COU, greatly impacts the local economy, with a total output of more than $87 million, 745 jobs and a payroll exceeding $26 million. One of the staples of an effective airport is the Transportation Security Administration.

Fewer than 12 TSA agents work at COU, though the exact number can’t be published for security reasons, according to Bill Switzer, a TSA federal security director based in St. Louis. A large airport such as Kansas City International Airport, however, employs more than 100 agents. These federal employees are hired locally, though, once hired, may request a transfer to another airport.

Although there is no difference in TSA standard operating procedures between large and small airports, there are some inherent differences, such as agents’ schedules and average time spent in line.

Switzer says agents typically work the same days and times, and the shifts are bid based with senior agents bidding first. The shifts for COU’s agents are established based on flight schedules, so with four daily flights (three on Saturdays) at 6 a.m., 6:45 a.m., 12:55 p.m. and 2:35 p.m., the agents usually work swing shifts.

Some TSA employees, such as supervisors, work full-time schedules. According to airport manager Don Elliott, most of the agents remain onsite between shifts.

“We just had an [agent] from Mexico who retired and would stay around between his shifts,” Elliot says. “Why drive to Mexico to turn right back around for his second shift? It’s a choice they make, so they don’t have to go back and forth.”

At COU, another difference is the agents must first check screened luggage and then check passengers, Elliott says. “Most airports have two separate teams to do that, so they’re doing double duty here.”

Private contractors and the TSA

Under the TSA’s Screening Partnership Program, some airports have transitioned to private contractors fulfilling the duties of the TSA. As of August 2014, 18 airports participate in the program, including Kansas City International Airport. Small airports in Iowa, New Mexico, Montana, Florida and New Hampshire also participate in the program, according to SPP Director William Benner. Passengers traveling through these 18 airports represent 4.5 percent of the TSA’s annual passenger volume; the contracts are worth $661 million over five years, Benner says.

Along with most small airports, COU already utilizes a private contractor, Midwest Air Traffic Control, to staff its control tower. According to Switzer, any airport may apply for the program, and the decision lies with the airport’s governing body: in Columbia’s case, City Council. Contract screeners must meet all the requirements applicable to federally employed screeners, Switzer says.

“Contractors must adhere to the same strict operational, hiring and training standards as those used for TSA employees,” Switzer says. To date, he says, performance of TSA officers and private screeners is comparable.

“The government accountability office came out here and interviewed us about screening because there’s been this big push from Congress to privatize it, but we like what we have now,” Elliot says. “That consistency is good for the customer. Kansas City is private, and they like it. I think it’s just what you’re used to.”

Another difference is the time required to get through screening — usually less than 10 minutes at COU, according to Switzer.

“Screening is very quick here compared with larger places, like DFW,” Elliott says. At COU, screening usually begins just 45 minutes to an hour before the flight.

“People often think there are more concourses once you go through security, but it’s not like that here,” Elliott says. “Most people don’t want to wait too long in that holding area.”

‘Our goal is the same’

Attrition of TSA agents at COU is relatively low when compared to larger airports. “These TSA jobs, federal workforce jobs, are good jobs to have in any city, and that includes Columbia,” Switzer says.

When it comes to COU staff working with the TSA, Elliott says they work closely on safety meetings and training for the badge required to work on the tarmac. “This is a small airport, and everyone knows everyone else,” He says. “If there are any questions, they can just go ask one of the security officers or come ask me.”

“We basically rent them space here,” Elliott says. “Our goal is the same: to serve the customer, to provide customer service and help them get through screening as quickly as possible.”

The State of COU