Everything and the New York-style bagel 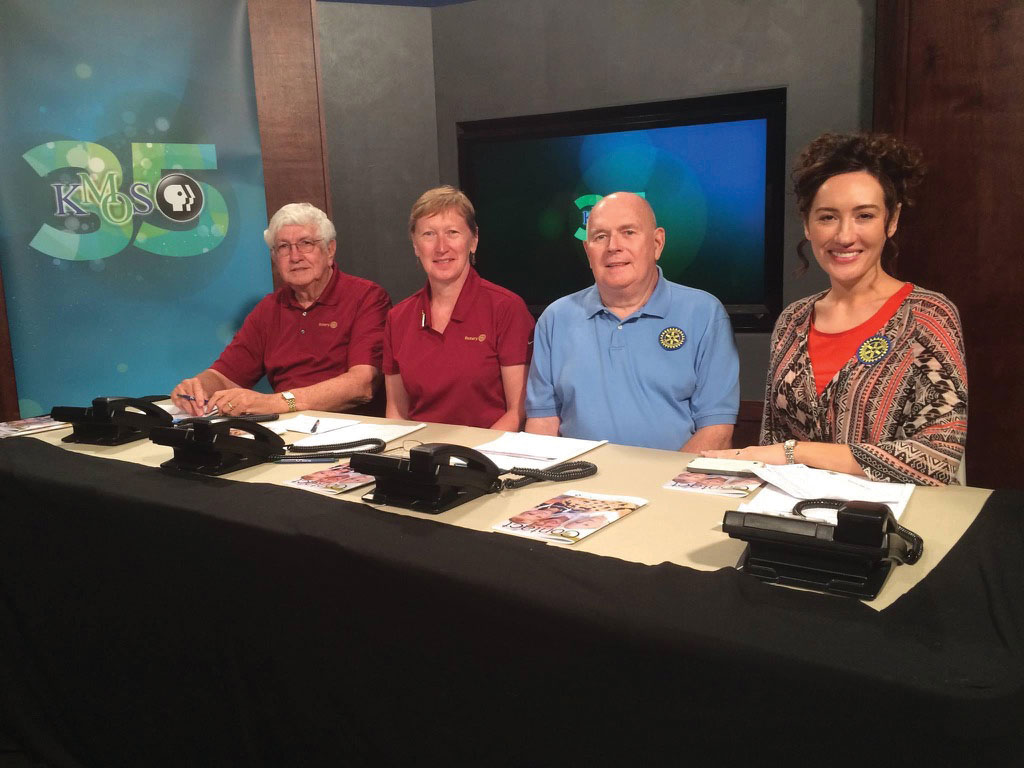 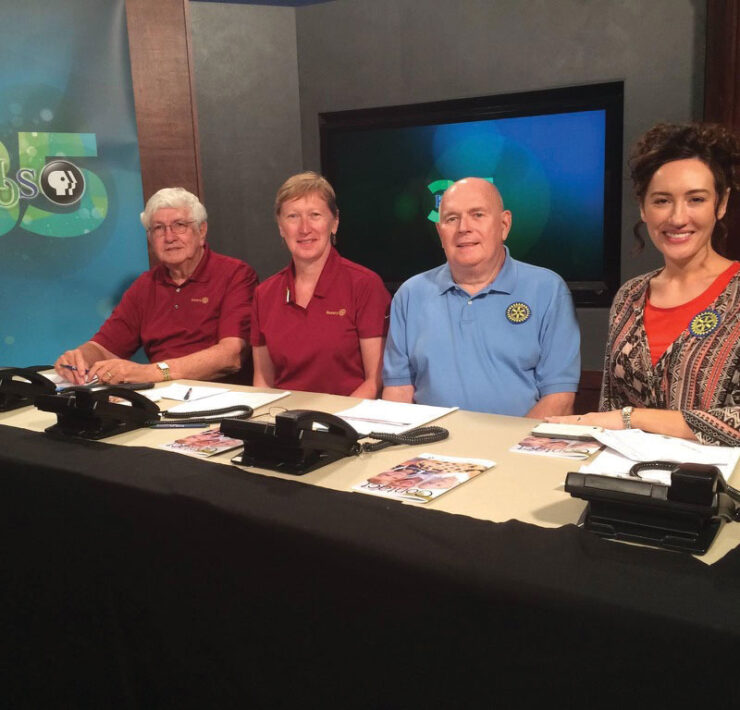 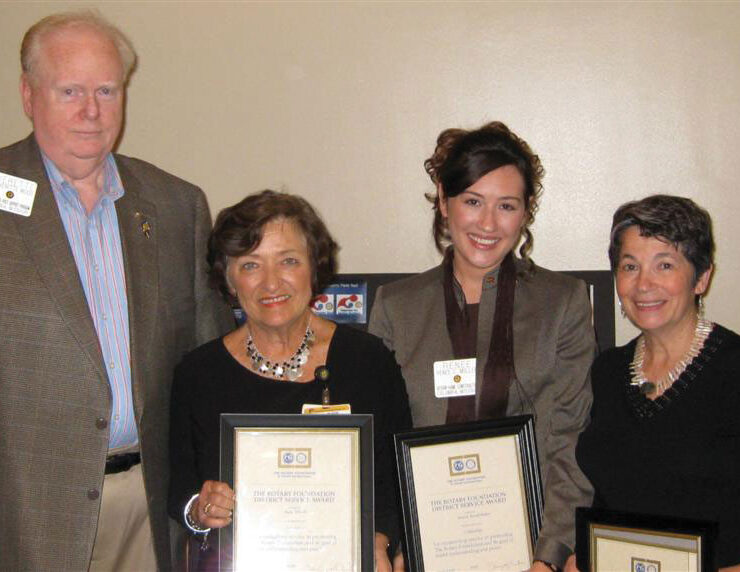 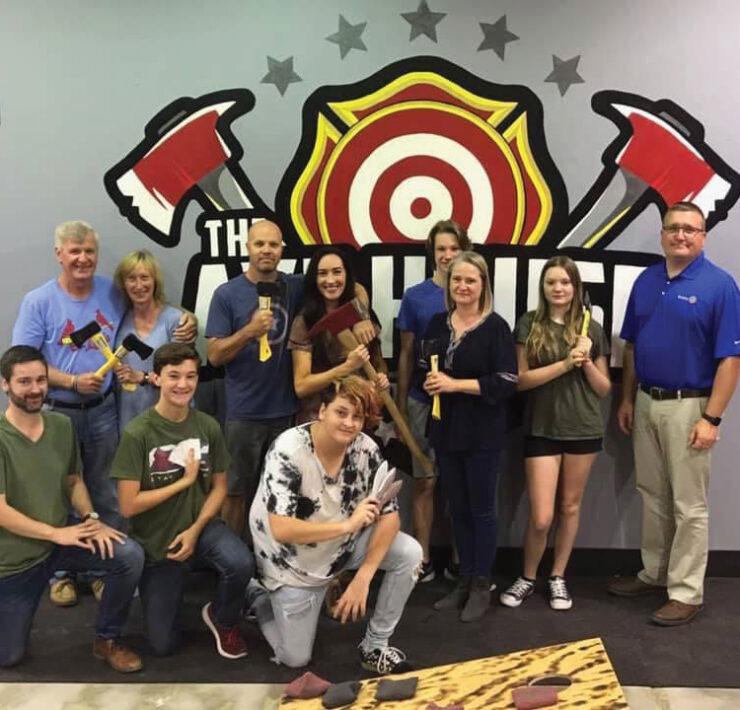 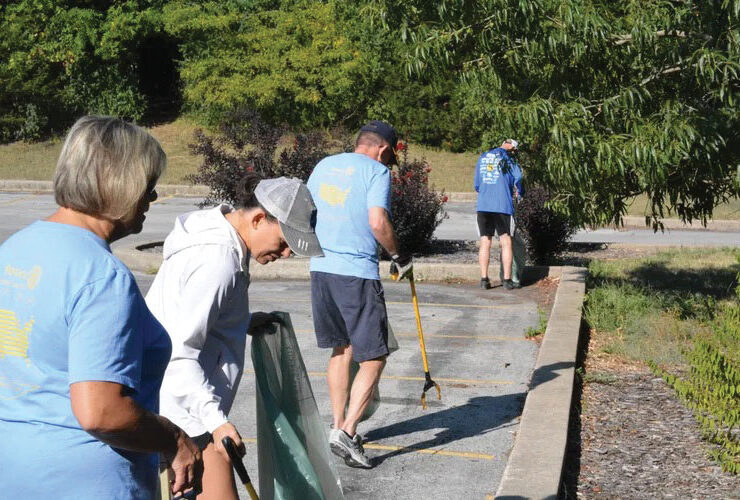 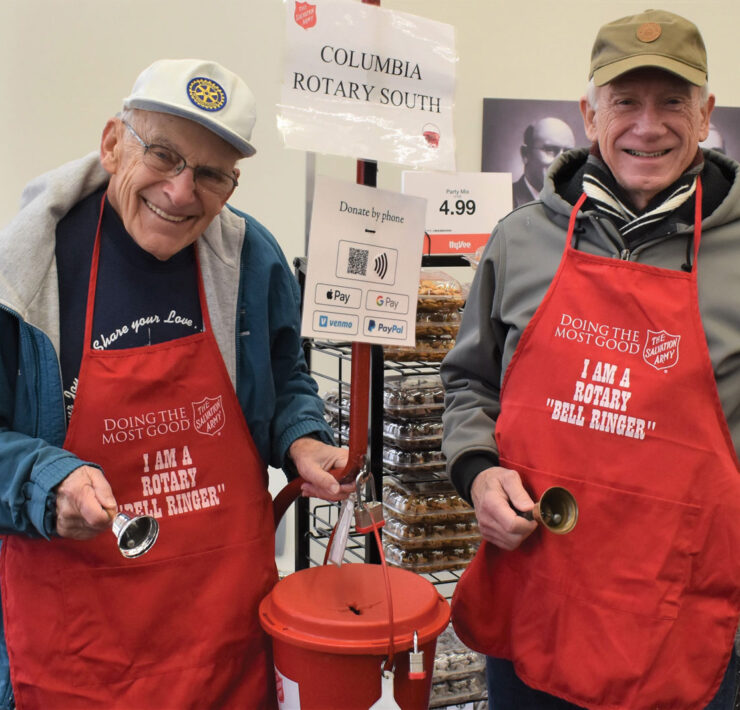 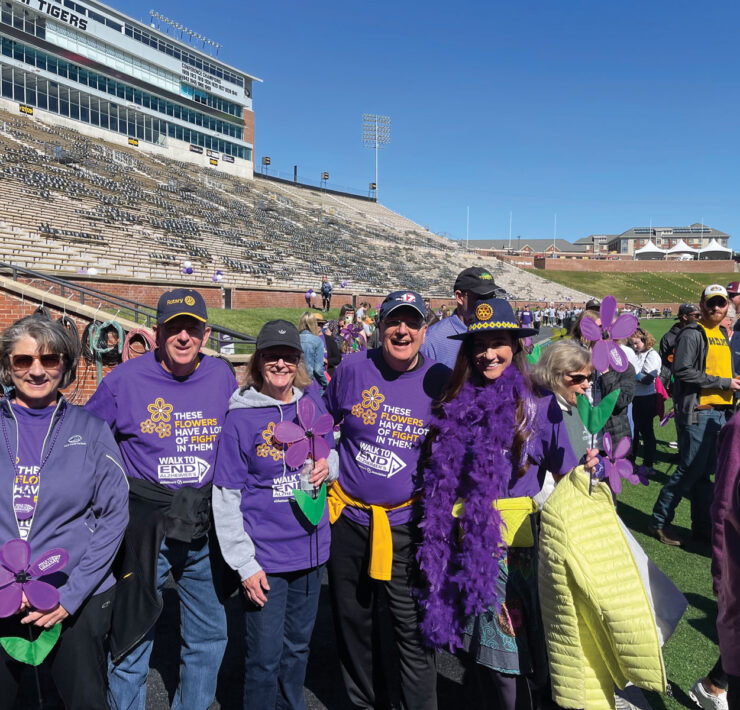 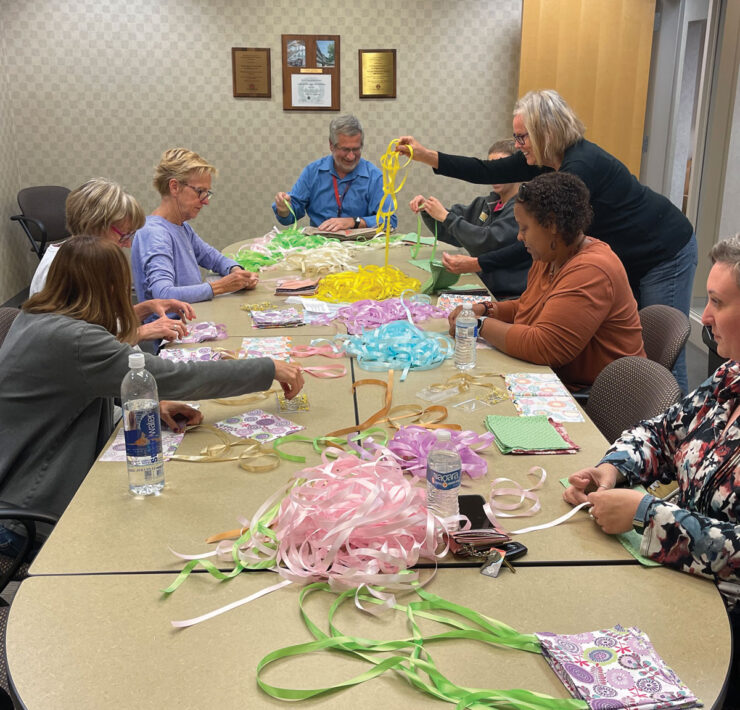 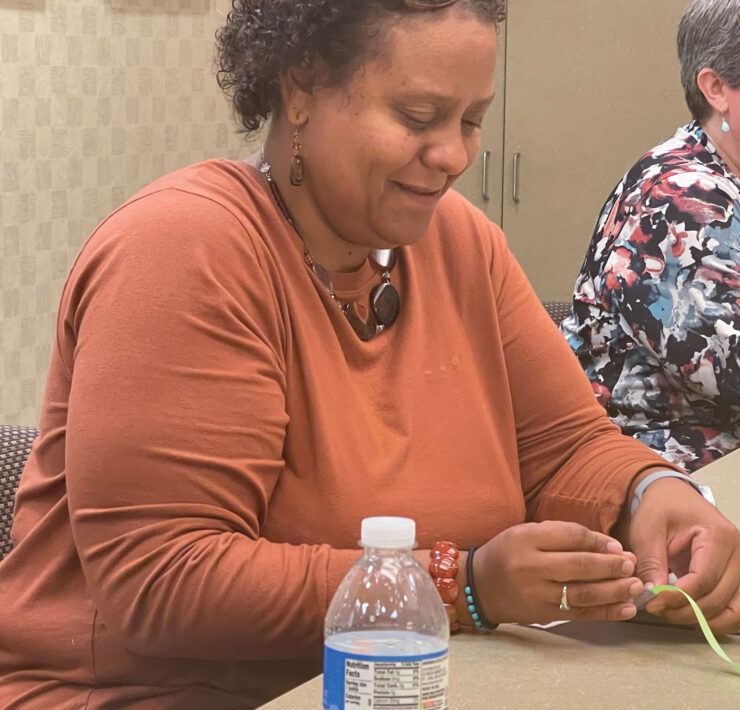 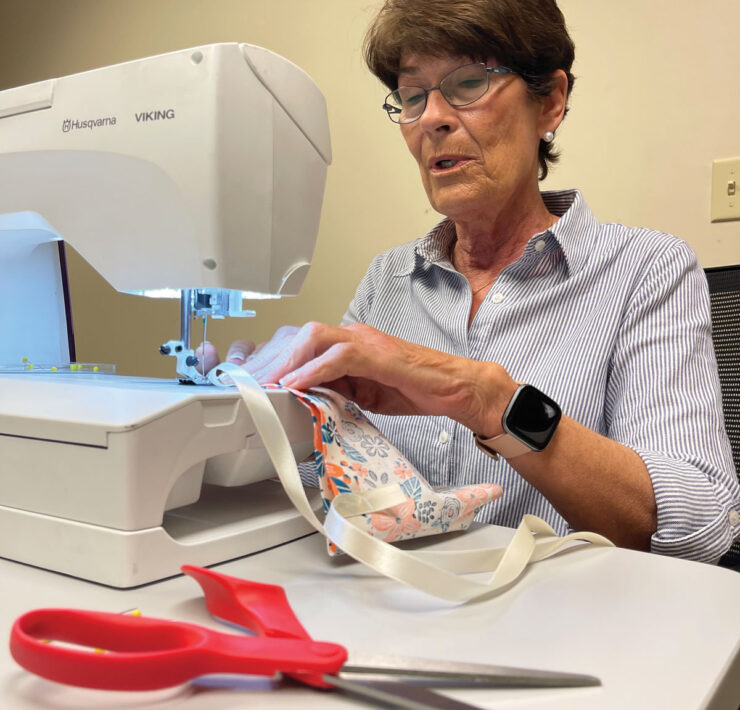 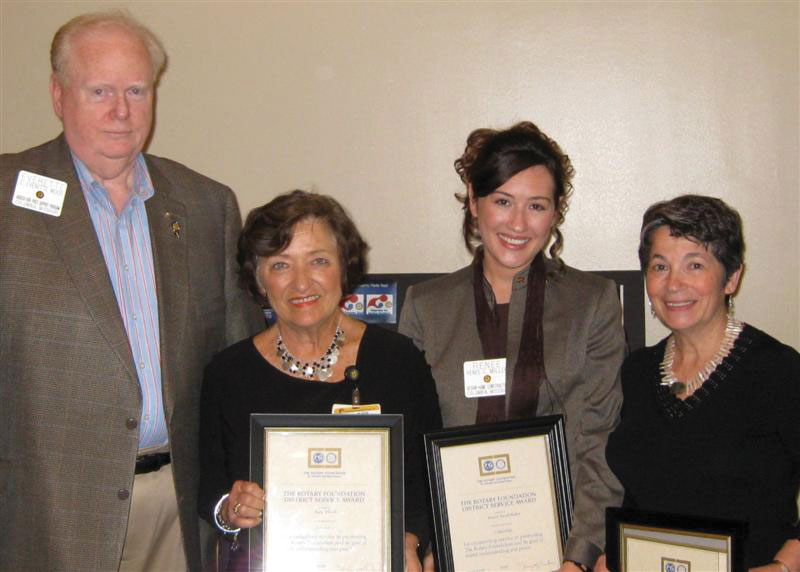 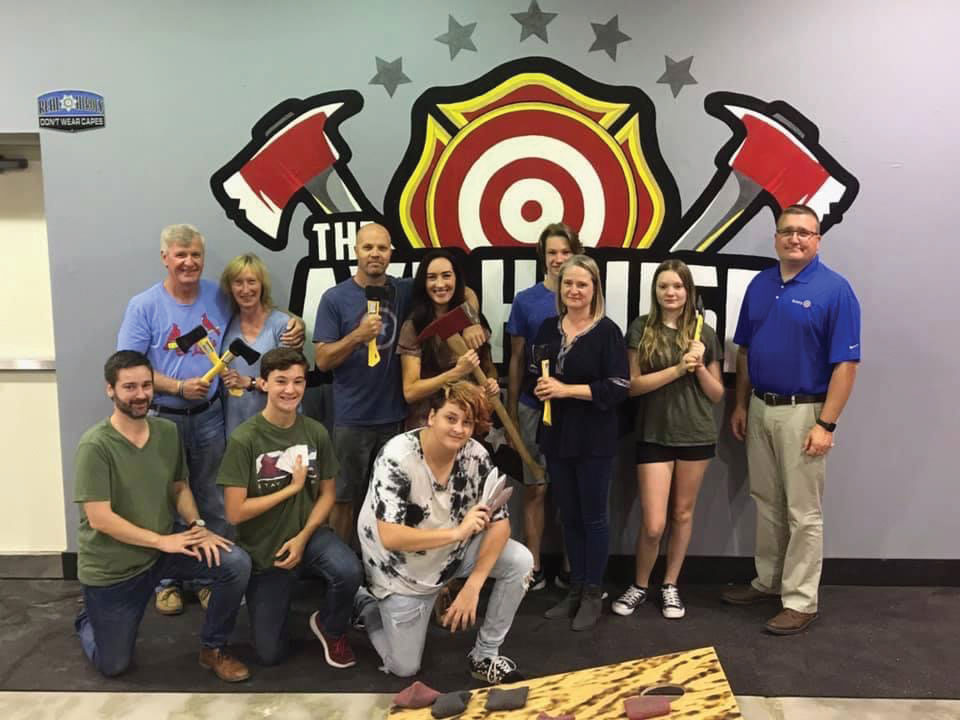 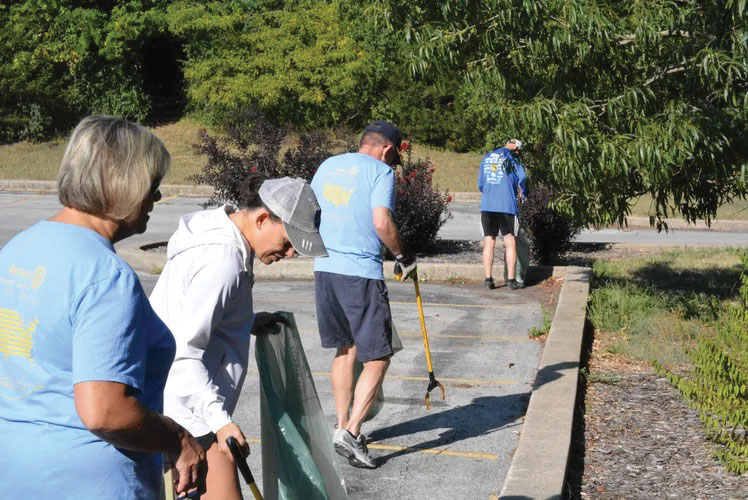 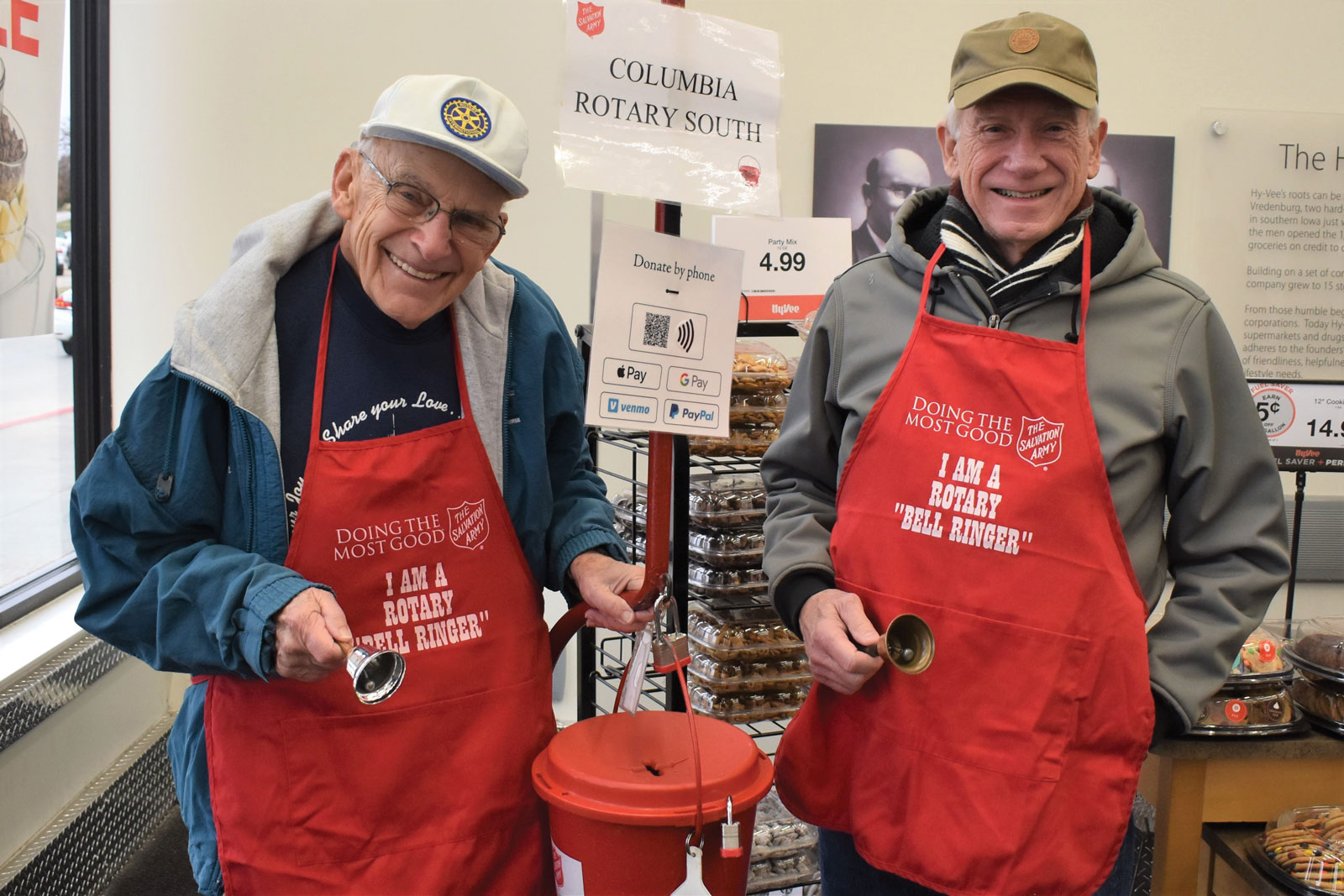 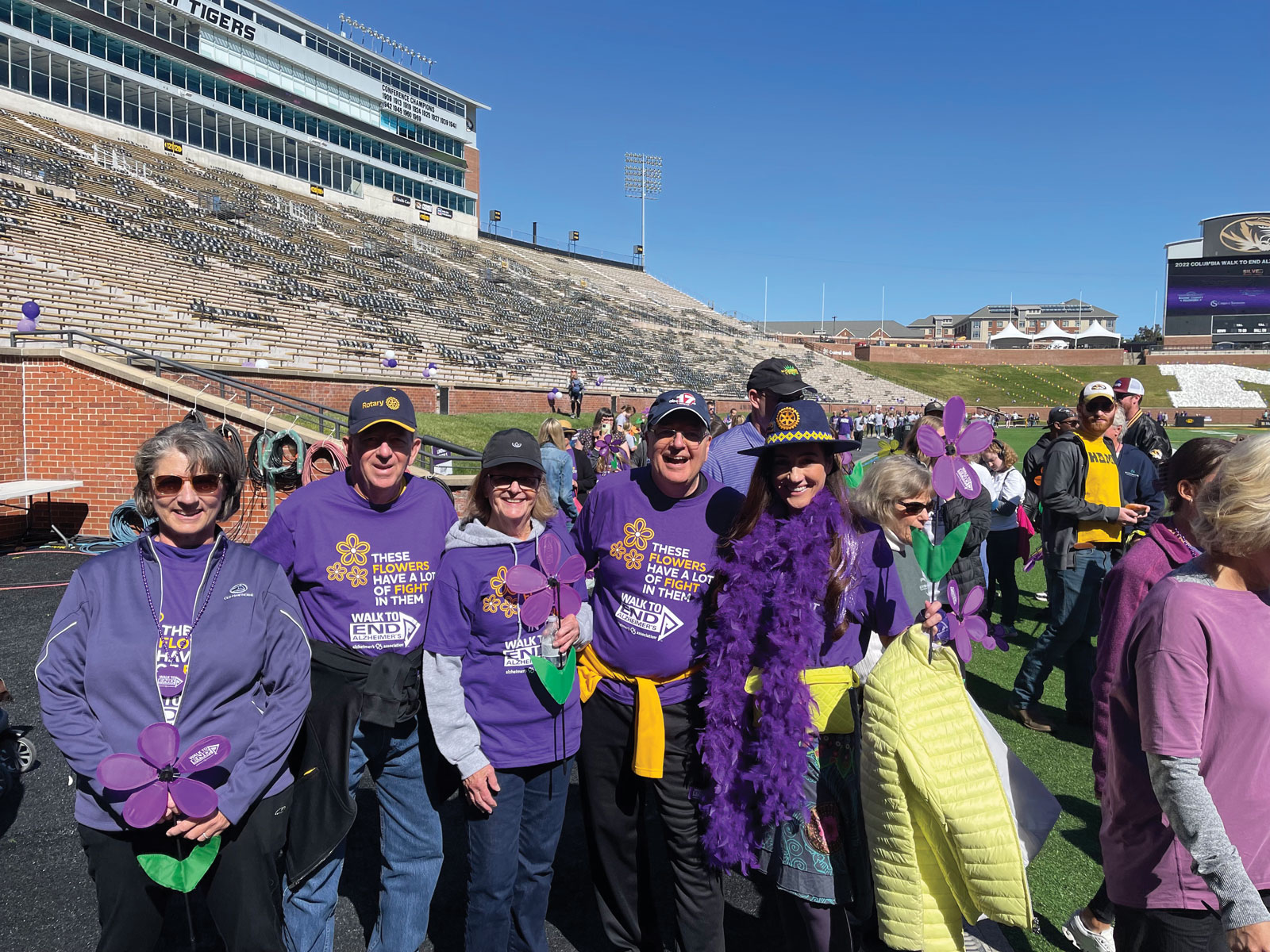 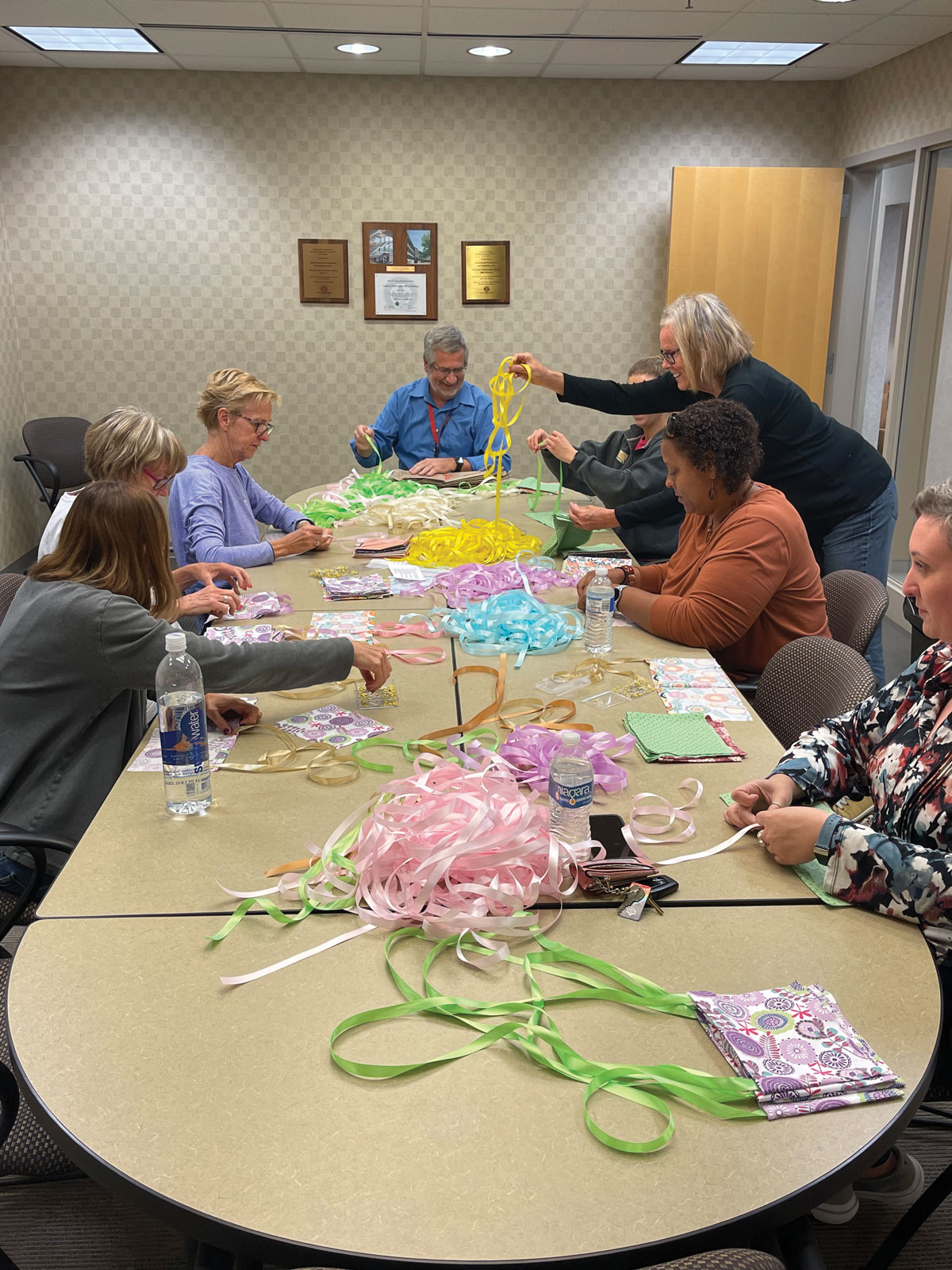 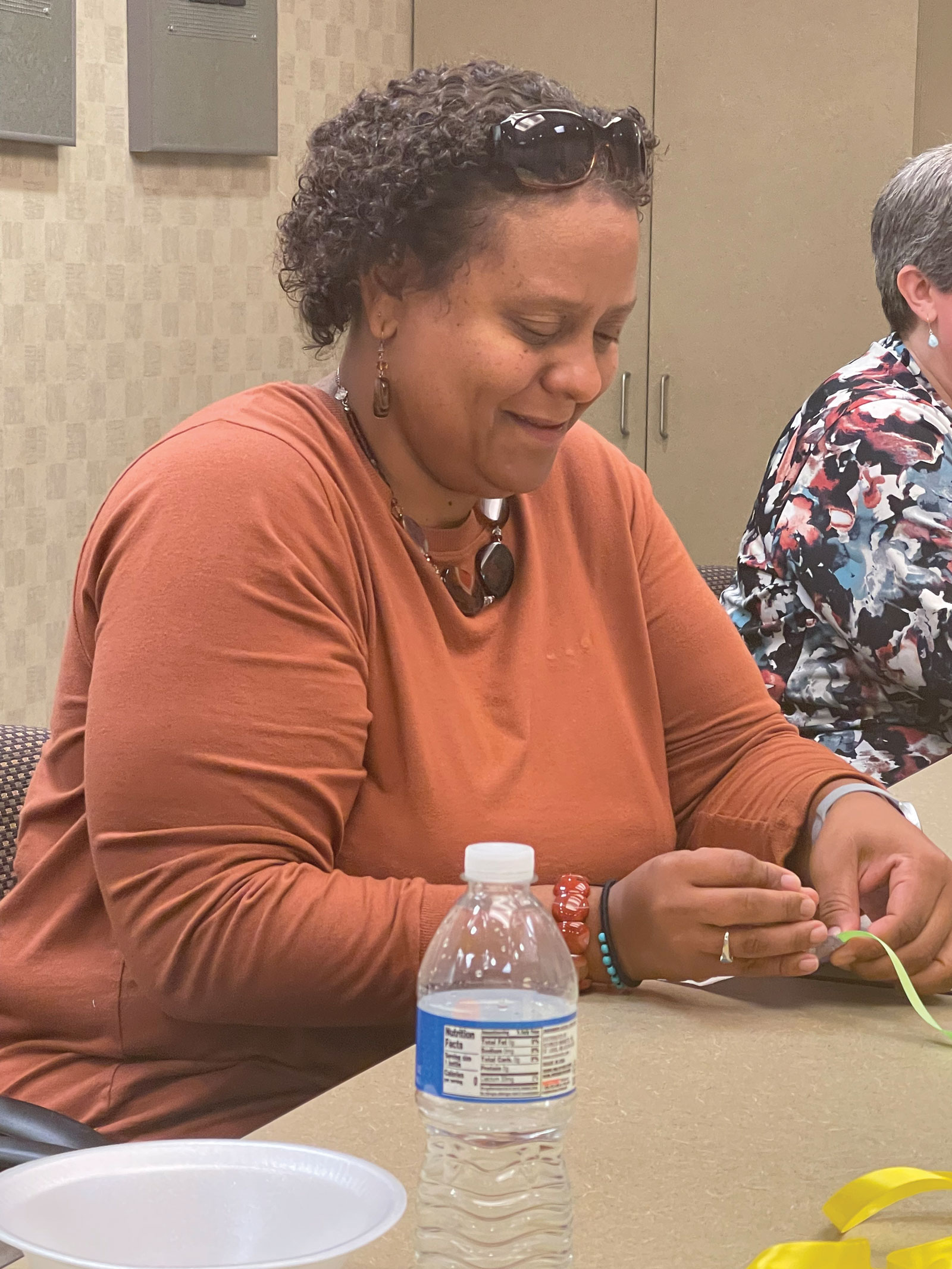 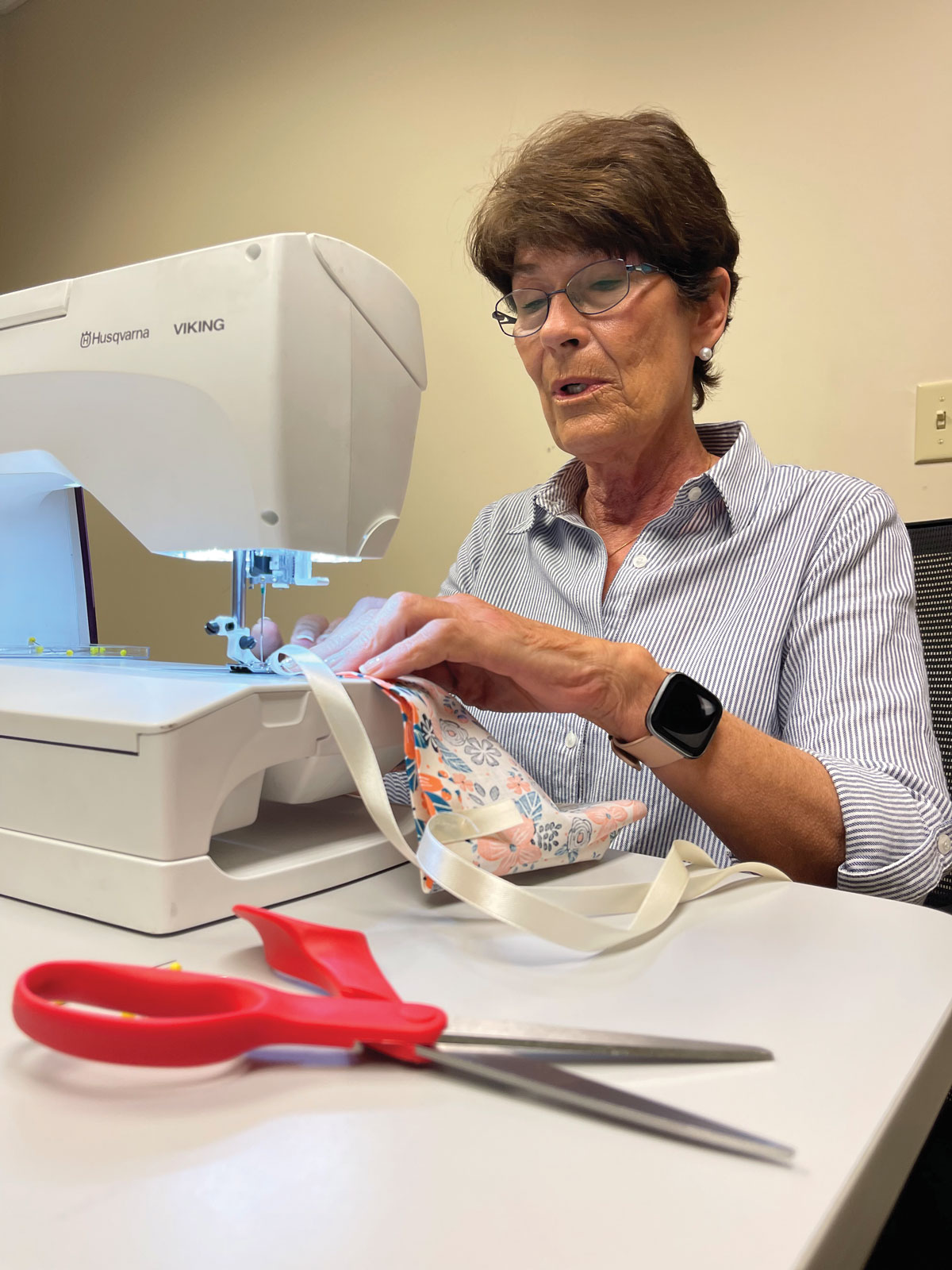 Service above self. That’s the principal motto of Rotary International, a service organization with more than 46,000 clubs and 1.4 million members around the globe. Founded in 1905, Rotary is all about building friendships, connections, and networks among professionals from all types of backgrounds, experiences, and expertise to solve problems in their communities and throughout the world.

If that sounds like a weighty responsibility, it is. And yet, 300-plus Columbians come together weekly, spread out between five Rotary Clubs, to serve Columbia above themselves. With thousands of hours devoted each year to service, the difference they make is powerful.

Not just a cog in the machine.

Even those who aren’t familiar with Rotary probably recognize the gold wheel with spokes. The teeth on the outside of the cog are designed to connect with another wheel to move. It’s no accident that is the Rotary’s logo. Its members also transfer motion by engaging others.

“Rotary is compiled of many professionals from the community, and the synergy from this collaboration benefits those that need assistance by using innovative ideas to solve community problems,” says Columbia’s Martin Walker, assistant governor for Zone 4 of Rotary District 6080.

“Rotary is appealing to those that want to make a difference in their community and the world in general,” Martin says. “Mentorship and associating with professionals can give a person a broader view of problems and solutions, that in some cases, can change the lives of those less fortunate. Rotarians are problem solvers.”

If you thought Rotary was just about getting together for breakfast, lunch, or dinner every week, think again. Those cogs are in a constant state of motion, moving themselves while propelling others. And while all five of Columbia’s clubs share the same Rotarian aims, each takes on a personality of its own.

The five Rotary clubs meet at different times, and locations. Each meeting offers time for fellowship, networking, guest speakers, and a business meeting. But the similarities don’t mean all clubs are the same. There’s a club for everyone.

Rotary Club of Columbia was chartered 101 years ago and is now referred to as the Downtown Rotary Club. Co-presidents Renée Reed-Miller and Chuck Doss say making a local-to-global impact by supporting refugees for generations is important to the community, like sponsoring a family that fled Afghanistan. On the local level, so is deep-frying 350 turkeys on Thanksgiving for Columbia residents and nonprofits.

Rotary South is 35 years young. Dell Epperson, club president, lists planting trees, cleaning up the riverbanks after flooding in 2019, and buying notebook computers for young Columbians with autism, as recent service projects. In December, the club provided a grant for scholarships and fed 500 runners, their families, and volunteers at the Heart of Missouri Girls on the Run 5k graduation event.

At 30 years of age, Columbia Metro Rotary has an affinity for service to the young people in the community. Club president Loretta Schouten says the club has designed its own program, Reach Out Metro, designed to support those ages 16-26 in career exploration, networking, resume building, and interviewing skills. Who better to learn such things from than a Rotarian?

Columbia Evening Rotary was created seven years ago for those seeking involvement in the hours after work and school. President Kathleen Dolan says service is a major priority for its members who replace one weekly meeting every month to roll up their sleeves for a project. They took to outdoor projects during the pandemic and create close to 1,000 drain bag holders for Ellis Fischel Cancer Center patients every year.

Founded only in 2019, Impact Rotary’s president, Heather Hargrove, says that fellowship is a key part of the club experience. Although members still give back through community service, the club spends a lot of time getting together with members and families outside of meeting times. They meet every Tuesday but take off the last Tuesday of the month to allow some downtime.

The clubs work together on some projects, and there’s even some healthy challenges when they do. Take, for instance, a challenge to see how many hours or how much money each club can make while ringing bells for the Salvation Army’s Red Kettle Campaign. And all the Columbia clubs collectively raised more than $50,000 to fund the clever vegetable-themed creation and installation of the playground at the Columbia Farmer’s Market.

The list of community nonprofit organizations benefitting from the time, money, and resources from Columbia’s Rotary clubs and their members is lengthy. It might be difficult to find one that has never been on the receiving end of Rotary’s commitment to service above self.

One Columbia club, Northwest Rotary, shut down in June 2022. Before the pandemic, the small club was having trouble recruiting new members, which led to having difficulty finding a weekly meeting spot. The pandemic, according to Chris Bouchard, who was president of the club, was the final blow.

As you might expect, membership numbers fell among all clubs during the pandemic. The good news is that club presidents report membership numbers going back up. That includes many of the members of the Northwest club who have found new homes with other Columbia Rotary clubs.

Even after the Downtown and South clubs started meeting in person again, they have continued offering a livestream for the convenience of their members. Downtown’s Chuck says they have a dozen or so members logging in weekly while traveling for business or pleasure. South Rotary’s Dell said one of his club’s past presidents moved to San Francisco but decided to rejoin the Columbia club, attending weekly meetings virtually. Once a Rotarian, always a Rotarian.

What the future holds.

Service organizations of all types have been challenged by problems with recruiting young members – particularly those in their 20s and 30s. Although Rotary has fared far better than many other service organizations, the Columbia clubs are making special efforts to attract that demographic and others.

“Our club is on the upturn,” Renée says. “We have been very explicit about recruiting younger members, but really about creating diversity on all levels in Rotary. And we’re excited about that.”

“The Rotary model involves service in action,” Kathleen says. “I think that is really attractive to a younger crowd because they want to see an immediate impact.”

They get some help from Rotoract, established by Rotary International. Rotoract members are 18 years old or older who form their own clubs and choose their own service projects while learning leadership skills with the help of Rotary clubs. Columbia’s Rotoract Club is regrouping after the pandemic affected its young, mostly college student membership. But before that happened, former president Drew Anderson led efforts to raise more than $70,000 over three years to fund the Craft Beer and Cart program. Proceeds from local craft beer fundraisers were donated to Mobility Worldwide, a nonprofit that provides hand-cranked carts to those with limited mobility across the globe.

Downtown Rotary is working to help Rotoract get back up and running. The group develops tomorrow’s Rotarians in leadership and service, making them naturals for a lifetime of Rotary membership, no matter where they go.

“Rotoract’s Drew Anderson told us to look around our workplaces at young professionals. Twenty and 30-year olds want to be part of something, but you have to ask,” South Rotary’s Dell says. “So that’s what we’re encouraging everybody to do right now.”

Age is certainly not the prime concern when recruiting new members. Commitment to the tenets of Rotary is.

“What we have been doing is looking at specific industries that don’t have membership representation in our club,” says Impact’s Heather. “Who do we know in those industries that would make for a great Rotarian? We reach across all ages.”

Columbia’s Rotary clubs are looking for more people who want to embrace Rotary’s ideals and give back to the community. And it doesn’t matter which club you join.

“We may not be a great fit for everybody, and that’s OK,” says Metro’s Loretta Schouten. “That’s why we have all these Rotary clubs in Columbia. We want you to fit somewhere, and it’s OK that it’s not with us.”

There is always room for more because these wheels keeps spinning.