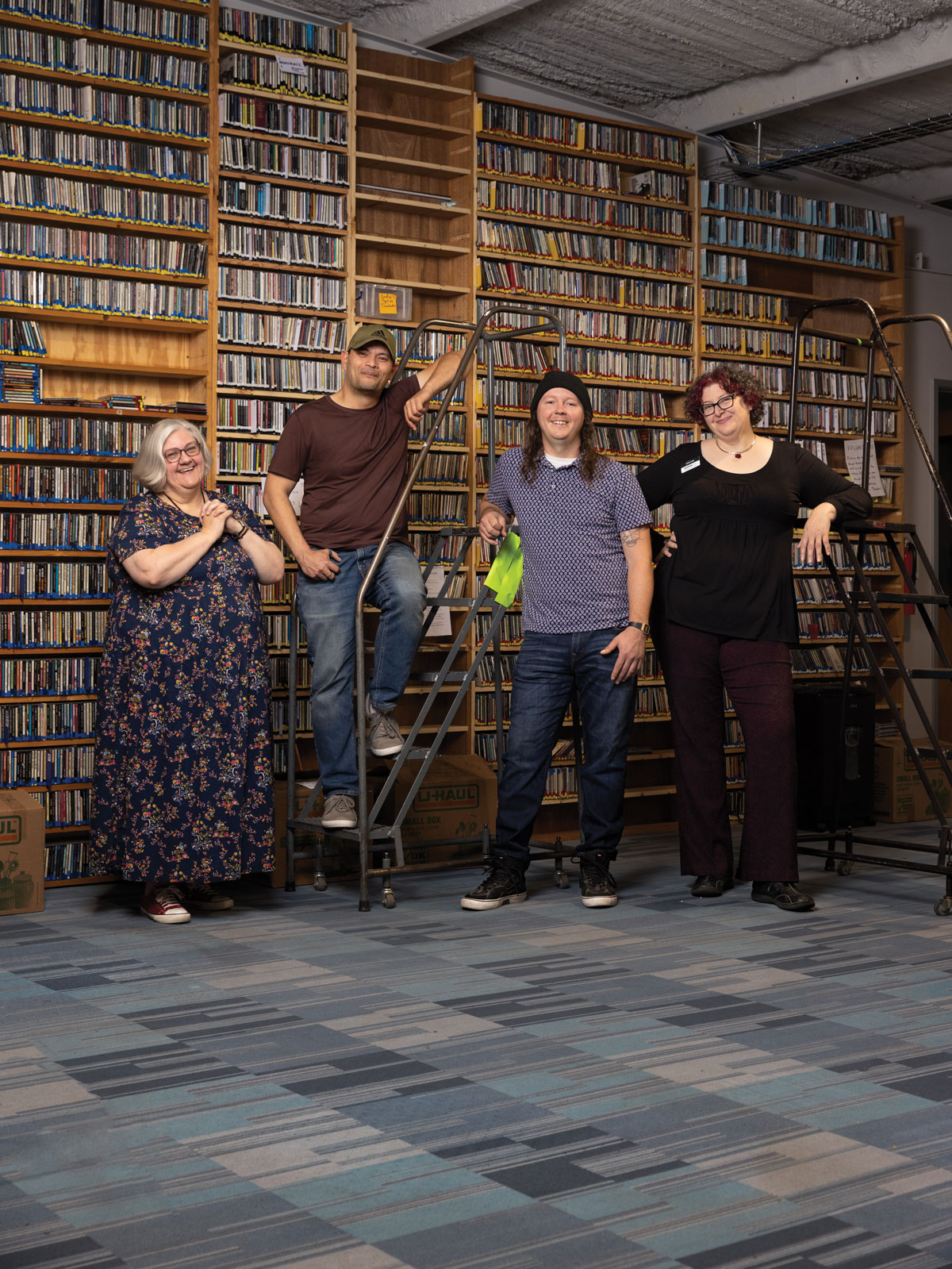 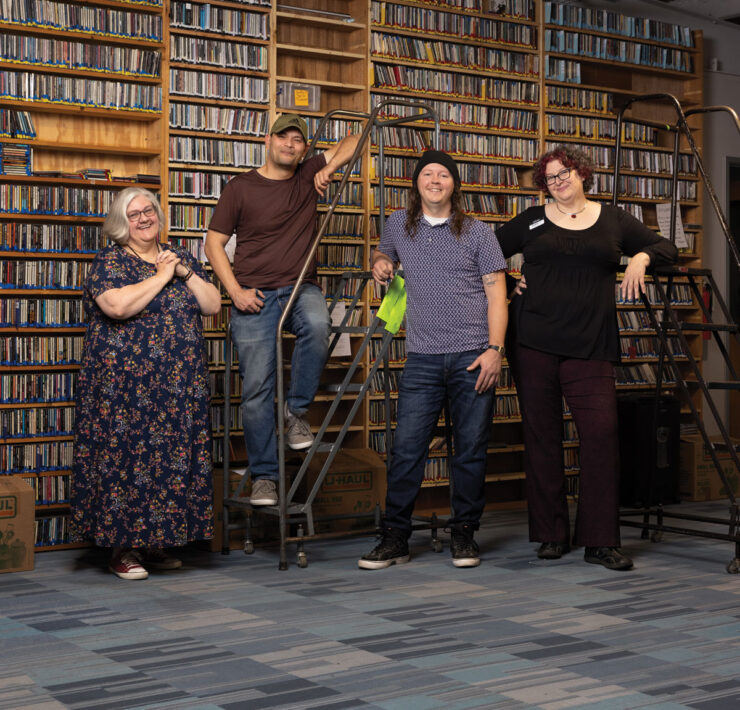 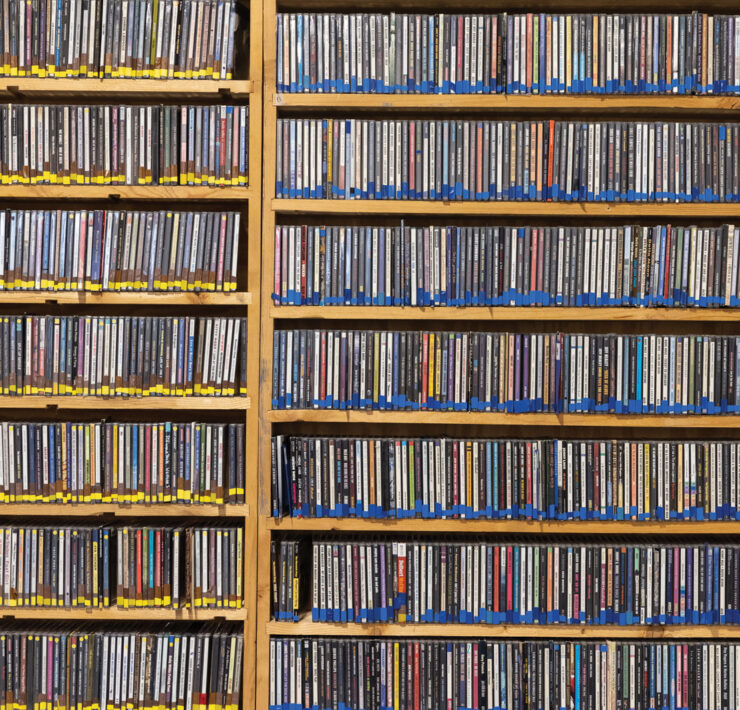 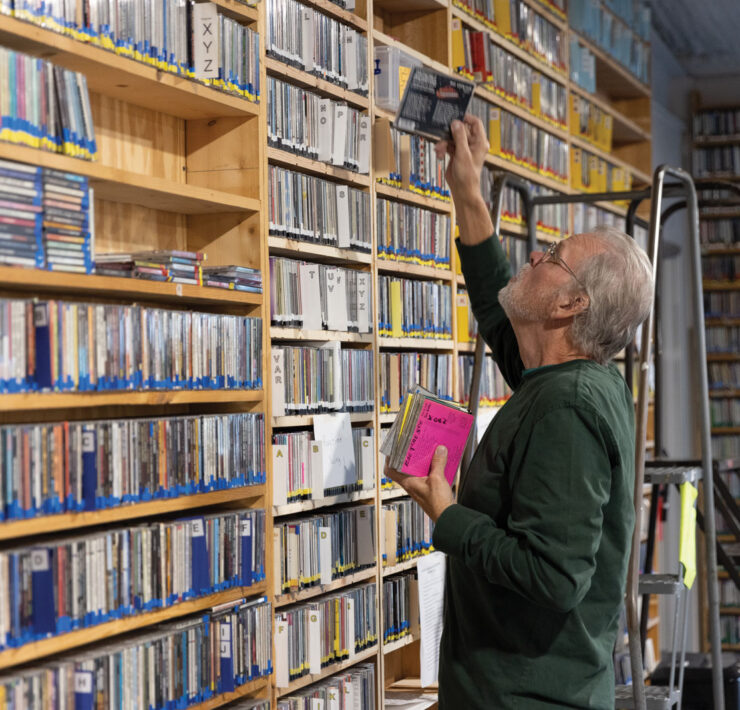 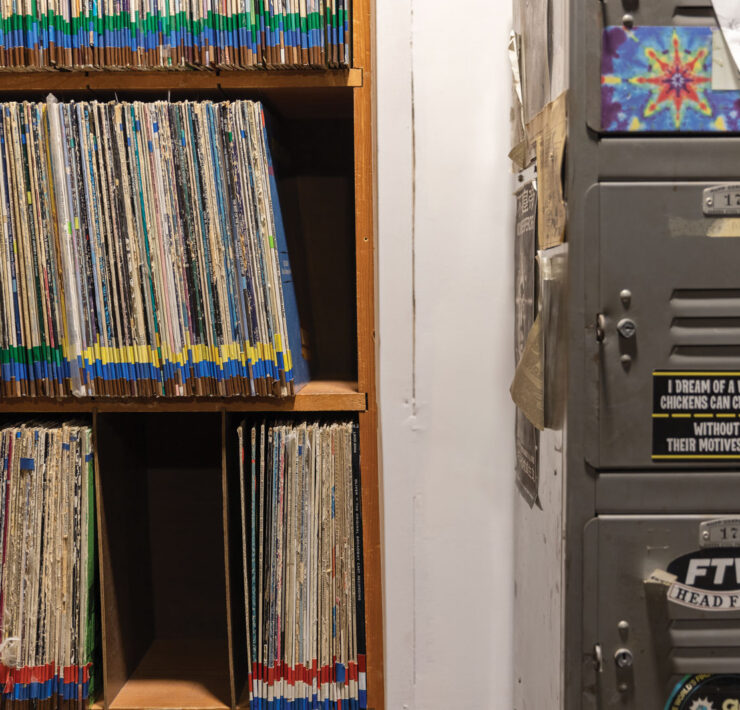 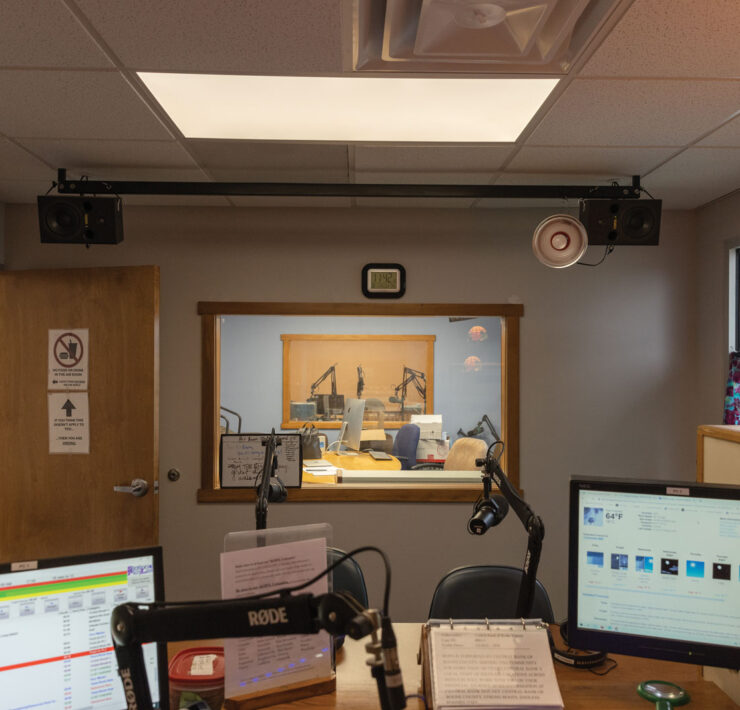 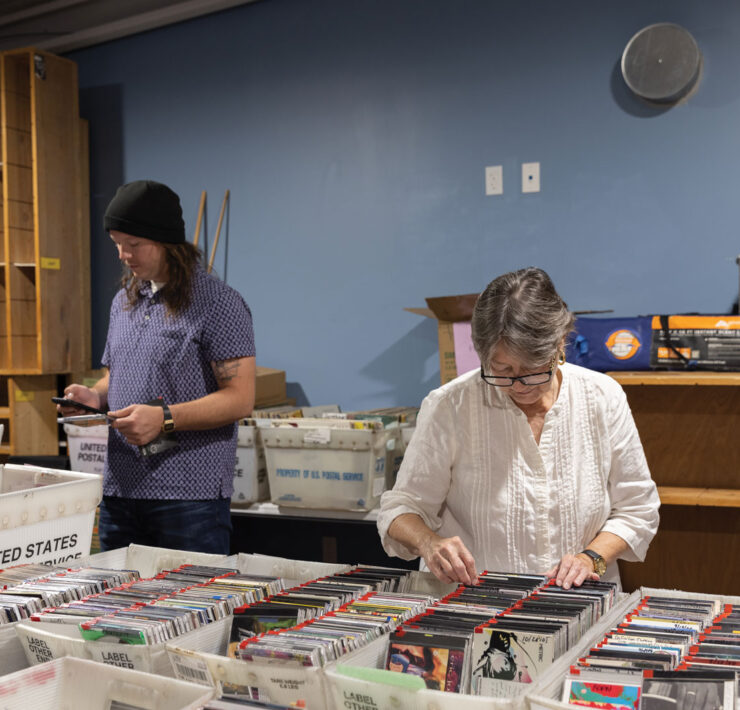 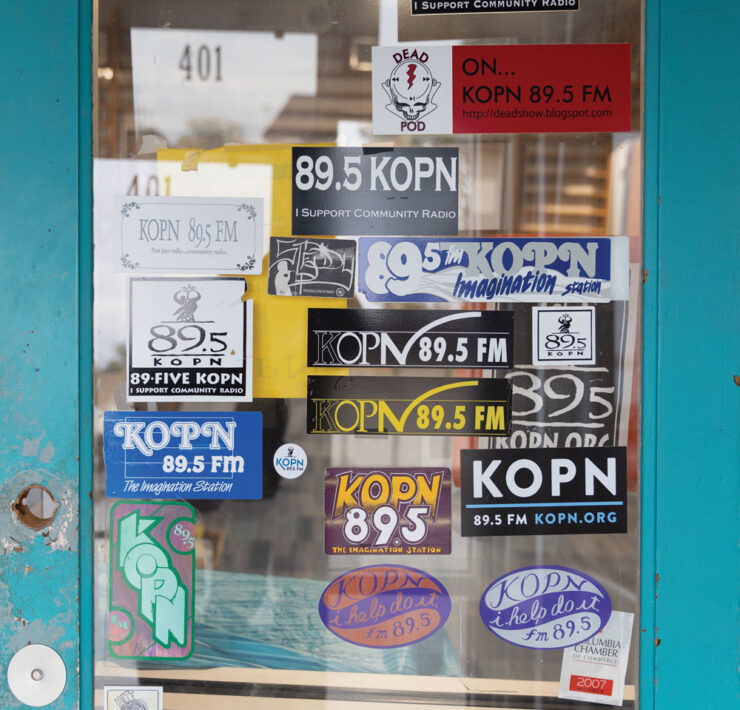 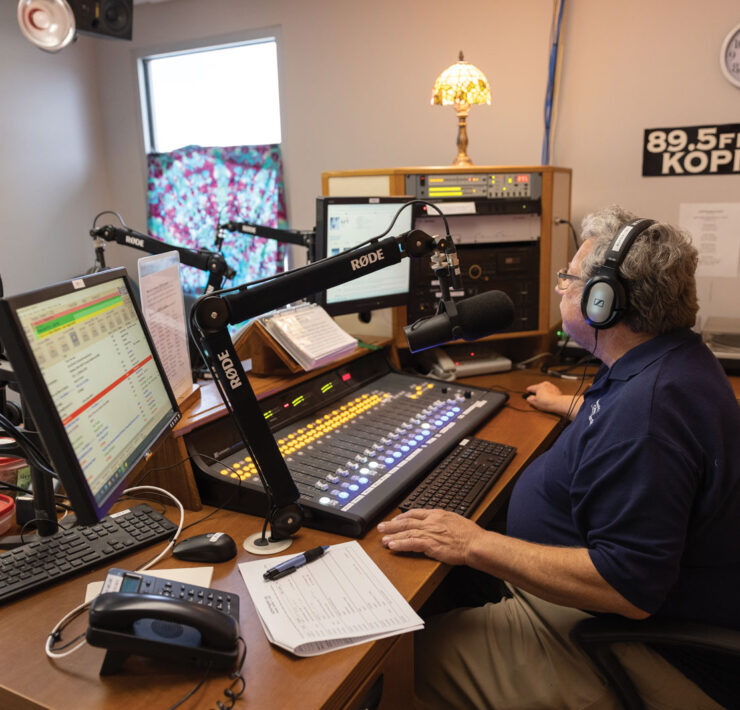 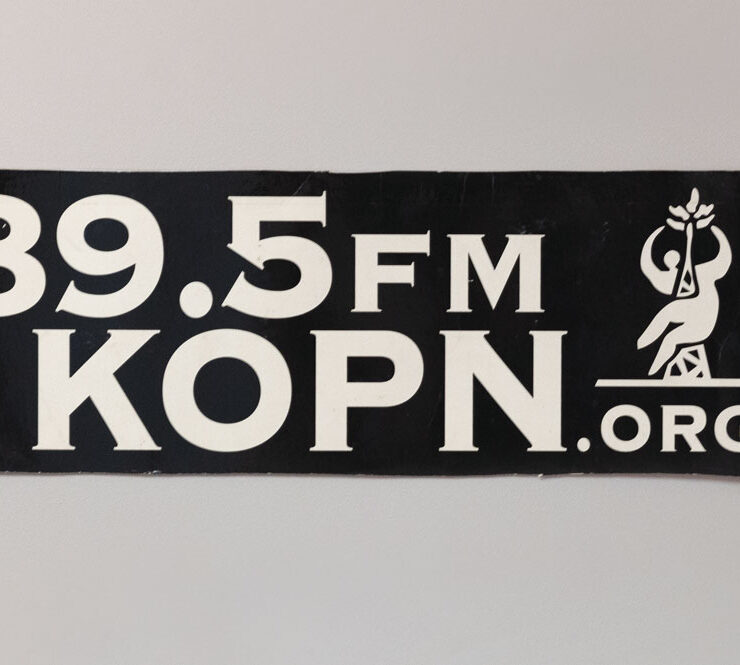 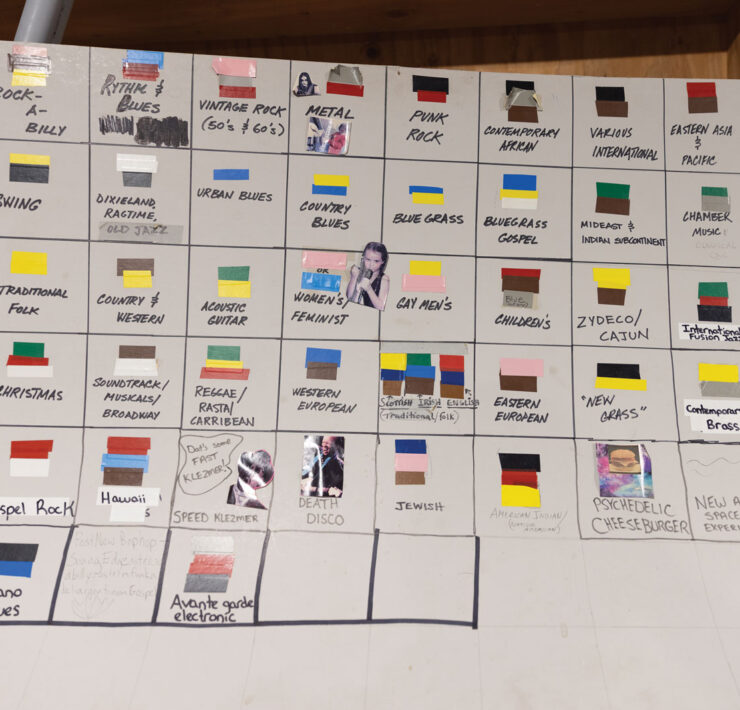 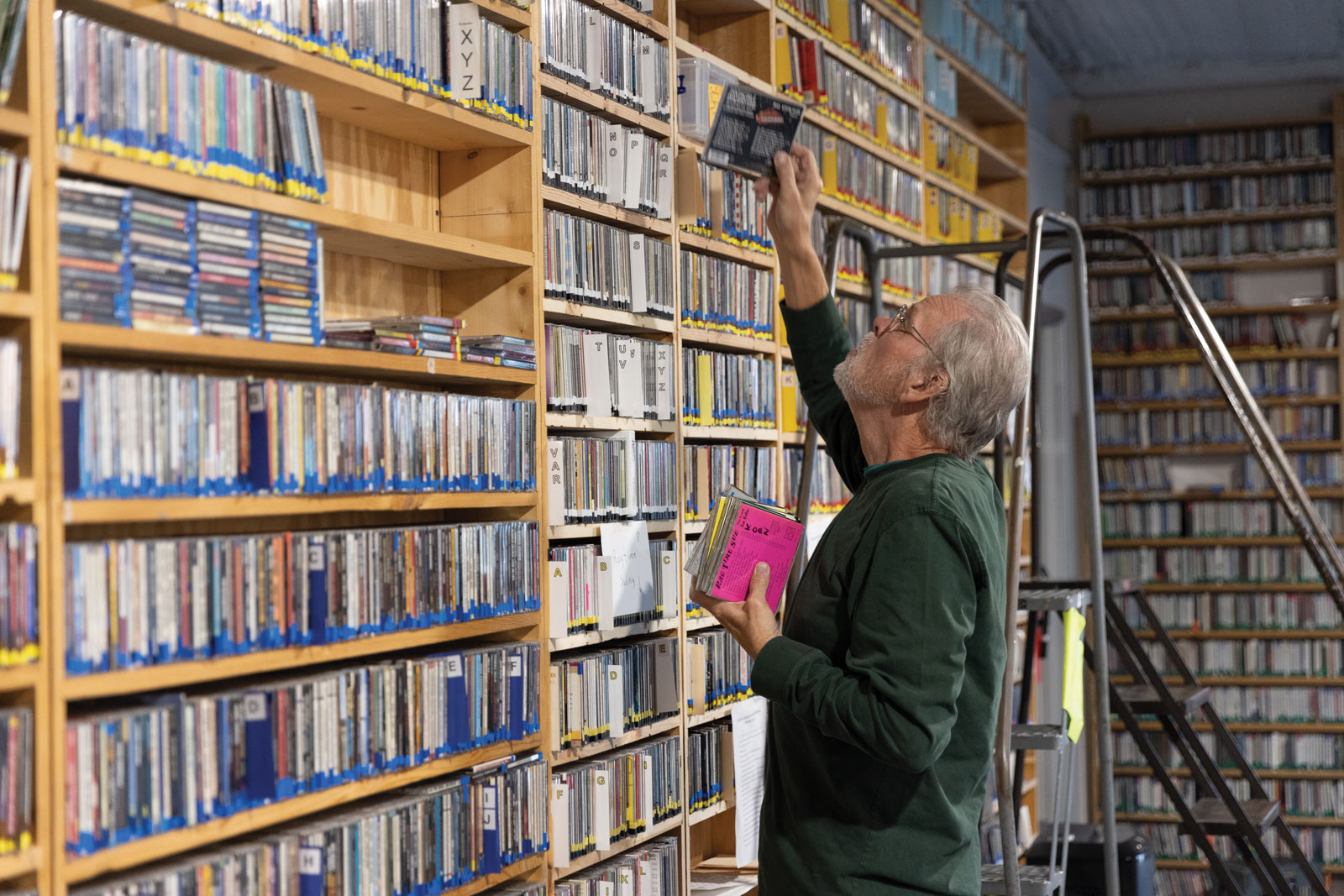 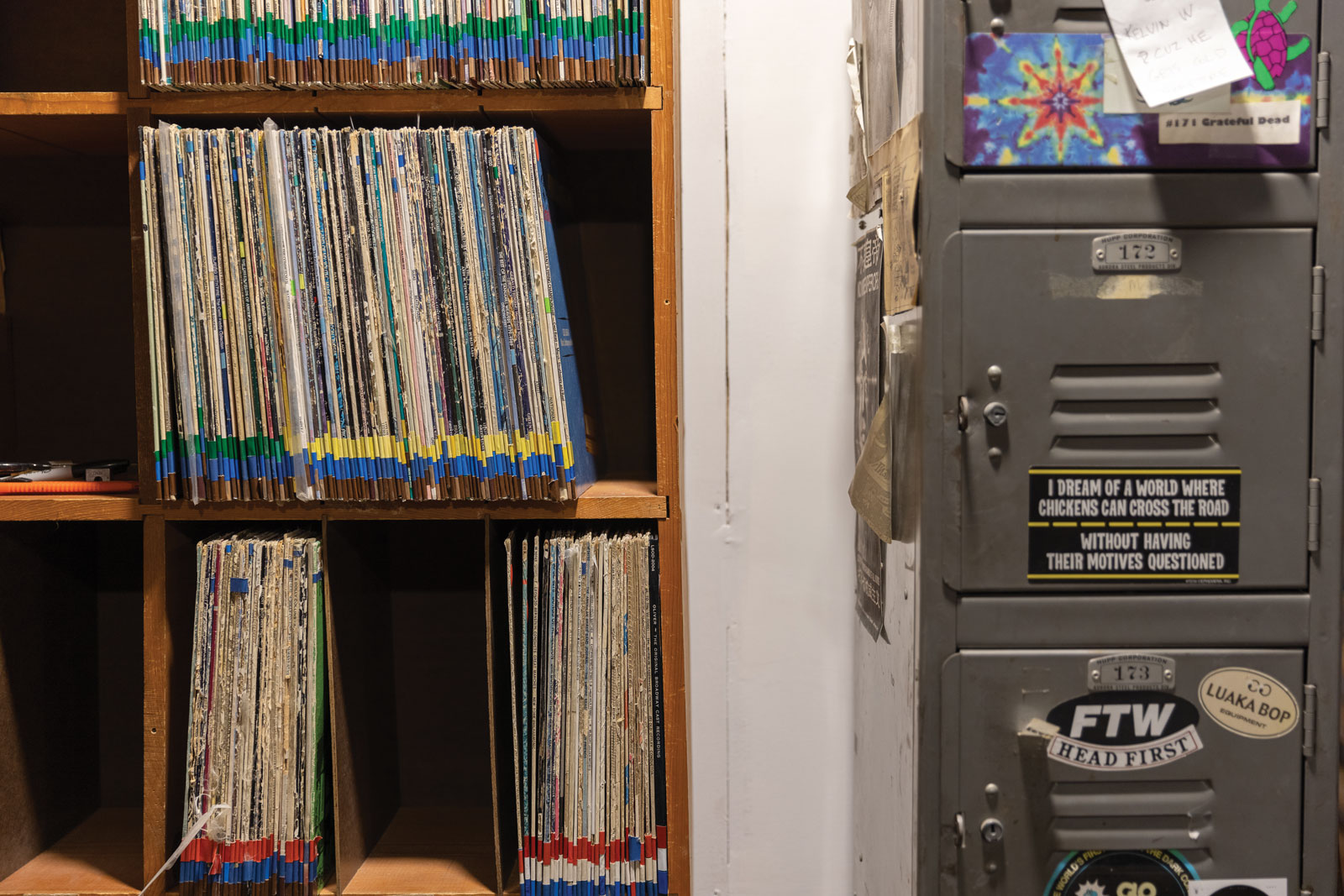 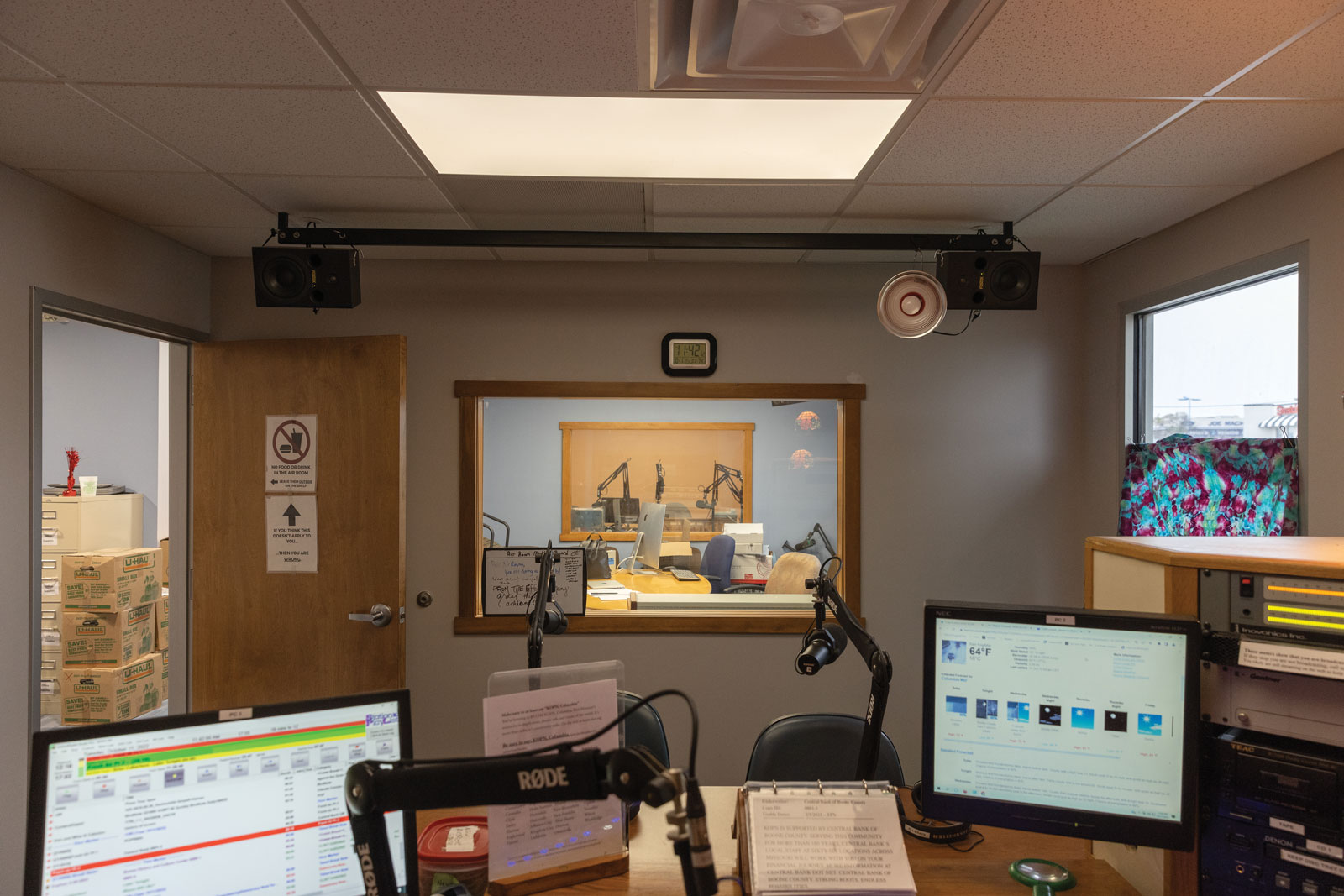 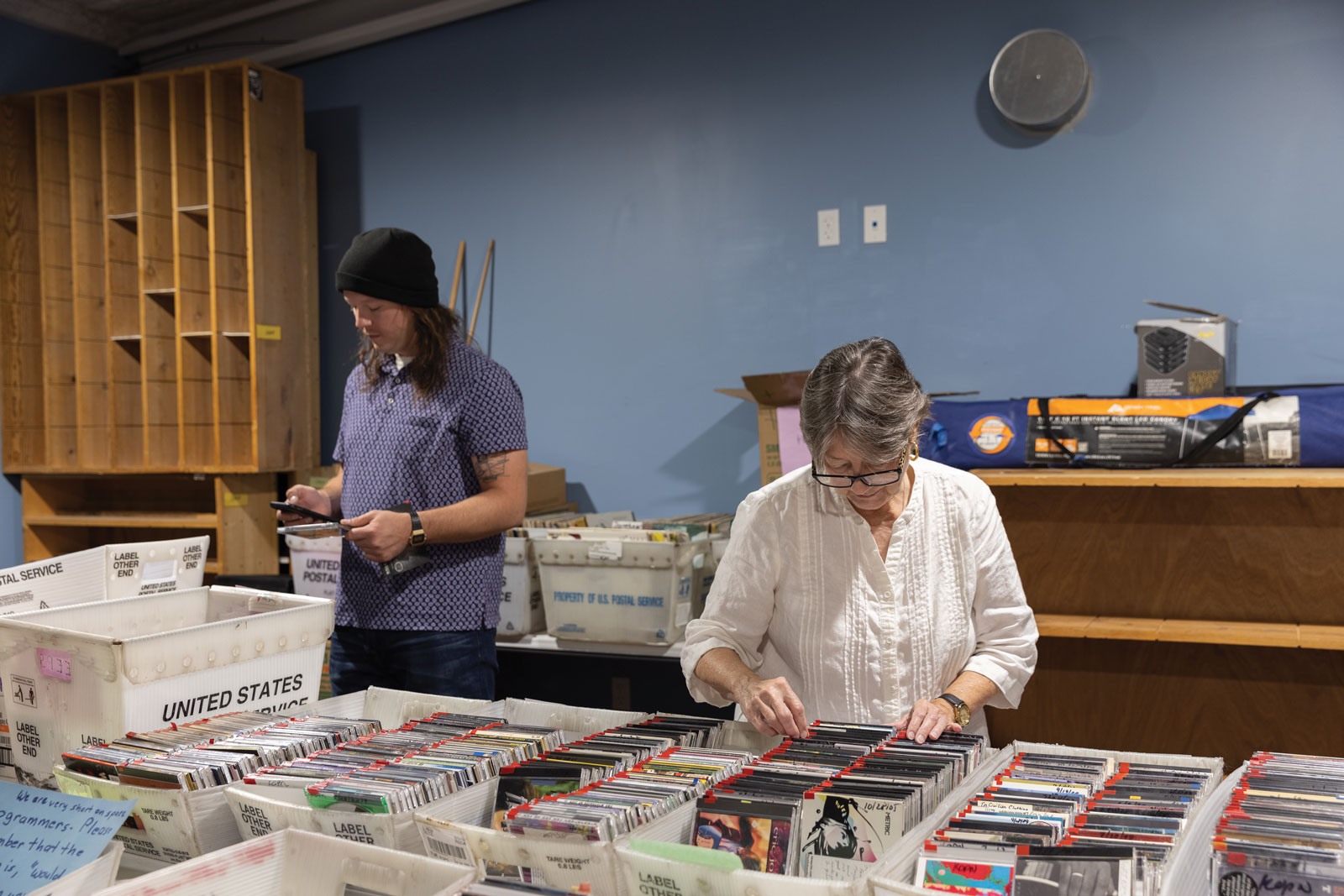 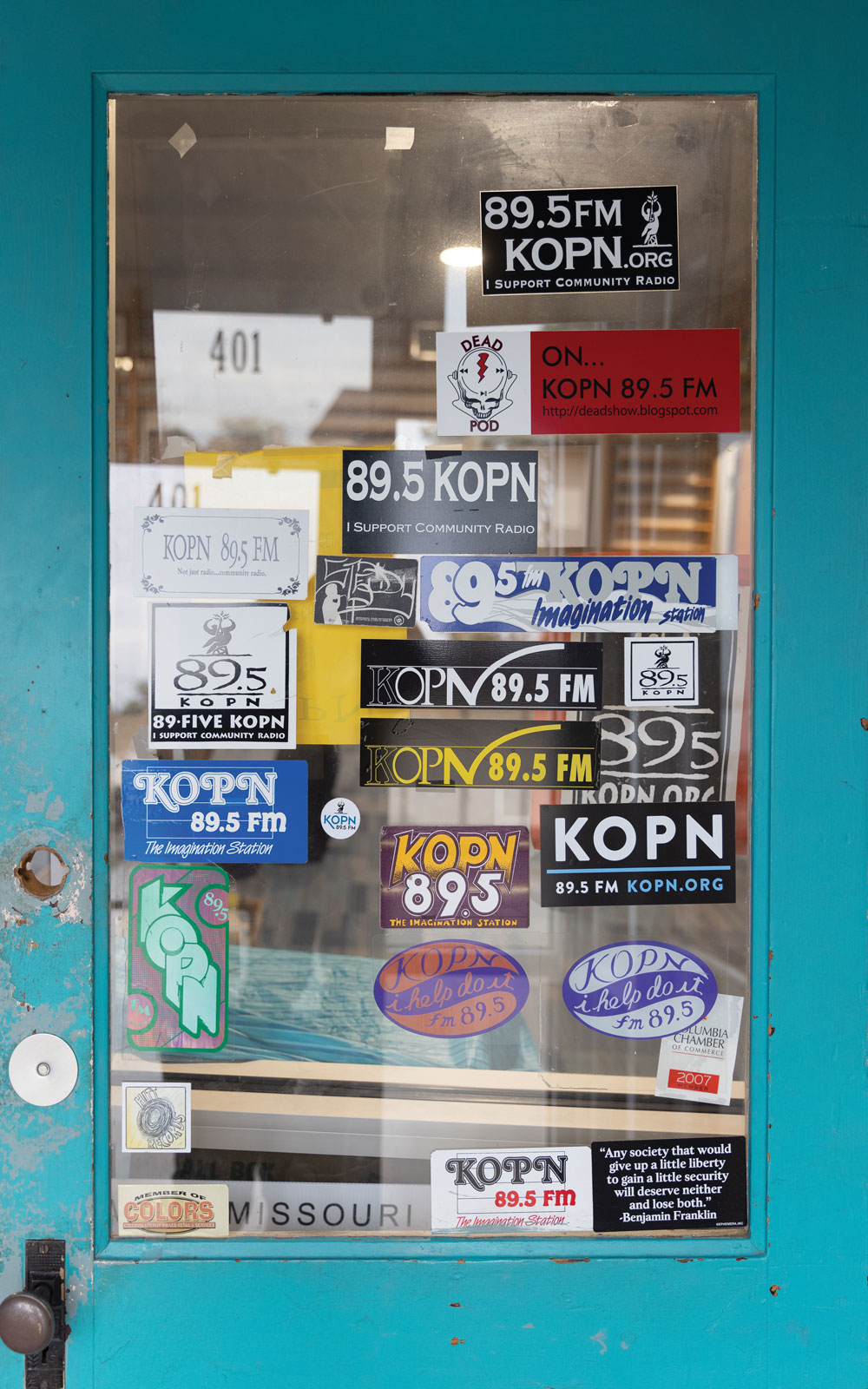 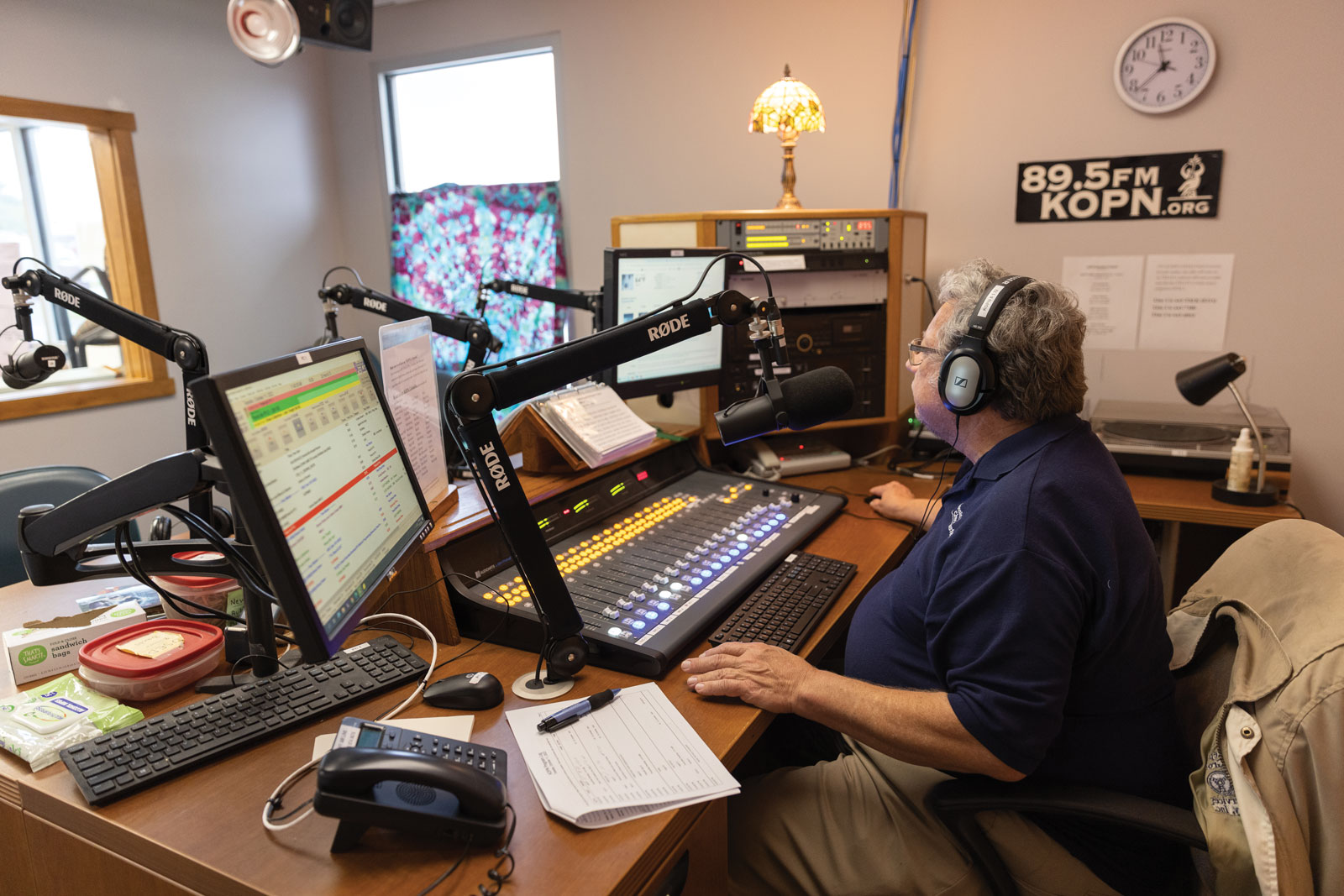 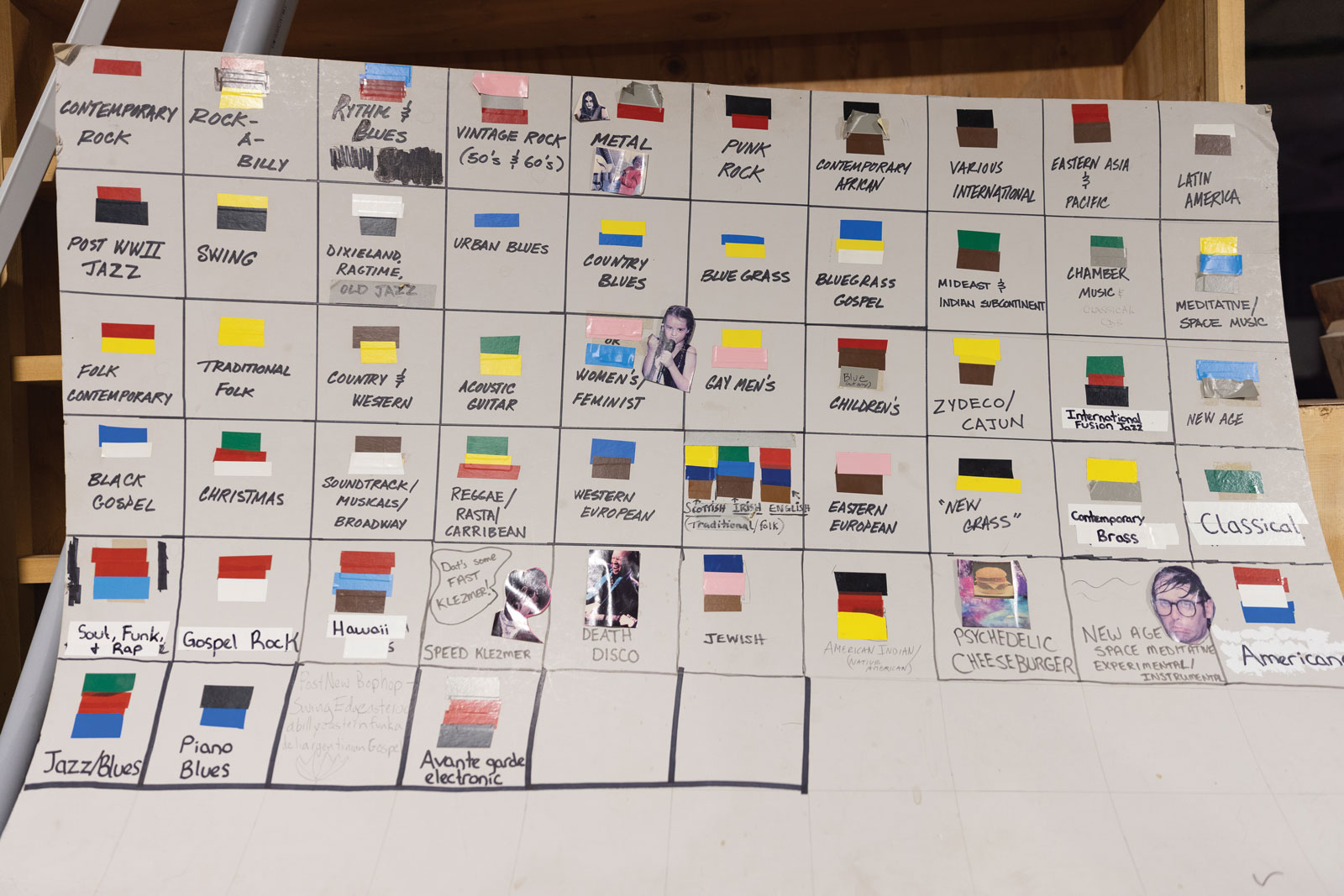 One evening on your drive home, try turning off your Spotify playlist and tuning into the radio.

If you’re lucky, you’ll land on 89.5 FM and hear anything from reggaetón, to jazz standards, to an impassioned tangent from a caller explaining the social implications of recent events while doing an obviously fake British accent.

It’s perplexing, mesmerizing, and a little bit strange — but that’s exactly what community radio station KOPN set out to be almost 50 years ago.

When KOPN debuted on March 3, 1973, the station’s volunteers had one goal in mind: to give a voice to the community, even when corporate radio stations wouldn’t. Forty-nine years after that first broadcast, KOPN is still fighting for the same cause.

“It’s pretty amazing when you put the math together,” says Jet Ainsworth, the station’s executive director. “As a community radio station, we’re powered by volunteers. Like any nonprofit, if we make it through one fiscal year based on volunteers and donations alone, we’ve done quite well. The fact that KOPN not only has spanned five decades, but two or three generations of Columbians… It’s remarkable.”

One of the only community radio stations in Mid-Missouri, KOPN’s longevity seems like a miracle considering that radio stations are shutting down at alarming rates.

“I think traditional [radio stations] are really struggling because of that first word—traditional,” Jet says.

“There’s not really a place in this community like KOPN,” explains KOPN operations manager Dylan Martin. “We take people off the street and turn them into radio broadcasters. People of all different perspectives, ages, sexual orientations, abilities, et cetera, whether they have radio experience or just a lot of gumption and show them the ropes.”

He continues: “Essentially, we provide an open platform for people in the community who would be otherwise voiceless in the local mass media to have a voice, to [be heard] 50 miles in every direction over FM or around the world on the internet. Not only do we provide that platform, we provide radio, audio, and electronics training that can be very valuable to that person and their career development.”

Though this concept is largely unheard of in traditional media, KOPN has been doing it for almost 50 years — it’s one of the driving forces behind the station’s success.

“In the early years, [KOPN] was looked at as being the weirdos, the rabble rousers, the ones shouldn’t ‘do’ radio—this wasn’t the ‘right’ way to do things,” Jet explains. “Here is a public media that talks about women’s issues, features Black community talk shows, things you didn’t talk about on radio. As we reach 50 years, it’s phenomenal how KOPN was right on the nose from the beginning. Now, we have a new generation that’s been looking for this kind of diversity in their entertainment and news, and they probably don’t even know that it’s right here in town and has been here for as long as it has been.”

Still, some things have to change. KOPN recently moved from its iconic downtown location nestled above the street on Broadway to a larger, more accessible building at 401 Bernadette Drive. Though the tiny studio space downtown held a lot of memories for the station and its volunteers, Dylan and Jet say the move was for the best.

“I’ll definitely miss the old place,” Dylan says with a sigh. “It was just an incredible trust of history for KOPN, but I will say that this [new] building is so much more optimized for technology, broadcast, and accessibility. No stairs, accessible restrooms, two restrooms! Plus, rent [costs] downtown are always going up, and maintaining something that you don’t own for 49 years doesn’t make a lot of budget sense.”

The community stepped up and supported KOPN’s move, raising over half a million dollars for the new property and equipment.

“The money that was raised for the capital campaign shows me that for how much love there is for the history of the old location, there’s every bit as much love for the future of KOPN,” Jet says. “For every tear shed as we walked away from that old location, there was a butterfly or two in everyone’s stomach, because we really needed a restart.”

Dylan echoes this statement, saying, “More than anything we’ve done in a very long time, this is an action we’ve taken that may ensure that we survive.”

KOPN will be celebrating its 50-year anniversary on March 3, 2023, but the station’s team won’t be resting on its laurels. Instead, it’s looking forward to the future.

“We really want to be more visible in the community,” Jet says. “We want folks in Mid-Missouri to feel that there is a place that they can go to that’s a little bit unpredictable, a little bit rebellious. We aren’t [entirely] thinking about radio anymore. We’re asking, ‘Where else can we be? Can we do a video series? A YouTube channel?’”

Dylan explains that while KOPN is going global, COMO will always be first in the station’s heart, which is why KOPN aims to pour back into the community through education.

“I would love to help train the next generation of audio engineers, electronics technicians, the jack-of-all-trades radio engineering types,” Dylan says. “You really need a teacher for a lot of these skills. YouTube is great, but it can’t bring you the people or equipment you need. KOPN can.”

“It’s community radio, we’re here for the voiceless, the underserved,” Jet says, encapsulating KOPN’s mission. “That’s what KOPN is. The more people that know we exist, the more activation we’ll see, especially from younger generations that feel more empowered than ever before to speak out. Now, they can do it with professional equipment.”

March 1975
KOPN secures 89.5 FM (where it still broadcasts today), expanding the station’s reach from a 5-mile radius to a 50-mile one.