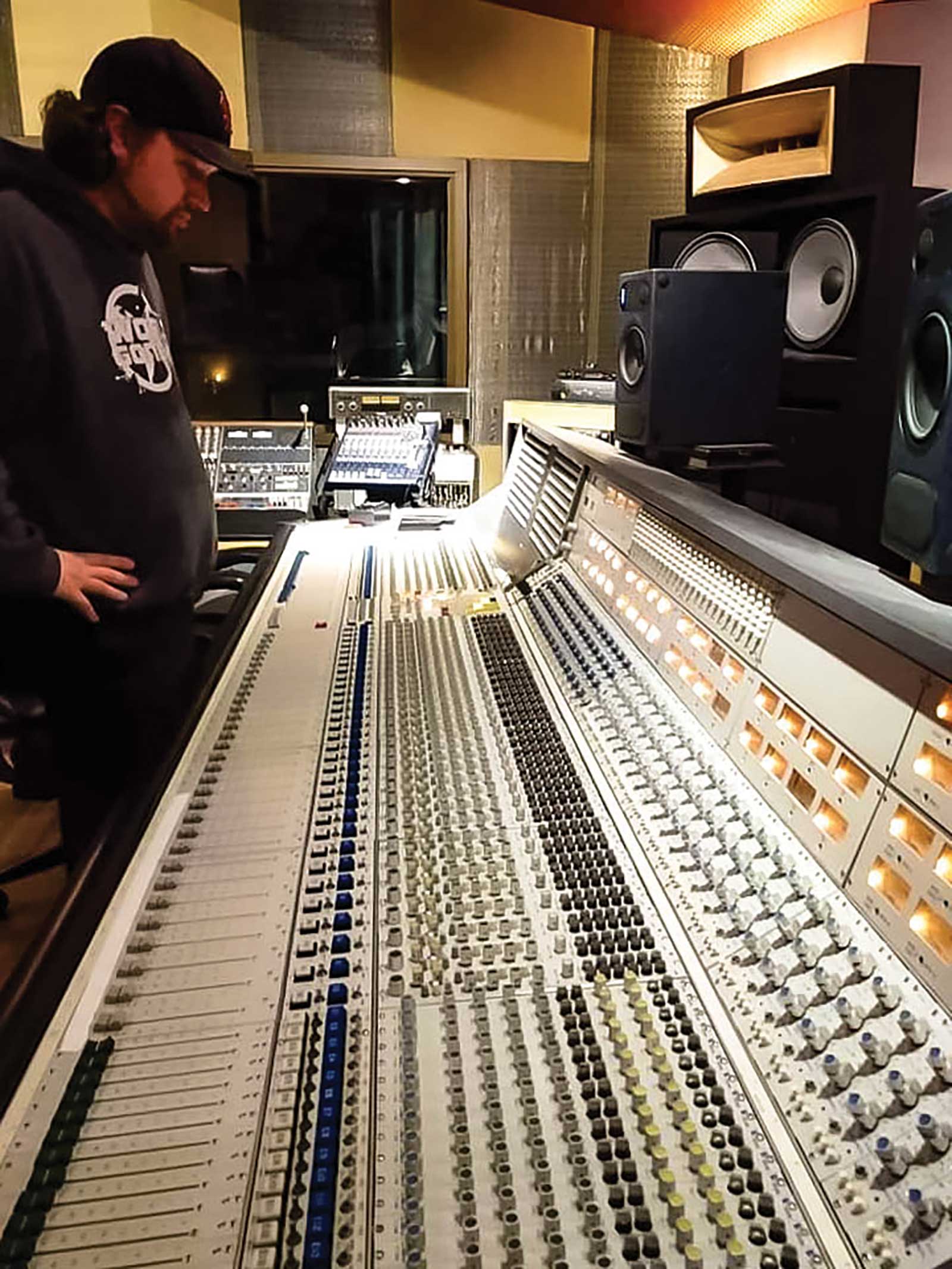 For the Love of the Harp

When St. Louis native Jason Schrick, 41, moved to Columbia 13 years ago, he didn’t know he’d be opening his own music production company. He had been the frontman for rock band Six by Silver, which toured regionally and experienced some success: They had a song, “Make Believe,” featured on the TV show One Tree Hill and played shows with well-known acts like Buckcherry, Collective Soul, and Saliva. The band even signed with sub-label Code 5 Records and released an album. Then, in 2008, the band split up. It was sudden and unexpected.

“I had some friends who went to school here, so initially I came [to Columbia] to get away from the [St. Louis] bars and all the questions about what happened to the band,” Jason remembers.  “I wanted to clear my head and start over, and I ended up staying here. And after I had my daughter [Avery, who is now 11], I just loved the city. I fell in love with the people. It just was a good fit for me.”

After some time in Columbia that included playing in a band called Cost of Desire, later known as World Gone Mad, he noticed the rock scene here wasn’t as developed as it was in St. Louis. Jason saw an opportunity to change that.

“I came up on the St. Louis scene with bands like Modern Day Zero, Greenwheel, The Urge, Stir — we were all in it together, and we looked out for each other and supported one another, and I wanted to pass that along, because rock wasn’t that big when I moved here. It was, and still kind of is, in the shadows.”

Armed with his knowledge of the music industry and lots of connections made while touring, Jason started JPS Productions in August 2014. The business focuses on music production as well as booking acts, but the booking side came first. He is able to book bands in St. Louis, Kansas City, Indianapolis, Cleveland, Cincinnati, Chicago, Detroit, Nashville, Memphis, Louisville, and more, all with the goal of getting acts in front of good crowds with lots of local support. But building the business took time.

“The hardest thing was getting people to buy into what I was trying to do — I was new in this market, what do I know?” Jason says. “So I was consistently going out and meeting artists. I’d go to Mojo’s all the time, and I worked at The Blue Note and Mojo’s for a while too, so I embedded myself in the scene once I saw I was going to be here for the foreseeable future . . . Networking, networking, networking. That’s what it’s all about.”

To date, the biggest acts he has booked include Saliva, Lullwater, The Veer Union, and Local H.

But Jason says he always wanted to produce records and had a knack for songwriting, so he fleshed out the production side of JPS Productions, which includes helping bands with songwriting, music videos, image and brand development, and marketing. He has six staffers working with him. When he produces an album, he does it at Universal Music Group Studios in Nashville, where he works with producer Malcolm Springer. Springer, who produced Six by Silver’s first album, is a multi-platinum producer who has worked with Matchbox Twenty, Collective Soul, and Fear Factory.

“He’s a phenomenal producer,” Jason says about Malcolm. “He’s like my music dad. He’s one of the most influential people in my life. I give a lot of credit to him.”

With the pandemic shutting down music venues and putting touring on hold, Jason says artists spent 2020 writing music and recording, so while the booking side of his business has been slow, the production side has stayed busy.

“In 2020, I had two bands break into the Top 20 on the Billboard Mainstream Rock Indicator Charts, which was awesome. Many Colored Death got to No. 16, and a band from Green Bay called Jamie Fontaine and the Level [had a song] that I produced and co-wrote that went to No. 20.”

In 2021, JPS Productions is working with six acts — five rock bands and one hip hop group — but he doesn’t like to call himself a record label.

“I don’t really consider us a label because that term has gotten lost in the music industry,” he says. “Today, labels are basically banks that give you some money and a booking agent and wish you good luck in making their money back. I consider us to be more of an artist management company.”

In the coming year, as he works with those six acts, he expects a lot of success.

“A couple of them are recording down in Nashville, some of them are recording locally. After that, we plan to work on national radio campaigns again with Many Colored Death, Dark Below, and Amethyst, and hopefully get back to the Billboards with all three of those acts. Finally, if everything works out, we’ll get our artists back on tour.”

With lots of vision and passion, Jason built a company from scratch that produces dreams for local artists.

“When I started JPS Productions,” he says, “I really wanted to build the scene [in Columbia] and do anything I could to facilitate the growth and exposure of the bands.”

2014
JPS books its first national act, Kris Roe of The Ataris, in November.

2015
JPS signs its first artist management contract, with Dark Below, in March.

2019
JPS has its first sold-out show, The Many Colored Death and Dark Below at Rose Music Hall.

2019
JPS has its five-year anniversary show at Rose Music Hall.

2020
JPS artist The Many Colored Death peaks at No. 16 on the Billboard Mainstream Rock Indicator chart.

For the Love of the Harp