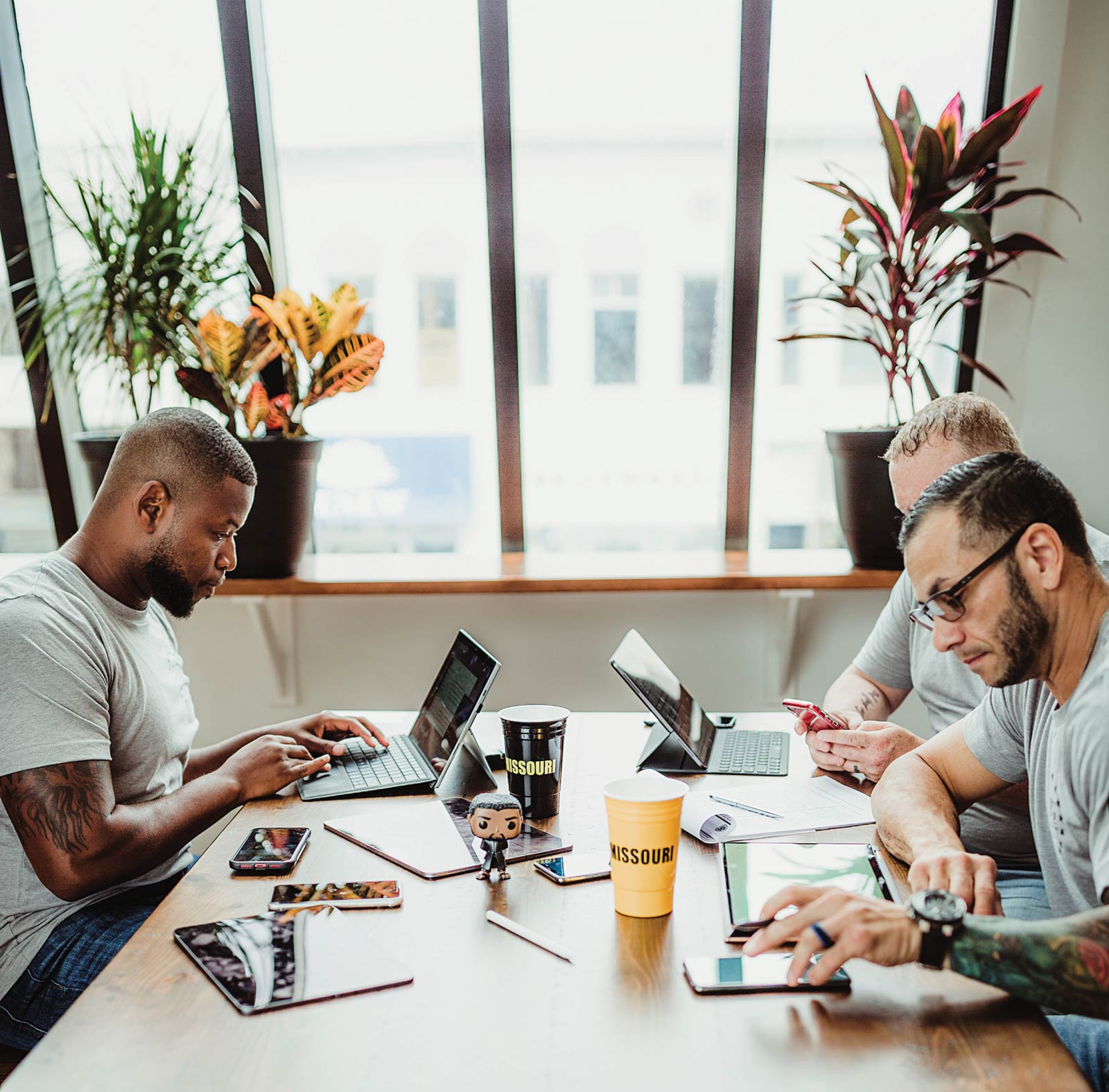 This month, we take a look at three of Columbia’s businesses – The Broadway Group, MacKenzie’s Blakery, and Winn Law Firm.

The founders of The Broadway Group started their company after seeing an under-served need for a unique lender with experience in loans with a high-volume background. The Broadway Group is run by three “battle-buds”: Eric Johnston, director of operations; Joseph Newberry, chief production officer; and Marcus Jones, branch manager. The group opened their doors (and their kitchen table) to the Columbia community in August of 2020.

The Broadway Group prides itself on being a close-knit mortgage lender for purchases and refinances on residential properties. “The mortgage industry has been shifting from this face-to-face style industry to these computer-based transactions,” Joseph says. And for most people, this is the most money they will ever spend in their whole lives, so having someone to talk to or vent to is an important part of the process.

That’s where The Broadway Group comes in. The group enhances computer-based services by offering one-to-one services with clients at the kitchen table right in their office. The Broadway Group is more than just a lending company, Marcus explains — they’re a family that’s here to help the community in ways that big lenders can’t.

When MacKenzie Blakeman moved to Columbia two years ago, she became a full-time stay-at-home mother to two children. For her step-daughter’s 10th birthday, she wanted to have a big macaron tower. Despite never having tried to make this French pastry before, she decided to give it a try. After a few tries, she finally made a successful batch. And in September of 2019, MacKenzie took her joy of baking macarons and turned it into MacKenzie’s Blakery, a side-job specializing in fun-shaped (think unicorns and pumpkins) and flavorful macarons that can be found at Something Plume.

“I watched a lot of YouTube videos,” MacKenzie says. “My 10-year-old and I would sit after school and watch an hour’s worth of YouTube videos.” After trying 15 different recipes and three different macaron methods, she found the perfect combination that worked for her and her kitchen.

Once MacKenzie’s kids are in school, she hopes to have a store of her own. “I want to make happy gifts,” MacKenzie says, “For you, your kids, and your family.”

“I felt that, in Columbia, Missouri, there aren’t a lot of minority — in particular, Black — attorneys in this area,” Robin Winn, president and founder of Winn Law Firm says. “And I know that a lot of times, minorities don’t have access to high-quality legal representation.” This lack of representation inspired Robin to come to Columbia to start Winn Law Firm in September of 2017.

Currently working as a one-woman-show, Robin hopes to eventually expand and add more lawyers to the firm. Her goal is to become one of the best trial lawyers in Missouri, something she’s already working diligently toward as she continues to do new trial trainings to ensure her skills are always sharp.

Boone County Business of the Dead