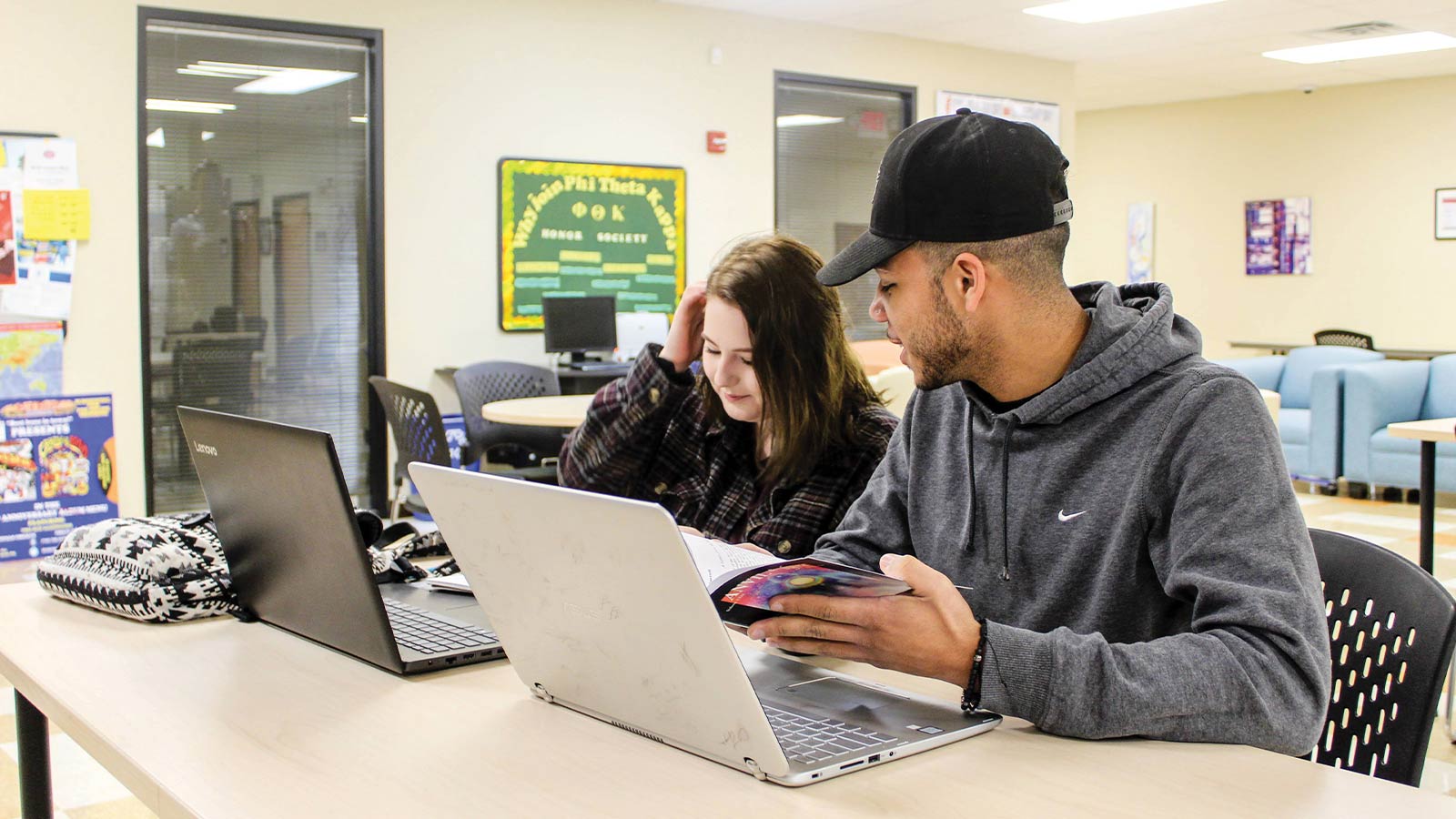 CPS and MACC partner on giving high school students a chance for a different type of college experience.

Columbia Public Schools Superintendent Dr. Peter Stiepleman was part of the Columbia traveling party that made the Chamber of Commerce trip to Ann Arbor, Michigan, in spring 2018.

The chamber regularly facilitates these trips to cities similar to Columbia so that civic leaders can see what ideas are in place in other communities like our own. To Peter, the most eye-opening part of the trip, by far, was Middle College.

Ann Arbor Public Schools partnered with Washtenaw Community College on Middle College, a program through which juniors and seniors could concurrently be enrolled in high school and WCC and make progress toward their high school diploma and an associate degree at the same time.

“We said, ‘What an amazing opportunity for kids,’ to be able to graduate high school with their associate degree or industry-recognized credential, giving them lots of different options,” Peter says. “That became the hallmark project, the rallying cry from that trip: We should have something similar for our kids.”

CPS found a capable partner in its own backyard: Moberly Area Community College. The two sides got to work on their own early college program shortly after, and the first class is slated to start this fall.

Peter says that CPS hoped for around 50 students to enroll for the pilot year. They got 126.

“That tells us, in just our first year, that there is such an interest and excitement among our community,” Peter says. “This could be an absolute game-changer in terms of eliminating two years of college debt, increasing the chances a kid will graduate a four-year institution or be ready to go right into the workforce with their associate degree.”

Students who were accepted into the program met a certain academic profile, fulfilling standards such as a minimum 2.75 high school grade-point average, a qualifying ACT score, and a record of at least 90% attendance. They will take classes at MACC and earn 10 to 12 credit hours per semester while still progressing toward their diplomas and maintaining their statuses as high school students. That means they can still participate in athletics, activities, and other functions that form the high school experience.

“They get the best of both worlds,” says MACC President Dr. Jeff Lashley. “There will be a lot of wraparound services with us and Columbia Public Schools in terms of advising. We’re also focusing in on getting first-generation college students involved. A lot of times, they’re not very aware of the access they would have to higher education. We get some of these students through the program, get CPS involved, and they come out here and earn a lot toward their associate degree. They find out college education is something accessible and affordable that they can pursue.”

CPS picks up the tab for the students’ tuition, books, and fees at MACC by taking the average daily attendance funds it receives from the state for each student and applying it toward MACC. The college classes the students will be taking are part of the CORE 42, a suite of courses whose credits are transferable to any public Missouri college or university.

Students who earn their Associate of Arts degree through MACC essentially have their first two years of college taken care of before they even exit high school. Peter and Jeff both say the positive economic impact for families could be substantial.

“These students are going to be able to do the program debt-free,” Jeff says. “What Early College will do is allow our dual-credit students to get the kind of access where those who want to, who are motivated, and who work hard enough will be able to get their degree. That’s a big highlight for us.”

CPS held three informational sessions about the Early College Program in January, at Hickman, Battle, and Rock Bridge high schools. What struck Peter, besides the full houses at each event, were the age demographics of the students whose parents were requesting more information. They were getting a number of queries from parents of eighth-graders.

“They were thinking about their kids’ four-year plan for high school and considering what this early college opportunity is going to mean for their kids,” Peter says. “I would imagine the program is just going to keep growing.”

The success of the Early College Program could also have ripple effects on the future of CPS.

Peter says that, with current population growth, the district is tentatively planning on purchasing land for a fifth high school in 2026, with the aim to open it by 2030. The ability to educate more high school upperclassmen through programs such as the Early College Program could alter that trajectory.

MACC has offered dual-credit courses to high school students for a while, Jeff says, but Early College takes the cooperation to another level. Jeff says that local partnerships with entities such as CPS, MU, Columbia College, and Stephens College help MACC expand its programs and offerings for students.

CPS, in turn, relies on its local partnerships to give students a leg up in specialized fields such as biomedicine, contracting, engineering, architecture, robotics, programming, and culinary arts. The Columbia ecosystem is one in which students have a multitude of opportunities to thrive.

“We have a long track record of great partnerships with CPS. It’s extremely valuable,” Jeff says. “At MACC, everything we think about is creating pathways for our students, ways for them to get to programs and higher education and into the workforce. Early College will speed that process up as well.”