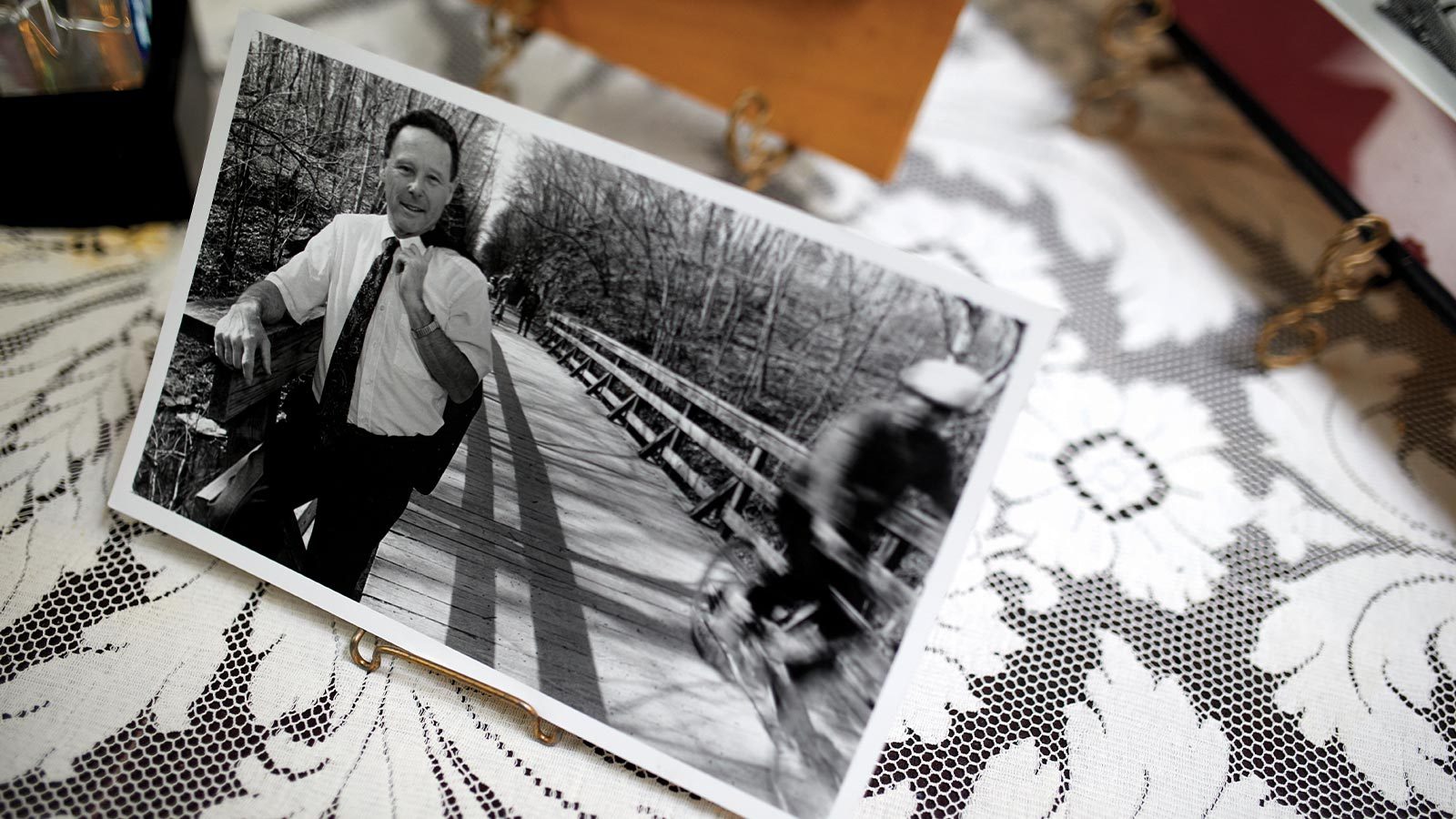 Columbia’s longest-serving mayor, Darwin Hindman, has left a lasting legacy in our community that won’t soon be forgotten.

Axie Hindman has a series of scrapbooks that she compiled during her husband, Darwin’s, 15 years as mayor of Columbia from 1995 to 2010.

They’re mostly full of newspaper clippings, a running historical record of the longest-serving mayor in the city’s history, but there are also more personal items, such as snapshots and notes from constituents.

One of Axie’s favorite memories is from the opening of the Activity and Recreation Center in 2002. Darwin, decked out in his bathing suit, is traveling down the giant, curlicue slide into the ARC pool, beaming.

“He was the first one down this big slide,” Axie says. “It’s a great image because he’s going down the slide, his arms are up, and he has this big smile of, ‘We did it. Isn’t this great?’”

The memory tidily illustrates two defining themes from the life of Darwin Hindman, who passed away June 17 at the age of 86.

One was his ability to get the job done for the people of Columbia and the tenacity he displayed in bringing projects to fruition. He had worked for more than a decade, even before his time as mayor, on campaigns to secure funding for a public recreation center in the city, mounting two failed attempts before voters approved a funding proposition in November 1999.

“The ARC was a huge capstone,” says Ian Thomas, Darwin’s son-in-law and a Columbia city councilman. “The funding had to be approved by voters, and he worked extremely hard on that. Nearly half the voters voted against it then, but you’d be hard-pressed to find somebody who’d say they’re not glad we have the ARC right now.”

The other theme present in this memory of him going down the slide? His pure, unbridled love of life. That memorable smile.

Columbia, Through and Through
Darwin moved to Columbia with his parents in 1936 when he was 3 years old. Aside from a three-year stint in the U.S. Air Force and six years practicing law in Mexico, Missouri, at the start of his career in the 1960s, he stayed in Columbia. He and Axie met while both were students at MU, and they were married almost 59 years.

“He grew up seeing all the changes that happened locally, the changes that were happening in the country,” says Ellen Thomas, Darwin’s daughter and Thomas’ wife. “Not that that means he’s responsible for the kind of town Columbia is, but there really is this parallel growth. He grew as a person and politician while Columbia was really growing.”

Darwin certainly played his part, as both a private citizen and a public figure, to build the Columbia that we see today.

Consider the list of 25 accomplishments from his time as mayor that adorn a sign outside the Darwin and Axie Hindman Discovery Garden at Stephens Lake Park. It covers everything from the establishment of the Columbia Police Review Board to the acquisition and development of, well, Stephens Lake Park.

Consider, also, the fact that Darwin was named Citizen of the Year by the Columbia Chamber of Commerce in 1989, a full six years before he became mayor.

“That’s usually kind of a lifetime achievement award,” says Chris Janku, who was a city councilman from 1991 to 2008. “His mission that he had was of a quality city that has great public education, amenities like parks and trails, and other cultural affairs and activities that would make it attractive for people with great skills and abilities to want to live in the community.”

Darwin was able to build connections, advocate for causes, and get things done through his innate likability and the fact that he truly valued the input of others, even if it didn’t always match up with his way of thinking. He had a disarming sense of humor and was never afraid to be the butt of the joke, like the time he failed miserably at movie trivia in front of a room of hundreds of people.

Chip says that made Darwin a joy to be around, personally and professionally. It’s why Chip describes himself politically as not a Democrat or a Republican, but a “Hindmanist.”

“He set the bar very high and lived an exemplary life in public service,” Chip says. “His value system, his approach to things, his respect for propriety was just unparalleled. I’ve been around a lot of people in politics in my life. I’ve just never seen anyone quite like him.”

Blazing New Trails
On June 22, the day of Darwin’s funeral, more than 60 bicyclists gathered for a nearly two-mile ride from the Hindman Discovery Garden to the Calvary Episcopal Church on Ninth Street.

They rang their bells as they rode by the church, a fitting tribute to the man who could be seen routinely riding his own bike around Columbia as he fulfilled his mayoral duties, tie and coat flapping in the wind, big smile on his face.

“His leadership changed the values of the community. People always rode bikes but, nowadays, it’s much more part of the community,” Chris says. “If the mayor’s riding his bike to meetings, other people can see that they can do it and feel like they’re accepted.”

Darwin’s zeal for walking and biking also helped build the trail infrastructure that has made it much easier for residents to get around the city without using a car.

Even before his time in office, he was instrumental in the beginnings of the MKT Trail in Columbia, and he served as the founder and chairperson of the Katy Trail Coalition. That involved lobbying state and national legislators to secure funding and support, and his success in that role is why the Boone County Historical Society dubbed him “The Father of the Katy Trail.”

During his time as mayor, Hindman worked with the PedNet Coalition — of which Ian was the executive director — to adopt a “complete streets” policy that improved the safety conditions for pedestrians and cyclists in the city. Darwin also played a key role in securing more than $20 million in federal funding for a pilot program to form new opportunities for non-motorized transportation in the city.

“Darwin was a staunch believer in the role of walking and biking for transportation in addition to recreation,” says Annette Triplett, the current CEO of PedNet, which organized Darwin’s memorial ride. “He recognized that you have to build safe places for those forms of transportation to be safe and reliable.”

While it was a personal passion of Darwin’s, Axie says her husband’s push for expanded trail access and green spaces reflected a wider sense that he was doing right by the citizens of Columbia.

“He wanted them because they contributed in such a huge manner to what he believed was important for our citizens: to have good health and recreation and what he would term ‘a satisfactory life,’” Axie says. “It was part of the duty of our government to try to see that our citizens had these things. Not that it was the only thing that was important in a city, but I think he felt that he could play a special role in making these things happen because he had such great enthusiasm for them and had his skill in working with people.”

More than anything, Hindman hoped that his efforts would ensure a high quality of life in Columbia for generations to come.

At Darwin’s funeral, his son, Skip, spoke about the best way he could think for the city’s citizens to honor his father: Use the things he helped create.

“They will remember him with a big smile on his face, as a very optimistic person. A tremendous amount of perseverance. He realized things wouldn’t happen overnight. They happen because you keep working at them.”

The Stuff of Legacy

Some of the accomplishments by Hindman and the Columbia City Council during Hindman’s 15 years as mayor: