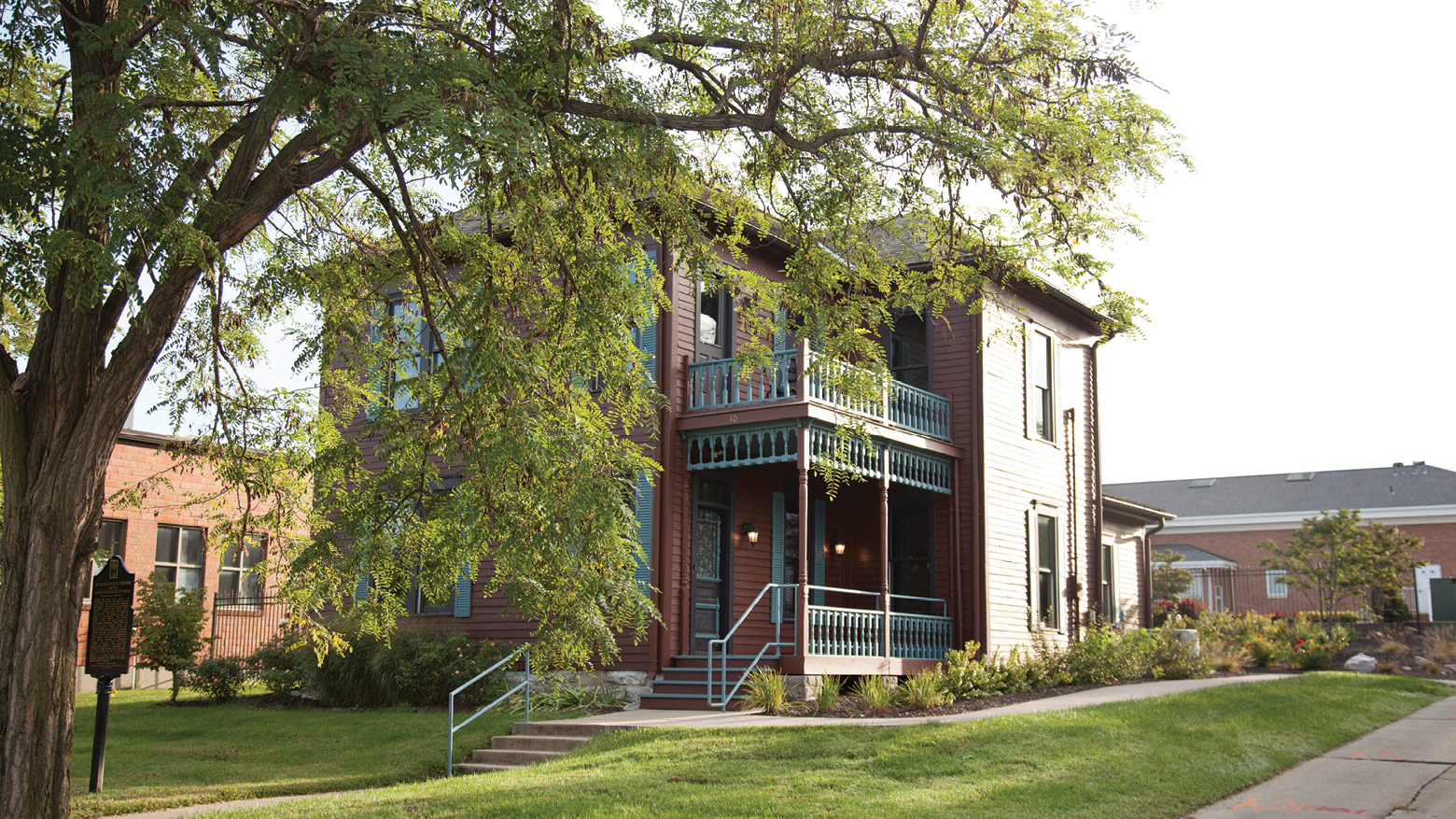 John William “Blind” Boone was known for bringing people together — and now, nearly a century after the great ragtime pianist’s death, his home is doing just that.

Around the turn of the century, a group of community members, along with then-mayor Darwin Hindman, had a vision for the Blind Boone Home. The vision came true in 2016 when, after 16 years of fundraising and renovations, the Blind Boone Home officially opened to the public. The two-story Victorian home is the only Victorian-era house downtown and was the home of Blind Boone for most of his adult life. Today, the home is a testament to Boone’s legacy.

First Ward Councilman Clyde Ruffin has been involved with the house since the beginning of the restoration process, and he now serves as chair of the Blind Boone Heritage Foundation Board.

“At first, my purpose and my mission was to be an advocate for the restoration of the home,” Ruffin says.

Restoring the home was quite a task. There was only one exterior photo of the house in existence. Ruffin and others worked with historic preservationist Deb Sheals to ensure that the interior was historically accurate and furnished to fit the Victorian era. Craftsmen and artisans used their time and talents to work on the home’s interior details, from the ornate wallpaper to the refinished mantle and surrounding tiles.

Today, the house tells the story of the famous pianist and his family. Photographs of Boone and his wife, Eugenia Lange, hang on the walls in the living room, which is furnished with a player piano, complete with the piano rolls Boone himself once listened to in order to learn how to play. An antique cabinet holds a silver water pitcher, the only known artifact in existence that was once owned by the Lange family, a symbol of their wealth and status.

“From a historical standpoint, the house is something that everyone should see,” says Amy Schneider, director of the Columbia Convention and Visitors Bureau and an advisor to the Blind Boone board. “If people in the community have not had a chance to come in and take a look at it, it’s absolutely beautiful. They’ve done a great job of making sure all the pieces in the house are from the time period of Blind Boone.”

Even during the restoration process, there were naysayers who said it would be easier to tear it down. Ruffin says the house serves “to document the life story of a man who was not only an extraordinary musician but someone who was able to transcend the issues of race and disability during a very volatile time in our city’s and our country’s history.”

“Now my purpose is to ensure the foundation is on solid ground financially so we can sponsor our own programming, and to continue to promote the house as part of our African American heritage,” Ruffin says.

The City of Columbia owns the house, and the city’s parks and recreation department provides any needed exterior maintenance, similar to the support it provides for the Maplewood Home. The foundation runs and manages the house, and they’re responsible for all interior maintenance. There is no paid staff, and the foundation’s volunteer board is responsible for giving tours and running the house. Donations go to the upkeep of the house as well as programming efforts, making sure that the house is available for those groups who otherwise might not be able to afford to use it.

Now that the restoration is complete, the challenge is to promote the house and the use of its space as a true historical treasure that is accessible to the community. The vision today is for a community space and a gathering place. It’s important to Ruffin and to others that the house is used. “It was never intended to be a museum,” Ruffin says. “It was always intended to be a gathering place that would sponsor classes, workshops, events –—a place that’s alive.”

That’s why the foundation is promoting the home as a place to hold events, whether that’s a piano recital, a holiday party, a corporate event, or a school tour. Currently, a social justice group sponsored by retired MU professor David Webber meets at the house monthly.

This is just the type of outreach that the home should provide, says Greg Olson, who serves as secretary of the board and has been involved with the home since the beginning of its restoration. “What we really want people to know is that it’s not a building that we want to be a static museum to Blind Boone,” he says. “We designed it with the idea that it would be a living place in the community. We want to make it a place where people can come together for events and discussions and learn more about African American history and Blind Boone.”

Ruffin mentions a photography class for children that was held at the house as a perfect example of how they envision the house being used — a place for children doing something creative. “Boone loved children,” he says. “There were always children in the house. He didn’t have children of his own, but they’d come play and slide down the handrail. We always envisioned the house being full of children.”

In mid-May, the house was indeed alive with Boone’s spirit as the community came together to celebrate Boone’s 155th birthday, complete with food and Boone’s ragtime music played by local pianist Sutu Forte. Guests spilled out into the garden, a tribute in memory of Wynna Faye Elbert, a local historian, teacher, and advocate. Blind Boone himself would have been happy to know that the crowd enjoyed celebrating at his birthday party, even if no one slid down the handrail.