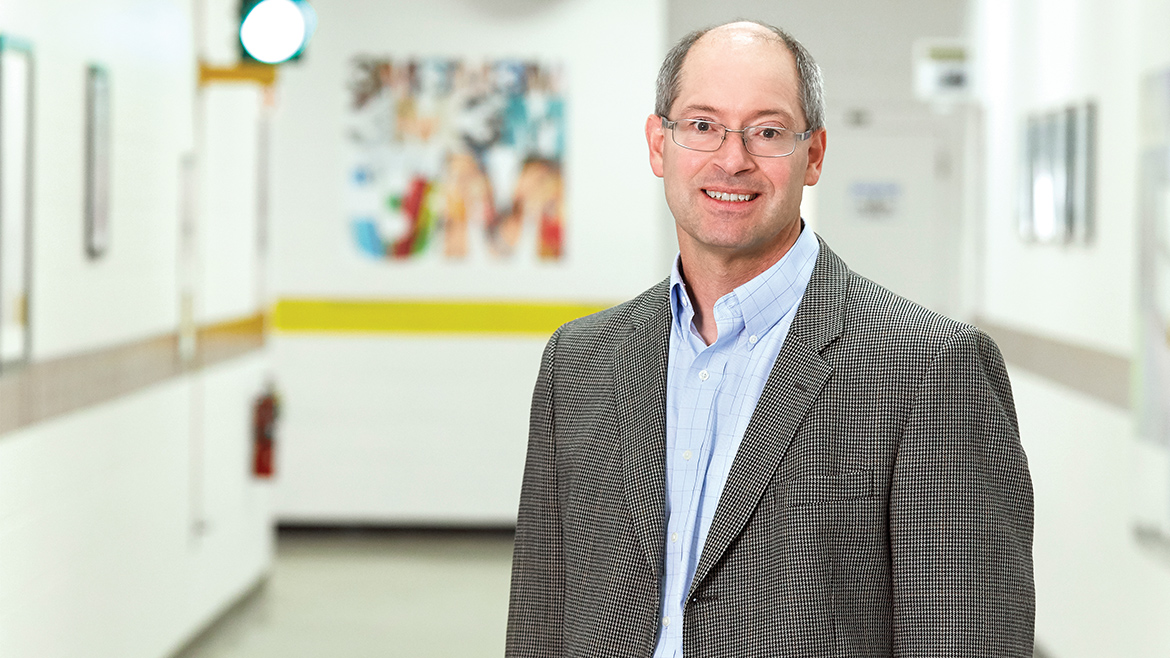 Established in 1970, Columbia’s 3M plant is a staple of the city’s manufacturing economy. Once one of the city’s largest employers, the plant has seen its fair share of changes over the years as product demands, the economy, and the number of employees have ebbed and fl owed. One recent change garnering attention is the hiring of new plant manager Jim Burkhardt.

In June, Burkhardt began his transition to Columbia from Eden Prairie, Minnesota, where he worked at a 3M plant that focused on making and assembling health care products, as does Columbia’s plant. He fully took over Columbia’s plant manager role in early July.

During his 22-year career with 3M, Burkhardt has worked at seven 3M sites and has spent his whole career working in manufacturing. As Burkhardt settles in to Columbia and the new site, he says one thing that’s struck him is the friendliness of the people. Many people have reached out to him to check in on how his transition has gone, how he’s doing, and if there’s anything they can help him with.

And while he’s still working on learning all the names of his employees, he has noticed that they all have one thing in common: a drive to see the plant succeed. “I’ve been amazed at how driven they are to continuously improve. That’s really been apparent,” says Burkhardt.

FROM CIRCUITS TO STETHOSCOPES

The drive and engagement of the plant’s employees has helped the plant survive and thrive throughout their almost 40-year history. When the plant originally opened, they focused on audio visual products and electrical connectors.

Shortly thereafter, the plant also produced flexible circuits. The business grew and allowed them to bring on large clients and to grow their workforce to about 900 employees by the late 1990s.

Demand for their products peaked during the 90s because of ink jet printers. The plant stayed busy until the early 2000s, when a few large customers moved their operations and business overseas to Asia.

Burkhardt explains that the plant was not as diversified in the products they produced during this time, so when those customers left, they were difficult to replace. The plant’s headcount of 900 employees soon dropped to around 200 employees.

It was not until 2010, when a core group of people at the plant chartered a new path for the plant, that they began to pick back up again, moving into manufacturing health care products like stethoscopes, filtration systems for biopharmaceuticals, and surgery preparation products.

“That’s really led to a resurgence here in the plant as far as businesses, employees, and growth for the site,” says Burkhardt. It was not much later that 3M acquired a company in Carlsbad, California, that specialized in health care products. And because the Columbia plant had the capabilities for health care production the operations from that company moved to Columbia.

“[The company] was a good fit for what we’re doing in the plant, and it goes after what 3M health care wants to do in regards to reducing opportunities for surgical site infections or reducing the chance for infections in the hospital, making it a healthier world,” says Burkhardt.

Stethoscopes, which they assemble at the plant, have now become the plant’s largest value stream. Not all of the parts for the stethoscope are made at the plant, but Burkhardt says that could be a way to provide a faster service, and a less expensive product, to their customers in the future.

With the pivot into the health care field, the plant is now back up to 500 employees. They didn’t leave their circuits and connectors behind completely, though — those products are still manufactured at the plant, but that’s now a smaller part of their financial stream. So what does the future of product lines and the plant as a whole look like?

When Burkhardt looks to the future of the plant, he explains that improving the extended value stream — the process of making a product from beginning to end, like the testing and packaging of the products — is where he’s focused.

That process begins with thinking through how 3M can speed up the supply chain process to improve their service to their customers. One way in which this can happen is by bringing the production of more of the products in-house when it makes sense, Burkhardt says.

Let’s again use the stethoscope as an example. Right now, not all of the parts for the stethoscope are made at the plant, which means that the parts the Columbia plant does not have need to come from another plant or a possible competitor. They then have to wait for the parts to be shipped to them, which adds additional costs to the customer and lengthens the amount of time it will take 3M to get the finished product out the door.

If 3M brought the equipment to make those parts in-house, then that would not only decrease costs for the customer, but it would make the plant more responsive and would decrease their lead times. And this is an opportunity for growth across product lines, not just products in the health care value stream.

“[Every value stream’s] team has a process around evaluating the overall supply chain and trying to improving service and quality to the customer,” says Burkhardt.

Each team creates goals for continuous improvement in this area on an annual basis during a strategic meeting, and they even bring in people from St. Paul, Minnesota, where 3M is headquartered, explains Burkhardt. They then evaluate their goals every 90 days to assess and pivot if needed.

At the end of the day, Burkhardt says that there may be different quantifiable goals across product lines and value streams in the Columbia plant, but “it all comes down to the same thing. It’s about engaging the workforce, and we have a very good one here, driving quality and servicing the customer by making products that help serve the customer.”