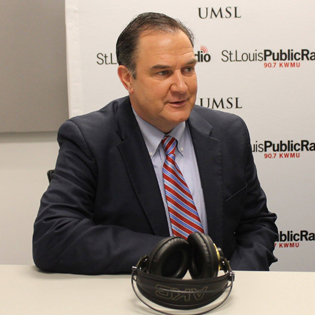 Can Missouri Lieutenant Governor Mike Kehoe keep his new title?
At this writing, he’s up one round to none. Cole County Circuit Judge Jon Beetem has tossed out a legal challenge to Kehoe’s appointment brought by the Missouri Democratic Party and individual plaintiff Darrell Cope, of Hartville.
Beetem said the plaintiffs lacked legal standing. Beyond that technicality, he said the lieutenant governor’s office should not be left vacant until the next election. He added that current law is not clear enough to prevent Governor Mike Parson from filling it by gubernatorial appointment.
Thus far, the Democrats have said only that they’re considering an appeal, but it defies credulity to think this decision stops short of the state supreme court.
In any case, a man who once sold automobiles by telling customers they could get “tires for life” and proclaiming, “Everyone loves a Mike Kehoe deal” now holds onto the number-two rung on the gubernatorial ladder. In a statement following the trial judge’s decision, Kehoe said, “I am grateful for, and agree with, Judge Beetem’s ruling and look forward to continuing to work on behalf of all Missourians.”
The road traveled by this 56-year-old Republican is storied. Raised in the St. Louis area by a single mother with six children, a teenaged Kehoe took a car washing job at the Dave Sinclair Ford dealership and worked his way into sales management. A work scholarship sent him to the elite Chaminade College Preparatory School.
By age 25, Kehoe was running Osage Industries in Linn, Missouri, a company that converts panel vans into ambulances. While there, Kehoe more than doubled the size of the business. In 1992, at only 30 years of age, he sold his interest in the company and purchased the Ford Lincoln Mercury auto dealership in Jefferson City.
In 2005, then governor Matt Blunt put Mike Kehoe’s feet on the road to political office by appointing him to the Missouri Highways and Transportation Commission. Almost immediately, he was confronted with the deteriorating state of more than 800 state-maintained bridges and the need to develop creative financing to do something about it.
Highway maintenance and construction funding challenges defined Kehoe’s tenure on the commission, where he rose to serve as chairman. During that time, Kehoe also solidified his relationship with Jefferson City lawmaker Carl Vogel, whom he would eventually replace in the Missouri State Senate.
The senate election happened in 2010, when a term-limited Vogel finished his capitol career. Kehoe had held no elective office, but he defeated several candidates in the August primary who had.
In the Senate, Kehoe maintained his commitment to transportation and infrastructure. Early on, he backed a proposal to accelerate the construction of a second nuclear power plant in Missouri. It would have allowed a coalition of power companies to recover tens of millions of dollars in permitting costs through rate hikes. That bill stalled in committee.
Arguably, Mike Kehoe’s bravest legislative venture was his support of new taxes for transportation needs. In 2013, he proposed a one-cent general sales tax to fund projects over a ten-year period. At the time, analysts estimated the tax would have generated $8 billion.
The following year, a modified 3/4-cent sales tax proposal from Kehoe drew opposition from then-governor Jay Nixon, who said it was neither fair nor fiscally responsible. Kehoe responded that Nixon was “clueless” about the severity of the problem. But voters did not love this Kehoe deal, defeating the tax proposal by a margin of nearly three to two.
The issue has followed Missouri’s new lieutenant governor into that office. Money for highways will come before voters once again this year. The November ballot will ask whether to increase the motor fuel tax by ten cents, phased in over a five-year period.
Kehoe has endorsed the fuel tax increase. In June, he told KRCG 13: “The cost of labor, the cost of materials . . . just everything you have that goes into highway construction has gone up. At the same time, our roads have continued to get older.” Win or lose, Mike Kehoe won’t have to provide anyone with tires for life.

Kermit Miller anchors the 6 and 10 p.m. news for KRCG 13. You can reach Kermit at [email protected]