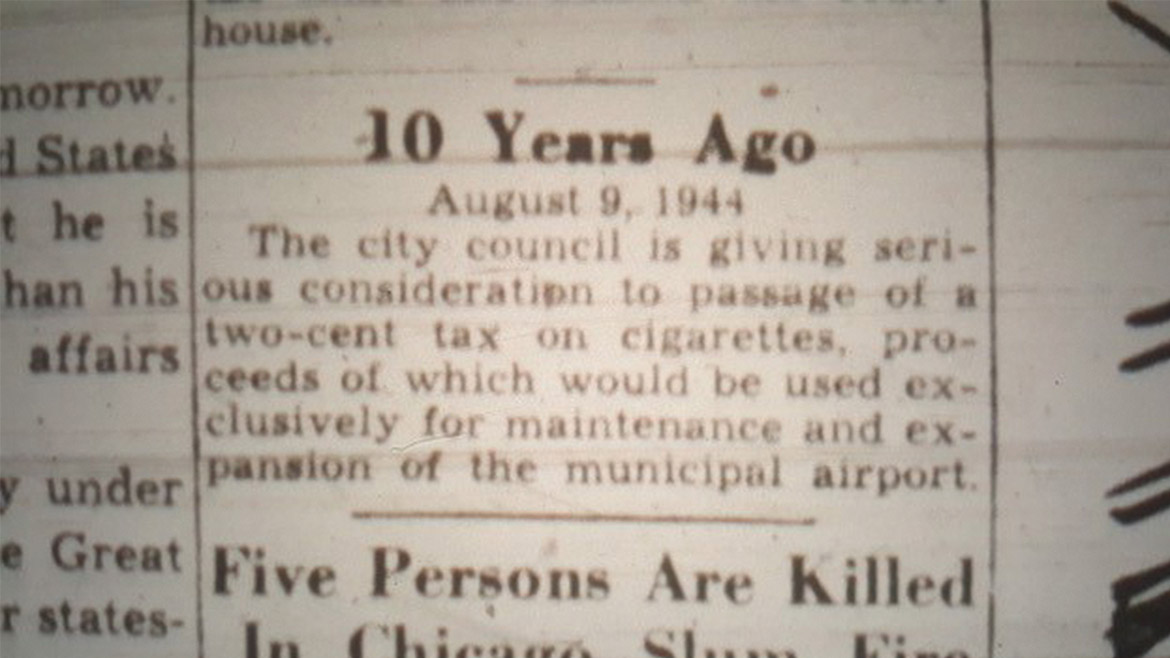 2025? 2025!
I predict that 2025 will be the year when the new, improved version of Columbia Regional Airport will finally be up and running. The improved version will include a new terminal with a still-to-be-determined number of enclosed jetways, more parking, and the longer (7,460 feet) main runway. It will also include additional non-stop jet service to Charlotte, Atlanta, and other points, bringing the total number of yearly enplanements well into the hundreds of thousands.
With the way things drag on, though, Kansas City’s improved and expanded international airport will beat COU’s grand opening by a year or more.
The COU expansion will be one of the most ambitious construction projects ever undertaken by the city. It will require close coordination, in a timely manner, of a series of related projects.
Bids will be taken and reviewed for each project and then contracts will be awarded. Grants and available funds will have been identified and secured. Next comes actual construction, which is subject to the usual litany of strikes, material shortages, cost overruns, change orders, lawsuits, injunctions, petitions, weather conditions, acts of God, and a variety of other unforeseen occurrences.
Funds are already on hand to relocate hangar 350, which opens up the area where the new terminal will be built. A city official recently conceded that this might be done by the end of the year.
Then the main runway will be lengthened, and the funds are now assured for that project. Will that be done by the end of 2019, barring the aforementioned contingencies? We’ll see.
Route H, running north of the airport, has to be relocated. That’s a MoDOT project. The perimeter fence needs to be extended and repositioned. Will both projects be completed by the end of 2020? Again, we’ll see.
The new terminal itself remains somewhat of a mystery. What will be its design and appearance? What about the number of jetways or a restaurant?
This is where the real fun begins as architects and consultants are brought in to produce plans and renderings. Everything will be overseen by the city council and staff with a generous dollop of public comment while grinding through the creaky mechanism of city governance. Months, maybe a year or two goes by, and then actual construction begins, subject again to the usual litany of complicating factors.
Some believe the COU project would get done much sooner if Columbia did what Kansas City did. For KCI, it was a design-build project undertaken and coordinated by a third party for a set amount of money.
An elegantly successful example of how the third-party coordinator works is Emery Sapp and Sons. They build bridges and highways on time and on budget for MoDOT. For the COU project, this type of agreement was not to be for a variety of reasons.
The airport has always seemed to be just another toy for the city to fiddle around with. The examples over time are too numerous to get into here.
The new, improved COU by 2025. KCI a year or two earlier. Bank on it. CBT