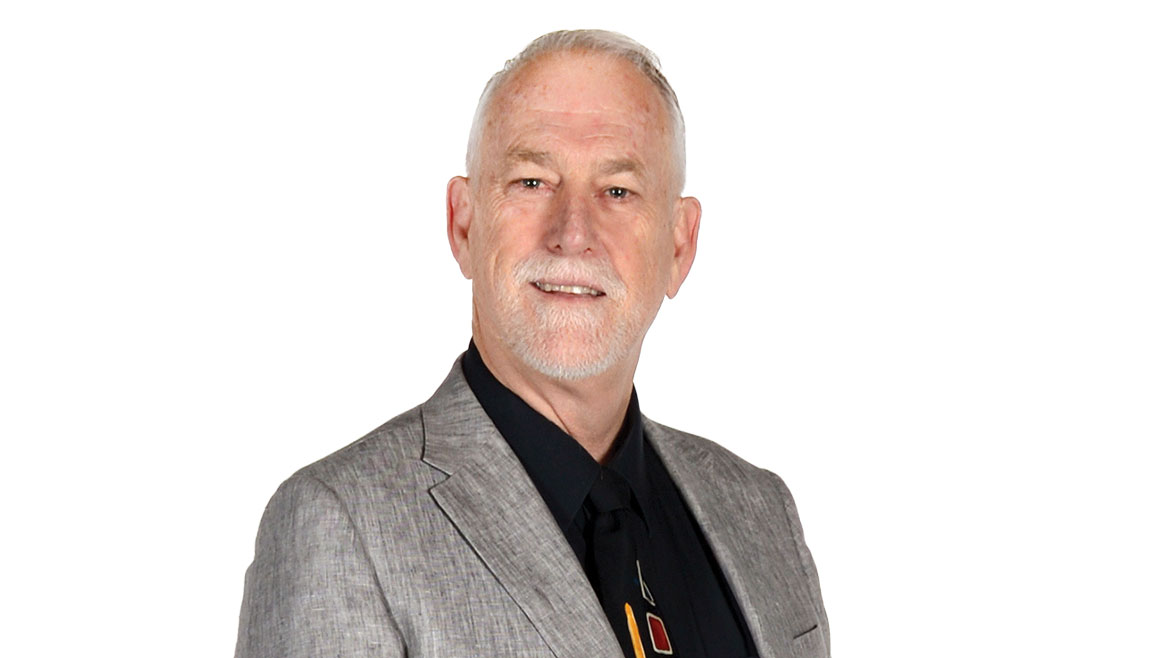 A Capitol Conversation: The State Budget

I grew up in a blue-collar family in Redding, CA, where my dad was a mailman and my mom was a waitress. Both had their educations sidelined by World War II, so they insisted I study and go to college. I went to the local community college (where I met Cecile, now my wife) and later to Pepperdine University, where the journalism program gave me the opportunity to intern for Newsweek. I went on to study journalism at two more universities — the University of Texas for a master’s degree and the University of Oregon for a Ph.D.
Along the way, I was a daily newspaper reporter, a weekly newspaper editor, an assistant publisher for a weekly chain, a wire editor, and the managing editor of a daily. After about 25 years in the business, I decided to teach what I knew. That meant a stint as a community college instructor and then my doctorate.

The Missouri School of Journalism hired me in 2001 for the Center for the Digital Globe. From the beginning, I took on innovative assignments in multiple disciplines. I started by running the digital edition of the Columbia Missourian and ended by developing a virtual reality journalism program. I retired from the university last fall.

Right now, I’m learning that retirement is as busy as employment — just a lot more fun. But during my tenure as a journalism technology professor, one single task defined my day: Reading the web.
The most enjoyable part of the job, however, was opening the eyes of students to emerging technologies. It may seem surprising, but there is a terrific amount of fear of new technology among students. They know their phones, they know the programs required by their classes, and they know video games. But their lives and minds are already overloaded with the demands of university, so they break into a sweat when you throw yet another technology at them – especially one so new that it doesn’t make sense to them at first.

4. Tell us about VR journalism:

It means a whole new type of storytelling — viewers can look anywhere they want instead of just where you point the camera. It also takes new equipment, new editing techniques, and new demands on the computer systems of news outlets. Our major accomplishment was to speed the process to the pace of an online news site. We eventually were able to shoot, edit, and post 360-degree news coverage in less than an hour after the news event.

5. What’s the importance of the concept “near-term futurism?”

Anyone can safely predict what will happen in 100 years because you won’t be around to be challenged for your accuracy. What’s more important is to forecast what will affect our lives five or 10 years from now.
I teach students to look hard at the basic human needs current technology is trying to address, and then I have them move it forward a few years. For instance, Facebook tries to keep up our daily contact with friends and family, no matter how far away they are. But right now, that requires a computer or phone, and our messages are mostly text and photos. What if you didn’t have to think about it — your friends were just there in your head or in front of your eyes? We don’t know exactly what that technology will look like, but we certainly should plan for an even more mobile world.

6. What are some challenges you face in your work?

Anyone who works on the edge of new technology has to shrug off the constant refrain of “that won’t work” or “so what?” Then, after what you predict becomes common reality, you find that the same people say they knew it was coming all along.
More seriously, every academic in the U.S. and certainly in Missouri works in a climate of declining appreciation. University budgets are cut, science is disbelieved, logic is attacked. It’s hard to keep your enthusiasm high these days. The salvation is the students themselves. When you hear from a student, years after graduation, that something you taught made a difference, you never want to give up.

7. Describe a success you’re most proud of:

I’m very proud of the role we played in developing citizen journalism as a legitimate part of American journalism. By the end of the 20th century, journalism had become a closed club where only trained journalists were allowed to print or broadcast. In 2004, I assembled a group of graduate students to Americanize a phenomenon in Korea where everyday citizens were contributing to a popular online publication. The result was MyMissourian, an online and later print newspaper written by the people of Columbia. We demonstrated that what the public found important wasn’t necessarily what journalists found important. Our work blazed the way for the “participatory journalism” that is now a part of every news outlet.

8. Tell us something that we wouldn’t learn from your resume alone:

I’m a maker. I like using my own hands to make something even if it’s not as good or as cheap as what I can buy. I think I make mostly sawdust in my woodshop, but I’m a pretty good cook. Perhaps what most surprises people is that I harvest the sap from nine maple trees on my Columbia residential lot every spring and then boil it down to nearly a gallon of pure maple syrup. Believe me, Mrs. Butterworth’s would be much easier, but she could never produce that smile I get on my face when I dig into a plate of pancakes. CBT