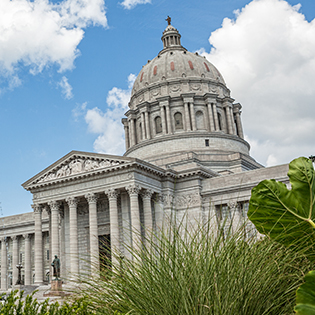 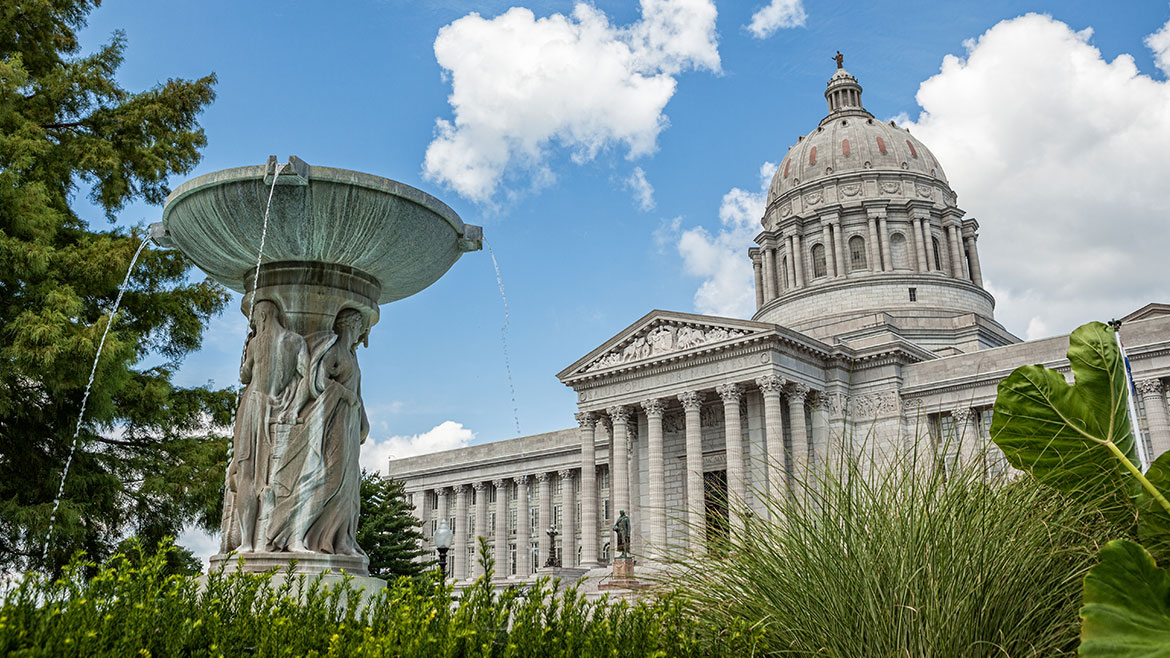 Jefferson City is a company town. The company is the State of Missouri. You cannot throw a rock and not hit someone who works for the state, or is married to someone who works for the state, or lives next door to someone who works for the state. As a result, anyone who reports news to the people of Jefferson City knows that the item at the top of any state budget review is state worker wages.
By all accounts, Missouri state workers still are the lowest paid in the nation. So this year (yes, an election year), lawmakers approved a pay increase of $700 a year for people who earn less than $70,000 annually and an increase of one percent for people who earn more than $70,000. To make the budget work, specifically to cover increases in the cost of health insurance for state workers, the raises do not kick in until January of 2019, assuming they kick in at all.
At this writing, the budget has been approved but is not yet on the desk of Governor Eric Greitens, whose criminal charge for felony invasion of privacy has been dismissed (for now), but who still faces another prosecution related to improper data usage related to his former charity. Back in January, Greitens proposed pay increases for state workers, but made them conditional on changes to the state’s civil service system. Under the so-called merit system we have now, slightly more than half of the state’s 55,000 employees get hired, retained, promoted, transferred, or disciplined based on their performance on standardized tests and other strict guidelines. That protects them from being judged on political affiliation or allegiance.
At the beginning of the year, Greitens wanted to change the system to make it easier to hire and fire people and to give spot raises. The governor made his support for higher state worker pay conditional on those changes. As this article goes to deadline in the final week of the legislative session, the House has not yet signed off on Senate Majority Leader Mike Kehoe’s bill to reform the merit system. And if they do not, it still is not clear what the state’s legally-embattled governor will do with that budget line item.
Elsewhere in the budget, lawmakers generally exceeded or countered the governor’s proposals. Education jumps to the top of that list. The $6.1 billion dollars going to the Department of Elementary and Secondary Education includes an increase of nearly $99 million for basic aid to public schools and an increase of $10 million for school transportation. Majority Republicans say that constitutes full funding for education; minority Democrats say full funding is an illusion, one created by changing the definition a couple of years ago. In any case, it’s more money than the governor had proposed to spend.
Likewise, lawmakers held the line on higher education funding, rejecting Greitens’ proposal to reduce spending on colleges and universities by $68 million. As a result, those schools have promised to hold the line on tuition increases at one percent. And foreign-born students in the Deferred Action for Childhood Arrivals (DACA) program must pay college tuition at out-of-state rates.
Beyond education, the brightest spotlight shines on the Department of Health and Senior Services. Lawmakers have punished health officials for not disclosing information about the Bourbon virus by gutting the salaries for eight positions in the department director’s office.
Lawmakers also stripped Medicaid funding, which is administered by state health officials, from Planned Parenthood. That dispute goes back to the secretly-recorded video of Planned Parenthood officials purportedly discussing the sale of aborted fetal tissue, and to revelations about the disposal of fetal remains from a Planned Parenthood clinic in St. Louis. Eleven of Planned Parenthood’s health centers around the state provide no abortion services but will still get no state money for cancer screenings or other preventative health care for women. The move could put the state in violation of federal Medicaid law, which says recipients can see the participating provider of their choice.
Overall, lawmakers approved $23.8 billion dollars in spending for fiscal year 2019, which begins July 1st, 2018. The budget represents a $600 million spending increase over 2018.
Kermit is an award-winning 45-year veteran journalist and one of the longest serving members of the Missouri Statehouse press corps.