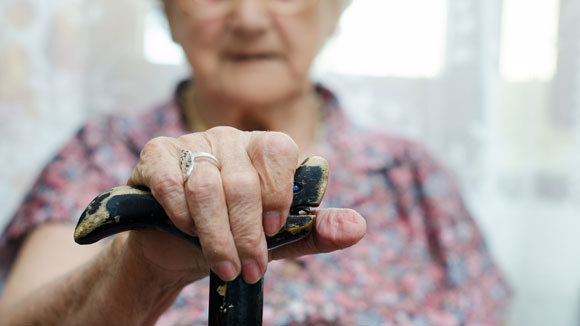 In 2000 my mom, Ida Reynolds, suffered a fall that led to the amputation of her leg. Being wheelchair bound in her home, which had numerous stairs, was not an option. With agreement from Gene and Zach, we looked for a new house near Austin so Mom could move in and become a part of our family. We became a multigenerational, or a “sandwich,” family with three generations living under one roof. 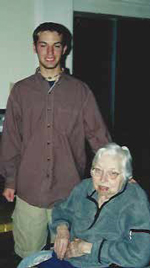 Overnight I became the social director; manager; arbitrator; and always the daughter, mother and wife  sandwiched between two generations. Mom and Zach had the same basic needs of food, shelter and social interaction. Providing shelter became the easiest part of the equation.

Zach was the typical teenager who led the fast and furious life of school, sports, dating and friends. Mom was a bright, independent woman who lived in one town for 80 years, was plucked from her home and found herself in Texas with the restriction of a wheelchair.

A typical day meant getting up at 5 a.m., getting dressed for work and getting Zach to cross-country practice at 6. Next, I went back to the house to be sure Mom got out of bed and fix her breakfast and something for lunch. I then went back and got Zach to take him to school before heading to work at 8.

My greatest challenge was occupying Mom during the day. I hired a companion, whom Mom really clicked with. They chatted, cooked and enjoyed each other a couple times a week. This worked great until the companion quit, and Mom was furious with me because she no longer had a friend. She refused a new companion and spent her days crocheting, doing puzzles and embroidery work.

Having a teenager in the house meant a constant stream of friends, coordination of activities and general management of Zach’s life. Each day brought the challenge of monitoring Zach’s choices and allowing him increasing independence while offering him lessons on how to become a responsible young adult.

Mom had weekly doctor appointments and physical therapy and needed some assistance with bathing and other activities. We had at least one or two outside-the-house excursions each week to keep her engaged in the world.

The mother-daughter relationship is almost always complex. Having this relationship under one roof sometimes became downright tense. There were the comments about my cooking and my discipline of Zach. Then there was the day when I was leaving for a meeting, and Mom quipped, “I can’t believe a woman your age is going out in a skirt that short.” Being an adult with a live-in parent became a lesson in patience and tolerance.

Because Gene was frequently working out of town, he phoned in his support and words of wisdom when I needed perspective. He loved and cared for my mom as much as I did, and there were times when I think Mom preferred his company to mine.

I was very tuned into everyone’s needs, but I never lost sight of my own. Gene and I would frequently book a hotel room for the weekend where we had breakfast in bed and savored our special time together. Mom and Zach took charge of each other, and both lived up to their responsibilities. Mom saw these mini vacations as frivolous; I saw them as an oasis of sanity.

Despite the challenges , having a multigenerational household became one of the greatest blessings our family could have. Mom and I got to share precious quality time. Zach had the opportunity to interact with his Nana and appreciate her history and talents. Mom got to have an up-close and personal view of her grandson as he grew into an incredible young man.

In 2004 Zach left home to go to college, and in 2008 my mom died. Gene and I found ourselves facing life as empty nesters. Although we enjoyed our renewed freedom, we came to realize that living in a multigenerational family can be a huge “sandwich” filled with love.

The Love Guru on Attraction