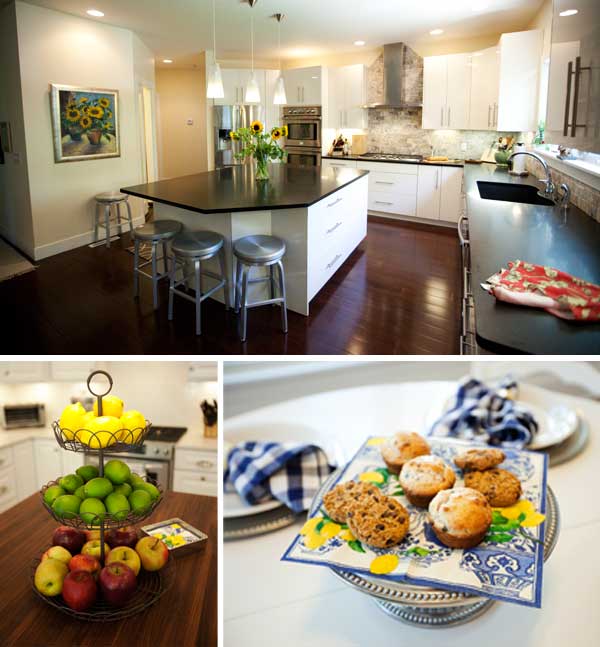 It’s where families gather over home-cooked meals and guests sip on cocktails, where chefs pour over recipes to find the perfect dish and where kids learn how to measure out ingredients. The kitchen is the place that feeds your soul and lets traditions live on. It’s the center of a family and most fondly referred to as the heart of the home.

Scroll down to read how two local ladies created their own spaces where life’s little moments could thrive.

Rebuilding with a Remodel 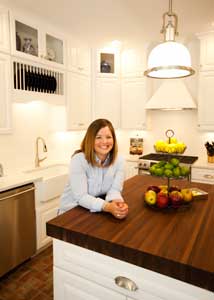 You would never know it after talking with Megan Hoyt, but she and her family took tragedy and turned it into opportunity. About a year ago, Joplin residents Megan and Daniel Hoyt returned to Columbia after their house was ripped apart by the 2011 tornado.

They were in need of a fresh start and a familiar place. Daniel, a surgeon, had completed his residency in Columbia. And by settling in back here, Megan vowed they would take this opportunity to create a home that was truly theirs.

“The house was built in the mid-’90s and was in need of a lot of updating,” Megan says. One casual trip to Designer Kitchen and Baths where she clicked with contractor Billy Stewart later, and a full-blown remodel was in the works.

“I wanted a white kitchen with bead board and an apron sink. He just understood my vision. … It was nice to work with someone who complemented me.” — Megan Hoyt

“I wanted a white kitchen with bead board and an apron sink,” she says. “He just understood my vision. He has a great personality, listens to the clients, and he’s been doing this for 20 years plus. It was nice to work with someone who complemented me.”

The 12-week, four-room remodel came in at a mere $100 over budget and with homeowners who couldn’t be happier. “It’s important to never give false hope and be straight forward and honest from the beginning,” Billy says.

Not only was the experience positive for the whole family, but Megan also knew she had a team working on her home that she could count on.

“Billy was very respectful,” she says. “Up front, he let me know the process, timeline and what to expect. I can’t even express how great it was to work with them. He even hired a housekeeper to come clean my entire first floor after the remodel was finished. Who does that?”

“I wanted to make sure Megan and Dan’s experience was a good one,” Billy says. “I gave them a fair warning that going through a remodel is a bumpy road to help them prepare for it.”

“Ask anyone,” Megan says. “I wasn’t big into cooking before, and now I’m inspired to take advantage of the farmers market and cook healthy meals for my kids. 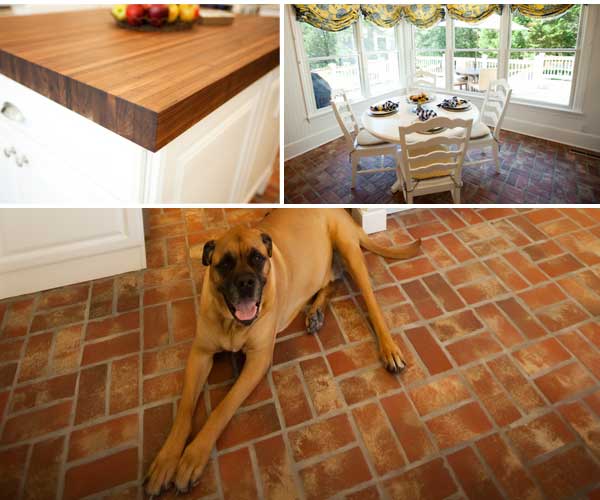 A few of Megan’s favorite things

• Brick floor: This was an element of the kitchen both Megan and Daniel were passionate about. They searched to find the perfect fit that gives their kitchen a Southern flair: a tumbled brick that was the same thickness as tile designed just for them.

• Butcher block countertop: According to Megan, Billy hit the nail on the head with the countertop. It was exactly what she wanted, and she loves how the walnut pops against the cabinets but still holds its own against the brick floor. “We wouldn’t have achieved that same look with wood flooring,” she says.

“I was in a shop and saw these cabinets I now have in my kitchen,” she says. “I knew at that moment I had to have them.” — Barb Schlemeier 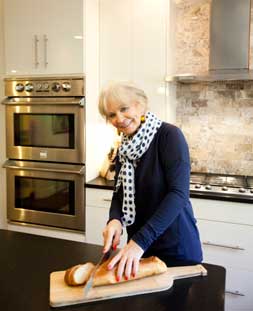 The masterpiece that Barb Schlemeier designed was inspired by a trip to England about eight years ago. “I was in a shop and saw these cabinets I now have in my kitchen,” she says. “I knew at that moment I had to have them.”

The pristine cabinets have a sheen to them that isn’t commonly seen in kitchens. To offset the shininess of the cabinets, Barb chose to go with a honed granite counter top, and she couldn’t be more pleased.

The room’s details were flushed out with the help of her good design friend, Mary Cheavens. Together, they designed Barb’s cooking space from start to finish, and she says she would design it exactly the same all over again. But this certainly wasn’t her first go around. She had designed the kitchens in her two previous homes, and she made her current kitchen similar to her last. “I just tweaked it a little,” she says.

Barb and Mary worked with the craftsmanship of Andy Werth to make sure everything was built just right in the kitchen. “I wanted a walk-in wine cellar that doubled as a cooler, and people thought I was just crazy,” Barb says. “But in the end, we got it done.”

Unlike a lot of women who design kitchens solely for entertaining purposes, Barb chose the layout and details of her kitchen not only for having her family over but also for creating delicious baked goods.

“Barb gets up every day to work out at 4:30 a.m. so she can keep baking like this,” says Barb’s husband, Terry.

And boy is Terry spoiled. Barb has always been a great baker. “I won the Betty Crocker Homemaker of Tomorrow Award in high school,” she says grinning from ear to ear.

She has perfected homemade bread and spent a full year coupling her passion for baking with volunteerism when she partnered with Carole Patterson, Alex George and a number of community members to create the cookbook Secret Ingredient. 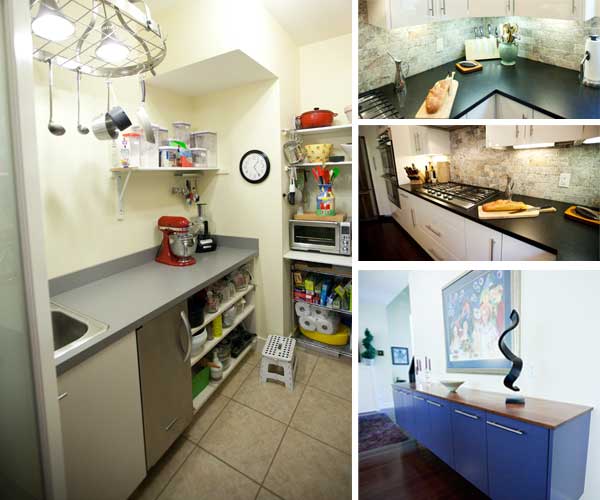 A few of Barb’s favorite things

• Prep area: Barb created a space just off the main part of the kitchen for prep work and experimenting with recipes, complete with singing glass doors. “I had to put frosted glass on the doors because I’m a bit messy,” Barb says.

• Floating cabinet: To flow the cooking area into the dining area, Barb decided to install a cabinet along the wall next to the table. It was a custom piece Andy designed that creates the illusion that it’s hovering above the floor.

Kitchens in Bloom- The Grace’s Kitchen