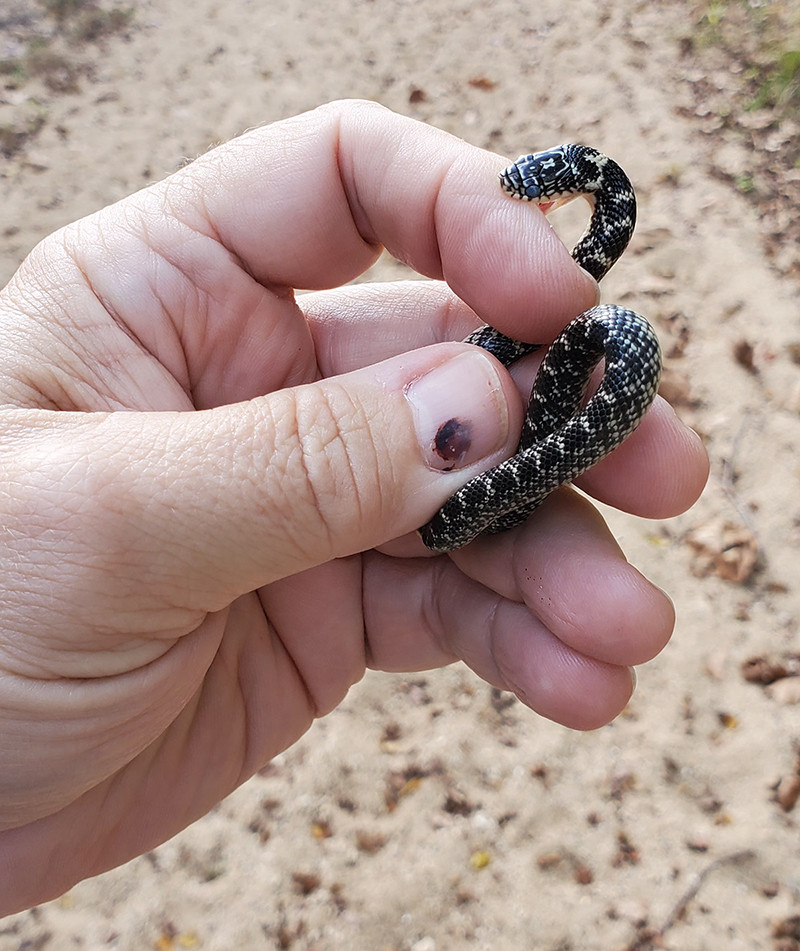 No doubt most of us are all aflutter this week with the prospect that if the Chiefs beat the Bengals this weekend, it will put Patrick Mahomes & Co. in the Super Bowl on Feb. 12. But I’m looking at an equally (if not more) significant event that occurs two days after the Chiefs or Bengals beat the 49ers or Eagles in Super Bowl LVII. Ladies and gentlemen, two days after The Big Game, pitchers and catchers report! Spring training will begin.

(Quick editor’s note: I let all of the COMO Magazine and Columbia Marketing Group staff know this week that I have white-hot hatred for exclamation points which, by the way, is the Americanization of the Brits’ “exclamation marks.” I am making an exception for the offending punctuation to describe the onset of the Major League Baseball season. Did ya hear me, y’all? “Pitchers and catchers report!” Soon. Keep calm and wait for baseball season.)

My list of life goals and interests weighs heavily with baseball and baseball memories. And that’s where Part 2 of “15 things you (maybe, probably) don’t know about me begins. (Catch up with things one through four in Part 1 here.)

5 – If baseball, insects, or snakes didn’t work out, I guessed I’d be a writer.

Back when I was a wee lad, I assumed I’d be a Major League baseball player. After all, I could hit the cover off the ball. (Story to come: I hit two grand slams in one game.) I had a lifetime batting average of .440 and on-base percentage of almost .600. Oh, I was getting on base, but I wasn’t fleet of foot. But I was a smart base runner and, in fact, once got to second base on a walk only because the pitcher, catcher, and shortstop just weren’t paying attention.

I also scored from first base on a sacrifice bunt gone awry and two or three errors, ending with an ill-timed, uber-awkward headfirst slide into home during my stint on the Taco Bell team in the Babe Ruth league (Jefferson City, 1980). I still haven’t quite caught my breath. And, by the way, I don’t recall our sponsor giving us free tacos. Our uniforms looked like the San Diego Padres. A super-cool early 80s look.)

But I knew I wouldn’t be a big leaguer forever (and as it turned out, I was a big leaguer never), so I’d need a job after my career was over. I liked Reggie Jackson, who had attended Arizona State University so, naturally, that’s where I was going to go, probably on a full-ride scholarship with a gang of pro scouts keeping tabs on me along the way. Even better, ASU had one of the nation’s best herpetology programs, and I already considered myself quite the expert on reptiles and amphibians (snakes, lizards, turtles, frogs, salamanders, et al).

Somewhere along the way on my academic journey, I learned that the ASU herpetology program required top-level proficiency in advanced math and science. My self-taught expertise from my chemistry sets (yeah, right, don’t mix canister A with canister B) and biological examinations (dissecting all manner of railroad-killed critters) would not be sufficient. And on account of my utter disdain for the time it was going to take to master even the most rudimentary elements of advanced mathematics—basically because math caused the same anxiety I now experience with kites and ladders—I had to forgo a herpetology career.

My No. 2 choice—entomologist—fit the same academic path as the first one. I’d have to settle for being an amateur snake-, lizard-, insect-, and bug-ologist.

No. 3 on the list (and, yes, there was a list dating back to age 10) was conservation agent/natural history guy. But I could wait to pursue that training until after my playing career was over. There’d be time.

And if all else failed, I figured I could be a writer of some sort. After all, I was writing down lists like these, keeping a journal of forest and creek explorations as far back as 8 years old, jotting down notes about the interesting occupations of the folks in my church and community, and penning essays about the heartbreak of watching my Royals lose to the Yankees in the final inning of the American League playoffs two years in a row. There was also that fifth grade short story, “The Fleas” (yeah, giant fleas) that my teacher, Mrs. Elrod, beamed about. “Exciting story!” she wrote in red ink at the top of my paper, which I’d just written for fun and not as some assignment.

I smiled and told her, “I want to be a writer someday.”

Her matter-of-fact, don’t-you-doubt-it reply sealed my fate: “You ARE a writer. Not someday, but today.”

I once hit two grand slams in one game—one from each side of the plate—in the same inning. Sure, it was high school baseball, and the pitchers for Chamois High School weren’t going to strike fear into anyone, but it was a pretty cool accomplishment.

As the DH for my Belle Tigers team, the feat came in the fourth inning of a game we won 38-0 on our home field, the birthplace of grass stains and ripped britches for many of my early years. Thirty-eight to nothin’. No misprint there.

As a natural left-handed batter (I’m a righty thrower), I was a decent switch-hitter but never really needed to because I hit lefties from the left side at least as well as I hit righties. Coming to bat with the bases loaded in the bottom of the fourth and hitting from the left side, I put the most perfect swing on the fattest, juiciest pitch I’d ever seen. I still remember the swing and the feel of contact that launched the pitch into orbit. Grand slam.

Coming up later in the same inning, the bases were loaded again. I switched to hit from the right side to display my awesome righty-hitting ability to either swing and hit it hard or to swing and miss. I hit a line drive—seemed to be no more than four or five feet off the ground—that whizzed over the left field fence in about a second. Grand slam.

How about three of those in an inning? Well … ugh. I came so close to the opportunity. I was in the on-deck circle when a walk loaded the bases. Again. Before I stepped into the batter’s box, the Chamois coach ran out of the dugout, threw a bandana into the air, and pulled his team off the field.

7 – Give me pitch-perfect harmony.

My favorite music and style? An a cappella choir or quartet (strong mens’ voices required) singing old hymns. Not a huge fan of southern gospel, but that’ll do in a pinch. Just give me pitch-perfect harmony, with or (preferably) without instrumentation. Bliss.

In the past couple of weeks I’ve shown my still new’ish coworkers that I can feel the beat of hip-hop and new (to me) sounds. But let me choose and it’s going to be Big Band sounds of the 40s (think Bing Crosby, Harry James and his orchestra, Glenn Miller, Duke Ellington et al.) and just about anything from the 70s which, in my opinion, is the Golden Age of music. Elton John, Bob Seger, Styx, Queen, The Jackson 5, the Commodores (Lionel Ritchie, please), Foreigner, Journey, even the Carpenters. Creedence Clearwater Revival, the Eagles, Bee Gees, Pink Floyd, Chicago … The bands and artists on my all-time playlists are 70s-heavy.

Only a select few country music artists and songs make the cut. Hey, Shania Twain. Man, I Feel Like a Woman. (Oops, probably too soon after the thing that happened in COMO earlier this week. Message me if you need additional context.)

Brace yourself for this next part. I don’t care for Bruce Springsteen. There, I said it. Fight me. (Actually, I’d rather not come to blows, so I’ll say I love The Boss if you force me to.)

Never, not even once, have I read the books or seen movies about any of the following: Harry Potter, Game of Thrones, Lord of the Rings, or the Marvel universe. Although I saw The Empire Strikes Back from the Star Wars franchise in the theater, I have not—still to this day—actually watched the original Star Wars movie from start to finish.

Does this mean I’m culturally illiterate?

What captures my TV- and movie-viewing fancy? Documentaries about history, baseball, social issues, true crime, and natural history (animals, forests, climate, etc.) Reruns of 70s sitcoms. Seinfeld and The Office. (You know you can’t find Northern Exposure anywhere?) And I’ve seen every episode of Breaking Bad and Downton Abbey at least four times. Sorry not sorry. But that’s probably an indication of a severe dual personality thing going on in my brain.

And I can still quote every line—with a perfectly awful British accent, of course—from Monty Python and the Holy Grail. You can’t say I don’t know a classic when I see it.

Coming up in Part 3 of “15 things you (maybe, probably) don’t know about me.” We were almost on the Judge Judy show. Catch ya on Feb. 1! (Doh! Another exclamation point, and another …)