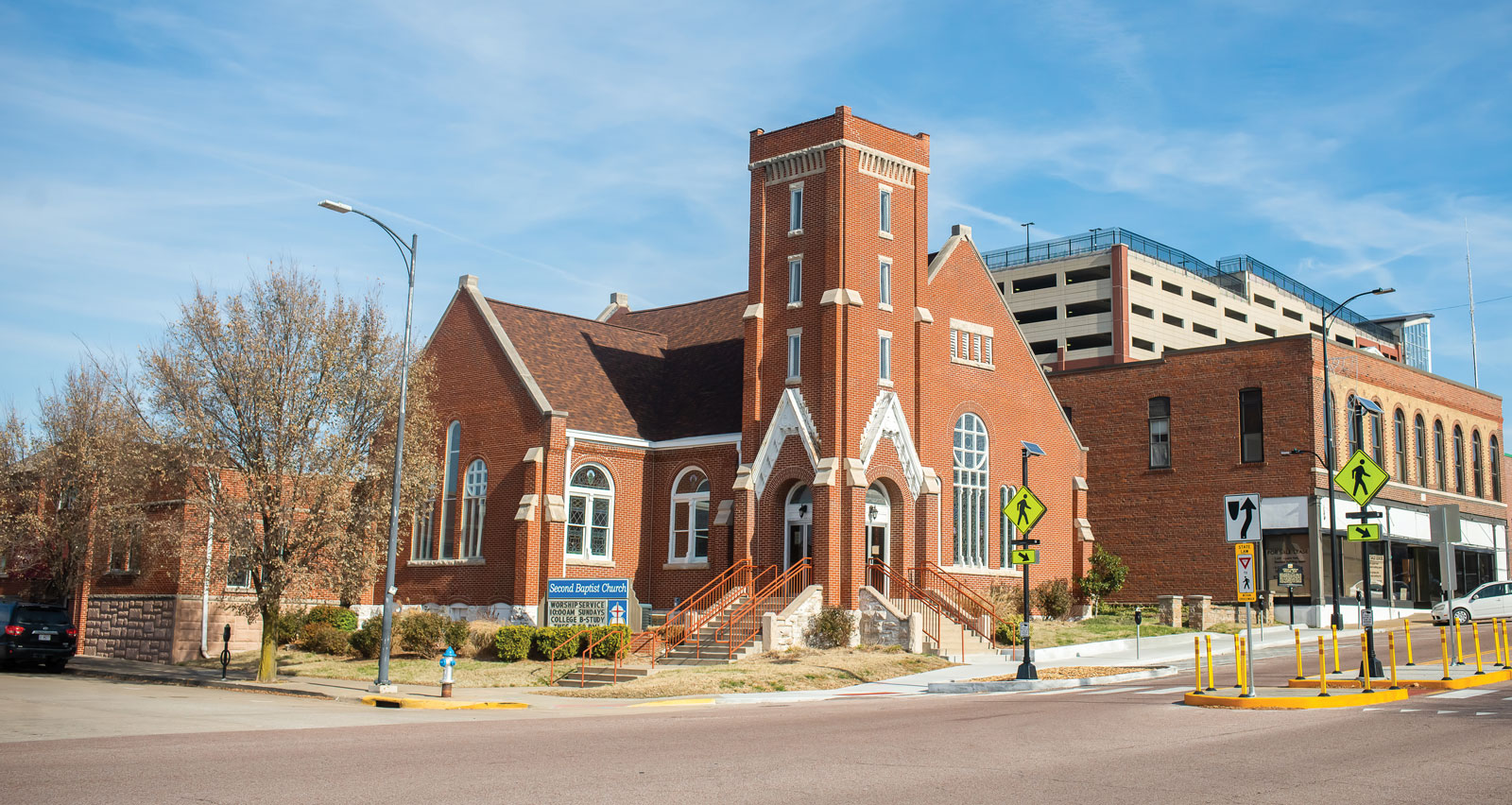 In the beginning: A publisher’s journey 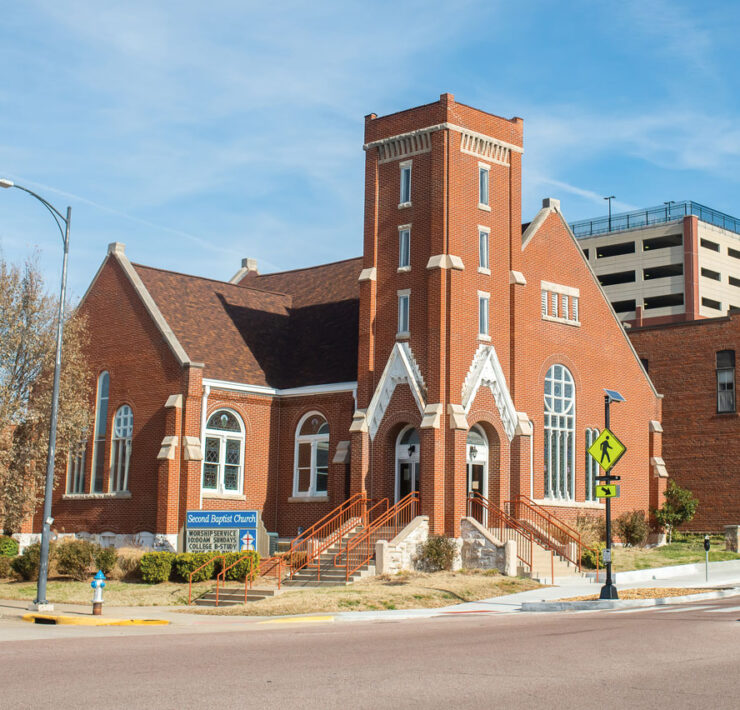 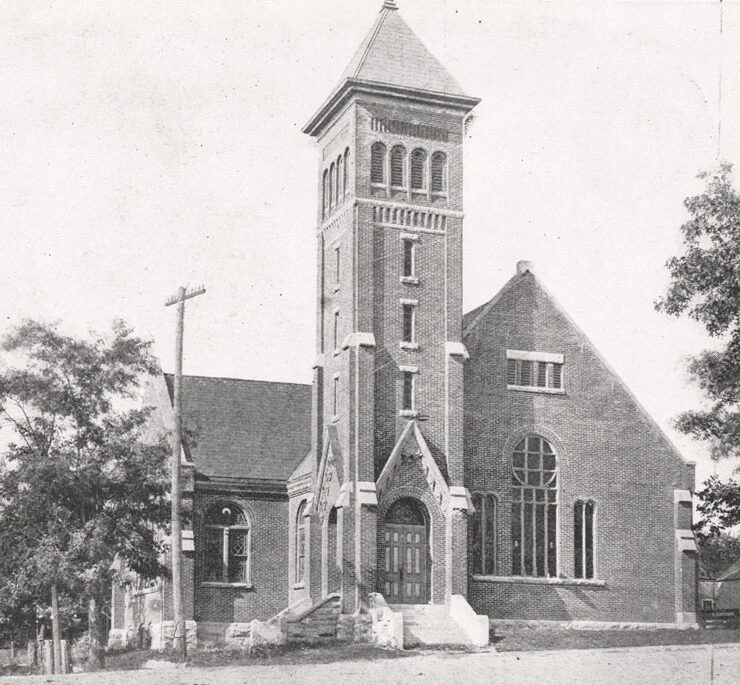 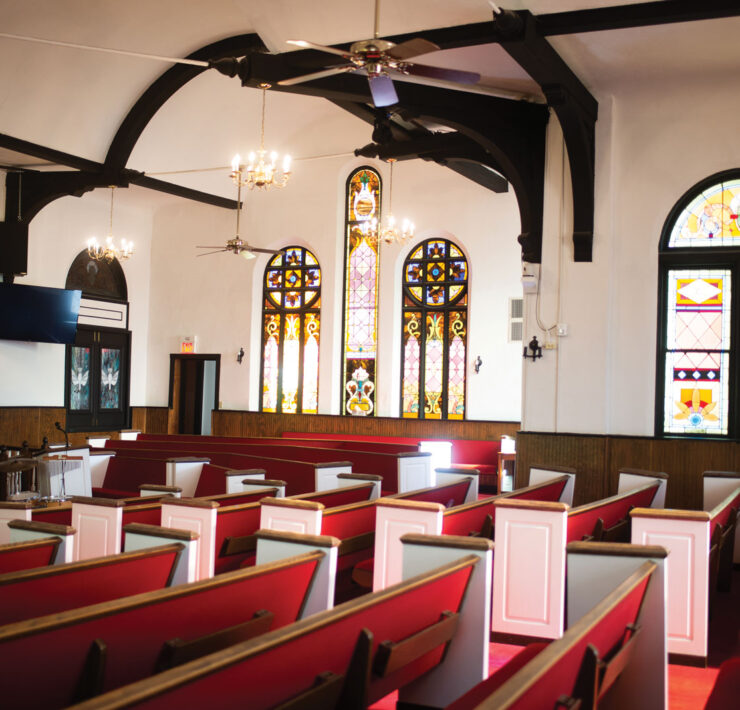 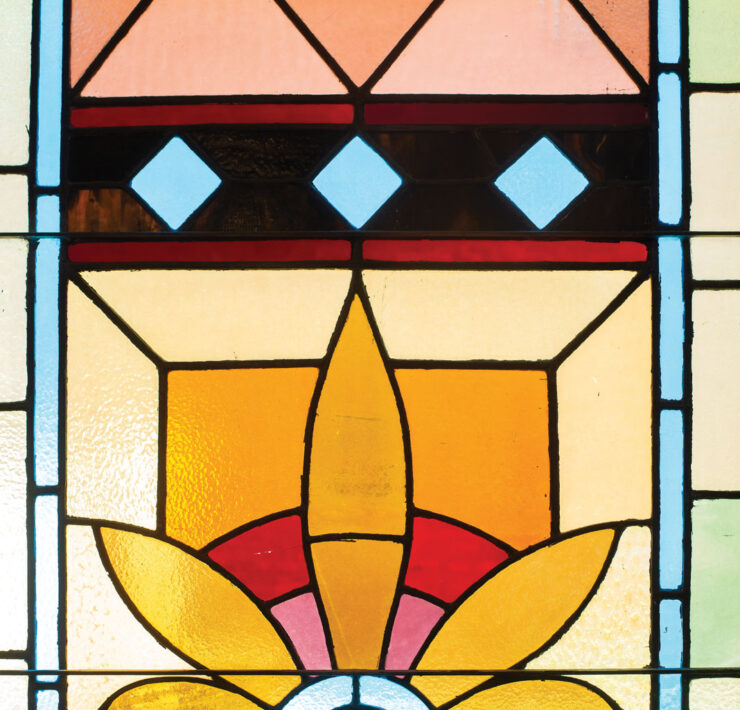 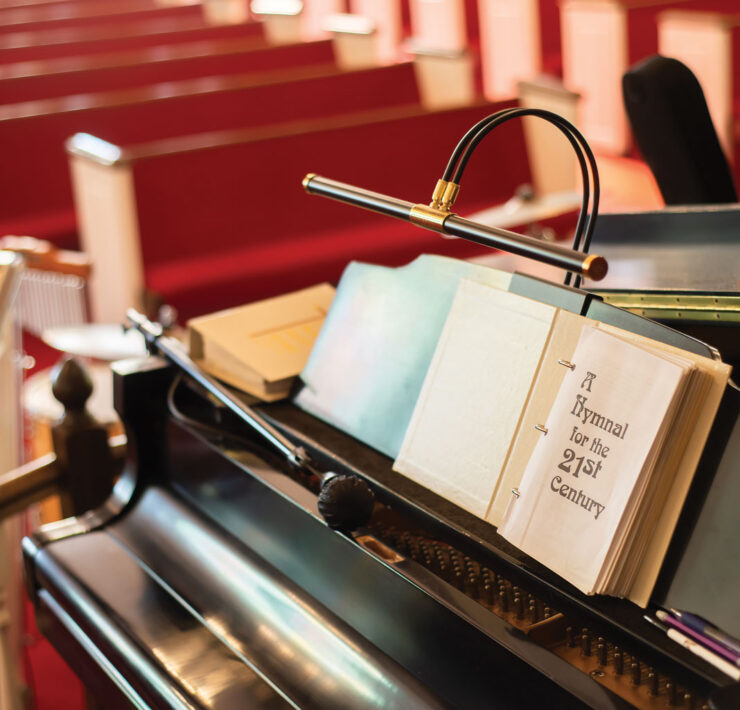 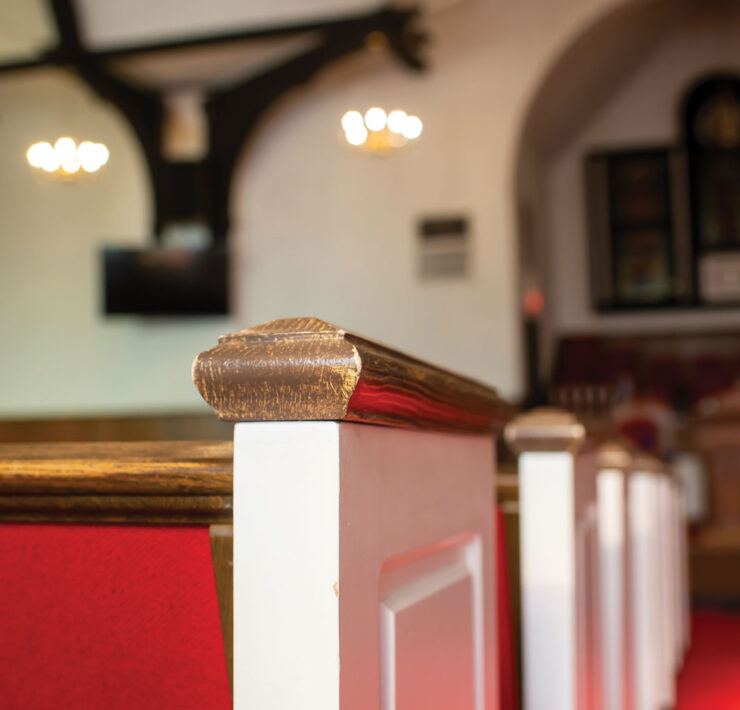 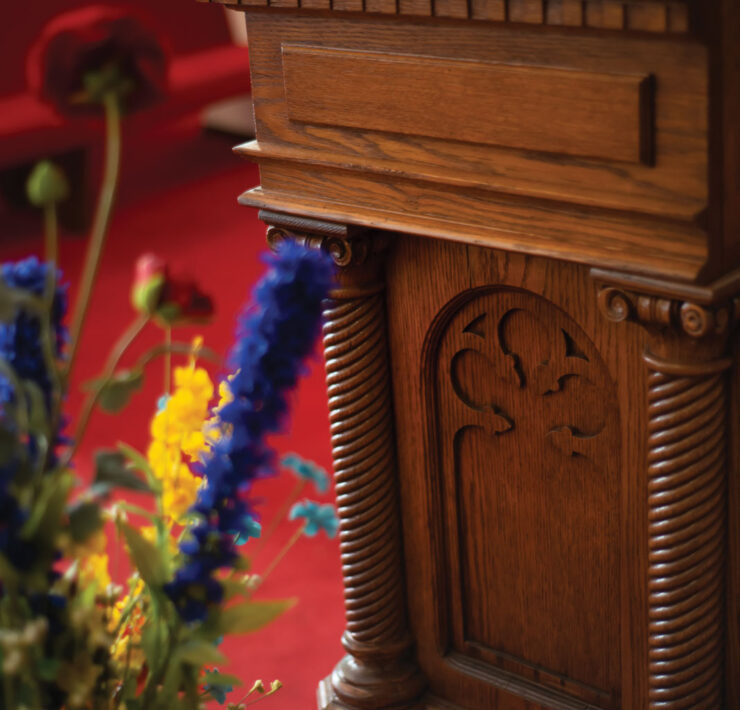 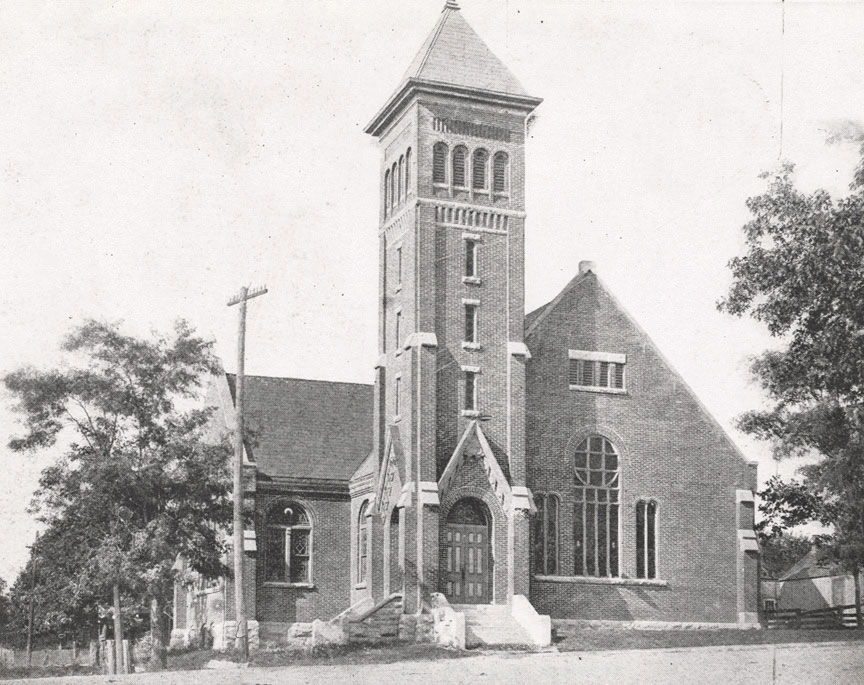 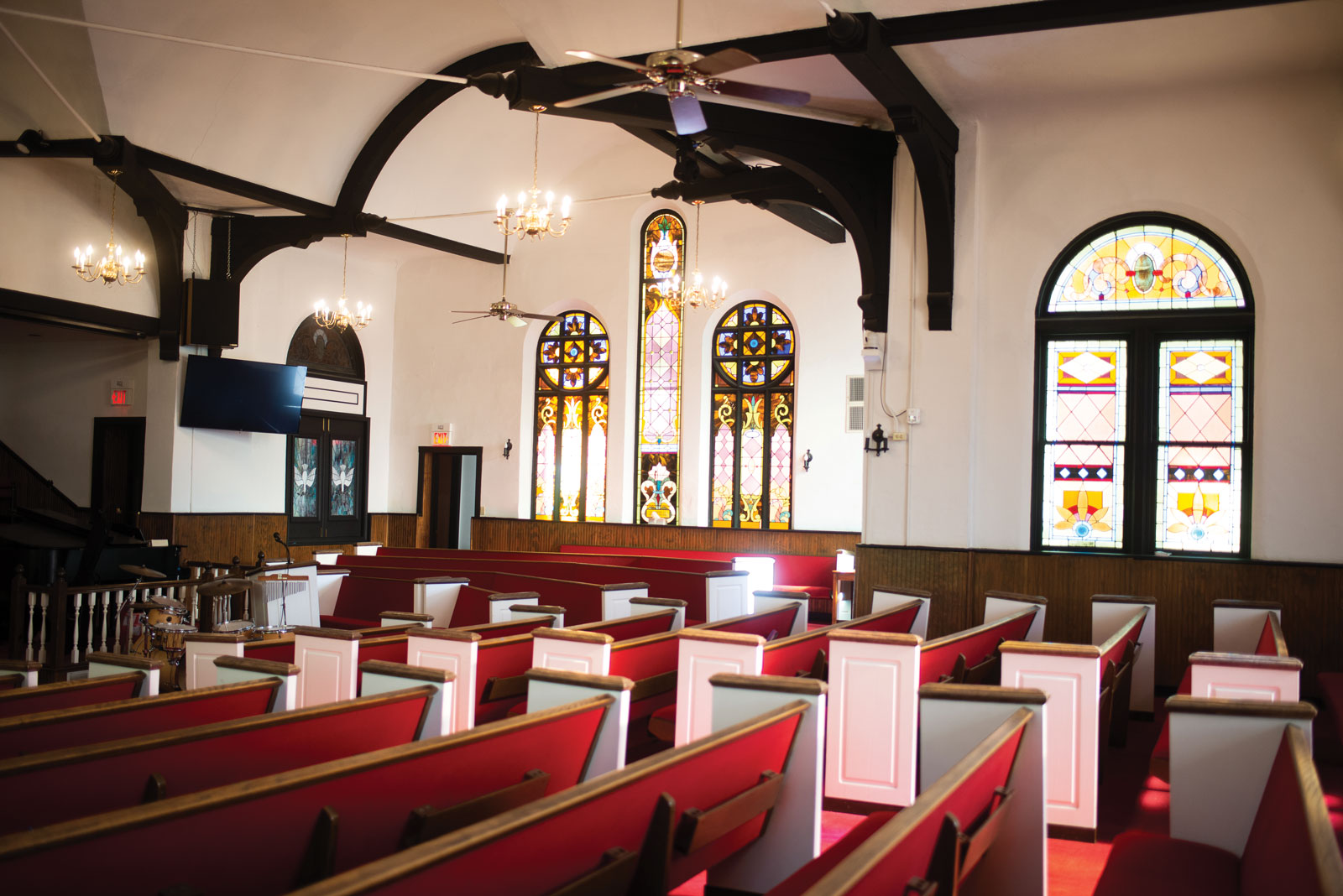 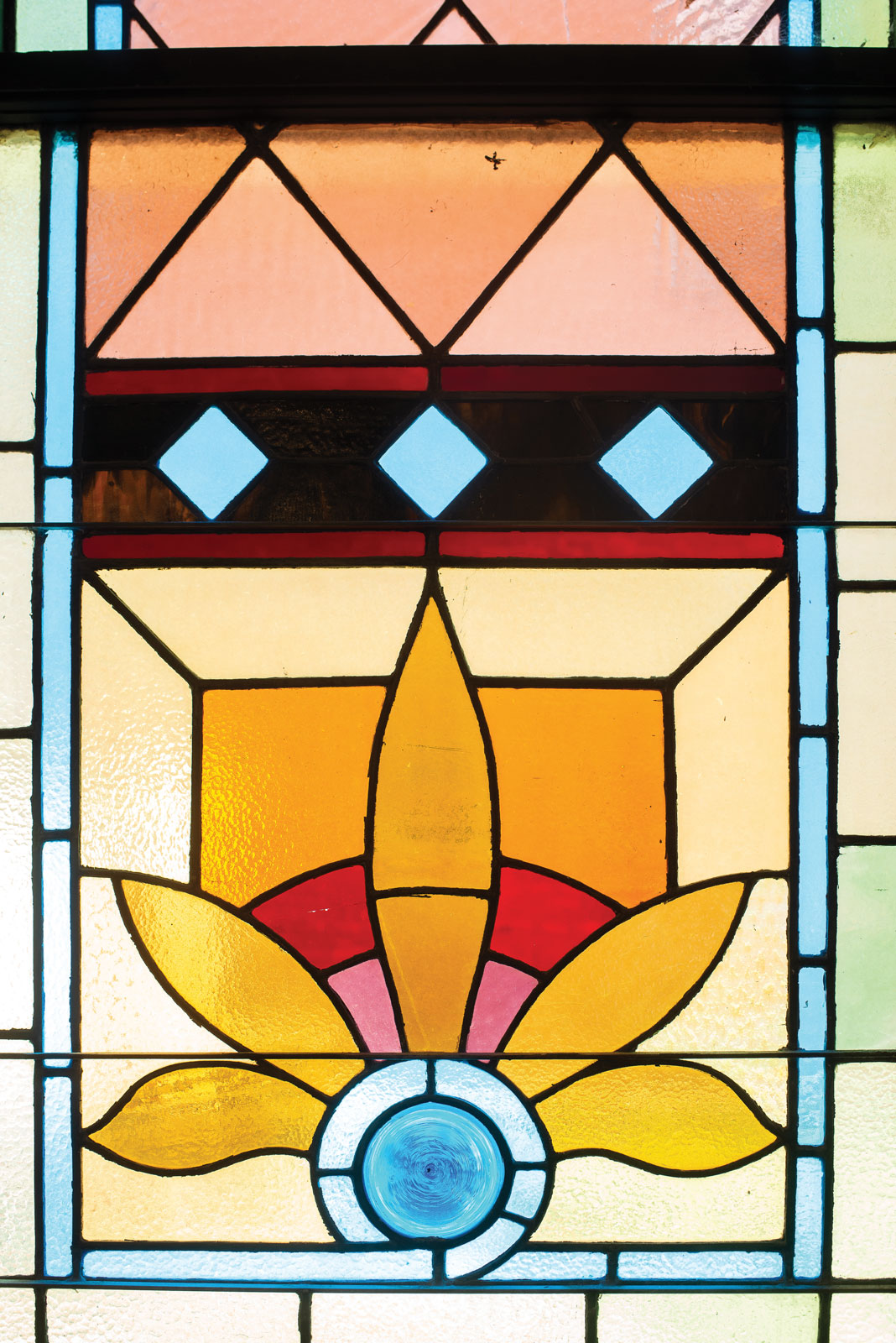 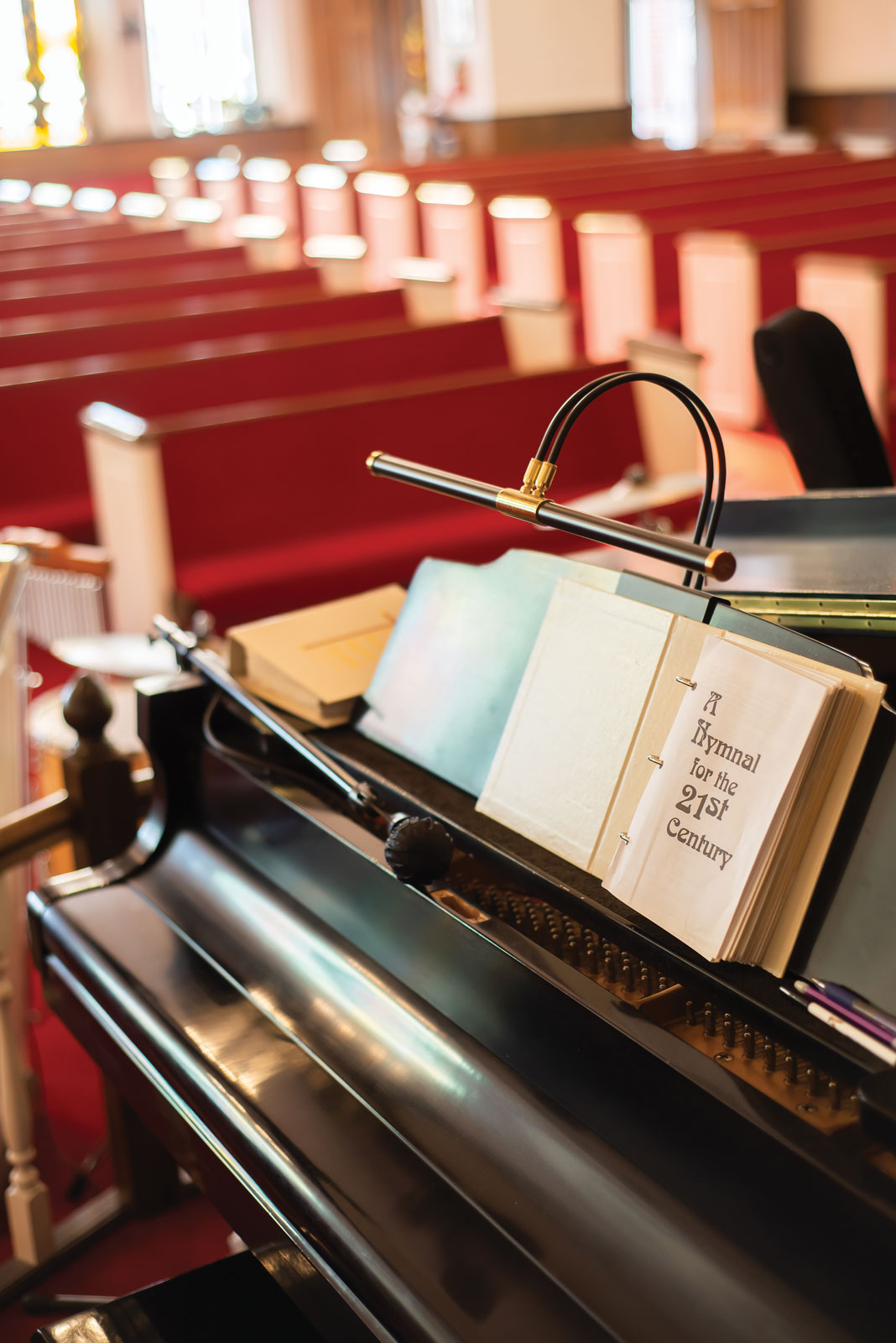 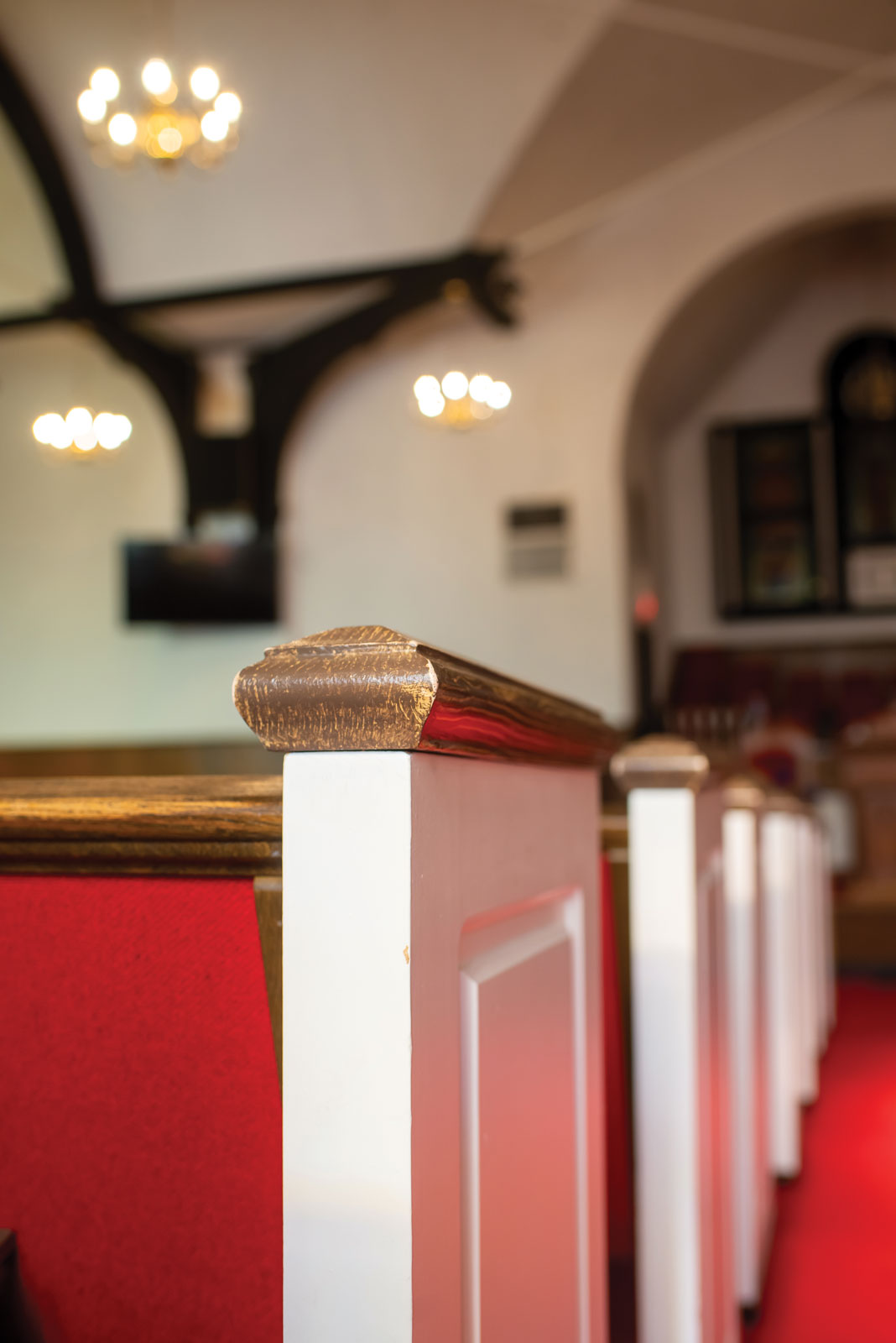 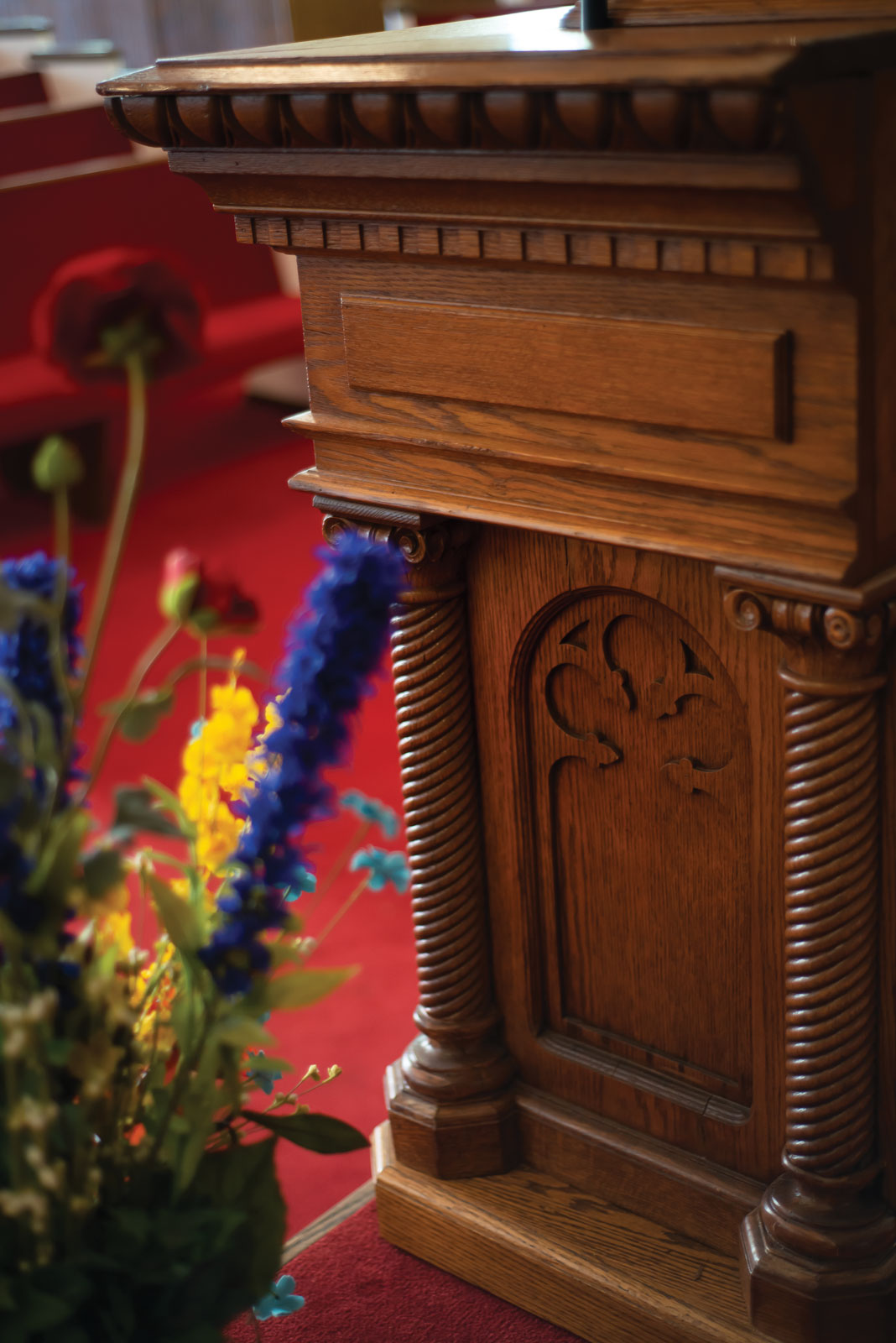 Located at the corner of Providence and Broadway, it’s hard to miss Second Missionary Baptist Church. With historic character and the original stained-glass windows — which have been meticulously maintained over the years — the church, on the National Register of Historic Places, has anchored the corner since 1866.

Oftentimes, churches located in residential neighborhoods consider it an important part of their mission to reach out to the families and children around them, but at Second Baptist Church, the mission is a bit different.

“The church has always been actively engaged in social justice issues and we feel that is our mission,” says Pastor Clyde Ruffin. “As the only African American church located downtown rather than being rooted in a specific residential neighborhood, it changes the role we play in the community into a gathering place in times of social and political unrest. We aim to educate the community on the social and political issues in the time that we live.”

Clyde retired from his full-time position as a professor and chair of the department of theatre at the University of Missouri in 2015, but he continues to serve the ministry of Second Baptist Church. Next year, he will celebrate 20 years in that position.

“We have a long history, it changes and evolves,” Clyde says. “When there is a critical issue, we have people from all walks of life who gather here, and we do our best to promote understanding, education, and unity for the good of the community. I don’t know of any other churches, black or white, that has that calling, a unique position in terms of how we are seen in the community.”

A Deep Connection to Community

With a diverse membership that includes members in their 90s all the way down to infants, Clyde says the church has a significant young adult demographic, including many university students. The membership includes a range of people from different educational and economic backgrounds, and with various life experiences. Though the church is a historically African American congregation founded by recently emancipated slaves and free people of color, today’s membership represents all races.

With its broad membership and unique location in the heart of Columbia, the church takes an active role in supporting, educating, and engaging the community, and takes pride in serving as a place where all people feel comfortable gathering.

“The NAACP operates the local chapter out of our church, the president is a member of our church, we host candidate forums for every election,” Clyde says. “We completed doing voter registration for more than a month leading up to the October election by walking the neighborhoods, registering people to vote. We’ve worked consistently with the city to host financial literacy training, to do special presentations for first-time home buyers. When the Columbia Housing Authority was in the process of planning the new additions to the affordable housing areas, all the meetings were held here at the church in order to attract people who would be most interested in the process.”

The church has also served as a central meeting place, time and time again, when the community has come together to process and respond to tragedy and injustice. When the world saw protests over the killing of George Floyd, Clyde says the church hosted the initial planning meetings for a local response.

“This is the gathering place for not just community issues but national issues where our community wants to decide how to respond,” Clyde says. “That’s happened so many times that I can’t recall. Protest marches always come past the church on the way to the final destination.”

Second Baptist also serves as a convener of diverse congregations and faiths when the community faces critical issues.

“This is just a place to gather where people feel comfortable gathering, where we discuss issues that impact the African American and other marginalized communities,” Clyde says. “When there is a critical issue, we have people from all walks of life who gather here.”

Planting Seeds for the Future

After serving the Second Ward on the Columbia City Council for five years, Clyde says he has a special commitment to promoting understanding, education, and unity for the good of the community. As the spiritual leader of a congregation so deeply rooted in the city, he says his focus is on setting the groundwork for future generations.

“With our congregation as old as it is, our purpose is to plant the seeds,” Clyde says. “We may not even be here to see the full harvest, but we have faith that we’re going to make a significant difference, whether we see it or not. We just do what is right and believe it will come to pass for the betterment of the community, for those lives of the individuals who are impacted by it.”

As he works to continue Second Baptist’s legacy, Clyde says a new sense of focus on the future is one of the most significant changes he’s seen in his years at the church.

“We came out of the pandemic with renewed commitment to build a legacy and develop leadership for the next generation,” Clyde says. “Every ministry in our church is committed to recruiting and developing youth and young adults in leadership positions.”

As he prepares for the congregation’s future, Clyde has also made a concerted effort to document the past. Historically, many African American churches did not keep their records on site. Instead, they were often kept in private homes by church clerks. When those clerks passed away, the documents they kept were often lost.

“It’s difficult to really document the ongoing history,” Clyde says. “I’ve spent the past 20 years rewriting the history to document and expand our history, and we’ve done major work in terms of that project. We now have an extensive archive of every single thing that has happened here. We have a huge paper trail from the past 20 years.”

Just as he has committed to documenting the church’s history, Clyde is also committed to preserving the physical space the church occupies. The stained-glass windows have been maintained at a significant cost, and Clyde has set his sights on rebuilding the bell tower that once adorned the top of the church.

“I am committed to restoring the church to its original look as it was constructed,” he says. “I have a photograph from 1917 of the bell tower intact. There is no one living who can remember how or when it was destroyed, but we’ve applied for federal grants and hopefully we can restore it in the next four or five years.”