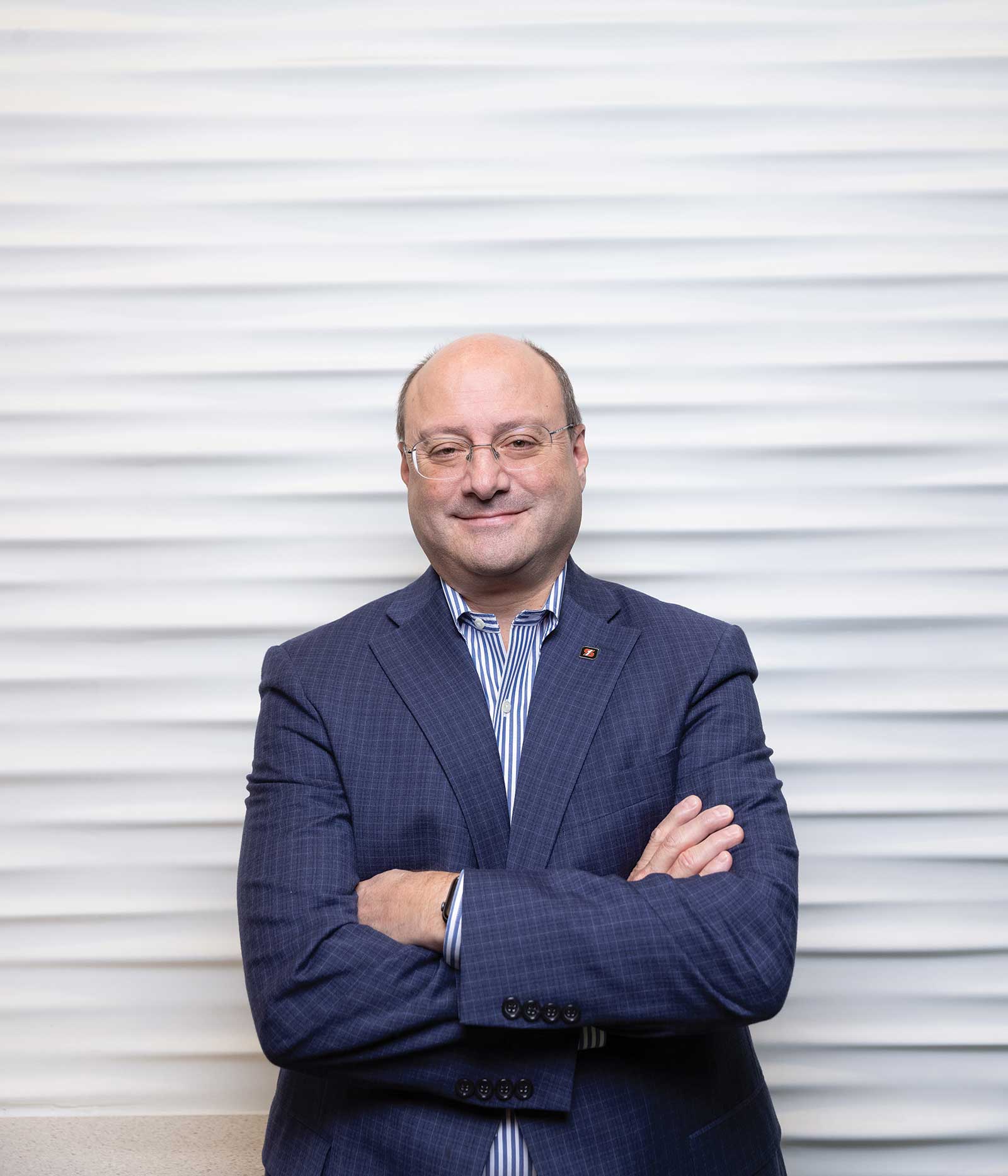 Simmons Bank may be a relatively new name in Columbia, but most of the people serving customers are familiar faces.

The Civil War ended in April. The first public university west of the Mississippi River, the University of Missouri, is 26 years old. On the northeast corner of East Broadway and North Eighth Street, Exchange National Bank opens its doors to a growing Columbia. And so the history of that corner bank begins.

Mergers and acquisitions are part and parcel of the banking industry. They provide inorganic growth of capital and assets while offering a way for banks to grow organically by increasing their customer base. It has been this way for a very long time.

Simmons Bank, based in Pine Bluff, Arkansas, has a distinguished history of its own, including making Fortune’s list of fastest growing companies in 2020 and Forbes’ list of best banks in America and the world in 2021. Founded in 1903, Simmons began acquiring other banks in 2010 as it looked to grow. In 2019, Simmons started a conversation with Landrum Co. and its Landmark Bank family. February 2022 will mark two years since Landmark converted to Simmons. The timing was memorable.

Change is never easy. It’s human nature to get comfortable with the status quo. So, when something changes — like the ownership of a bank, for example — some people worry. Matt Williams, regional market president for Simmons Bank in Columbia, says this happens with some customers in every ownership transition. But in 2020, there was little semblance of status quo in any aspect of life.

Within 30 days of converting to new ownership, the entire country had to change the way it did business.

“Our staff was squarely in the middle of learning a new operating environment and new systems [when the pandemic hit], which was extremely challenging,” Matt says. “But I will tell you that I am extremely proud of our staff for the job they did of taking care of our customers and each other during such a challenging time. I think we came through last year and really emerged stronger because our team had a clear focus on what we had to do.”

Pandemic or not, what customers do see when banks change hands are new services. Matt says that Simmons has made significant investments in the development of mobile and online banking digital platforms, which now benefit Landmark’s former customers. Simmons also brought along its branded Visa card, which was named the best low-interest credit card by CardRatings.com in 2020. Customer benefits were at the heart of Landmark’s decision to merge.

Matt, a well-known regional banker in Columbia for the past 30 years and regional president for Landmark Bank before the merger, says Landmark did an analysis as part of a strategic planning process in 2019. As an independent bank for a very long time, Landmark made a critical decision.

“After that analysis, Landmark decided that becoming part of a larger, growing organization like Simmons — with more resources, more technology and products — was really what was going to be the best long-term opportunity for Landmark’s customers,” Matt says.

Another of those opportunities, while on the subject of “change,” is Simmons’ Coin Checking mobile app. It’s a completely digital banking option for those who don’t demand the brick-and-mortar banking experience. The increase in digital technology and the arrival of Millennials as the largest generation are two reasons for such growth throughout the banking industry. Throw in a pandemic, where bank lobbies were closed and staff worked remotely, and the timing of Simmons Bank’s arrival in Columbia helped Landmark’s former customers bank with ease.

Technology and the Human Factor

Banks have to strike the perfect balance between technology and personal relationships. It’s one of the few industries where the same products and services must work for customers from 18 to 118 years old.  There is a wealth of differing opinions across that generational expanse.

“There’s nothing quite like the relationship between a banker and their customer,” Matt says. “That necessary trust and partnership is every bit as present with Simmons as it was with Landmark. But you also have to provide the technology that customers are seeking.”

Health and safety concerns related to the pandemic pushed some digital-reluctant customers into the 21st century. Nonetheless, Simmons wants to make sure the personal relationship remains intact.

In a recent issue of Digital-First Banking Tracker by PYMNTS.com, an online industry publication, Sabrina McDonnell, Simmons executive vice president and chief customer experience officer, addressed the challenge of providing digital banking options while maintaining a personal touch, whether that’s in person, via video, or on the telephone.

“If I can’t do it myself and I need personal assistance, I want a person on the other end of the phone who is empathetic, intuitive, and is ready to assist me,” Sabrina said. “And that combination is really what the customer relationship is all about.”

Part of that human touch is hearing the same voices and seeing the same faces at Simmons that customers heard and saw for years at Landmark.

“Simmons has a history in their acquisitions of keeping local management teams in place and running banks with the people who led them when they were acquired,” Matt says.

In the case of the Simmons and Landmark merger, Matt says the people are the overwhelming strength of the institution.

“Simmons really saw great value in the leadership team at Landmark,” he says. “You’ll see that reflected here where the same leaders drive market strategies and decisions are made locally, but also throughout the company. Many Landmark leaders have taken on greater responsibility in the Simmons Bank organization.”

Matt says that banks are incredibly important to their communities. They provide financial support, employ people who volunteer for local causes, and are driven by a desire to invest in the community itself.

“I’ve never seen a better cultural fit than Simmons and Landmark,” Matt says. “Both banks had this really long history and commitment to serving local communities and to providing financial support to those communities. Our belief in community banking, now combined with our new size and scale, allows us to take care of our customers the way we always have in the past, but also to offer additional products and services.”

There’s a new name on the building at Broadway and Eighth. What has remained the same since Exchange National Bank started lending money and accepting deposits is the commitment to Columbia’s residents and businesses, and to the people who serve them.

The former Landmark Bank might be under new ownership, but the same people who have been there for years are still serving its customers.

“Our people are always the thing that makes the difference,” says Matt Williams. “We’re really lucky to have a really great group of talented and tenured bankers who have been taking care of our customers for years.”