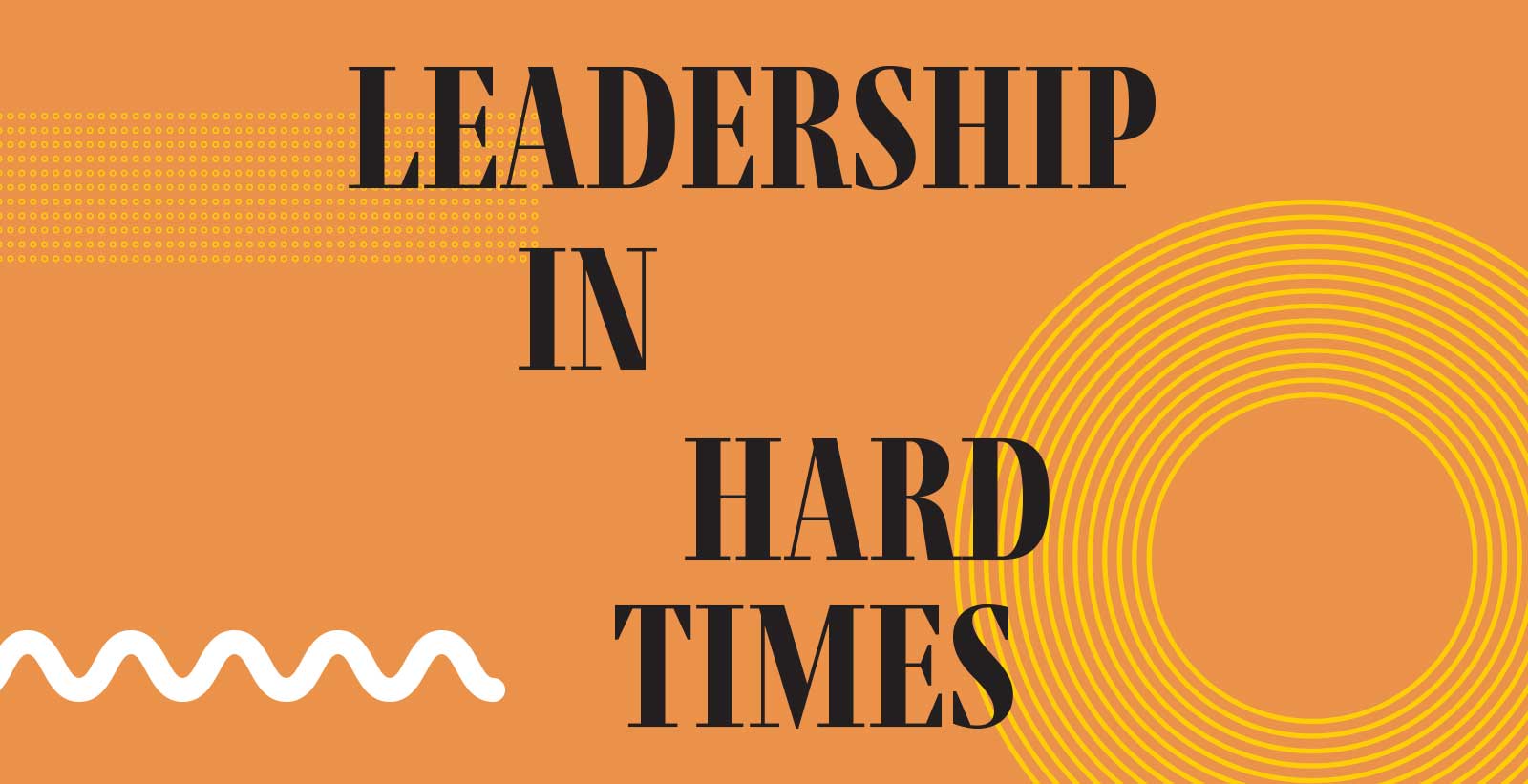 Columbia public school board members are regular members of the community who answer a call to serve in an extraordinary way.

Leadership has never been tougher. Few want to assume the responsibility of leading a tee ball team, let alone a school district as complex as Columbia Public Schools. Anyone who dares to lead is subject to intense scrutiny and multitudes of second guesses. Nonetheless, the seven intrepid members of the CPS board placed their names on the ballot, asking voters for permission to serve.

“Our school board members were elected by the community, and they represent the voice of the community. So, as they’re speaking, they’re actually speaking for the community, for the individuals out there that elected them,” says Dr. Brian Yearwood, the newly appointed CPS superintendent. “Their role is to ensure that those community voices are heard in their decisions, in their actions, while also balancing those voices with what’s in the best interests of our scholars on a day-to-day basis.”

If children are our future, some people must be willing to take leadership roles to make sure kids are prepared for that future.

Many Speakers, One Voice

The eligibility requirements for the CPS board are broad. Candidates must be U.S. citizens at least 24 years old, a voter in the district, and a Missouri resident for at least one year. They must have their taxes paid and file all campaign disclosures required by the Missouri Ethics Commission for any previous elections. They can have no felony convictions and cannot be registered or be required to register as a sex offender.

According to the Missouri School Boards’ Association, boards of education largely oversee district policy, financing, and long-range planning. Each member has an obligation to express their own opinions while respecting those of other members of the board. In the end, the board should arrive at a collective decision and speak with a singular voice. In these times of extreme division at all levels of governance, crystallizing that united vision may be the most challenging job of all.

“I don’t think one individual’s goals should ever direct how the board or the district operates,” says Blake Willoughby, a board member who has spent 50 hours engaging with students, parents, and teachers in discussions on a range of topics. “We need to have a collective set of goals in order to work together as a strong collective. “

“Trusting communicative effort is a work in progress,” says board member Della Streaty-Wilhoit. “While individuals will not always agree, having the opportunity to voice your opinion is always a positive. I believe the board is advancing in open dialogue with CPS stakeholders to understand better the issues facing educators, scholars, and administrators.”

Decision-making in the Time of COVID

School boards routinely make decisions on polarizing issues. In a school district that serves more than 18,000 students, employs nearly 3,000, and has a 2021-2022 operating budget of $348.5 million, dealing with community divisions is part of the job. But the COVID-19 pandemic brought differing opinions to a whole new level, and the need to protect students, faculty, staff, and community health and safety was front and center.

“The last time public schools were not conducting in-seat education for such an extended period due to an illness was likely 1918. That means the manual on how to navigate such an event was slightly outdated,” says board member David Seamon. “Developing, executing, and supporting mitigations and education plans in a rapidly changing environment continues to consume a large portion of our time.”

Hopes for a return to normal this fall were thwarted by a resurgence in cases spurred by the highly transmissible Delta variant. Opinions regarding public health measures designed to slow the virus are virulently divided. Masking, social distancing, and quarantine recommendations change as more is learned about transmission. Although vaccination rates among the eligible population in Boone County are the highest in the state, infections rage among the unvaccinated population, putting everyone at greater risk.

For the board and superintendent, physical and mental health and safety drive decisions. One of the board’s newest members, Jeanne Snodgrass, understands the gravity of the board’s pandemic policies.

“With three school-age children, we have had to deal with all the ups and downs of virtual and hybrid schooling as well as the concerns for safety, for us and for the community,” she says. “In my job, I also dealt with the challenges around how we provide support and programming to students while taking care to balance mental and physical health needs.”

After pivoting on the fly to address student learning during the 2020-2021 school year, CPS leadership hopes to improve student access to remote learning if the need arises again. CPS serves students in a district that is urban, suburban, and rural. In some rural areas, cell phone reception is sketchy and high-speed internet is nonexistent. It’s an issue the board wants to address but can’t solve on its own. It will work with government, business, and the community to find solutions.

“The bottom line is that there should be no scholar anywhere in Columbia Public Schools that does not have access to our educational process,” Brian says.

The pandemic hasn’t been the only event in the country that shined a harsh light on equity. Some CPS students carried that torch to district leadership, asking that equity become part of the CPS mission. In October 2020, the board adopted an equity statement. The commitment to diversity, equity, and inclusion will be woven into the strategic goals and objectives the board will include in the new five-year plan required by the Missouri Department of Elementary and Secondary Education.

“I firmly believe that we are uniquely positioned to be a model of an equitable school community where all students can thrive, particularly those who have been historically excluded from a fair and just education,” says board member Katherine Sasser.

That sentiment is echoed by board member Chris Horn, who believes every school in the district should be equally excellent.

“For Columbia Public Schools, I envision the elimination of the notion that any school in this district is better than another,” he says.

Perhaps the energy of a relatively young board of education and a new superintendent is precisely what will carry CPS through unprecedented challenges.

A Snapshot of the CPS Board

The CPS Board of Education features diversity in gender, race, age, and personal and professional backgrounds. Two members have no children enrolled in CPS. The other five have, had, or will have a combined total of 11 kids enrolled. Members report anywhere from two to 12 hours spent on board activities weekly, with many weeks in the eight to 10 hour range. They are not paid for their service on the board.

Board president Helen Wade was first elected to serve in 2011 and is now in her fourth term. She is a partner with the Columbia law firm Harper Evans Wade & Netemeyer. The other six members were elected in 2019, 2020, and 2021 — two members per year, each for three-year terms.

Della Streaty-Wilhoit and Blake Willoughby were elected in April 2019. Della, retired from the National Park Service and owner of an employee training and consulting firm, has a special interest in science, technology, engineering, arts, and mathematics, or STEAM, education.

Blake, a doctoral student, was working as a graduate assistant at MU, an account specialist at a law firm, and a personal shopper at Hy-Vee during his first year on the board. He has a particular interest in special education in Columbia schools.

Chris Horn and David Seamon were chosen by voters in a delayed election in June 2020, as the COVID-19 pandemic was beginning to ramp up. You might say their initiation was trial by fire.

Chris recognizes the impact the schools have on the entire community and wanted to serve Columbia by sitting on the board. He manages account executives responsible for reinsurance portfolios in the United States, the Caribbean, and Central and South America.

David and his wife, Nicole, were high school students at Rock Bridge High School when they had their first child. He says the support they received from faculty and staff then was critical to their success and he wants to give back. David is an operations manager for Scholastic.

The pandemic was in its early stages when Chris and David put their names on the ballot, but Katherine Sasser and Jeanne Snodgrass, elected in April 2021, knew exactly what they were getting into when they ran for election.

Katherine is a former CPS middle and high school teacher who believes serving is an ideal way to invest in the community. She is partnership director with Equal Opportunity Schools, whose mission is to ensure that students of color and low-income students have access to the country’s best schools.

Jeanne placed her name on the ballot because she’s passionate about public education. Building equity in the district and bridges between CPS and the community are of her two key goals. She serves as the executive director of the Jewish Campus Center, Mizzou Hillel.

Both Katherine and Jeanne each have three kids enrolled in CPS.