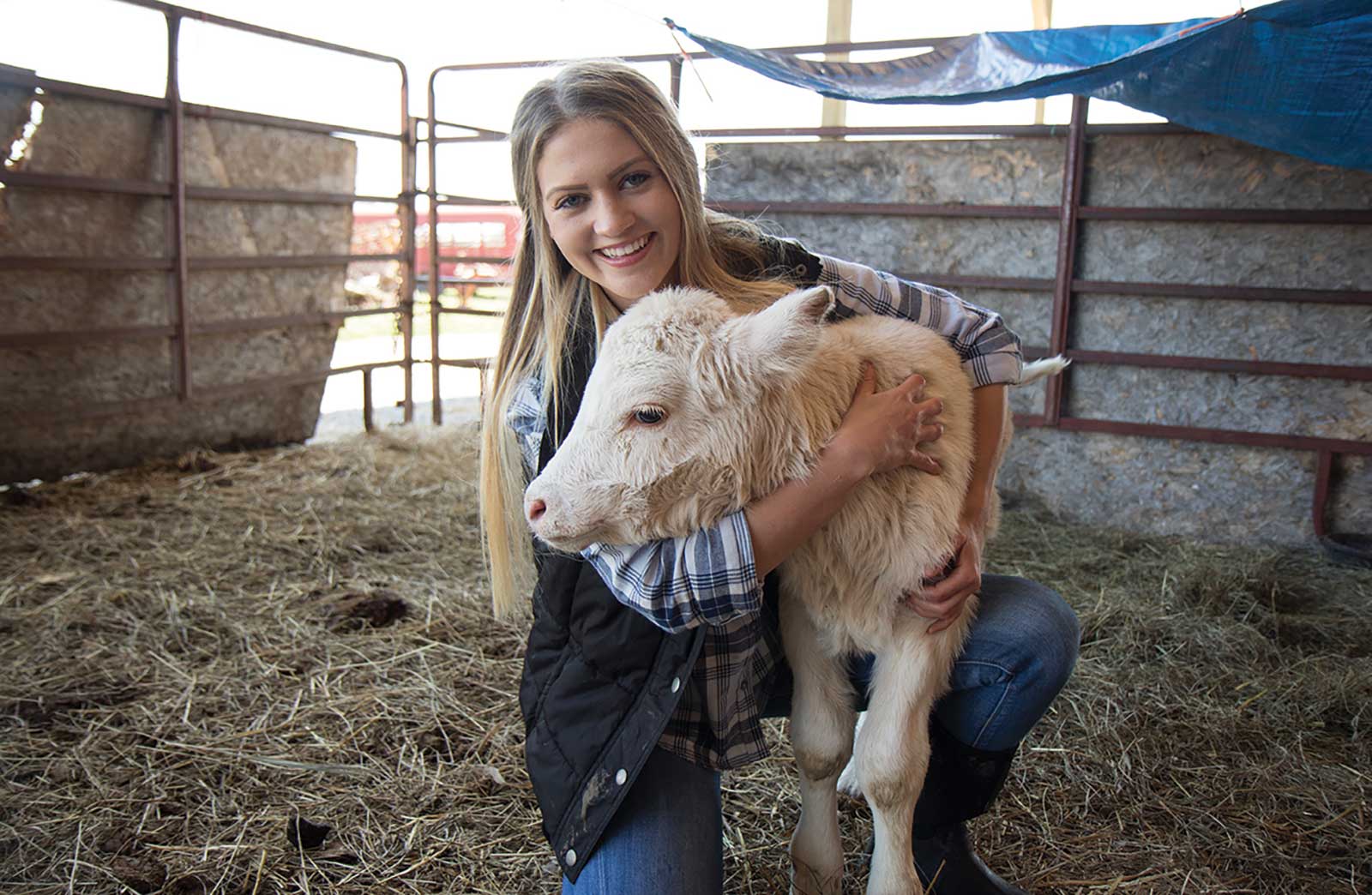 At Home at Timber Ridge

Calving Technologies sets out to make the miracle of life a bit safer for cows.

The miracle of life is a strange, beautiful, and sometimes terrifying ordeal for humans and animals alike. However, most four-legged mothers don’t typically give birth in a hospital, making delivery a dangerous and often life-threatening experience.

This is the issue that Libby Martin, Paula Hodges, and Fardis Najafifard have set out to fix with their company, Calving Technologies.

Growing up on her family’s cattle and hay farm in Clarksburg, Libby quickly took a shine to animal science and wanted to help other farmers who, like her family, had experienced issues and losses when it came to new members of the herd being born.

“One thing our family has always had problems with is dystocia in Charolais cattle,” Libby says, referring to the phenomenon that occurs when a calf is awkwardly positioned during birth. Dystocia often happens when a cow is giving birth for the first time, and it can be life-threatening for both the calf and its mother. “I kind of just started brainstorming ideas of how to reduce that, which is the idea behind Calving Tech.”

After earning degrees in animal science and entrepreneurship from MU in 2018, Libby became serious about the idea of creating software and hardware to assist farmers during calving season. She began reaching out to local prototypers just to see if her ideas were even possible when her cousin, Paula, came on to the company a year ago.

“That’s when things got a lot more serious and structured,” Libby says, “She’s the business powerhouse. I’m more the animal science gal, and she’s more of the business, strategy, and fundraising side of things.”

Paula, who is 12 years older than Libby, got her start in nonprofit management and political strategy and now has her own consultancy working with national organizations. Although she may be business-minded, Paula is no stranger to agriculture, as she grew up on the same family farm as Libby did. Paula laughs when she talks about how  she paid for her first car showing steer, sheep, and pigs at the county fair.

Around the same time, Calving Technologies’ third partner, Fardis Najafifard, joined the company. Fardis has a PhD in mechanical engineering, which Paula says “brings a whole other set of skills to the company.”

She adds: “That’s the secret sauce to business and strategy. Not having a bunch of like-minded people and bringing in different skills.”

The idea behind Calving Technologies is to create an algorithm and, eventually, software that can help farmers know exactly when their cow will give birth in order to get there quickly and assist during the delivery, ensuring that both mother and calf are safe and healthy.

Libby explains that they have yet to acquire a patent, so it’s important that she doesn’t share too much with a broad public audience.

“Essentially, a lot of different biological and physiological changes happen when a cow is close to calving,” Libby says. “For example, she’s going to stop eating, the cow’s temperature is going to change, and [she] is going to want to isolate herself away from all of the other cows and just be alone — that can look like going to the farthest corner of the pasture as possible. There are other things, like maternal behavior [such as] nesting and vocalizing up and down. There are some very obvious changes that occur which, for us, is helpful when you’re trying to do machine learning and algorithms. We now have a data library of this type of behavior, which is the backbone of building the algorithm. With machine learning, the more times you see this, the better it becomes.”

Libby has done loads of field research, both with and without hardware, and laughs as she says, “In the last few months, I’ve watched way more hours of cows and calves than anybody else on this planet probably has.”

Despite all of this, Calving Technologies is still a ways away from creating a viable product.

“The hardware — the actual device, the sensors — that market is not there yet. The cost is too high,” Paula explains. “So we’re trying to focus on the predictive software so when that market gets there, and it will, we’ll be ready. We’re many years away from that, but what we’re banking on is that we will have precision software, like an app, that can be layered onto a larger device.”

Though the Columbia area has been more than helpful with the ventures Calving Technologies has embarked upon so far, the team knows that one day they will have to expand beyond the area. Paula says that although the software’s early adopters will likely be large, corporate farms, they got into the business to help the smaller farms like the one they grew up on. Libby, Paula, and Fardis are all very grateful to the Columbia ecosystem and all the support it has provided them so far. They take time to especially thank the staff at MU, Stacey Button and Jay Sparks at REDI, and early investors such as Bill Turpin and the Missouri Tech Accelerator.