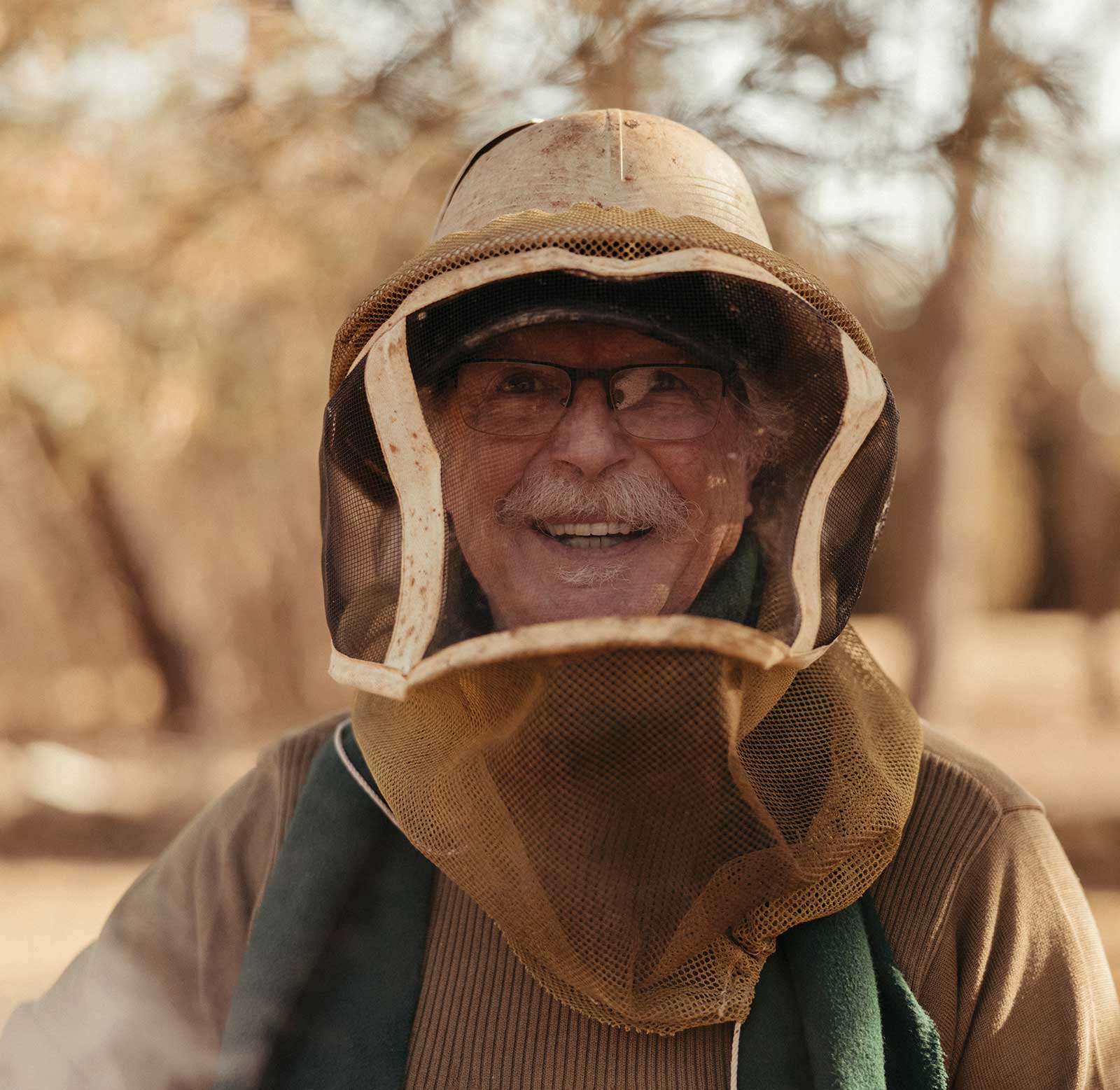 Turning Over a New Leaf

From Culinary to Apiary: How Jacques Laboile transitioned from chef to beekeeper and owner of Bonne Femme Honey Farm.

On a small, unassuming plot of land on the outskirts of Columbia, chef-turned-beekeeper Jacques Laboile works on the apiary he built, Bonne Femme Honey Farm. His “home yard” houses 45 deceivingly quiet hives during the winter, the cold weather keeping the bees in but far from inactive.

“The bees’ metabolism slows down in the wintertime, but they still have to make honey to feed themselves,” Jacques shares. “They form a cluster to mostly stay warm, but as soon as the temperature reaches about 50 degrees, they start flying around and take what is called their cleansing flight.”

Jacques was raised in the southeastern town of Cadaujac, France, and still carries a thick accent. He remembers learning at an early age to eat from the land – taught to garden by his mother and to hunt and fish by his father. Jacques reminisces, “The first time I was exposed to beekeeping was at my father’s best friend’s apiary, and I thought it was quite interesting.” It was not until several years later that he discovered the avenue to pursue that interest.

After receiving his culinary degree, Jacques moved to Missouri in 1973 to work as a chef at The Lodge of Four Seasons at the Lake of the Ozarks, where he also met his wife. In 1990, he moved his family to Columbia, Missouri, and worked as a chef at the University Club at MU. There he met Chris Gibbons, a colleague whose mother, Sharon, needed help at the apiary she owned in Rocheport. Jacques was happy to oblige.

Beekeeping has a steep learning curve, something Jacques quickly came to realize when working his first week with Sharon. “I remember vividly that my first bee sting was on top of my head. A bee had snuck in under my veil — he was a memorable stinker, really,” he shares, chuckling. Jacques says that the calmer and more confident a person can be when working with the bees, the easier it is to interact with them. “The bees can sense if you are nervous.”

The next year, Jacques became the private chef for Boone County National Bank, the first bank to employ such a position in Columbia, serving wild game–studded classic French dishes to its private guests. While he loved being a chef, in 2013, he retired after 22 years to spend more time with his other love — his bees.

Jacques’ apiary produces extracted honey, chunk honey (a blend of the comb and extracted honey), comb honey, beeswax candles, pure beeswax, bee pollen (which can help prevent allergies), and propolis — a resinous substance produced by bees and used as a sealant for unwanted open spaces in the hive. Having antibacterial properties, propolis can also be used in cosmetics, toothpaste, and medicine. “My set-up is simple because I try to keep the honey as pure as possible,” says Jacques.

Jacques performs every part of the process by hand, from hive management to extraction to bottling and distribution. He keeps his honey in what he calls a “warm box,” which is actually an old freezer he has rigged with a large light bulb that holds a temperature of about 100 degrees — warm enough to prevent crystallization without harming the honey.

Bonne Femme Honey can be purchased at the Columbia Farmer’s Market,  Clover’s Natural Market on East Broadway, and A&Y Global Market. Jacques’ honey has made a name for itself – he does little to no marketing and has no need for a website or social media. “It would be too demanding,” he says. “I have no trouble selling all the honey I can produce.”

All About the Bees

Honey bee hives have three types of bees. The queen runs the hive. Her job is to lay the eggs that will spawn the hive’s next generation of bees. The queen also produces chemicals that guide the behavior of the other bees. Worker bees are all female, and their roles are to forage for food (pollen and nectar from flowers), build and protect the hive, and clean and circulate air by beating their wings. Workers are the only bees most people ever see flying around outside the hive. Drones are the male bees, and their purpose is to mate with the queen. Several hundred live in each hive during the spring and summer. During the winter months, when the hive goes into survival mode, and the drones are kicked out.

“In the spring, when all things begin to renew, that is when the real work begins for the bees and the beekeeper,” Jacques explains. The hives have to be cleaned and the queen bee must be checked to make sure she is in good condition and has enough pheromone to keep the worker bees happy. Queen bees are usually good for about two years, but if the queen gets too old, she will need to be replaced.

“The hive can sometimes do this on its own, but as a beekeeper, if I want to maximize the honey production, I interfere and kill the queen and introduce a new queen,” he adds. Jacques says that queen bees can be ordered via the United States Postal Service from breeders located in states that have warmer temperatures earlier in the year.

Another danger to be wary of is overpopulation. If bee colonies become too populated, the bees will swarm and leave the hive. Jacques explains that this is the time when the hives are split. The frames of bees are taken away from a colony and used to create a new hive with a new queen. Managing the population of the hives is an essential part of apiary work to not only prevent swarming, but also replace hives that are lost in the winter, otherwise known as “winter kill.”

“I love beekeeping because it’s so well-connected to nature. It is a noble idea, and I enjoy being outside. I love to do something constructive,” Jacques says. That much is made evident by his hand-built backyard oasis filled with Missouri wildflowers, a vegetable garden, and the colorful stacks of hives.

“If you think that is weeds, it is not — it’s Goldenrod,” Jacques states as he gestures to a row of dormant flowers lining the perimeter of his yard, planted to provide food for the bees. On the far outer edge grows an orchard, which produces pears, peaches, apples, and cherries.

These days, Jacques mostly cooks for himself, family, and friends. An avid hunter of deer, quail, and pheasant, he often finds himself the resident chef on hunting trips with friends. He plans to continue beekeeping as long as his hands will let him.