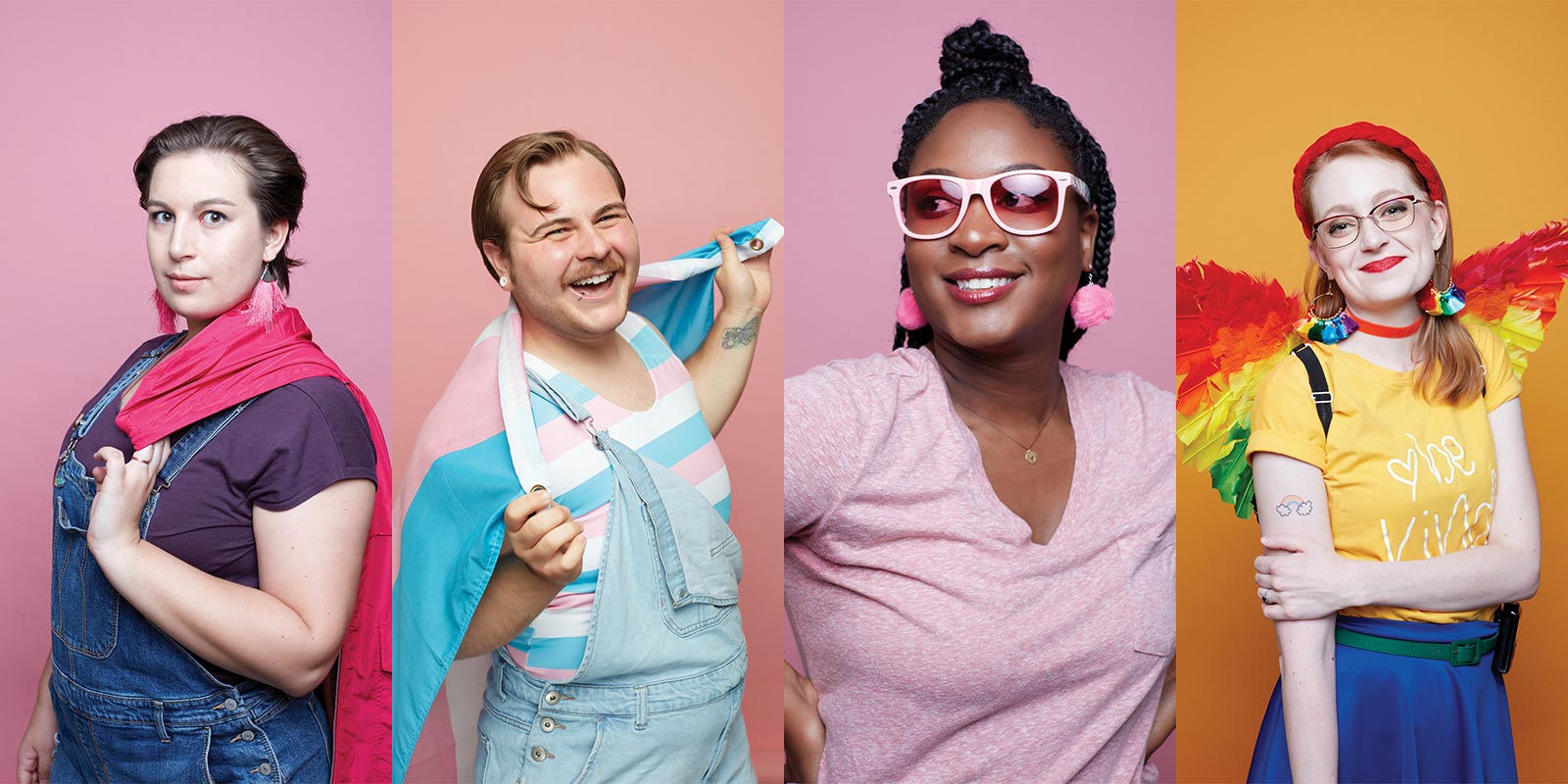 What the various Pride flags mean to members of the LGBTQ+ community.

“For me, placing my mini Pride flags above my desk signaled not only my own sexuality (although a lot of my teens just assumed I was a really good ally), but also that I am a safe person to talk to. I had multiple teens tell me they only decided to trust me once they saw the flags above my desk. While I love my Pride flags as a way to be proud of my own identity, I use them far more frequently to signal a ‘safe haven’ of acceptance.”

“It was not so much as a flag that helped me, but the sitcoms and comedians that helped me. I feel like the kids are going to be just fine. I am really happy to see things on social media where there are younger people who are lesbians. They know who they are, and don’t have a complex about it because they can see it on other media that is not obscure.”

“I grew up not knowing what bisexual is. Having a flag I relate to and being able to see other people with it is a warm feeling. It’s like a found-family when you see someone with the same flag as you. I think of Pride as an appreciation and celebration of the people before us, until now.”

“I think the flag is so important because it allows you to show pride in something about yourself. It allows you to signal to others to say, ‘This is who I am,’ and it allows you to build community with others. There is an homage to the trans flag [on the Pride flag], but people try to lump all of these identities together, and that is not the case. It has been critical for me to say, ‘Yes I am included in this rainbow of identities, but I love being able to grab onto something that is mine.’”