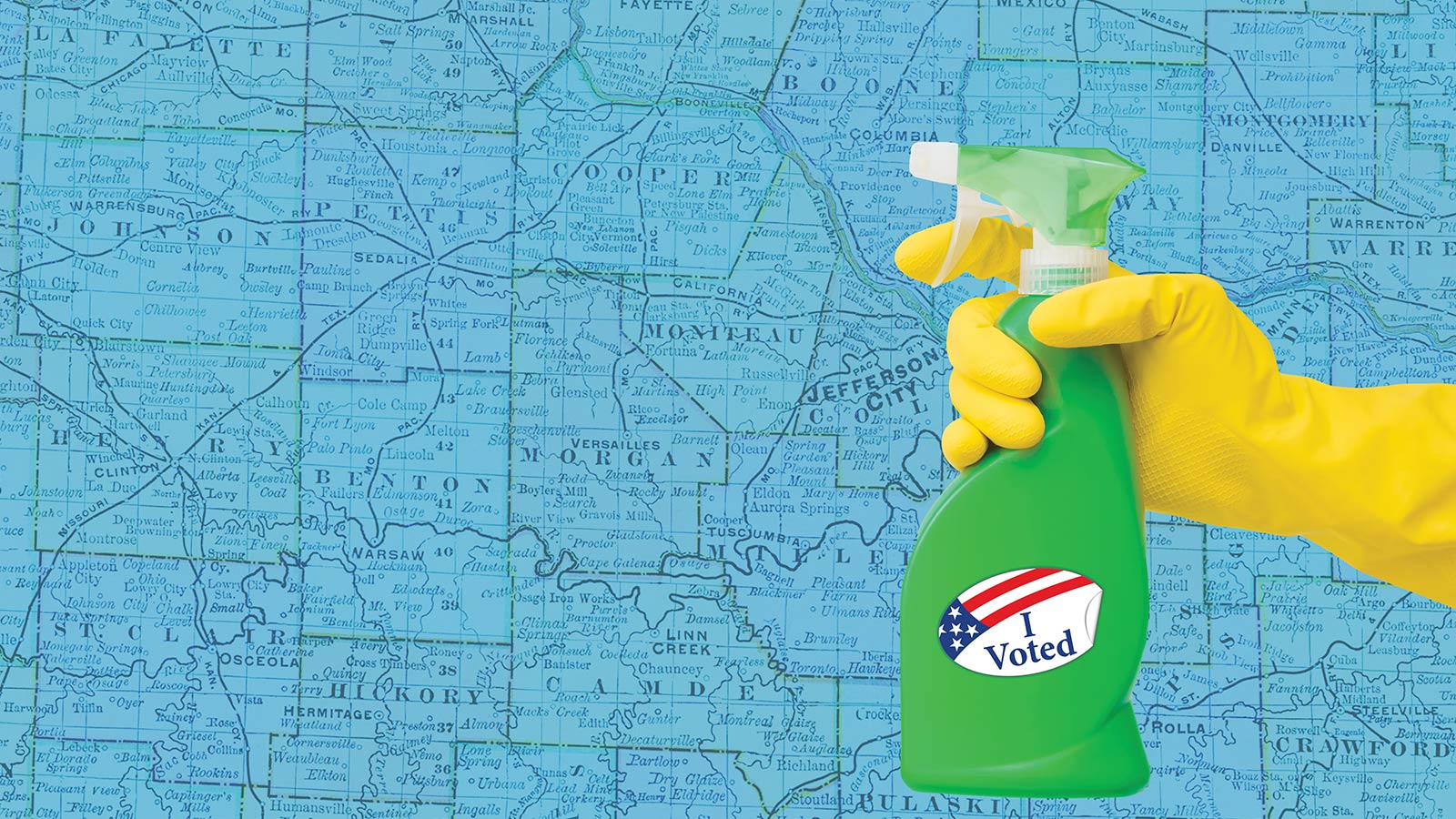 The political battle regarding the “Clean Missouri” amendment.

Way back in January, long before the coronavirus became the yardstick by which everything legislative was measured, the majority of Republicans in Jefferson City had two must-do items on their agenda. One, of course, was to pass a budget. The second was to create a new ballot question that would undo Missouri Constitutional Amendment 1 — the ethics and redistricting measure adopted by voters just two years ago.

Advocates had spent more than $5 million on the campaign to win voter support for Amendment 1 (labeled for campaign marketing purposes as the “Clean Missouri” amendment), while opponents raised only about $340,000. Nearly 1.5 million voters, 62% of those who went to the polls, had marked “yes” on their ballots. It won approval in every one of Missouri’s 34 state senate districts. Getting rid of it did not look to be easy.

Clean Missouri offered an attractive package of ethics reforms — new limits on the behavior of lobbyists trying to affect outcomes in the legislative process coupled with a substantial change in the process by which new legislative districts would be drawn. It replaced the traditional bipartisan commission of map drawers with a non-partisan demographer, and it devalued the standard that districts be compact and community-oriented, making partisan competitiveness the priority. Advocates said that it was necessary to eliminate gerrymandering, the process by which people in power manipulate the voting boundaries in order to remain in power.

“Right now, you’ve got many people who are crammed into small spaces where they are guaranteed to win,” Missouri NAACP president and Clean Missouri advocate Nimrod Chapel, Jr. told me in 2018. “That doesn’t create a responsive district. Nor would some of the stretching, snake-like districts that we currently see.”

From the beginning, the critics of Clean Missouri maintained the ethics provisions were nothing more than appealing window dressing for a radical and unworkable change to redistricting.

“I think there’s a lot of problems with the way this was written,” observed Justin Arnold, the house legal counsel for the Missouri Chamber of Commerce and Industry, prior to the 2018 vote. “And I think Missouri voters have a right to understand those problems.”

“We believe that Clean Missouri was complicated, poorly written,” Missouri Senate President Pro Tem Dave Schatz told reporters in January. “And to this day, proponents continue to demonstrate they don’t really know what’s in it or how it works.”

Critics argue that maintaining a partisan balance in places such as the St. Louis urban core is simply not possible and will ultimately require lawmakers to represent divided districts. They have found support from some black lawmakers who say Clean Missouri will split minority neighborhoods and make it harder for people of color to get elected.

“I am standing here as a black woman first and a Democrat second,” St. Louis County Representative Maria Chappelle-Nadal told colleagues during a debate this spring. “I am unwilling to forego black political power. We’re talking about the representation of our communities.”

But Yurij Rudensky, a redistricting expert at New York University School of Law (Brennan Center for Justice), issued a statement saying undoingClean Missouri will “open the door to discriminatory and likely illegal efforts to draw districts in ways that minimize the power of communities with lots of children.” Rudensky says it will “hit African-American communities especially hard.”

In any case, the Republican-dominated Missouri legislature this year sent Senate Joint Resolution 38 to the ballot. The resolution basically turns back the clock, eliminating the non-partisan demographer and handing the map-drawing responsibility back to separate bipartisan commissions for the house and senate.

Those commissions would be restructured with 20 members each, drawn evenly from all eight Congressional districts and appointed by the Governor from lists provided by the parties. There are six criteria to be followed by the proposed redistricting commissions. The protection of voting rights is at the top of the list. “Partisan fairness” and “competitiveness” are at the bottom. Oh, and the ethics reforms are still there, including a total ban on lobbyist gifts.

So now, the political battle resumes.

“There have been lots of issues we addressed in the past that’s changed over time, and we’ve made changes in them,’” Governor Mike Parson told a February gathering of local reporters at the Governor’s Mansion. “Going back to the ballot box, I don’t have a problem with people going back and saying, ‘Hey, this is what we said, you guys, so do it.'”

Even former U.S. senator John Danforth, a Republican, came out in favor of keeping Clean Missouri, declaring in an op-ed for the St. Louis Post-Dispatch, “The integrity of Missouri’s democracy is at stake.”

St. Louis Democrat Peter Merideth rose to caution house colleagues that nothing has changed since 2018, and SJR 38 was constructed “to allow politicians to preserve their ability to gerrymander their districts.”

In any case, SJR 38 appears to be the final opportunity for opponents of Clean Missouri to get Amendment 1 out of the constitution before the 2020 census is complete and the redistricting process begins. Advocates for Clean Missouri have filed a 59-page lawsuit against SJR 38, claiming in a news release the ballot summary “contains false assertions, misleading language, and conspicuous omissions that will mislead voters.”

At this writing, the ballot language issue has not been resolved. Nor has the public heard from Governor Parson on whether the question will be decided in November or be moved by gubernatorial order to the August primary ballot.

The original version of this article inadvertently omitted the word “undoing” from Yurij Rudensky’s comment about Clean Missouri.