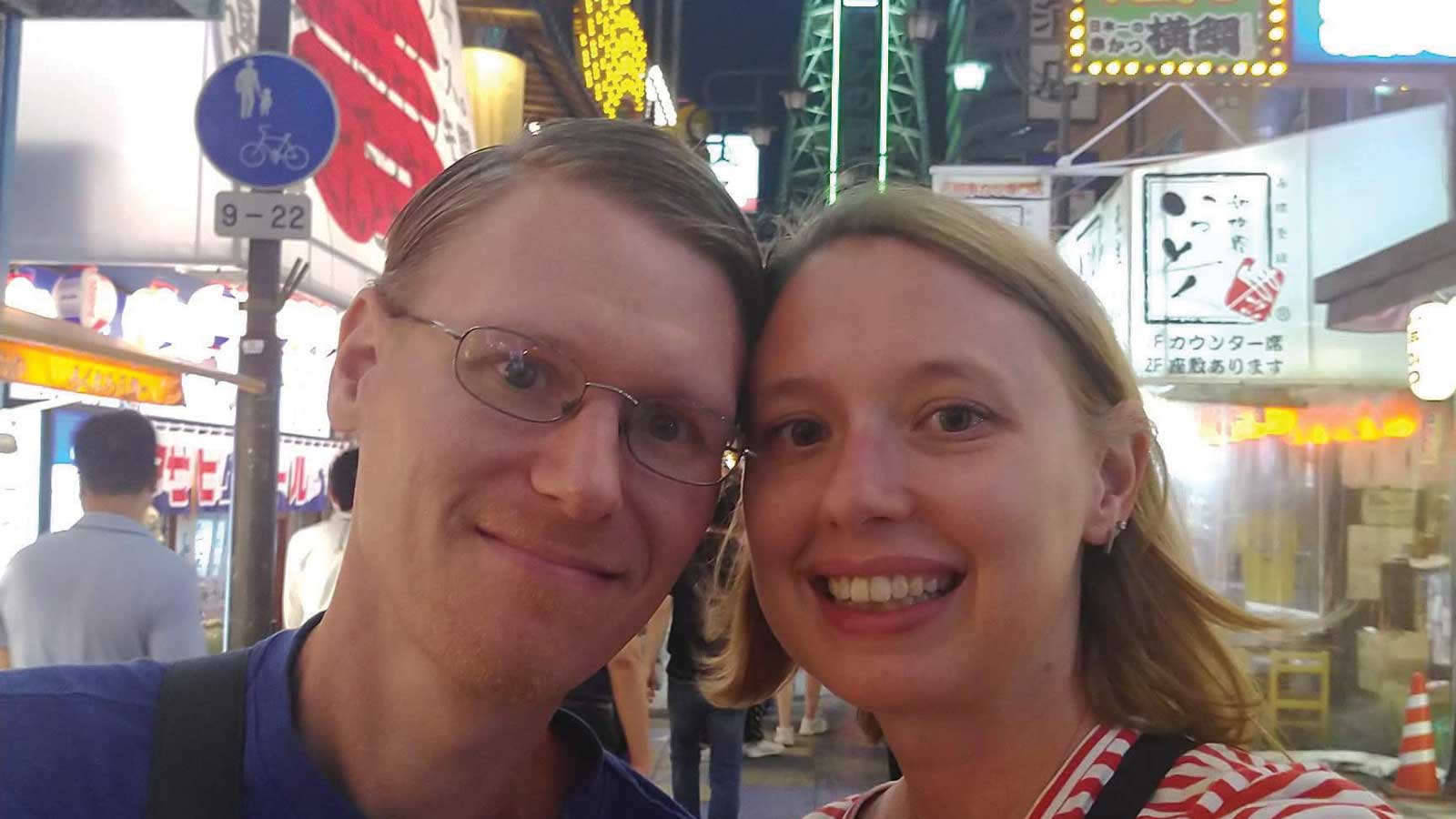 Chad and Jaime Freidrichs describe their nomadic relationship and their favorite places to live and work.

How did you meet?
Jaime: In 2000, the summer before I started college, we both worked at Busters inside the Campus Inn. I was the day-shift waitress and Chad was the night-shift cook, but we worked together one afternoon for an event. He requested to work a day shift so he could work with me, and we went on our first date that afternoon.

What was your first date?
Chad: Jaime accepted my invitation to watch “The Blair Witch Project”! She was terrified, but she put on a brave face. We don’t see scary movies anymore.

What keeps you busy during the week?
J: I help nonprofit organizations raise money by providing fundraising coaching and technical support. All of my work is done by phone, video, or email, so I can work from anywhere with an internet connection. My clients are all in Missouri, so the work keeps me connected with home while we travel.

C: I’m a documentary filmmaker, so I spend most of my time working on my current project. I also do remote freelance editing work and help other filmmakers finish their films.

How does travel play into your life?
C: Travel is at the center of our current lifestyle. We had been settled in Columbia together for over 15 years, but three years ago, we decided to live a “location-independent” lifestyle — where we move from place to place like nomads — for at least a year. That year began in Budapest in May of 2018. Since then, we’ve continued to travel throughout the world, typically living in places for between two and six weeks. We usually return to see friends and family in Missouri at least twice a year.

What do you like to do in your free time?
J: We love watching professional soccer. We’re both really big Liverpool fans in the English Premier League. And as we travel, football (as it is called everywhere else) is a fun sporting event to attend with the local fans. We’ve been to professional soccer matches in Brazil, Turkey, Hungary, Colombia, Greece, and Mexico.

What is the key to a lasting and healthy relationship?
J: Communication. In our wedding vows, Chad promised to talk to me a lot and listen to me even more.

C: I think the basic reason we’ve had such longevity is that we genuinely enjoy each other’s company in just about every context (except scary movies).

What’s your favorite destination and why?
J: Cappadocia, Turkey. It is a magical place with unbelievable rock formations, cave hotels, ancient underground cities, and fantastic Anatolian food. Also, 150 hot air balloons ascend nearly every morning at sunrise, which is an incredible sight from the ground and also an unforgettable first balloon ride.

C: Japan, because it’s the whole package. The place is so different from the U.S. and so fun in so many ways. Japan makes me smile just thinking about it. The cities are clean and green and efficient, and nature is never too far away.

What’s your favorite place to live and work?
C: For longer periods, we’ve enjoyed Turkey, Central Europe and the Balkans, and Thailand. But if I had to pick one home away from home, it’d be Mexico City.

What has been your favorite project to work on together?
J: When we were back in the U.S. in December, we took a short trip to New York City where a clip of Chad’s 2011 film was on display at the Museum of Modern Art. I co-produced and co-wrote the film with him, so that project will always stand out as a favorite for many reasons. Seeing it in a world-class museum with so many people stopping to watch the clip was an amazing experience.

What does the future hold for the two of you?
J: More travel! This year we’ll visit five continents, including Africa for the first time.