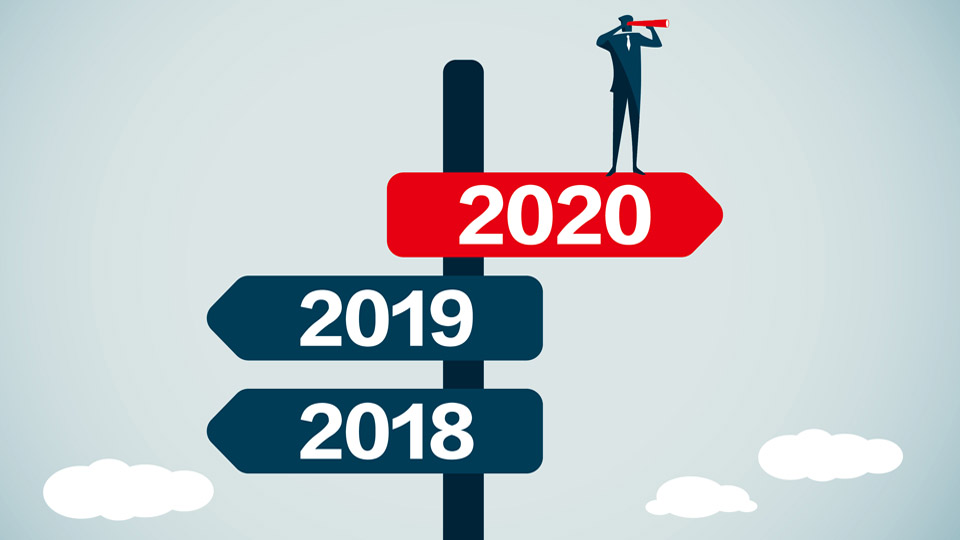 With 2020 being an election year, it will be typical for state lawmakers to view most, if not all, legislative agendas through that prism. In December, lawmakers pre-filed more than 300 pieces of legislation. At this writing, as 2019 draws to a close, here’s a quick look ahead to some of those agendas — particularly the ones likely to draw the brightest spotlights.

The bill that jumped into that light on the first day of pre-filing came from Eureka Republican Dottie Bailey, who wants tight limits on the use of isolation to control behavioral problems in school children. So-called “seclusion and restraint” laws generally have focused on students with emotional disabilities and the practice of putting them in time-out rooms which, Bailey says, can amount to little more than closets.

St. Louis County Republican Jim Murphy has already created a stir with House Bill 1402, legislation that would create a committee to develop a curriculum to teach students how to process information from social media. While critics have seized on the idea that the bill is intended simply to codify the continuing political attack on “fake news,” Murphy insists the effort is non-partisan.

O’Fallon Republican Nick Schroer and Kansas City Democrat Wes Rogers introduced legislation to allow student-athletes to be paid for use of their names, images, and likenesses. (In October, the NCAA Board of Governors voted to lift the longtime ban on such practices.) MU men’s basketball coach Cuonzo Martin has given a thumbs up. Missouri State men’s basketball coach Dana Ford has suggested it could “open a can of worms.”

Election reform is always hot, and a number of lawmakers are making efforts in that arena. Blue Springs House Republican Dan Stacy pre-filed legislation to eliminate open primaries in Missouri, requiring voters to declare party loyalties prior to casting primary ballots. Springfield’s Curtis Trent wants to ask voters to amend the state constitution to say that only a U.S. citizen can vote in Missouri. And Cass County Republican Senator David Sater has offered Senate Joint Resolution 31, which calls for a constitutional amendment to double the number of signatures required to get initiative petition questions on the ballot and require two-thirds voting majorities to pass them.

In 2019, Des Peres Representative Dean Plocher led an unsuccessful effort to roll back the redistricting reforms in the 2018 voter-approved Amendment 1. Sater’s SJR 31 could grease those skids by allowing voters to adopt a new amendment repealing Amendment 1 by a simple majority vote. Other new legislation will attempt to close the primary election process to voters who declare party preferences.

The public will see the perennial issues, ranging from a repeal of mandatory helmet use by adult motorcycle riders to MONA, the Missouri Nondiscrimination Act, which has been filed every year for more than two decades and would extend constitutional protections to the LGBTQ community. The debate over access to health care will be renewed, with Democrats looking once again to expand the eligibility for Medicaid. Kirkwood Democrat Deb Lavender has pre-filed House Bill 1678 for that. A public initiative also seeks to put a Medicaid expansion proposal on the 2020 ballot. On the other side, Springfield’s Steve Helms and other Republicans will focus on controlling health care costs in the private sector. And for a fourth straight year, St. Louis Senator Jamilah Nasheed will try to pass legislation to restore voting rights to more than 60,000 felons released from incarceration.

Skeptics will label some bills as election-year populism.

Springfield Republican Sonya Anderson’s House Joint Resolution 67 calls for a constitutional amendment to provide tax exemptions for real estate and personal property owned by veterans disabled by combat injury. Anderson is chair of the House Majority Caucus and pitched the bill in a press release by noting “…heroes put themselves in harm’s way in service to our country, and that service led some to suffer injuries that have left them facing a lifetime of challenges, both physical and financial. “If lawmakers approve, the amendment will appear on the November ballot.

Public opinion might be piqued by a new proposal to make daylight saving time a permanent thing. Macon County’s Tim Remole has filed House Bill 1356 to create a pact open to any state that wants to join Missouri in “springing forward” without “falling back.” The bill would pull that trigger when the pact reaches 20 states. Missouri House Speaker Elijah Haahr has called the adoption of a uniform and permanent time structure an “idea with some merit.”

Mid-Missouri lawmakers have their own priorities. With Senate Bill 572, Majority Leader Caleb Rowden of Columbia has pre-filed special legislation to use state dollars to pay for additional officers for an understaffed Columbia Police Department. Rocheport House Republican Chuck Bayse wants to reclassify the crime of using a gun with the serial number removed from a misdemeanor to a felony. Columbia Democrat Kip Kendrick proposes to increase the fuel tax to fix roads and bridges. (That’s bold, given that lawmakers almost never approve tax increases in election years.)

And while the possibility of any bi-partisan effort in an election year might seem remote, lawmakers are ready to cross party lines to revamp Missouri’s laws regarding the transmission of HIV. House Republican Holly Rehder, of Sikeston; House Democrat Tracy McCreery, of St. Louis; and Senate Democrat Kiki Curls, of Kansas City; have joined forces to modernize “Missouri’s outdated and medically inaccurate criminal statutes concerning HIV.” Right now, Missouri and most other states impose felony-level penalties on HIV-positive people who cannot prove they disclosed their HIV status before engaging in sexual activity. The lawmakers say it generally comes down to one person’s word against another’s. They’re back this year with bills that would eliminate the HIV-specific language in the statutes, and replace it “with a broader ‘communicable diseases’ category.”