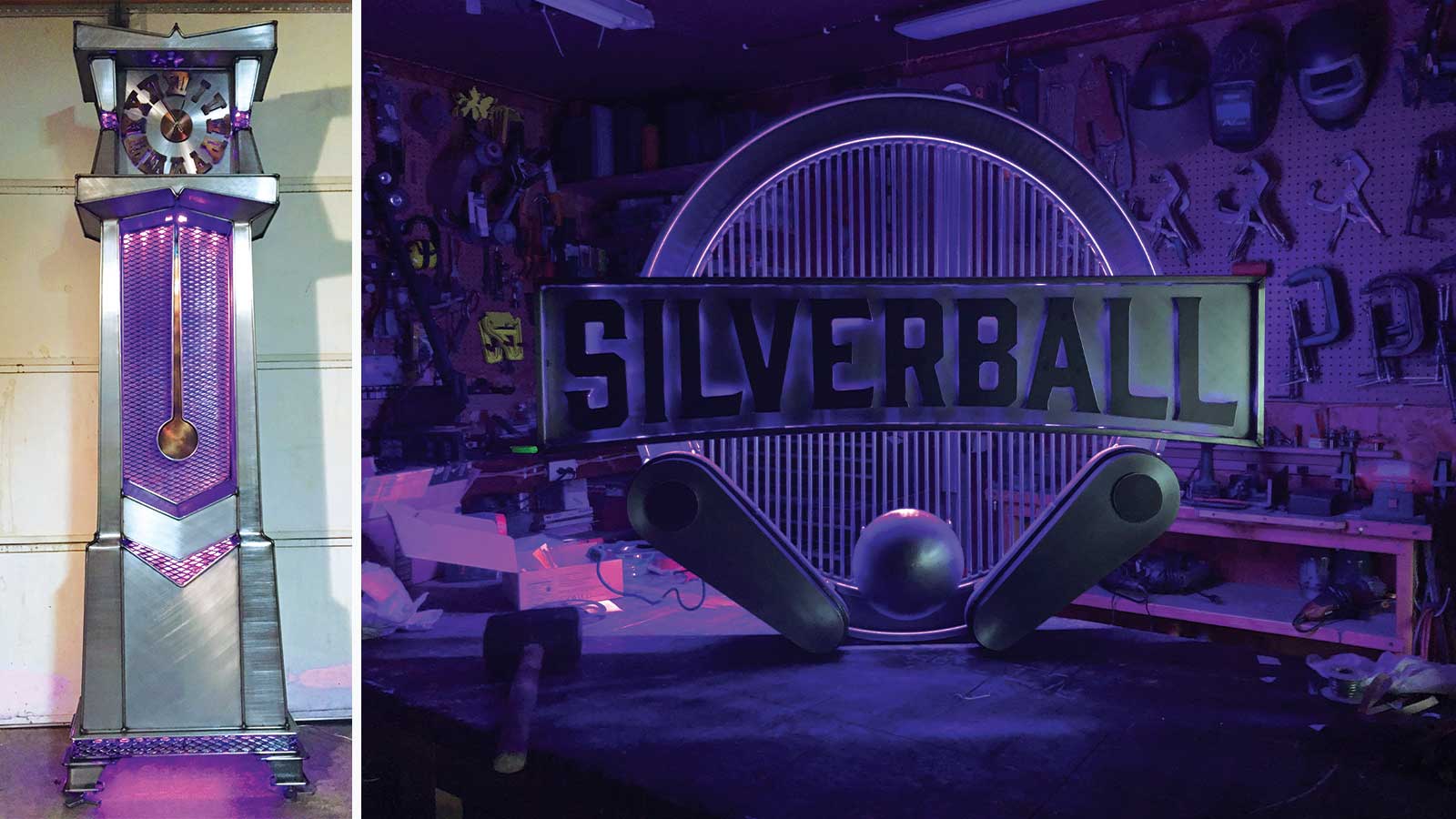 Emmett Russell moves to Columbia in hopes of turning his metalworking dreams into reality.

Emmett Russell first took the initiative to learn how to create metalwork while working in a factory.

“When I was 19, I was working in a trailer factory. I didn’t do college well, and I needed to pick up a trade, and it was becoming obvious that to make good money, welding was a good trade,” says Emmett.

He was originally screwing down floors on the trailers when he asked to be switched to the welding department. Then in 2009, he moved to Columbia with his family and started his own metalworking business.

Today, Russellbilt specializes in custom fabrication with metalwork and woodwork, and Emmett creates anything from grandfather clocks to staircases.

Getting Started
When first getting started, Russellbilt focused on small home improvements. Emmett completed a lot of kitchen and bathroom remodels, built doors and windows, and slowly started picking up custom projects. Two years ago, Emmett was able to transition from building custom projects part-time to full-time.

“My whole plan when moving here was to start my own business, and my wife would get a good job. The plan of what we wanted to do is what we are doing today,” he says.

Emmett and his wife, Nancy, moved to give their son Ethan better access to autism resources and medical resources related to a genetic kidney disease. Ethan needed a kidney transplant when they first moved, and several years later they discovered their daughter Emma also needed the same transplant.

“The business was built because of my son’s needs, my family’s needs, for me to be able to support our family,” he says. “Building a business is tough. I’ve made a lot of mistakes, but I’ve learned a lot of good lessons.”

Claim to Fame
As Emmett started growing his business, he discovered the advantages of gaining a social media following. In 2016, Joe Rogan, a comedian, mixed martial arts commentator, and host of “The Joe Rogan Experience” podcast, followed Russellbilt on Twitter.

Emmett reached out to him, asking if he could send Joe a piece of his work. Joe agreed, and Emmett created a grandfather clock built completely out of metal and LED lights. Joe posted the clock on his Instagram and Twitter pages, providing Emmett with a self-titled claim to fame item.

“It’s turned into this thing that has continually fed me and just paid me back in ways of jobs,” Emmett says.

Emmett has been invited on six different podcasts because of the exposure the grandfather clock has given him. He recently built another grandfather clock for Brenden Schaub, a former MMA fighter turned comedian and podcast host. He has also built signs for four other podcasts, including the welding podcast “Arc Junkies.”

Keeping It Small
Emmett has been a success among many local businesses in Columbia. He recently finished building furniture for Fretboard Coffee, including a coffee bar with a bar top that replicates the fretboard of a guitar. He has also made several signs for Silverball and is a contributing artist to Tigers on the Prowl.

In the future, Emmett plans to continue operating Russellbilt how he’s operating it now. “I think the idea is to keep it small,” he says. “I don’t want to be a manager. I’m a business owner so I can build the things I want to build and to fit my family’s needs.”