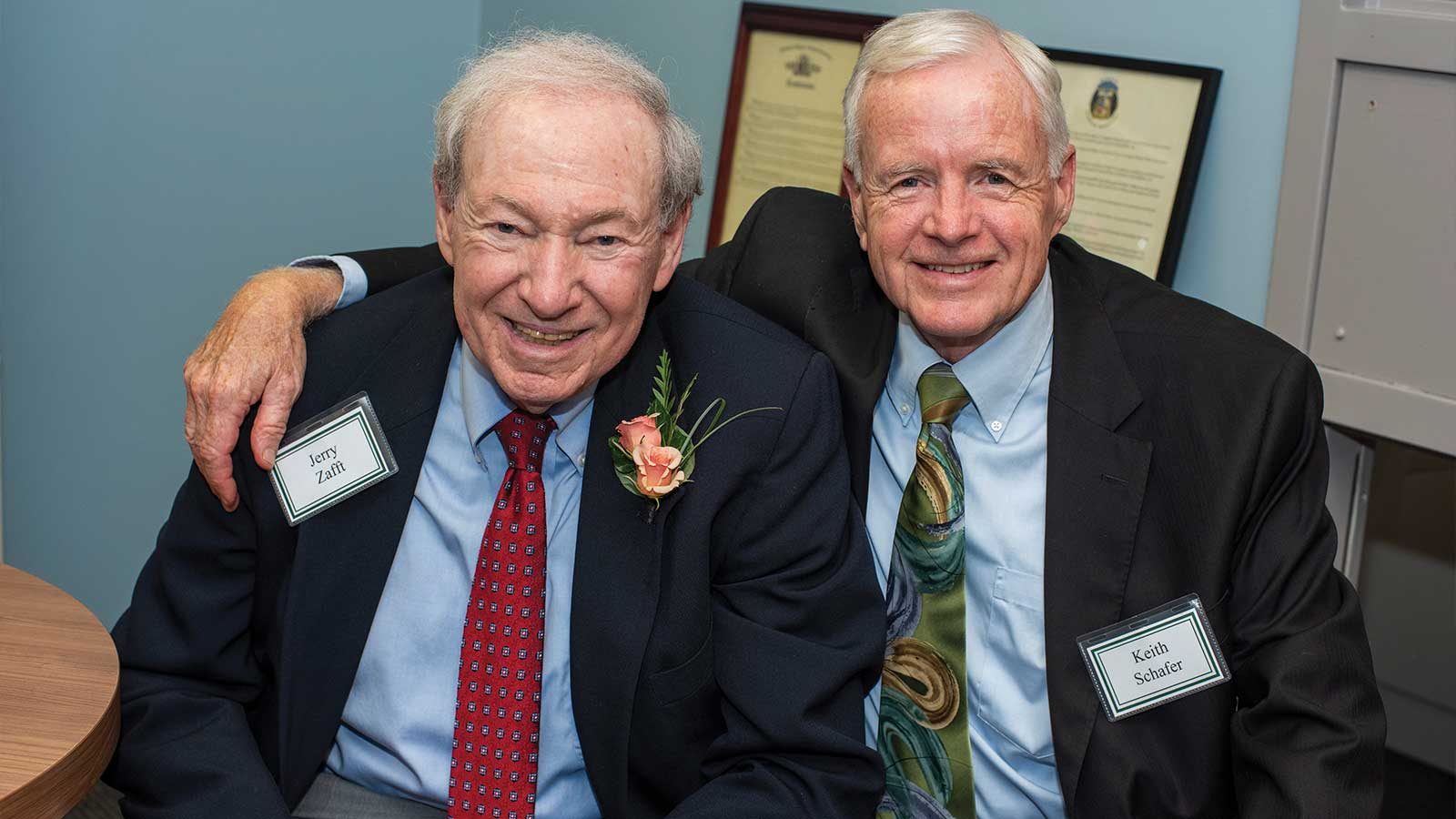 Midwest Special Needs Trust has financially assisted individuals with special needs and their families for 30 years.

Midwest Special Needs Trust, a nonprofit that administers trusts across nine different states, celebrated 30 years of business in August. Executive Director Kathy Birkes, who’s been with MSNT since 2016, says their success “sends a message of solid, secure confidence to individuals.”

MSNT administers special needs trusts for people with disabilities. The trusts are financial tools that allow people with disabilities to receive and hold money while retaining their eligibility for public benefits and services. This is “an ongoing and continuing process, and it will be there for anyone as long as they need it,” Kathy says.

The nonprofit was founded by Jerry Zafft, an attorney in St. Louis. Jerry had a child with special needs and soon realized there was an issue within the financial world affecting his family.

“He did a lot of estate planning and he had seen circumstances where a grandmother inadvertently left money to a grandchild and made them ineligible for their needed services,” Kathy says.

Jerry chaired the Mental Health Commission and worked with Keith Schaefer, who was the director of the Missouri Department of Mental Health at the time. They met with then Governor John Ashcroft to promote the idea, and he put together blue-ribbon panels across the state to look into the issue. Jerry wrote a bill that had bipartisan support and passed through the legislature easily, and by 1989, MSNT was established in state statute.

The first trust account the nonprofit set up was for Jerry’s son, Jeffrey. “It’s been a matter of growing and developing ever since then,” Kathy says. Now, MSNT has overseen and administered over 2,000 trusts and currently has almost $40 million in trust assets.

Kathy says they’ve become a thriving organization that helps provide support to families trying to figure out long-term financial support and care for their loved ones with special needs.

“These are families that have to spend a lot of time just trying to navigate the system and figure out the services and how to get to them, and then they have other children. They’re also trying to think about their retirement for their family, for themselves. They’ve got a lot of bases that they’re trying to cover,” says Kathy. “We just want to figure out a way to not overwhelm them, but to make them aware of a resource and maybe something that can relieve some of their anxiety and relieve some of their worries about the future.”

Expanding Beyond Missouri
MSNT can establish and open trusts in eight additional states, but they can also administer a trust no matter where the trustee lives in the United States, says Kathy.
Two years ago, Kathy presented at a conference in Hong Kong after the country’s government became interested in the idea of special needs trusts. Last year, Kathy was asked to present at the Fifth World Congress on Adult Guardianship in Seoul, South Korea on special needs trusts and to meet with academic, legal, and governmental representatives.

These two opportunities demonstrate how MSNT is reaching across the globe, not just across Missouri.

“We often have folks telling us how much they appreciate [our work] and what a difference it’s made in their life, and they’re just so grateful for it,” Kathy says.

Looking Back, Looking Forward
To celebrate their 30th anniversary, they created the Jerry Zafft Award; the first recipient of the award was none other than Jerry Zafft himself.

“We wanted to reach back to some of the folks that were involved during that original effort to create the organization and we wanted to say ‘thank you,’” Kathy says. “We really wanted to honor Jerry and all of his efforts.”

In terms of the future of MSNT, Kathy says she is working on developing a strategic plan with the board. She says it’s always good to revisit what they do and to look into the possibilities of wraparound services and additional support — after all, MSNT wants to make sure they’re reaching all people that could be benefitting from their services. Kathy believes a strategic plan is their next big step, and within that strategic plan they will surely think about the next 30 years and how to best serve people with special needs within that timeframe.

“I really feel very passionate about the work that’s being done,” Kathy says. Their work is important to the community because it helps those who would otherwise be negatively affected by the system, she adds. “When we can help each other, we all rise.”

Mission:
To provide compassionate, professional special needs trust administration services to enhance the lives, and often the abilities, of people with special needs.