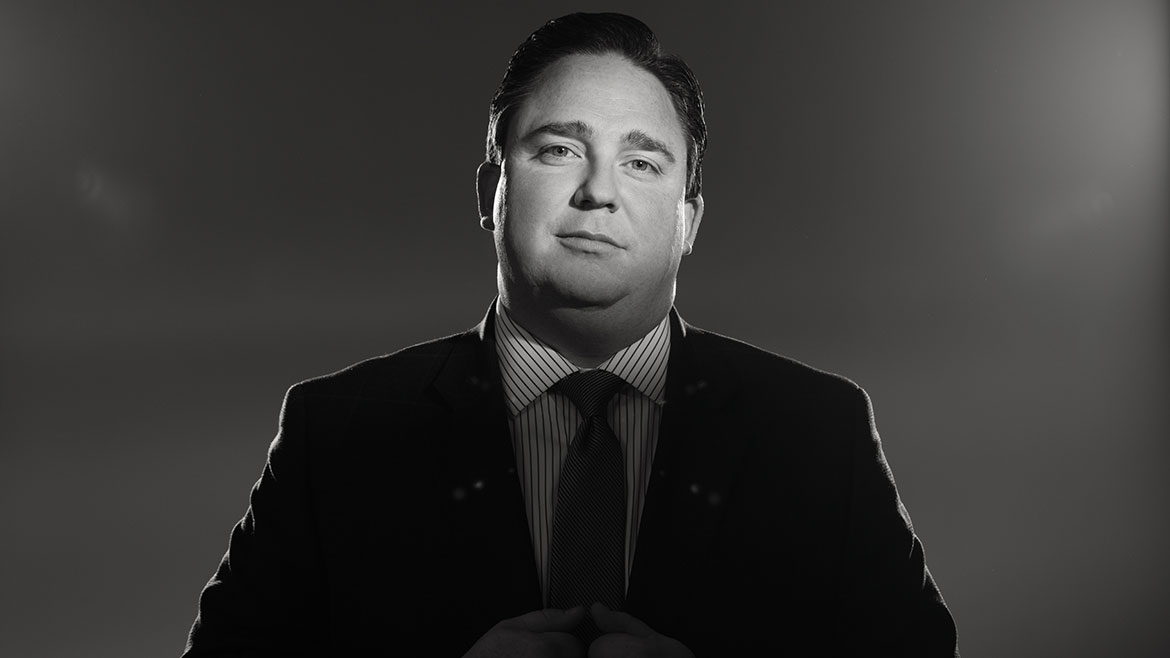 Whether walking into the courtroom, a board member meeting, or mingling with people in the community, Josh Devine’s easy smile and jovial voice quickly fills the room. The joy he exudes comes from his love for his family and for his profession, which are tied closely together.

Both Devine and his wife, Christina, are attorneys. They met on their first day of law school at MU even though they had both grown up in Columbia and attended Truman State University at the same time.

Devine’s father was also a law professor at MU for 30 years, so you might say law is in his blood. But that’s not why Devine chose to be an attorney. “I love helping people,” he states simply.

His desire to help others has also led him to serve on Ronald McDonald House Charities of Mid-Missouri’s board. “I am passionate about helping children in our community. The board participates in community projects throughout the year, and I enjoy participating in all of them,” he says.

Sally Silvers, the board’s president, says that when the board was looking for a new member to offer legal advice, Devine’s name was mentioned by several people, and he joined soon after. “He offered his legal expertise when necessary and never with any sign of arrogance but with the organization’s best interests at heart,” she says.

Devine offered this legal help until he was appointed to be an associate circuit court judge last year. He was one of the state’s youngest judges. “Becoming a judge at age 36 — I never thought I would have the opportunity to serve as a judge, and I was humbled to serve in the community where I was born and raised,” he says.

While serving as judge, Devine couldn’t offer legal advice to Ronald McDonald House Charities, but he still served on their board and even involved his family by bringing his young sons to events.

This year, Devine will transition back into private practice and possibly earn his fifth year of being named to the Missouri and Kansas Super Lawyers Rising Stars list, which he was named to for four consecutive years from 2014 to 2017. Only 2.5 percent of attorneys are recognized with the award.

Fun Fact: Many of Josh’s family nights are spent watching his wife’s cousins play in the NBA.